Few weeks ago, it was reported that the business of our proud and famous Port Klang took a terrible hit, when 5 major shipping companies chose to move their operations down South to Singapore. Most of the firms that left are part of the newly formed Ocean Alliance, and it’s said that it will cause Port Klang to lose about one third of its business!

But before we start assuming bad things about Malaysian Ports and shipping out the blames to Port Klang, there are many questions to be addressed here. And even though it might seem obvious, why did these companies all leave Port Klang at once?

It’s nothing personal to Port Klang, the companies just had to abide to the terms

Firstly, we need to know that the global shipping industry after the financial crisis was experiencing the same thing as the Titanic after it hit the iceberg: sinking. Across the world, export volumes weren’t what they used to be. The International Monetary Fund (IMF) found that between 2008 to 2015, the global export volume was at a 2.9% average, which is less than half of what it was in 2001 to 2008. Less exports, would also mean less need for ships to ship them.

AP Moller Maersk, which is the world’s largest shipping company in terms of capacity have also seen better days. Their profits were on the decline since 2010, dropping as much as 15.3% in 2015, and 17.3% in the first nine months of 2016. If we take a look at these indexes ahoy, which gives a rough view of shipping fees, it’s a clear picture of what companies can expect to earn. And if that wasn’t bad enough, shipping companies are being burdened with increasing capacity, as in new ships that they’ve ordered years ago. So it’s kinda like buying enough chicken wings for 50 people but only 5 people showed up. But unlike chicken wings, you can’t just throw it away or eat it for yourself. To solve this problem, shipping companies have begun to form alliances to share resources and minimalise lost, which brings us back to Ocean Alliance.

. Basically: A bunch of companies got bought over by bigger companies, and a lot of them have stake in Singapore. So they all formed a club and moved to Singapore.

So everyone’s losing business. But, how profitable are Malaysian ports anyway?

Sejarah taught us that the rise of Melaka as an entrepot was largely because of its “kedudukan yang strategik” in the Straits of Melaka. Hundreds of years later, that still kinda true. It is the 2nd busiest waterway in the world, and 40% of the world’s trade pass through it every year. Last year, it hit a record number of 84,000 ships.

But as for profit, Malaysia isn’t getting as much as we’d like to imagine. Firstly, we do not/ cannot collect any sort of toll from passing ships, as the Straits of Melaka is jointly owned by Malaysia, Singapore, and Indonesia. Also, passage there is considered “transit passage”, which is deemed legal by a UN sea law.

The main way we profit is actually from ships parking at our ports and using the services, like tugboats, container handling and storage. But how much money are Malaysian ports making? A study by Universiti Malaysia Terengganu studied the number of foreign vessels between 2010 and 2014, in four major Malaysian ports: Port Klang, Penang Port, Johor Port, and Port of Tanjung Pelepas. It found that only about 1/3 of foreign ships docked in Malaysian ports. For Port Klang, their lowest figure was in 2014, at 13,377 ships. Looking at their financial report for that year, income from operations was reported to be at RM206.5 mil, but the profit of the company after tax was only at RM12.8 mil. Given that the GDP of Malaysia was around RM1012 billion in 2014, port service is hardly a pillar of Malaysian economy, and more so considering such services no need to charge GST also.

NAH, BACA:
Smoke Candy has been sold in Malaysian shops since 2012 (and maybe earlier)

Wah, so business not so good, but why we still building more ports?

Wah. Make Melaka look like kampung only. Image from eurasianbusinessbriefing.com

If you were not aware, Malaysia has a few big port/ port related projects lined up. Among them are two port city projects: the Carey Island Port in Selangor and the Melaka Gateway, and also the East Coast Rail Link (ECRL) that will connect Port Klang and the east coast of Peninsular Malaysia. The projects are estimated to cost RM42 billion (Melaka Gateway), RM55 billion (ERCL), and around RM1 trillion (Carey Island) !!!

Ok so the Carey Island thing is a 20 year project, and it will be bigger than Port Klang, so no wonder lah. But many experts and insiders are expressing their doubts in the idea of new ports.

“Talk to any shipping company official and they will tell you it doesn’t make sense. The fact that the plans for the port switched from container initially to cruise, and now to liquid cargo, says a lot.” – A port official who knows the details told The Edge Markets

Some point out that the manufacturing industry a.k.a the industry that shipping thrives on, has been on a decline in Malaysia. Indeed, many big companies such as British American Tobacco, JVC, JTI, Seagate and Western Digital have recently moved out of Malaysia to greener pastures. Instead, experts ask for the gomen to invest in making existing ports more efficient and competitive instead.

“If Singapore can provide port and port support services which are more efficient, shipping players will head there. This is why it’s crucial for our ports to have the most advanced equipment and infrastructure as well as efficient support services.” – Economist Hoo Ke Ping told Free Malaysia Today

But Transport Minister Datuk Seri Liow Tiong Lai remains optimistic about the success of the ports, as he says the new ports will meet future demands. He also said that the effects caused by Ocean Alliance will be temporary, and cited Malaysia’s growing local production and trade.

“Only the transshipment volume came down a bit but our local volume increased. We can see a strong growth in Malaysia, especially our economic production.

In 2016, our total trade stood at RM1.48 trillion while for the first seven months up to July 2017, it has surpassed RM1 trillion, the fastest pace ever,” – Datuk Seri Liow Tiong Lai, quoted from The Straits Times and Free Malaysia Today

Malaysia even has a port alliance with China, and so far 21 ports from both countries have signed up! The alliance is to promote technology and knowledge sharing on port technology, container processing and also to speed up processes by reducing red tape.

For the big port project’s sake, hopefully shipping will get better soon 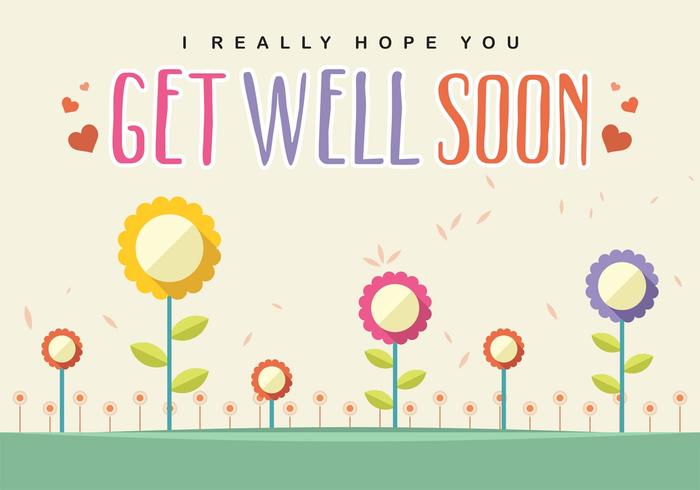 In August 2016, Hanjin Shipping, South Korea’s biggest shipping company and the world’s seventh largest, was declared bankrupt. When that happened, 66 of its ships, its sailors and 14.5 billion USD (RM61.16 billion) worth of cargo were left stranded at sea because ports were afraid that they wouldn’t get paid. But since then, things seems to be looking up slightly this year.

Cosco (one of the companies that moved out of Port Klang) reported a 1.85billion yuan (RM1.18 billion) the first half of this year, compared to a loss last year. A.P. Moller-Maersk, the world’s largest shipping company, even sold off its oil business, which experts believe to be a signal of confidence in the shipping industry. We can expect things to be good, but just not as good as they were back then.

Turn that frown… upside down! Gif from imgur.

“People tend to look back to the glory days of 2003 onwards and say ‘when are we going to get back to those fabulous markets when it was $150,000 a day for a capesize ship?’ The answer is probably never because that was a very unusual market situation.” – Jeremy Penn, former chief executive of London’s Baltic Exchange, quoted from The Telegraph

In the end, we can sort of expect things to get better. But attracting ships to Malaysian ports is still a challenge for Malaysia. After all, PSA Singapore’s terminal is the world’s second largest, while Port Klang is close, but not in the top 10. Also, hopefully we’ll have one more thing to beat Singapore in.