If we could describe what’s going on with the People Progressive Party (MyPPP) with a Malay proverb, it would be ‘fallen already got hit by ladder some more’. In case you have never heard of them before, you can read this article here for a quick recap, but here’s the thing: the party recently got de-registered, meaning that they basically got demoted from a functioning political party to… well, a bunch of people. 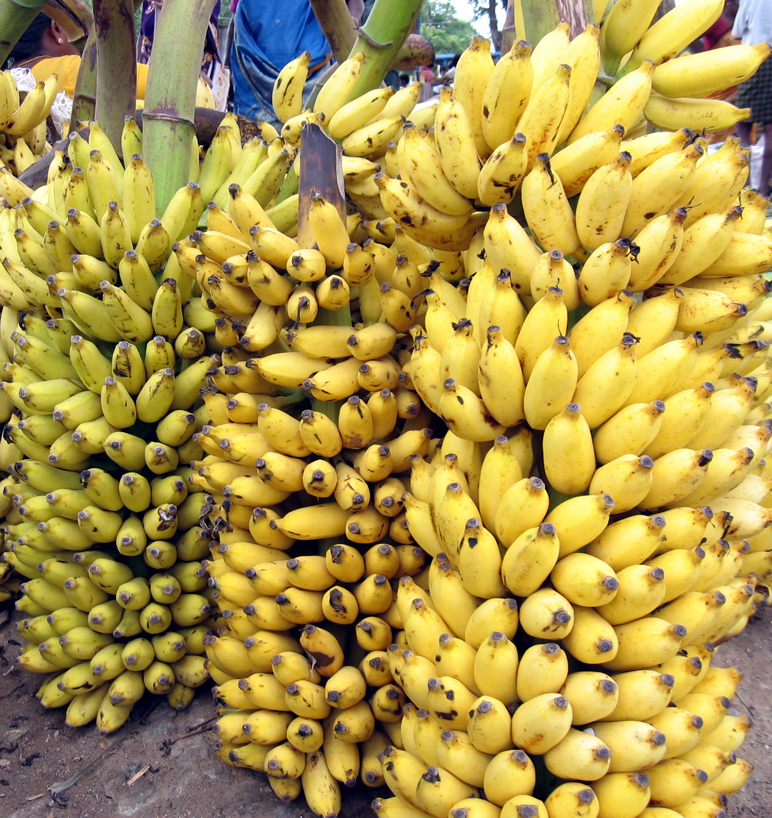 Which is less tasty than a bunch of bananas. Img from Wikimedia Commons.

On Jan 14, the Registrar of Societies (ROS, which has powers over practically any societies that needs registering) issued a notice to the leaders of MyPPP saying that the party is no more, based on Section 13(1) of the Societies Act 1966. This is quite a blow to the party, as the notice arrived very close to a Parliamentary by-election happening in Cameron Highlands, meaning that they cannot contest in it even if they wanted to.

While it may sound surprising…

Many of us might remember that just a few days before the parliament was dissolved in preparation for the GE14 last year, Mahathir’s Parti Pribumi Bersatu Malaysia (PPBM) got temporarily de-registered by the ROS as well. The move caused quite an uproar among the party, as when a party gets de-registered, they can’t use their logo or conduct any party activities, like campaigning. With that happening very close to GE14, it crippled the party’s election preparations, and some said that it’s an abuse of power by the government, as the ROS is under the purview of the Home Ministry, which is under the ruling government.

“In order to win the elections, he has ordered my party Bersatu to be declared illegal. I am not allowed to identify myself with the illegal party,” – Dr Mahathir, as reported by Straits Times. The reason given behind PPBM’s de-registration was missing paperwork. According to ROS, PPBM had failed to meet a 30-day deadline to hand over that papers that prove the party’s compliance with registration requirements. If they can hand the papers in within 30 days of the notice, they can get back in business, and the issue later got settled peacefully in court.

But it was not just PPBM having problems with the ROS. Back in 2017, Pakatan sent two letters to ROS and another one in 2018 asking them to recognize it as a registered coalition. However, they never got a response, and in February they went to court to file a judicial review asking ROS to respond to their letters. Mahathir receiving the registration certs from ROS. Img from NST.

Both these issues were finally resolved on May 17th last year, which you might notice as a little over a week after GE14… which is perhaps why Pakatan used the PKR logo during the elections. The Democratic Action Party (DAP) also got into trouble with the ROS before GE14, but they weren’t threatened with de-registration, only the risk of not being able to contest under their own logo.

Getting back to the de-registration of MyPPP…

So is this a case of Mahathir getting back at the Opposition? Looking back at the examples in the previous header, it might be tempting to jump at the conclusion that the government of the day can potentially use the ROS to de-register parties that they don’t like. Especially since back in November, after the government changed, reports were flying that more than 60% of UMNO branches nationwide can possibly be de-registered for failing to submit their reports after their meetings, and a show-cause letter in October from ROS asking UMNO to explain “operational irregularities”.

NAH, BACA:
How did Malaysia and Japan's relationship heal after WW2?

However, with MyPPP, the issue is a bit complicated, with half of the party being aligned to BN and the other half kinda supporting Pakatan in a way. Basically speaking, back before GE14 a bunch of stuff happened, with the then president Tan Sri M Kayveas going great lengths to contest in Cameron Highlands in place of BN. But the seat was given to MIC, and Kayveas didn’t like that. The other half was disturbed by what Kayveas allegedly did to get Cameron, giving up many of their original seats to BN but getting nothing in return, all without consulting other people in the party. So they gathered under another leader, Datuk Seri Maglin Dennis D’Cruz. So now we have a MyPPP faction that’s not part of BN (Kayveas) and a faction that remains friendly with BN (D’Cruz). The dispute got to a point where Kayveas said that he resigned as president, but at about the same time the other half sacked Kayveas from the party. Kayveas did a U-turn and claimed that he is president again, and they continued to fight over who is the real president of the party. They even had two separate annual general meetings under the two different leaders in May.

Late last year, the ROS sent a notice to MyPPP asking for them to sort out who’s the real leader, but since they are still disputing over it, after considering the appeal made by the officers of MyPPP, the ROS decided to de-register it.

“The RoS is of the opinion that the appeal made does not provide enough reasons. In this respect, the said party as named here has been cancelled starting from the date of this notice (Jan 14, 2019),”- Part of ROS’s notice, from NST.

So in MyPPP’s case, the dispute stretched all the way back before GE14, and it got a recent dash of spice when Kayveas tried to contest in the upcoming Cameron by-elections under MyPPP (he couldn’t). But as far as we can tell, it’s not directly about the election, but more like the party being split internally with no clear leader. Despite that, one might wonder…

Does the ROS have too much power in its hands? When you go a few days without threatening a party. Img from Imgur.

Simply speaking, the ROS has jurisdiction over any legal society that wishes to be recognized by the government, plus it’s under the power of the Home Minister. So in political terms, it can be quite a powerful entity. And what power it has. One of the things put forth by the Societies Act 1966 is that the Minister has the power to use his ‘absolute discretion’ to declare any society unlawful, and consequently de-registered (Sections 5 and 13). Some had called the power of the ROS as ‘unchecked’, and there are possibilities of a conflict of interest, since the Home Minister overseeing it is part of the ruling coalition.

The decision of the ROS to de-register MyPPP can also set a bad precedent for other political parties in the future, according to Datuk A Chandrakumanan, former MyPPP vice president. Due to the shady nature of MyPPP’s power struggle, Chandrakumanan had said that in the future, members of a party who have problems with the party’s leadership can just hold their own meetings without clearance to take over the party, like what happened in MyPPP.

Regardless of all that, after receiving the de-registration notice, both leaders of the party had expressed their intention to appeal directly to the Home Ministry within 30 days of the notice as allowed by the Societies Act. But how will it turn out this time? Judging by the statements by both Kayveas and D’Cruz, we’d say that both aren’t willing to step down just yet, so… we’ll see how that goes.