Just like how the Japanese have their Shiba Inu, the Russians with their Siberian Husky and the Germans with their German Shepherd, we Malaysians have our own breed dog, too! It’s called the Telomian, and it’s considered one of the rarest dog breeds in the world, ranked #1 out of 20 rare breeds.

Where did they come from? Well, for that, we have to thank the Orang Asli. As you can probably guess, they didn’t breed the Telomians cause they wanted a cute handbag accessory. Since the Orang Asli are all about practicality and survival skills, they bred the dog to protect their huts from pests like rats, snakes and other creepy jungle creatures. The dogs are also pros at hunting and detecting dangerous element. So before we go any further, how about we get to know the Telomians first?

The Telomian lives a lifestyle like the Orang Aslis Say hi to our fellow pet citizen! Image from dog-learn.com

The name Telomian was coined by anthropologist Dr Orville Elliot in 1963 cos he found the doggies near the Telom river in Pahang (wow, that’s anticlimactic). They were a very rare breed since they can only be found in the jungles and with that, they have also heavily adapted to the Orang Asli lifestyle.

For example, they developed the rare ability of climbing cause their owners built their huts on stilts 6 to 8 feet above the ground to avoid previously mentioned creepy jungle creatures. And this has also strengthen their paws in such a way that modern Telomians have a strong grip and can do things from holding objects to opening doors. Aww, can you imagine coming home and your doggie opens the door for you? Hello yes, can I help chu? My master no home. Image from mrsbehaviour.com (P/S: The cutie above is not a Telomian)

If your house has a lot of pests like mice and snakes and you’re too cheapo to go for a regular extermination, maybe you can consider getting a Telomian cause these guys have a natural instinct to prey. They are also known for alerting their families of any threats or danger which means that they can double as a home alarm, too! Wow we’re liking this doggo already.

Check out this video of a Telomian climbing a tree! 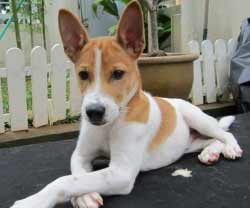 Considering how they’re leaning more towards feral than domesticated, they actually don’t look very threatening. They belong to the small to medium-sized dog category and a distinct characteristic would be their blue tongue. 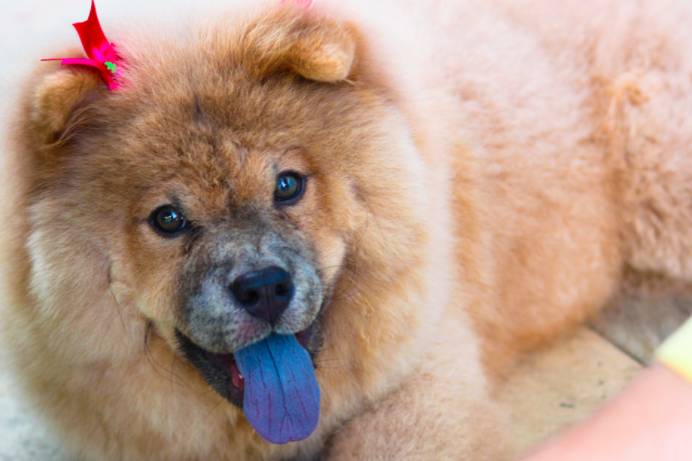 Blue like Chow Chow! Sorry we couldn’t find a photo of the Telomian’s tongue. Photo from Flickr user laurasardinha

In fact, an adult Telomian can only grow up to 48 cm and will weigh around 12 kg. Maintenance-wise, their short coat don’t need a lot of grooming time. But they do have a lot of energy that may need owners to sacrifice lepak sessions in front of the TV for daily walks and play time. Apparently, they’re also very intelligent, so don’t try to fool them when you say you’ll walk them later. They can sniff right through your lies. 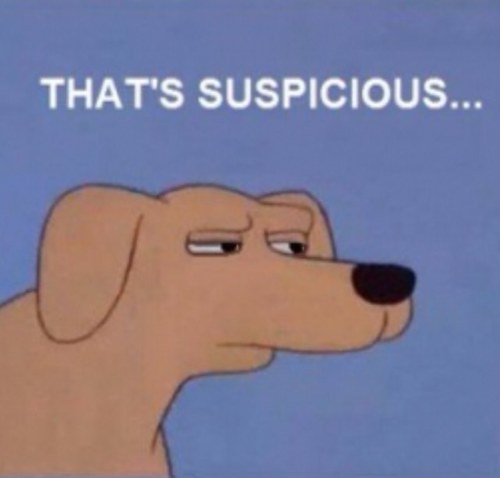 Good news for apartment owners! You don’t have to worry about noise complaints from your neighbours cause Telomians don’t bark! To replace that and make sure they don’t have an identity crisis, they howl instead. (Ok we take that back about the apartment bit.) Some cynologists believe that this special trait may suggest the linkage of Telomians with the African Basenji and the Australian dingo.

Since they were bred from wild dogs, they can be distant from their owners if they’re not introduced to human beings earlier. So it’s best to encourage lots of interaction with people when they’re still puppies if you want your dog to become your friendly neighbourhood homie. Once they’ve completed the initiation of socialization, Telomians are actually very loving and obedient dogs and constantly want to make their masters happy. Everybody together now, say awwww …

Everything you need to know before getting a Telomian. Image from dog-learn.com

So how come we don’t see any Malaysians with a Telomian? We couldn’t find much information about the Telomian other than the basic knowledge and their history, but it’s important to know that this breed is not recognized by the American Kennel Club or any other major kennel associations. It also explains why any health issue that may affect a Telomian is still vaguely unknown.

It’s strange but most pure breed Telomians are only found in the US today. Our fellow colleague at Cilisos told us that the ones in Malaysia are mostly crossbred already. It is believed that all Telomians in America are directly descended from the original two pairs imported in the 1960s and 1970s. Oh yeah, that’s our Malaysian pride right there!