Does the name Abdul Rani Kulup Abdullah ring a bell?

How about his fan name, KIPIDAP? which is what fans on his ironic Facebook fan page call him. 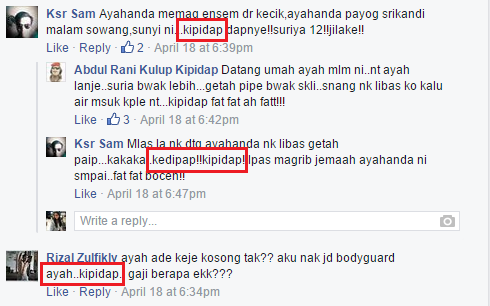 Fans often refer to him Kipidap and also…….ayah?!? Erm, because he’s a faterly…..figure?? Image from an ironic Kipidap Facebook fan page.

You may not be familiar with his name, but we’re sure some of ugaiz can recognise his face and uniform by now. Love or hate it, we’re ALWAYS seeing him around, because the media can’t seem to get enough of him. Maybe cos he’s been seen in pictures with both our PMs … This is the original version of the photoshopped feature image above 🙂

Or cos he’s usually calling for the arrest of someone…

Here are the people he’s reported: the guy who ‘complained’ about Azan on NOT his Facebook account, Malay K-Pop fangirls, ‘I Want To Touch A Dog’ organiser Syed Azmi, Cadbury, then Jakim and the Health Ministry for the Cadbury commotion, Prof. Dr. Abdul Aziz Bari for 2 articles construed as allegedly insulting Sultans, and against Facebook user Putera Izman.com for this post:

Haha, Putera izman.com. We see what you did there!

Most recently he threatened to punch whoever hina and kritik PM Najib Razak – a challenge that was actually accepted by a Sarawakian, who incidentally shares the same name – Kris Iskandar Sik Kulup. (This guy looks like he could win a Mr. Sarawak pageant! Pass the popcorn, please.) FWAH. Such a popular character. We need to find out more! Let’s answer 5 questions that you probably have on your mind about Abdul Rani Kulup Abdullah (if you knew who he was in the first place). And because ‘Abdul Rani Kulup’ is a mouthful, from hereon we’re gonna refer to him as Kipidap.

1. Why does Kipidap dress like that all the time?

Well, maybe it’s because he was imitating a position of power look?

Well, he was an ex-military guy, so maybe he just misses the uniform. Maybe that’s where the red comes from too. We also know that he’s 60 years old. Image from omakkau.blogspot.com.

“When you are in the public eye, you are like an artist on stage. You must perform in such a manner that will appeal to the audience while conveying the message at the same time. There are so many NGOs nowadays, you need to stand out from the rest in style and spirit.” – Kipidap, The Rakyat Post

Yea he definitely stands out. Here are some of the comments on one of his pictures If you look closely at his baju, you might think he really loves his Ibu. But upon closer inspection, we realised that it actually read MJMM, otherwise known as Pertubuhan Martabat Jalinan Muhibbah Malaysia, and they’re apparently a registered NGO. So what was MJMM created for?

There isn’t much info on their Facebook page (they don’t have a website, and even Kipidap’s own Facebook fan page has a higher following), and activity seems quite lacking. However, if you enlarge the emblem below, you’ll see the words  ‘Kebajikan Diutamakan’… although their kebajikan dunno benefits who?

If the first thought that comes to mind is, ‘these flers sure right-wing extremists like Perkasa’, Kipidap told The Rakyat Post otherwise:

“MJMM is in fact a multiracial NGO, and we have Chinese and Indian members in our ranks. They consist of more than 1,500 active members throughout the country. We also do not recognise skin colour in making police reports.” – Kipidap, The Rakyat Post

Not that we’ve actually seen a Chinese fler (maybe indians or orang asli?) with them in any of their group photos, after scrolling their Facebook albums for as long as we can tahan, but OK. Still no idea what they do though…

NAH, BACA:
7 promises Najib made pre-GE13 and what he's done since [UPDATE]

3. What does Kipidap actually do!?

Well, aside from being a security manpower supplier (ahh so maybe THAT’s where the uniforms come from), a drummer, AND family man to two wives (yea drummers get all the chicks), NINE children and SIX grandchildren, him and his MJMM buddies have also been very busy as Malaysia’s social watchdogs (aside from our dear IGP, of course). “We see ourselves as responsible citizens. We want to alert the authorities against any attempts to create racial disharmony by those making seditious statement and postings on social media. We also lodge the police reports on behalf of concerned citizens who are against seditious remarks made by netizens, but who at the same time do not feel comfortable stepping out.” – Kipidap, The Rakyat Post

Since the NGO’s foundation in 2008 after the General Elections, they’ve made a total of 300 police reports, according to The Rakyat Post’s article. Some people have even accused them of being PAID to make police reports!! But Kipidap said that was not true and the members are actually doing it coz they love their job of reporting people to the police and bringing harmony to all!

Ridiculous? We know right… but that’s not even the worst part

The worst part is that people are actually bothering to LISTEN TO THEM. Dah lah with the normal rakyat, Kipidap has an impressive following (also an ironic fan page): And as we mentioned, there’s that famous picture with him and our dear old Dr. M. Here it is again. 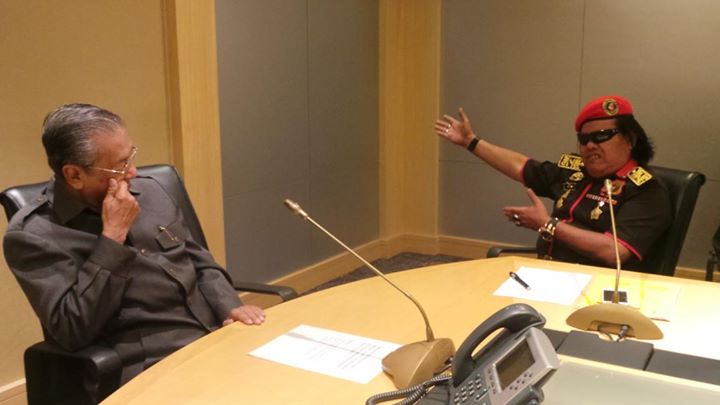 Where did this happen exactly? Well on 15 Sept last year, MJMM and 9 other NGOs met with Dr. M in his office at Putrajaya, to discuss economy concerns and BN’s future. See pictures here. Apparently, the discussion with Mahathir got diverted to Najib’s leadership when Mahathir himself raised the issue, and some of the NGOs “…were worried about BN and some did ask what they should do because they somehow feel like they are trapped in the middle,”- according to Mohd Ridzuan Abdullah, President of Ikhlas, the NGO that initiated the meeting.

“It was not on our agenda when we met him (Mahathir), but he told us that just because he shook hands with Datuk Seri Najib or took pictures with him, it does not mean that he supported him,” – Mohd Ridzuan, Ikhlas President, The Malaysian Insider

Kinda confusing wei. Cos on the FB post with that photo, his ‘fans’ wrote… 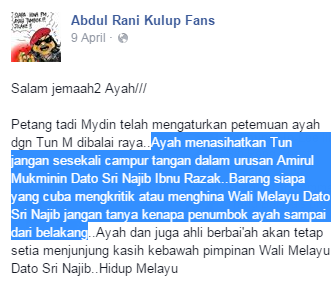 “I advise Tun don’t mess around with Najib – Anyone who does better not ask why my punch will come from behind.”

[UPDATE: The original article highlighted this as a fan page, but thanks to our readers, Kamal Abdollah, Wan Hafiz, Rina Sadon, Noor Hamdi and Abu Bakar Mohd Ramlan who pointed out that’s it’s a PARODY fan page! 🙂 ]

Ah okay. Now we know his stand. “Everyone except gomen STFU”.

And let’s face it, the gomen needs all the support it can get right now.

“The government has been very lenient with the people. For example, the government even abolished the Internal Security Act (ISA) in the name of greater freedom for the people, but unfortunately many irresponsible people have been abusing the freedom.” – Kipidap, The Rakyat Post

Kipidap’s photo with Dr. M eventually became one of his most viral posts EVER. Here are some of the comments from his ‘fans’. With those kinda responses, we hope at least he might stop to consider that maybe it’s people like him who’ve been abusing our freedoms. But is okay. Everyone needs someone to root against – and maybe that’s why most local news organisation has quoted him in some way or other.

In an earlier article on CILISOS, we mentioned how Ridhuan Tee’s contribution to Malaysia was that he provided someone for the Rakyat to root against. And c’mon la… let’s face it – both also such easy targets. Maybe that’s why he looked so down in this recent photo? 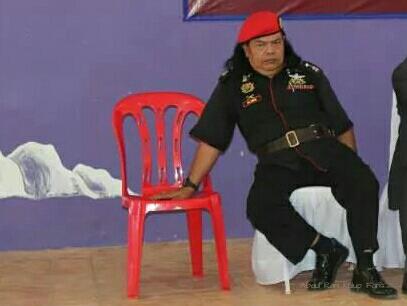