The new gomen has a habit of changing things from replacing GST with SST to changes in several gomen agencies like when The Land Public Transport Commission (SPAD) was replaced with Agensi Pengangkutan Awam Darat (APAD) and now… the police department?!

It was reported that the Royal Malaysia Police (PDRM) might be facing an ‘8.5 Richter’ shake-up this July with the removal of several chiefs including the Inspector-General of Police (IGP), Tan Sri Mohamad Fuzi Harun. Apparently, an anonymous source told Straits Times that the new gomen wants to “cleanse” the organisation. This is probably how the shake-up looks like from PDRM’s point of view. Meme from Complex

The source also mentioned three ‘special’ departments in PDRM that are expected to be scrapped as they are suspected to be involved in corruption and protection of criminals they were supposed to tangkap. The departments are STAFOC, STAGG and STING. But at the time of writing, the Home Minister Tan Sri Muhyiddin Yassin denied this allegation.

But woah, what’s with the strange names?! And what do these strangely named departments do?

STAFOC is an abbreviation for Special Task Force on Organised Crimes. The department was launched in 2014 by then Home Minister, Datuk Ahmad Zahid Hamidi. It generally fights off a more sophisticated and violent trend in organised crimes, gangsterism, gambling, prostitution and human trafficking. Although STAFOC is a department of its own, it receives commands from the Criminal Investigation Division (CID) in PDRM. 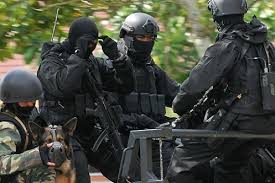 The team during Lahad Datu invasion. Image from FMT

Since this department was established to combat organised crimes, it was involved in some major, famous cases. One of it was when STAFOC was involved with the investigation of the whereabouts of Deputy Public Prosecutor, Kevin Morais in 2015. If ugaiz can still remember, Kevin Morais was murdered and his body was found in a cement-filled drum. The intelligence at STAFOC managed to discover his body based on statements given by the sixth accused they interrogated. In 2017, STAFOC was involved with the investigation of a high profile murder involving the half-brother of North Korean premier, Kim Jong-Nam who was assaulted by two women at Kuala Lumpur International Airport 2 (KLIA2). Besides investigating the case, STAFOC was assigned to ensure the security at the crime scene and mortuary were at top level.

There is another department that serves an almost similar purpose…

STAGG: The task force that arrested Datuks involved in gangsterism

Another elite team under CID is Special Task Force on Anti-Vice, Gambling and Gansgterism (STAGG). Similar to STAFOC, STAGG was launched in 2014 by then Home Minister. Zahid Hamidi mentioned that he created this department to avoid information on operations from leaking at the district-level police headquarters (IPD), state-level police headquarters (IPK) and police stations.

“So we created this elite team of 200 people, trained and chosen from the best of the best, to go straight to the target and not through IPD or IPK.” – Zahid Hamidi for FMT Meet the STAGG. Image from Utusan

Other than that, the department which comprised of 220 personnel was tasked to target international and local groups (as in gangster groups) and gambling syndicates. STAGG didn’t aim for the ‘ikan bilis’ (small fry) but the ‘big sharks’ of the these syndicates.

“STAGG will hit them without warning. We are confident the days for these big sharks are numbered with the squad’s formation.” – Zahid Hamidi for NST.

One of STAGG’s successful cases was when five VIPs (Datuks) who were involved in politics were caught in Ops Cantas Khas. It was reported that one of them was a leader of Gang 24 in Penang which was linked to the murder of businessman Ong Teik Kwong who was shot by his bodyguard. The other four Datuks were ranking members of Gang 360 Devan, a splinter group of Gang 36.  The four VIPs were reported to have held lower positions in a political party but were well-positioned in the gang.

Another Datuk was also arrested as he was a leader of Double Seven (77) and to assist STAGG in a criminal case in Chenderiang, Perak. The reaction you might have when you realise many Datuks are involved in gang groups. Original image from The Sun Daily

Aside from hunting down gangsters and Datuks who just so happen to be involved in gangsterism, STAGG also successfully uncovered gambling dens and guest relations officers (GRO) hideouts.

In an operation in Ipoh, STAGG, who took about seven hours from midnight onwards, found two secret underground rooms used as hideouts for 38 women from China and Vietnam. Firefighters, who came to help, took four hours to bring the women out as the rooms had metal doors with hydraulic system.

NAH, BACA:
Aunties arrested for helping criminals in Malaysia! But what did they actually do?

The premise had previously been raided at least seven times but this was the first time STAGG carried out a raid involving people hiding underground locked in rooms with hydraulic system. Firefighters helped the women out of the rooms. Image from The Sun Daily 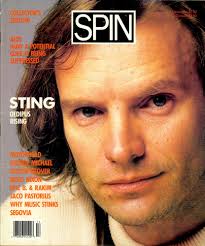 Nope, not this Sting. Image from Spin

Unlike STAFOC and STAGG, Special Tactical Intelligence Narcotics Group (STING, not the singer btw) is an elite team that receives commands from the Narcotics Criminal Investigation Division (NCID) in PDRM. The department was formed in January 2014 and led by SAC Dato’ Roslan bin Wahid.

The main purpose of this department is to hunt down drug kingpins (the big fellas btw) and fight off local and international drug smuggling activities through land and sea routes. According to then IGP, Tan Sri Khalid Abu Bakar, STING helped the NCID to move further in the battle against drugs and drug abuse.

“(It’s) not only that we have increased enforcement, but our intelligence network is more efficient and collaboration with our foreign counterparts is better.” – Tan Sri Khalid told NST.

It was reported that statistics showed that the amount of drugs seized in 2015 nearly doubled the amount seized in the previous year. However, these statistics which was made available to the NST, did not reveal the street value of the drugs seized, which is believed to be in the hundreds of millions of ringgit. STING with ganja worth about RM 1 million. Image from The Sun Daily

And speaking of millions of ringgit, STING seized several drugs worth more than RM 3 million from an Iranian drug lord! In the raid in 2014, the Iranian who was a PhD dropout was arrested along with six other Iranians and four Malaysians who joined him when he extended his operations. Not only that, the syndicate was working with Gang 04 members.

STING also conducted Ops Sarang in a few phases. In the third phase of the operation, STING arrested 173 drug abusers besides seizing 167g of heroin, 5g of marijuana, 112 yaba pills and RM 2, 000 cash. It was reported that the total amount of drug seized in this raid was RM 7, 220.

So, how did the idea of removing these departments came about?

Actually, these departments were formed to serve several purposes and it might seem like they’re doing their jobs by solving cases, arresting criminals and seizing illegal items, right? But even so, some people lack confidence in the PDRM and these departments. Apparently, there were times where these departments messed up a bit lah. For instance, when STAFOC officers wrongly arrested a doctor whom they thought was a robber. The doctor was arrested, interrogated and only released after his father who happens to be a policeman at a district police headquarters in Kuala Lumpur bailed him out.

Not only that, the previous report stated that the new gomen wants to remove these departments due to corruption. Unfortunately, this might be a legit reason that justifies the new gomen’s action as two STAGG officers were recently remanded for corruption. They were detained with RM 341, 000 cash in hand and this arrest led to the seizure of more cash and luxury cars at the condominium of a suspect and STAGG’s office.

In 2014, then Home Ministry allocated RM 9 million for STING to enhance its equipment by purchasing high-powered cars like BMW and Porsche to chase drug kingpins, uniforms and special tools specifically for narcotic crimes. In fact, head of NCID, Datuk Noor Rashid claimed that they might need another RM 1 mil to purchase investigative communication tool for the team. We wonder why the team needed that much money…

This might be the reason as to why Malaysians lack confidence in PDRM and if these departments were to be removed in the future, Malaysians shouldn’t panic.

If ugaiz noticed, all three departments were formed in 2014. Before there were these departments, there was a special branch under CID called D9 aka the Special Investigation Division which serves similar functions. D9 was formed in 1970 due to the emergence of gangsterism among the Chinese people and the existence of Gang 360. One of D9’s earliest success was when it managed to combat Malaysian Robin Hood (Botak Chin) in 1976 by the Magnificent Twelve (M12) unit despite only equipped with outdated machinery.

But since the Home Minister denied the reports about the removal of these departments, we might be seeing more of STAFOC, STAGG and STING in action!