It’s a couple of harrowing days for Malaysians as we’ve been engrossed in the saga surrounding the Penang Bridge crash. On social media, ever since the original dash cam video of the crash emerged over the weekend, articles and posts about the crash have pretty much dominated newsfeeds all over the country. The scene at the Penang bridge where search and recovery authorities carried out the retrieval. Image from Malaysiakini

There’s been quite a lot of reports over what happened since, but at time of writing, we can confirm that the white SUV that plummeted into the ocean has since been retrieved by authorities. It’s also been noted that the driver of the white SUV, 20-year old student Moey Yun Peng, has apparently been found still in the driver seat of the submerged car. While many online have also been quick to speculate over what led to the crash, it’s perhaps best to give the Moey family some privacy and not jump to conclusions over the incident. As such, we also will not be posting any images of the crash, vehicle or the body, as requested by the family.

Meanwhile, another tragedy involving another Penang bridge happened just days after the crash, as it’s been reported that a man had jumped off the Second Penang Bridge. The 33-year old executive, wearing a suit, tried to commit suicide early morning, but was thankfully saved by nearby fishermen who saw the incident. It was also reported that the man was struggling with depression as his wife was trying to seek a divorce. The 33-year old after being rescued. Image from The Star

These two incidents – especially the first one involving the white SUV – has seen many a Facebook status and comment, with many people on social media and on forums talking about it. Some of the talk also seems to be over the safety of the bridge itself, with one Redditor commenting this on the issue:

As such, we here at Cilisos decided to look into the Penang bridge, and here are four things that we found, starting off with Mr Garfu’s complaint.

1. The current barrier is technically good, but accidents show otherwise

So as you can see from the above Reddit comment, some people have been questioning the height of the barrier on the Penang bridge. Even the Penang Chief Minister Chow Kon Yeow has joined in on the commotion, calling for the specifications and standards for the Penang bridge guardrails to be reviewed.

“Perhaps it (the barrier) is sufficient to prevent ‘normal’ accidents but the crash on early Saturday morning was a high impact… which may prove the guardrails to be incapable of preventing vehicles from plunging into the sea, so they need to be reviewed,” – Penang CM Chow Kon Yeow, as quoted by Malaysiakini

The side barrier of the Penang Bridge. Screenshot from Google Maps

Now maybe we’re overthinking, maybe Chow actually knew, or maybe it’s Maybelline, but if you read that quote again, you’d notice that he’d mentioned the barrier is actually sufficient, which believe or not, it actually is. According to PLUS’ managing director Datuk Azman Ismail, the side barrier of the Penang Bridge is currently stands at one meter (100cm), which is in line with the British Standard 5400 code of practice for designing and construction of bridges.

In fact, if you compare it to other bridge barriers form other countries, it’s still not that bad. For example, a study on New Zealand bridge barriers found that barriers of 815mm (81.5cm) are sufficient enough. That being said, that height does incorporate a kerb by the side of the road. Meanwhile, Californian standards puts the minimum bridge rail height at 32 inches (81.3cm), which is a lot shorter that the one meter currently at the Penang bridge. However, that standard does raise it to 42 inches (106cm) if the bridge allows pedestrians. An artist rendering of a legal Californian bridge. Image from California Department of Transportation

Of course, just because it currently meets the minimum requirements doesn’t mean that it can’t be improved. Azman did mention that there will be an investigation into the accident, and that depending on the outcome of that report, the height of the barrier might be increased in the future. Furthermore, the British Standard 5400 code that the Penang bridge was built following has since been deemed obsolete. But perhaps the most damning argument that the barrier height should be revised is that this is the fifth time since 2010 that an accident on the Penang bridge led to someone falling off the bridge.

But the barrier isn’t the only thing that people have been talking about online, with people pointing out the high speeds that the two cars were travelling at moments before the crash happened. As such…

A speed limit sign at the Penang bridge. Screenshot from Google Maps

Okay so surely some of y’all would probably think that 80km/h is already pretty slow, especially when you consider that other major highways such as the North-South Expressway (110km/h) have faster speed limits. Then again tho, you should probably keep in mind that it is a bridge after all, and as shown by the recent accident, when a crash happens it can get pretty bad.

NAH, BACA:
Armed Forces wants more non-Malays to join, but two veterans share why it would be difficult

As such, Azman of PLUS mentioned that based on the outcome of the aforementioned report into the accident, they will be reviewing the speed limit with the real possibility of reducing it in the future.

That being said, there wouldn’t really be a point to speed limits if no one’s around to enforce it right? Which is why it might be surprising to learn that…

3. There are currently no speed cameras on the bridge

In what is perhaps a minor shock to some, the Penang bridge doesn’t actually have any speed trap cameras on it. Instead, what it does have right now are standard closed-circuit television (CCTV) cameras, which are mainly used to monitor the traffic flow.

With that in mind, PLUS are also seeking to install speed cameras on the Penang bridge, and will be sending a proposal over to the government for permission to do so. They’re also seeking to add more cameras at six other highways that are under them as well.

“At present, the bridge only has CCTV to monitor the traffic flow. Hence, we propose to have speed cameras installed. The proposal will be handed over to the government after we receive full report on the recent crash involving an SUV which plunged into the sea. PLUS will only install the cameras but the monitoring will be conducted by the police and the Road Transport Department,” – Azman, as quoted by New Straits Times

That being said, this is by no means an invitation for you to drive fast and think you’d not be caught. As for the second Penang bridge, unlike it’s older brother it does actually have several speed cameras set up. However, they are not technically speed trap cameras, as the cameras on the second Penang bridge are from the management of the bridge to track and gather data from users. A speed camera at the second Penang bridge. Image from JSAHMS

4. The Penang bridges might be attracting too many suicide attempts

We’re going to be digressing a tiny bit here to focus on the second incident in Penang – the suicide attempt by the 33-year old man. Now yes we know it this technically happened on the second Penang bridge #ihatecilisos #stopclickbait, but we felt like it’s still something that’s worth discussing.

See, over the years, both Penang bridges have become a common spot for people to attempt suicide at. For example, just literal days after the second Penang bridge opened in 2014, a 26-year old student attempted suicide at the new bridge, but was thankfully rescued by fishermen nearby. Meanwhile, suicides are so common on the first Penang bridge that Tan Chin Leong, a tow truck service runner along the North-South Expressway, is a common sight on the bridge for saving numerous people who go to the bridge to attempt suicide. “They always come alone. Most will be teary-eyed, while some would still be crying. They look pale and sombre, indicating that they have lost hope and see suicide as the last resort,” – Tan Chin Leong, as quoted by The Star

As such, it might not be such a bad idea to include safety features into both Penang bridges to help save a few lives. At San Francisco’s Golden Gate bridge for example, there are signboards throughout that inform people of suicide hotlines. And just like Tan, there are a number of volunteers who are there to talk to suicidal people there. But perhaps the most noticeable effort from authorities to prevent suicides is a suicide barrier that’s currently being built at the Golden Gate – a net of sorts placed below the bridge to help deter suicides. 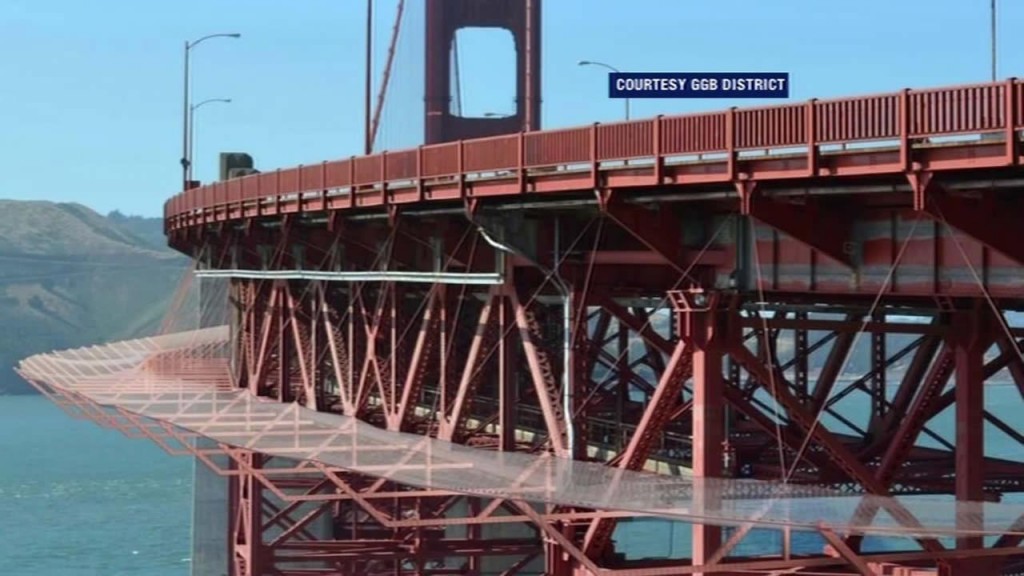 The suicide barrier on the Golden Gate Bridge. Image from ABC7

While mental illness remains a major concern that should be tackled from every angle, if the suicide attempts don’t begin to end, it might be a good idea for the authorities and bridge management to consider the approaches taken at the Golden Gate bridge.

Chinese New Year is coming up soon, which usually also means plenty of travelling. As such, here’s a friendly reminder that you should always follow traffic rules and stay within the speed limit. While the Penang bridge crash may have garnered quite a lot of publicity, it’s perhaps vital to note that fatal crashes can happen to anyone, anywhere – especially in the upcoming busy period for roads and highways.

There’s other reasons to be safe on the road too. From 29 Jan to 12 Feb, police will be running the Ops Selamat campaign. As part of this campaign, if you get caught committing any of these six offences – driving in the emergency lane, speeding, using mobile phone, cutting queue, overtaking on double lines and not obeying traffic lights – you will be issued an on-the-spot fine of RM300. So safeguard your life and your ang pao money by driving safe kay.

Late to the yee sang toss nevermind, as long as you get there.