We hear of Malaysians getting conned by fake news a lot lately, so recently CILISOS, SOSCILI and our sister company AskLegal visited the Communication & Multimedia Content Forum (CMCF) at their office in PJ to talk about it. Established in 2001, the organisation governs content by self-regulation, working alongside the MCMC. Yeah, we know watchuguys are thinking…

‘Fake news’ has become a vehicle for censorship, many have argued. Spawned by the Trump election and presidency, the term ‘fake news’ morphed from a way to describe clickbait into an insult that Donald Trump habitually pinned on reporting that displeased him. Now SEA leaders are using the term to dismiss allegations – from drug-related killings in the Philippines to abuses against the Rohingya in Myanmar. Closer to home, our PM made this statement:

We leave you to your own conclusions. But we were not here to discuss that now. Our focus on this article is FAKE fake news, like ‘non-halal’ Cadbury or PT3 top scorer ‘murdered’ by her jealous rival.

We spoke with Mustaffa Fazil, Executive Director of the CMCF and learned that some pretty nasty things that are happening on the internet in Malaysia right now. Here are 5… 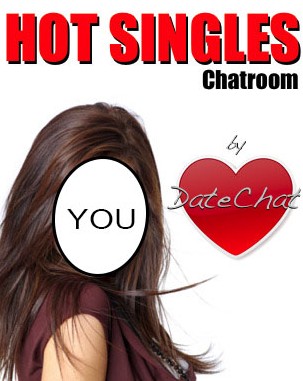 “They could have easily saved it from blogs, websites or even public posts on social networks. There’s no telling for sure but as long as you are posting photos in the public domain, it is bound to be tracked by bots, other sites and can virtually end up anywhere.” – V. Kugantharan, Founder of Yourwebsafety.com, in email interview with CILISOS

As with diseases, the phrase, “prevention is better than cure” also applies to malicious use of your pictures online. Alcatraz your privacy settings.

If you’re unlucky enough to find your face on a site of ill repute, the first thing you should do is to lodge a report with the police, as well as the MCMC. YourWebSafety has a much more comprehensive list of actions you can take on their site, which you can check out here.

2. There are people who twist content until it becomes something else The Low Yat brawl started because of false information. Image from dinmerican.wordpress.com

“There is so much content that is being either manipulated, or it is morphed during transition. This is where the trouble may lie when somebody just adds on to it without thinking.” – Mustaffa told CILISOS in the CMCF office

Perhaps one of the biggest and nastiest episodes that comes to mind when talking about manipulating news is……the Low Yat brawl. What started out as a theft incident got blown daheq out of proportion when some people – most notably Papagomo, reported it as a Malay customer getting cheated by Cina babi komunis vendors. The aftermath? There was calls for tougher social media policy, so your country thanks you, fake news spreaders.

Mental Health Association Deputy President Dr. Andrew Mohanraj explains that most people who shared false information tended to be those who are new to social media. However, studies have also found a separate group of netizens who share hoaxes for fun. They are mostly bored and unoccupied, or have a personal agenda, he said. It could even be to steal personal data! 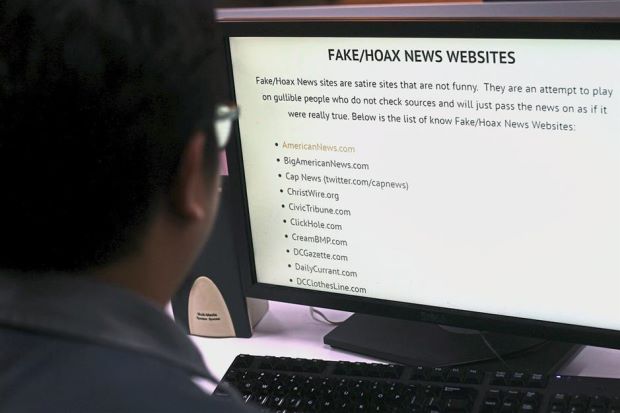 Studies showed that most fake stories being shared are ones that evoked anger, disgust or sadness, rather than joy. Veteran journalist and Bernama Chairman Azman Ujang cited examples of people trying to make major food chains look bad:

“Why would a company that makes billions, for instance, sell non-halal items in a Muslim-majority country like Malaysia? Isn’t it tantamount to committing ‘harakiri’ or financial suicide?” – Azman Ujang on Berita Daily

So, before we hit that share button, Mustaffa urges Malaysians to question and verify, is this ferreal? Sometimes all it takes is a simple Google search. If it’s local news, you can call the local authorities or police to check. Or you can also verify at sebenarnya.my. If you come across anything dubious, you can help break the cycle by reporting it to CMCF’s Complaints Bureau. For illustration purposes only. Image from ISPP on Says.com

Most of us would think aunties and uncles have the habit of dubious news, especially on WhatsApp. Stuff like construction plaster pisang goreng, Blue Whale game is now in Malaysia, etc. But to our surprise, CMCF revealed that it’s YOUNG PEOPLE who are more prone to sharing fake news! Although they are not always the ones who are creating it, they have indeed become like ‘postmen’ for fake news. smh guys.

“Our researchers have discovered the same. We know universities that have written about it, in public domains, there has been a lot of documentation. Not necessarily just WhatsApp. The easiest one is Facebook, because the younger generation – we’ll call it millenials, or Gen Z, or whatever letter it is right now – it’s easy access.” – Mustaffa told CILISOS in an interview

We found a couple of the documentation that Mustaffa was referring to (here and here). Unfortunately, they don’t have data on age demographic, he said, but it involves university students, secondary and even primary school kids, as some of them have Facebook accounts from a very young age. CyberSecurity Malaysia reported that 67% of students from Standard 4-6 have social media accounts. So, social media is where most fake news being circulated in Malaysia, according to CMCF’s findings.

Problem is, youngsters may not know the risks and consequences of this, said Mustaffa. Consequences like the viral effect – even though they think they’re sharing it among their social circle, but it trickles out to friends of friends of their uncle’s back neighbour’s daughter-in-law’s manicurist. Consequences like causing panic, like the ‘deadline’ to get unclaimed money news that caused a mad rush to Komtar (though that one wasn’t determine to have been spread by youths). And risks of transgressing a law coz it’s actually an offense. Can kena fine up to RM20,000. CMCF’s Exec Director told CILISOS that kids overshare coz they wanna be a part of the hip chain. This is explained in more detail by the Mental Health Association’s Dr. Andrew Mohanraj:

“People generally want to be emotionally connected and stay relevant to their family, friends and contacts. Forwarding messages, which they think can be useful to others, is one way of doing that.” – Dr. Andrew told The Star Malaysia used to be society that prides itself on good manners and being courteous. Sadly, our virtues are decaying, to the point that articles are being written about it. One of the places where our etiquette goes out the Windows is on the internet. People have different personas – sometimes darker personas – when they’re online, said Mustaffa. We need look no further than the comments section. Even on CILISOS Facebook also got. Here, we really see the ugly side of Malaysians.

“There’s nothing wrong with having intense discussion, but you don’t have to use expletives, just put out your facts and points and run by those. I think people are more than happy to engage. But once you start on the downward spiral everybody goes there. That is when you take on a different personality. But why?” – Mustaffa These were on CILISOS’ FB. tsk tsk

That’s where CMCF’s new site disebalikwajah.com.my comes in. It aims to educate the public about online behaviours, internet laws, laws, fake news, cyberbullying, sexual predators online, and generally just using the internet in a safe way. Hence the name di sebalik wajah, geddit? It will be a very interactive website filled with messages and even a theme song, and will be launched 19 Sept. We know cyberbullying is not a new occurrence, people have been doing it since the dawn of the internet. But we need to be aware of the fact that is it’s happening in Malaysia and it’s closer than we think. Your sister, your son, your classmate could be a cyberbully or a victim!

A survey last year revealed that 1 in 3 students had experienced cyberbullying. Cyberbullying is in fact among the top five online threats in the country! Based on CyberSecurity Malaysia’s statistics, it occurs almost every day, with 338 cases reported last year compared with 291 cases in 2014.

“We have seen instances where Facebook pages are created for the sake of cyberbullying because of the Likes that they want. The harsher they are to cyberbully their own classmates, the more Likes they get, the higher their excitement.” – Mustaffa

Universiti Malaya (UM) senior lecturer Dr. Vimala Balakrishnan’s study shows the disturbing fact that bullies find it entertaining. Many don’t realise that by liking or sharing, they are indirectly participating in and encouraging the bullying.

It’s not just happening in unis, but even in secondary schools. 20-year-old Penangite Teh Wen Chun was a victim of cyberbullying that drove him to commit suicide in May. An article slandering him had surfaced online and it depressed him. “He started to behave differently when some college mates started to criticise and shame him on Facebook with some nasty and negative remarks,” said his dad. Many have compared the internet to the Wild West, where freedom and opportunities co-existed with lawlessness and fear. But here’s what some journalists had to say – and guess what, it echoes CMCF mantra too – fight fake news with education, not censorship (but CMCF does encourage self-regulation still). The aim and function of disebalikwajah.com.my is to educate people, especially university, secondary and even primary students, on roadshows.

So, perhaps it’s up to each individual to take the necessary precautions to not become a catalyst for the virality of fake fake news (or any other bad internet traits for that matter, like cyberbullying). Like we mentioned earlier, it’s only a matter of doing some quick fact-checking before hitting that share button. When in doubt, leave it out.