Do you ever get the feeling, that something is creeping and lurking around the corner these days? You know that it’s coming, and it’s about to jump out at you at any moment…

We’re of course, talking about the upcoming General Election, set to happen anytime before August of 2018. As we can see (or choose not to see) on our news feeds, political parties have been trading blows, teasing about the election, and recruiting old boys back into their rooster. But until now, PM Najib Razak is still being secretive with the actual date.

Until then, political parties will be busy sharpening their tools, forming their battle plans to woo voters and contest seats for GE. But in reality, the battle for the rakyat’s attention has actually begun long before this, and it’s been happening in SPACE, cyberspace that is.

Malay Mail Online did a three part cover exploring how political parties from both sides have been engaging voters. Among the BN parties, they have interviewed UMNO, MCA, MIC, Gerakan, and Parti Rakyat Sarawak, while among the opposition parties, PKR, DAP, PAS, Amanah, and PPBM were interviewed. The parties confessed to some interesting things, but also talked about the use of “BIG data” analytics. 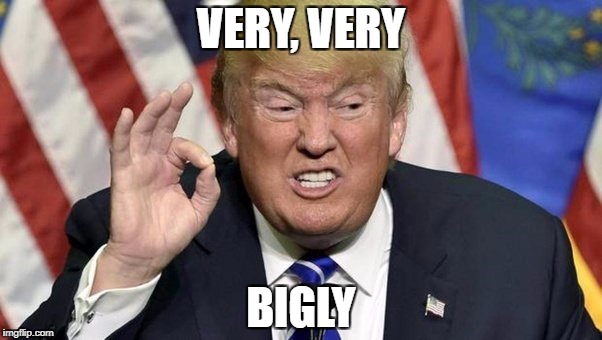 His name will return in the later part of the article.

UMNO admits hiring cybertroopers, but all parties receive a bit of “foreign aid”

It’s no surprise when all the parties say that they have an online presence on the two most popular platform in Malaysia, connecting with people via WhatsApp and relaying information on Facebook. Umno Youth vice chief Senator Khairul Azwan Harun said that Umno itself uses WhatsApp as their main platform. PAS vice-president, Datuk Iskandar Samad said that him joining a WhatsApp group is already a big advertisement.

What’s surprising was that UMNO and Parti Rakyat Sarawak both admitted to hiring cybertroopers to “spread the right message”, because the opposition parties did not admit to this. Despite the accusation of using cybertroopers to spread hateful abuses online (famously the Red Bean Army), Rafizi Ramli, PKR vice-president believes that the opposition parties are still leading on social media.

“We’re doing the right thing. We’re relaying the right message, we’re telling the truth, telling the right stories. At the same time, we try to rebut. The rebuttal is done with good ethics, with dignity. We don’t show that we argue or rebut in an angry manner,” – Khairul Azwan, Umno Youth vice chief told Malay Mail Online

“There is no substitute for honesty, credibility and veracity of your information. My so-called propaganda is actual news and actual issues.” – Rafizi Ramli, PKR vice-president told Malay Mail Online

Steven Sim, DAP’s political education director in Penang taught everyone something new when he brought up “astroturfing“, which he says has been on the rise since last year. Astroturfing is kinda like a political page disguise as something else, like a meme, food or travel page. Basically they try to appear politically neutral, but actually have a secret political agenda.

But, the most discussed matter was actually about BIG data and social media analysis, something that most parties seem to be engaged in now.

Will GE 14 be a war of who bought the best data and software?

Surprisingly, only PAS and Amanah admitted to engaging data analytic companies. PAS reportedly pays between Rm30,000 to Rm40,000 to these companies to study PAS constituencies in Selangor, while Amanah says 3 to 4 companies do the work for them free of charge. Other parties however, have either been approached by these companies, or have their own in-house unit.

UMNO said that they still need to consider the cost of hiring these companies, but could themselves easily mobilise 700,000 volunteers (60 -70% of UMNO members) to collect voter information. MIC said they have PR and data analysis consultants work for them on a volunteer basis, but MIC youth division also conducts their own surveys. MCA and Gerakan has their own think tanks, (INSAP and Sedar Institute respectively) because they hiring professionals is too expensive for them. 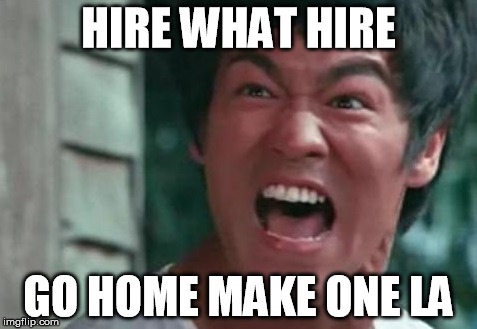 PKR famously has Invoke, and is assisted occasionally by Andrew Caster, an analytics officer from former US President Barack Obama’s 2012 reelection campaign. DAP has its own in-house group that does “only basic analytics”, but sometimes hire survey companies to conduct surveys in marginal seats, which costs up to RM100,000 for each survey. PPBM remained quite secretive with their approach, saying that “they can’t ignore it, but the main battlefield is offline“.

But Malay Mail Online’s interview with some of the companies makes it seem like some parties are not telling the whole truth. Roger Do, founder of a political artificial intelligence (AI) start-up called AutoPolitical told them that the company is working with 4 parties, and a low 3-digit number of candidates for the next general election. Roger declined to name his clients.

NAH, BACA:
Nazri's MP seat is in danger for GE14, and his counter plan is... Chinese Aunties! (Seriously)

Another media intelligence agency called Meltwater told Malay Mail Online that they’ve been involved in Malaysian Elections since 2008, and said it worked with 5 candidates/parties in the 2013 election. But what do these companies actually do?

“The human campaign manager would feed the info into the programme about the campaign, candidates, and a few simple questions about issues and backgrounds. Our system then generates the appropriate strategies for the campaign managers to choose from.” – Roger Do, Founder of AutoPolitical told Malay Mail Online

“We help the parties/candidates understand the conversation trends and topics regarding GE in the news media and social media space. We come in from an insights provider point of view, breaking down conversations and transforming them into digestible information.” – Ambera Cruz, Meltwater communications director told Malay Mail Online

Basically, these companies collect information from the news media and social media and tailor plans for the candidate. The computer softwares collect things like reactions to Facebook posts, photographs, videos, and look for a connection from the pile of collected data. A nasi lemak seller looking to make more money could use the same technology to find where all the nasi lemak eaters are, and set up shop there. 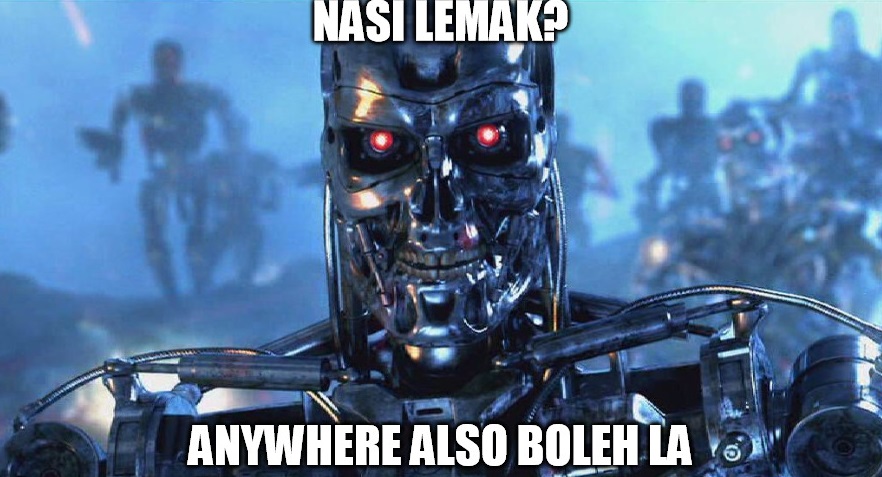 BIG data in politics is quite new, but Malaysia can learn from the U.S.

Currently, the biggest case regarding BIG data in politics is the case of U.S. President Trump’s election. President Trump hired a data analytics company called Cambridge Analytica during his campaign, and it is now being investigated for conspiring with Russians to manipulate the election.

But wait, what could Russians possibly have anything to do with a data company? Well, to understand that, we first need to know why Facebook CEO Mark Zuckerberg apologised for “the division his work has caused” recently. Facebook recently revealed that Russian operatives bought 100,000 USD worth of Facebook ads containing “divisive messages” between June 2015 and May 2017. What’s more, they even disguised themselves as pages surrounding current U.S. issues like gun control, same-sex marriage and immigration. The allegation is that Cambridge Analytica worked with Russian agents to spread news that would favour Donald Trump during the election. We won’t go into the details, but you can read all the controversy here, here, and here. Example of a recent fake news. Image from globalnews.ca

Since then, there have been debates about the role of BIG data in politics. The biggest concern here is what allegedly happened during the Trump campaign (and the Brexit vote), when information (especially fake news) is used to target the susceptible audience, and that will divide the rakyat more. An article by CNBC notes that the political divide in the U.S. have been widening since 1994, and it is reflected in the political party’s TV advertisements.

What polarisation means. Gif from cnbc.com

“None of these ads were about winning an argument between the two parties or two candidates. These ads were about finding the people who agreed that their candidate’s issue was the most important one, and getting those voters to show up.” – Chuck Todd and Carrie Dann wrote in CNBC

If you can target likely supporters to get out and vote, the opposite is also likely, as the Guardian’s report alleged that Cambridge analytica’s primary objective was to try and persuade Democrat voters to stay home.

But that’s U.S. mah, Malaysia where got so canggih one, right? I <3 Hxsm. Click on image to see Hxsm’s comic, and his page!

With parties considering professional companies and going more and more into data analysis, we can only hope that Malaysian parties will be more responsible with what they do with the information. For now, only Rafizi Ramli gave insight as to how they plan to use the gathered information, and it seems to not be the strategy that has worsen the divide in the U.S.

“If for example, a female worker in Johor with certain traits… only has 30 per cent chance of voting Pakatan, we ignore her. Our candidate will not even talk about her because it takes so much effort to convert her. You just focus on who falls in the marginal—it’s those issues you focus on,” – Rafizi Ramli told Malay Mail Online

Adib Zalkapli, political analyst at Vriens & Partners, a South-east Asia-focused public affairs firm told Malay Mail Online that this election will surely rely more on voter data than previous elections, but he also comments that the biggest challenge now is for parties to turn that data into meaningful policies and manifestos.

Image from The Simpsons.

It feels weird to know that politics is being marketed to us like nasi lemak, but there isn’t such a thing as “good data” or “bad data”. BIG data analysis is, and can be very helpful in many social sectors. In modern life, it’s quite impossible to opt out of giving away our information, we our locations to be tracked for GPS, or to call for a Grab or Uber. What we can do is simply to be aware of what we’re giving out, and get better at knowing when it’s being used against us.