Adapted from this story which first appeared on our BM site, SOSCILI.MY

[Update 5/10/2016: Good news! The Malay Mail Online reported that the first draft of the Child Sexual Crime Bill will be presented to the Cabinet sometime next week. What would this do? Well for starters, it would change the definition of online and offline sexual crimes. It will also see anti-grooming laws (which we don’t have right now), to prevent predators from using social media. It’s a big step to protect our young ones. Read more here.]

No sooner had the sordid news of convicted paedophiles Richard Huckle and Nur Fitri Azmeer Nordin (the MARA student) creeped Malaysians out, than an exposé by The Star R.AGE raised our hairs again. The exposé follows paedophiles and uncovers their modus operandi – which is ‘grooming’ underage children for sex.

R.AGE journalist Clarissa Say posed as a 15-year-old girl by creating fake accounts on some of the popular chat apps in Malaysia, enabled the People Nearby function, and waited. Within half an hour, she received 10 messages, all from adult men, who asked to meet up with her. And then they… well, you watch it for yourselves:

If it’s that easy for a journalist posing as a child to lure out these predators, imagine how many children out there are truly vulnerable?

This topic might make us uncomfortable, but we should we find out everything we can about it, cos children can’t protect themselves and if we don’t protect them, who will? So here are six important things you should know about paedophilia in Malaysia:

1. Paedophiles use WhatsApp, WeChat, and Telegram to prowl on children R.AGE journalist chatting with a predator on BeeTalk (another chat app). Screenshot from video

“There are more and more rape cases being reported to the police where the victims are acquainted with the perpetrators through social media like WeChat, WhatsApp, Facebook and other chat apps.” – Ong Chin Lan, Head of Sexual, Women and Child Investigation, PDRM, from R.AGE video

Doesn’t help that Telegram, a messaging app that’s quickly gaining popularity, allows users to send encrypted messages, where only the sender and receiver can read them, which prevents a third party, including the authorities, from intercepting such messages.

So disturbing to think that seemingly harmless chat apps are being used for such sinister purposes, though it’s not too surprising at the same time. Here are the rape stats from the Royal Malaysian Police shown in the video. As you can see, 2015 has seen such a steep increase in the number of internet-related rape:

The journalists reported that the men they met through their fake profiles always start out with innocent messages, though it quickly becomes clear they’re looking for much more. Experts call this GROOMING.

“It’s a process of befriending a child, and getting a child or a young person to do something that the groomer wants, and it’s usually sexual in nature. When grooming takes place, the child very often feels that they actually may be the girlfriend or boyfriend of the groomer.” – Dr. Prema Devaraj, Programme Consultant, Women’s Centre for Change, from R.AGE video

Makes us wonder… do we really know what our children, or younger siblings are doing online? Do we know who they’re talking to on the phone? Knowing this now is the first step to communicating with children about the dangers online. If children are more aware of these issues, they might be less likely to become a victim.

2. Most cases involve family members or an adult they trust NSNBC International reported that rape cases were often committed by individuals who KNOW the victims – fathers, stepfathers, uncles and grandfathers. In some cases, it occurs repeatedly over a number of years and only comes to light when the victim becomes pregnant.

“They often cited, ‘suka sama suka’, meaning they believed it was consensual sex. Or they’d say, she was ripe for the plucking. One said the victim was manja with me. But that was the rapist’s granddaughter!” – Dr. Rohana, The Star

They believed rape is only when force is used, they’re ignorant that rape is also caused by persuasion, coercion, manipulation and relationship power between an older person and a young victim. They also see rape as a sexual act rather than a violent crime. Rachel adds that most rapists had the attitude that they “owned” the victim anyway.

According to sexual crime stats of 2014 discussed in Parliament, 1,936 cases involved children aged 16 and below, out of a total of 4,342 cases reported to the police! That’s close to 50% of the total cases reported in that year. Putting it in perspective, that would be an average of FIVE rapes in the country every day! 🙁 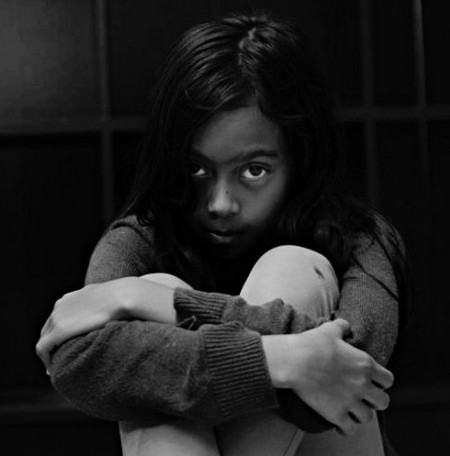 It must be mentioned that these figures shared by the Ministry of Home Affairs only depict crimes that were reported… what about those that go unreported? The Sun wrote that only two out of 10 rapes are ever reported. There could be huge number of sexual assaults on children that we don’t know about!

NAH, BACA:
You won't believe which Msian state has the highest no. of rapes

The saddest part is many underage rape victims keep silent about their ordeal. University Malaya (UM) Psychiatric Consultant Dr. Muhammad Muhsin explained that in a Malaysian context, many people are afraid of the shame it will bring on themselves and families, or maybe a wife is afraid that her husband will be jailed and she’ll lose a source of income, plus children may not know what was done to them is wrong.

Syed Azmi shared heartbreaking stories sent to him, that are difficult to read without tearing up, but this is the reality around us: A story that was sent to Syed Azmi. Screenshot from FB

Experts explained how to notice signs of sexual abuse in children. So it is up to the parent to become educated on child sex abuse if they wanna protect their kids. You guys can also follow Projek Layang-Layang, a group that spreads awareness and info about child sexual harassment. Again, parents need to communicate with their children on boundaries… good touch and bad touch. Teach them that if an adult touches them in a bad way, they should run away, scream, or tell mummy and daddy.

4. A majority of cases involve the Malay community When statistics on underage rape for 2012 and 2013 were released, nearly 80% were revealed to involve the Malay community. Responding to this, former Deputy Home Minister Datuk Wan Junaidi said:

“This doesn’t mean the cases mostly involve Malays. Because Malays are culturally more sensitive about its youth, so there are more police reports about it. Non-Malays may be more accepting about it (rape) so the margin is lower.” – Datuk Wan Junaidi, Free Malaysia Today

Anyway, regardless whether you believe his view or not, illegal motorcycle racing could be a contributing factor to statutory rape. [*Statutory rape is rape of a child under the age of 16, whether the victim gave consent onot. YES, even if the victim said OK, the adult who had sex with him or her is guilty of statutory rape.]

Chup, what does illegal racing have to do with rape? Well, according to cops, some of the girls involved were “proud” to be prizes for Mat Rempits who won races. Alarmingly only about 10% of statutory rapes were forced on the minors, while the rest were consensual.

“She (citing the case of a 16-year-old girl) admitted having sex with several youths, saying she liked the thrill of the Mat Rempit lifestyle. These kids make poor choices. More often than not, they get no proper care or attention from their family so they opt for love from their peers.” – Ong Chin Lan, The Star

But like we said, even if a minor gives consent, an adult is NOT allowed to have sex with him or her. Maybe this is something that needs to be made clear to all adults if they’re unaware, and that the punishment in the Penal Code is jail up to 30 years and whipping. Well we have some laws la on child pornography, but it isn’t enough. R.AGE reports that there are NO laws against grooming in this country.

“The implication of not having a law to deal with specific crimes, is that these crimes carry on with impunity [basically, without punishment]. And that is a really bad situation because you will have these increasingly large group of victims who actually will have no recourse [remedy]. We need legislation to set a standard to say these sorts of acts are unacceptable and is a crime.” – Honey Tan, Family Law Practitioner, R.AGE video

Maybe laws should specifically DEFINE ‘grooming’. What if an adult sends nude photos? What if he uses sexual language? Stuff like that. Eeew put it away! Screenshot of R.AGE video

Additionally, authorities might wanna move with the times since paedophile operations have gone cyber. Currently, the Malaysian Communications and Multimedia Commission (MCMC) doesn’t monitor chat apps, but only acts when got complaints, or if police request. “This includes contacting messaging application providers to remove contents that have breached Malaysian laws.”

But perhaps we need to be more PROACTIVE rather than reactive. Ok, police are super busy fighting crime, but isn’t rape a vicious, disgusting crime too? Especially when it happens to children? Police could set up special teams to lure predators like what R.AGE journalists did, if they’re not already doing it. Instead of waiting for paedophiles to show up, we track them all down!

Think that grooming should be made a crime? Support this campaign…

R.AGE and UNICEF are campaining for anti-grooming laws… this goes beyond physical meeting or abuse. They hope the laws will deter paedophiles and sex predators from carrying out their actions and enable police to book these offenders BEFORE any harm is done to a child.

You can be part of this solution, by pledging your support to the campaign below and liking the Predator In My Phone Facebook page.