You know how politicians are sometimes given nicknames by their supporters and the media, like PM Najib being Ah Jib Gor or ex-US President Bill Clinton being Slick Willy?

Well, the Philippines elections just ended earlier this month and their next president (who won by a landslide) is Rodrigo Duterte. His “official” nickname is Digong, but that’s not what he’s usually called…

Rodrigo Duterte is more popularly known as The Punisher  😯

Yeah, there’s nothing cutesy about it, but it’s a well-earned one because this man has been credited as the guy who wiped out crime in the Davao City over his collective 22 years as mayor. In fact, he’s been so good at his job that when the results of the elections were announced, there was a false rumor that crime lords put a 50 million Peso (RM4.4 million) bounty on his and his police chief’s head.

It’s only false because they actually offered ONE BILLION PESOS (RM88 million)!

It might sound like an insane amount of money, but criminals have a legit reason to worry because…

He has a very controversial (but effective) way to stop crime When Rodrigo was running for President, he made some pretty big promises about stamping out crime in the Philippines; vowing to kill 100,000 criminals within the first six months:

“If I become president, I advise you people to put up several funeral parlour businesses. They will be packed. I’ll supply the dead bodies.” – Rodrigo Duterte, as quoted by The Telegraph.

While you might think it’s just political big talk, it’s actually not. After he became mayor, Davao City became known for “Death Squads“ which patrolled the city and assassinated criminals if they ignored warnings to leave – some right after they’re released from prison. When he was criticized by human rights groups for allowing (or at least ignoring) the killings, he offered to “butcher criminals in front of them if they want“. Oh, and he apparently patrols the streets himself to make sure the cops are doing their jobs. On a Harley. Or undercover in a taxi.

Rodrigo has also gained media attention for his controversial statements about rape, killing journalists, and his plans to safeguard the country’s territories. For instance, he plans to avoid a fight with China over ownership of the Spratly Islands by jet-skiing there to plant the Philippine flag himself:

“I will ask the Navy to bring me to the nearest point in South China Sea that is tolerable to them and I will ride a jet ski‎. I will carry a flag and when I reach Spratlys, I will erect the Filipino flag.” – Rodrigo Duterte, as quoted by Politiko.

To a certain extent, he kinda reminds us a little of Sabah’s own Bung Mokhtar, an MP also known for making controversial statements. In fact, Bung’s recent statement in the last Parliament meeting asking for drug addicts and dealers to be shot was said to have been influenced by Rodrigo. Heck, they even look sorta alike: But other than Bung Mokhtar, what does any of this have to do with Sabah? Well, let’s make a quick detour for a history lesson because…

Until today, we’re not sure if the British OWNED or RENTED Sabah 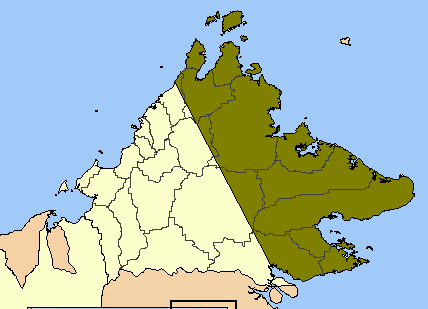 The Sulu Sultanate claim they own the dark green part. Image from Wikimedia Commons. Sultan Jamalul Kiram II of Sulu, who signed the 1878 agreement. Image from Rightways.

You might remember the 2013 Lahad Datu confrontation, where militants from the Sulu Sultanate – based in the Philippines -invaded the northern Sabahan territory of Lahad Datu, claiming that it belonged to them. As it turns out, their claim may not be so far-fetched, historically speaking la. Because up till 1878, the Sulu Sultanate actually did own the northern part of Sabah (then called North Borneo) as a gift from the Sultan of Brunei in 1658 for helping him out with a war.

Many years later in 1878, the Sulu Sultanate signed an agreement with Alfred Dent and Baron von Overbeck (hey, remember these guys from Sejarah?) for the British North Borneo Company to run North Borneo in exchange for a payment of 5,300 Mexican gold pieces a year, which was all fine and dandy until they disagreed on the interpretation of one word – Padjak

To the Brits, Padjak meant “to grant or cede” while to the Sulus it meant “to rent or lease”. A whole lot of politics later, the British interpretation won out… The Sulu Sultanate had no claim on North Borneo and were paid their 5,300 gold pieces, which eventually became 5,300 Malayan Dollars, and finally 5,300 Ringgit Malaysia.

Yep. Malaysia still pays RM5,300 to the descendants of the Sulu Sultanate to this day, issued out every year from the Malaysian Embassy in the Philippines. Malaysia makes it very clear that this is a cession payment as per the agreement, but the Sulu Sultanate still considers it to be rent. We’re not sure how much the gold pieces are worth in today’s money, but it seems quite fair to say they lost out on the exchange rate. 😆 The issue became more complicated in 1962 when the Philippine government itself became involved, staking a claim on North Borneo because ownership was apparently transferred by the heirs of the Sulu Sultan to the Philippines – with President Ferdinand Marcos planning an invasion in 1968 called Operation Merdeka. The fight for Sabah resulted in Malaysia and the Philippines breaking off diplomatic relations until 1989, where the claim became something like one of those family issues that everyone pretends didn’t happen.

So what does this history lesson have to do with President Duterte?

Well, he kinda wants Sabah back. When asked about his stand on the Philippine’s claim to Sabah, Rodrigo said that his government recognized it, and will support the descendants of the Sulu Sultanate (who are now Philippine citizens):

“What has been the policy will always be the policy of the government especially those for the interest of the country. We have to stake our claim.” – Rodrigo Duterte, as quoted by Philstar.

However, he also clarified that any claims would only be done through peaceful means:

“We don’t have the luxury of getting into  trouble or another war, we just have to talk to everybody to develop our  country … If we file an actual case in (the international) court,  and it is sure we will win, and yet, we don’t want trouble, so can we  resolve this by other means?” – Rodrigo Duterte, as quoted by Inquirer. Alamak! Should we be worried about an invasion???! 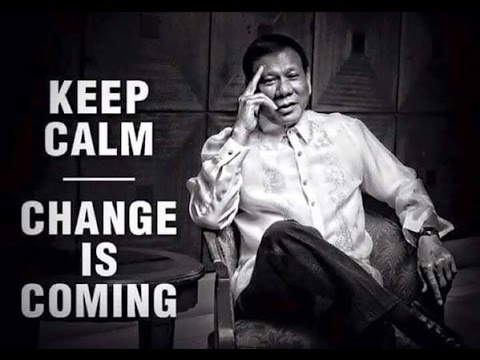 The worrying part here is that there’s a lot of evidence that shows President Duterte is the kind of guy who’ll actually carry out what he promises. Remember that war on criminals we dedicated a whole section to? Well, police in Manila have started detaining drunks, shirtless men, and unattended children who are out on the streets at night, and killed at least 15 drug traffickers for a reward from the government. The best part? He’s not even officially the President yet – his term only starts on June 30th.

But as for Sabah…… most likely nothing la. There are a couple of reasons for this, but the main one would be that if the Philippines backs an invasion it’ll be violating Sabah (and Malaysia’s) United Nations-backed sovereignty as well as international law, which will get them into quite a bit of trouble. This is also why the Philippine government stated that they didn’t allow (sanction) the Sulu militant invasion on Lahad Datu in 2013. And as Rodrigo himself has said, any challenge for ownership of Sabah would be done peacefully.

Also, as mentioned earlier, President Duterte is kinda known for his controversial comments so it’s highly likely it was an off-shoot remark to an interview question. Another argument is that many ordinary Filipinos believe that Sabah belongs to the Philippines, so “any Philippine leader who goes against such a popular belief would be doing it at his own risk“. His focus right now still seems to be on getting rid of crime within the Philippines and settling the insurgency problems in the South Philippines.

So for now, we’ll probably not have much to worry about – at least in terms of a large-scale invasion. That being said, we should probably start worrying if we see a lone jet-ski approaching the Sabah shoreline…