When you think of butter, you’d think of that delicious block of milky fat, right?

Most of us would know that butter comes from the cattle’s nenen. But here’s something that might excite the vegans and lactose-intolerant peeps. Only found in Borneo, there’s this plant that peeps in Sarawak use to make a kind of butter they call minyak engkabang.

Actually, it has different names such as Kawang, Engkabang Jantong, Kawang Jantong and Tengkawang Hantelok. In scientific terms, it’s known as Shorea macrophylla. We choose to call it engkabang. Unedited Image from Imgflip.

The vegan part is – it doesn’t come from nenens, but from FRUITS! Engkabang oil is derived from flower-looking fruits on the engkabang tree. For those of us who didn’t grow up with fond memories of collecting these crops in their grandparents’ backyard, here’s how it’s made. Peel off the skin/petals first, then leave the fruit to dry (sun or smoked). Pound and squeeze the dried fruit to extract the oil for cooking in the bamboo. Then, leave it to cool and harden in the bamboo.

Uses of this oil are pretty similar to cocoa butter since a research paper says that this butter has the potential to substitute cocoa butter. You can rely on this oil for food, skin treatment, massage, as well as production of cosmetics, candles and soaps.

And according to a book about the science behind making chocolates, the most significant difference is the supercooling limit (supercooling refers to a process of lowering the temperature below its freezing point without it becoming solid.. waaahh). It means that if you tried making chocolate using engkabang butter, the tempering (a process used to get the perfect texture of chocolate) would need to be done at higher temperatures.

Sorry, you have to wait every 5 years.

Yes, a mature tree can bear fruits EVERY 4-5 YEARS, which is why the Borneans don’t have their minyak engkabang sales frequently, and when they do, their prices tell us how valuable they are.

But first, note that, according to PlantUse, prices go up and down drastically in high-production years, and are further influenced by what happens in the cocoa market since engkabang is a substitute for cocoa butter

As one longhouse aunty told Borneo Post, most peeps don’t find selling the fruits as lucrative as selling the oil, since the prices of the fruit itself range between RM0.80 per kg and RM1.50 per kg. The Facebook posts we came across featured prices of the minyak engkabang at around RM15-20 (here and here), although the longhouse aunty said it’s usually sold for RM5. Hmmm…

Apart from the tree bearing fruits every 4-5 years, there are other properties of this crop that make it rare and hard to harvest. While we could mostly find these trees along rivers, we have to wait until they’re like 18 to 25 years old to start bearing fruits. We tried finding out the amount of fruits (and thus, trees) needed to make a bamboo tube of butter, but we couldn’t find exact info on it, so we had to make some assumptions for calculation. To calculate the volume of the bamboo, we need the radius and length. One engkabang business claims that the radius is 0.5 inch (1.27cm) and the length is 6 inches (15.24cm), so the volume is 77.22cm3.

And because all we could find about how many grams of butter are yielded from 1kg of fruits is this little YouTube comment thread (while crossing our fingers that it’s at least close to being correct), we also had to look for a way to convert the grams of butter into ml (which is the same as cm3).

So, the commenter said that 1kg of fruits yields 100g of butter, which means that it’s close to 125ml (or 125cm3), which is 1.6 times the volume of a bamboo tube. So, a tree giving 6kg of fruits can give close to 750cm3 of butter.. That’s like almost 10 tubes of butter. If a customer bought one tree worth of butter, the customer would pay the vendor almost RM150-200!

NAH, BACA:
What crazy efforts go into preparing a meal above 35,000ft? We ask AirAsia :D

Perhaps, that’s the price to pay for its rarity. While its rarity may seem like the engkabang is playing hard to get, its rarity also means that it’s listed as Vulnerable by IUCN Red List, exacerbated by logging.

The Sarawak govt wants to change that… by using drones

Yes, this tree is also a common choice for timber (Red Meranti), fetching a price of RM1,800 per log according to the Malaysian Timber Industry Board (MTIB). This price is pretty high for a light hardwood species, maybe because it’s highly sought-after for its qualities: light, soft, moderately durable, stable, resistant to dry wood borers (bugs) and fungi as well as usable for different purposes. But sadly, termites would still eat it.

And while we’re on the topic of wood, there have been some discussions on the performance of this tree species for reforestation purposes (if you really wanna kepoh, you can read them here, here, and here). One study (later backed by another) concluded that forest plantations can be run successfully and that the economic feasibility of the plantations will depend on several costs such as that of timber, maintenance and harvests. This is why, for a long time, Sarawak has been engaging in many plantation programmes, with introductions of many species and the establishment of forest reserves and designated plantations throughout Sarawak.

“Why we are going aggressively into industrial tree plantation? It is to ensure the sustainability of our forestry sector and to support the timber industry.” – said Deputy Chief Minister III Amar Awang Tengah Ali Hasan.

As of October 2018, the industrial tree plantation covers over 400,000 hectares of land in the state. And now, Chief Minister Abang Johari Tun Openg said that Sarawak is willing to invest more money in new tech to monitor deforestation and support conservation efforts. And this includes using satellite and drones (as well as some really sophisticatedly-named tech stuff).

“We have to look after and monitor our forests using new and available technology like using drones and through data centre, and that is why I upgrade our digital infrastructure to between 4G and 5G…” – said Abang Johari. 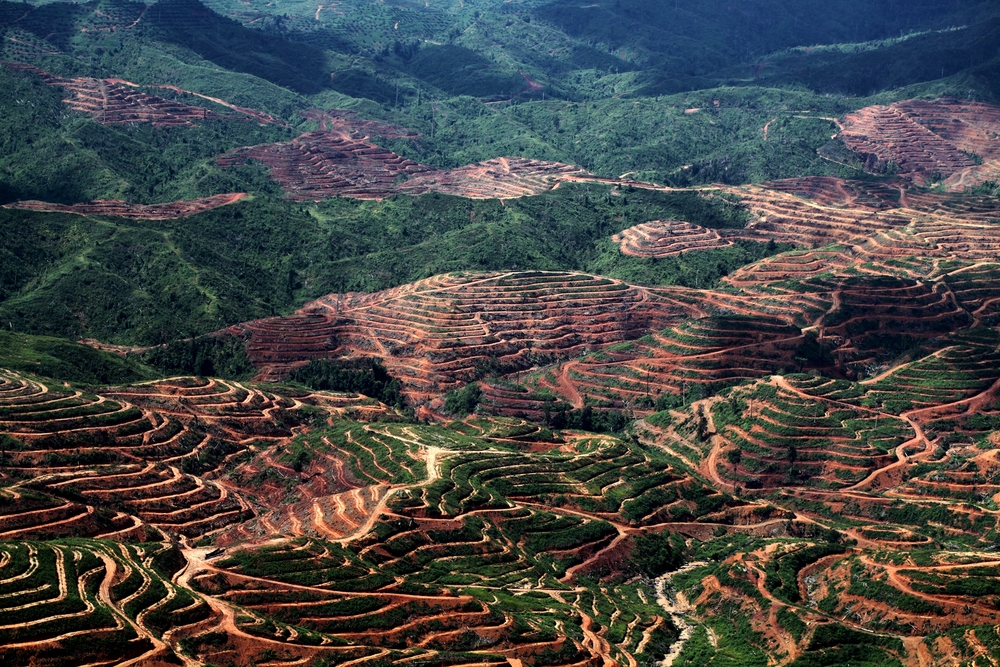 The Sarawak state govt will also be reviewing obsolete forest laws in line with its efforts to jaga the forests better and the need to consider the interest of everyone involved including communities, the timber industry and special interest groups.

“Since Sarawak is a major log producing state in Malaysia, we must find new and innovative ways to sustain our forest resources while at the same time optimize the existing resources that we have.” – Abang Johari added.

However, they didn’t say how much of the forest plantations will consist of engkabang trees, but at least, there’s hope that the engkabang trees will be in good hands. Such efforts can’t be taken lightly because the forest holds very high significance…

Wait! Don’t go yet. We know it feels like we’re repeating the same environmental mantra over and over. But it may be worth repeating, maybe as a reminder.

Please sit back down. Just a bit more.

Sentiments expressed in two blogs we came across proved the need for effective and continuous protection of its forests. Samikh Naremang lamented at how a lot of engkabang trees have been logged by the “greedy and unscrupulous people” for its timber, while [email protected] said that loggers seem to recklessly cut down any tree in their way.

“The engkabang tree is an endangered and disappearing species as loggers cannot tell much or care enough when they start bull dozing the slopes for their timber. Hence the locals usually say that the worst enemy of the engkabang is the bulldozer which does not have a heart. Thus one and all – all trees are logged and these loggers or timbermen don’t have much sentiments for a special tree or a frog.” – [email protected] wrote.

This seems to tally with how our other natural resources like agarwood (worth up to US$9million) have fallen victim to logging, as one of our previous articles said: “… in the process of cutting down the forest, we may be cutting down very valuable resources.” Yeah, if deforestation is not managed properly, then our engkabang trees and thus, our chance to try the engkabang butter, would be gone much sooner.