*Feature image for illustration purposes only

A few years ago, I was having a difficult few months (about 12 of them) and decided to go back to my hometown, spending whatever money I had left for the ticket home. Unemployed, broke and low on motivation, I looked for an easy-ish job for the sake of doing something.

So I took the first job I was offered: doing front desk work at a 3-star hotel in town. Despite the rating, the hotel was close to the seedier part of town. The red light district was just a short walk away, and being teased by the trans street workers on my way to work was pretty common. But hey, a job’s a job right? At least I’m doing something productive and slowly moving up in the world. So what if I work in a hotel near the seedy part of town?

And my hotel wasn’t just a regular hotel. If you knew who to ask, it was also a love hotel. After my innocence was shattered, there were quite a few surprises I found working there.

You would think there would be signs of it from outside. Yeah, I know, the location should’ve been a raging clue for me. But if you didn’t know about it, you probably wouldn’t think it. There were no guys in Pagoda singlets and walkie-talkies skulking by the entrance, just really really bored doormen with fake smiles and floral uniforms.

The hotel was also reasonably priced, so we get plenty of tourists staying there by the busload, unaware of the state of their bed sheets. And the extras we were supposed to promote were just the 3 days 2 nights wildlife tour (meals included!) and sunset boat rides if you’re the romantic type. If you’re looking for a normal hotel stay, that’s what you’ll get.

2. Everyone’s so casual about it happening

The first time I met the pimp, I didn’t know that’s what he did. I thought he was just this really nice travel agent uncle who comes every few days, bringing fruits and drinks and chats with all of the staff while booking rooms. Quite a few rooms, in fact.

So I thought: he must be a really successful travel agent. Good on him! And then my senior colleague told me who he really was. Oh. That explained the 90s style pager he carried around.

With that knowledge, it surprised me how casual everyone was whenever he came around. Knowing what he booked the rooms for, surely there’s a sense of guilt underlining it? But looking from the outside, it’s just some people laughing while eating rambutan. Nothing illicit going on here. I didn’t know who the ladies were the first time I saw them either. I thought they were just Chinese tourists here on a long holiday. They were pretty, in their early 20s but they seem weathered and tired, with a few of them having more wrinkles than someone their age should have.

I saw them every day for a few weeks, which raised some questions: Who stays in this town for that long? I mean, it’s a nice town but you just need 3 days to see everything here. And whenever I see them in the day, they were dressed too casual for work, even for an IT programmer.

NAH, BACA:
China is making it easier for Malaysian Chinese to stay over. But why would they do that?

And, like before, my senior colleague told me who they were. Guess she wasn’t here for the weather. Photo from ibtimes.com

Knowing what they’re doing in this country, it just made me think whether they were here legally, willingly, or even know what they came here for. I don’t know the answer, and it’s not like I could ask them. They barely spoke any English let alone Malay whenever they needed anything from the front desk. Let’s just say that I don’t think they signed up for this on JobStreet. And considering we are equal with North Korea in human trafficking, and this is an illegal business, you tell me what that means. 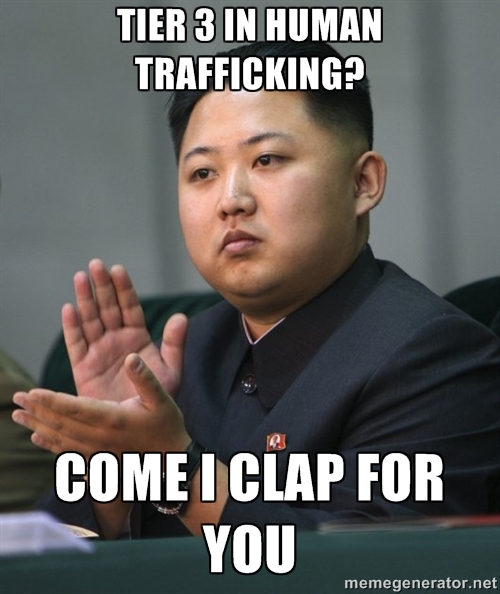 4. The customers all seem to look alike

They’re generally in their 40s, professional and clean shaven with a boring haircut. There seems to be a dress code they follow: formal, buttoned up shirts and slacks, and even when they dress casually it’ll be a polo shirt.

They’ll enter the place with well combed hair, clean clothes, clean everything, and when they leave 1-2 hours later they look cleaner then when they came.
But when they leave, they all have that same look in their eyes. They have a blank look, avoiding any contact with anyone in the lobby, and trying to get away from there as quickly as possible.

Research does show that most men who are avid customers tend to be married, so they’re probably thinking whether they’ve overused their alibi of going golfing. 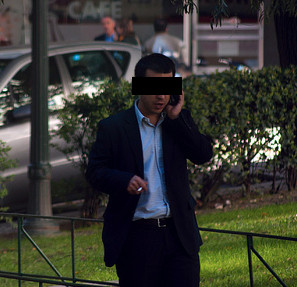 “Hey honey. Golfing was great, then I went to shower at the nearby hotel. For an hour.” Image from flickr.com/photos/miguelcorreia_fotografia

When I left, I found out that this isn’t exclusive to my hotel. It happens everywhere, from a no-star to a 5-star, seedy area or not. You just have to know who to ask, or, thanks to the internet, what to google.

Just a quick google search yielded names, location and even phone numbers. For the police, this should be an open and shut case on ending this right? I mean, one guy kena tahan on sedition act for posting something on Facebook, now you gais at Bukit Aman have a freaking webpage, it should be easier to close these places down right? The dark side of the internet, on the first page of Google search. Screencap from google.com

Which brings me to my next surprise…

6. I have never seen any police raids here

I think this is the most surprising thing during my time there. We never had any problems with the police. Truth be told, when I first found out about the shady operations here, I felt a little uneasy. Surely this can’t go on without the police knowing? They’re not as blur as I am. One day, the boys in blue will kick this door down then make horrible puns while putting on their Ray-Bans. Right?

But nothing happened during my time there, not even one horrible pun. Then again, the red light district is nearby, and it’s been operating ever since I could remember. So I’ll just let Horatio Caine sum this up for me. 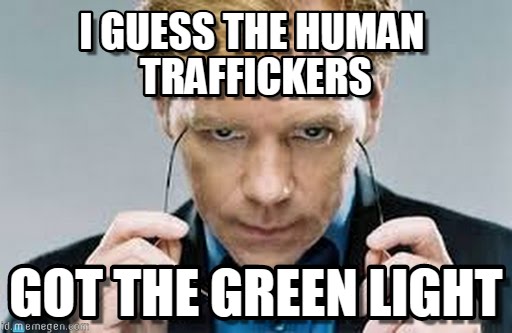 I left the service industry when I found out people would give me money to string sentences together (read: Writer). And wanting to be able to sleep easier at night was a good motivation. But now I’m more aware of the signs that hanky-panky is going on at hotels I see. Example: If the hotel has an in-house spa or massage, that’s usually a dead giveaway, especially if the workers there are foreign women under 30.

Do you bring a black light to scan your hotel room sheets now?

Not really, because ignorance is bliss. I’d rather not know what I would find on the mattress. Or walls. Or ceiling. But now, whenever I see people chatting while eating rambutans, I have this suspicion that something shady is happening underneath.