10 points for you if you managed to spot the Malaysian flag at the WC14 in Brazil. The words “Malaysia” and “World Cup” are rarely mentioned together in a sentence unless of course you live in a parallel universe where Malaysia hosted the 2014 World Cup. Believe it or not, our lil nation have played a tiny role in some of the WCs since the 90s’ (actually according to my grandpa it goes back much further but we couldn’t find substantial info cause it was during the B.C. ages… Before Candy Crush).

To save our beloved readers the long Sejarah lesson, we decided to cap our list at an auspicious 8 connections. Not all connections are directly linked to Malaysia i.e. having an actual Malaysian in the tournament; some are players that have dirtied their boots on Malaysian soil for the local leagues. We’re counting down the list from the not-so-direct links to the very-direct-you-can’t-miss-it-unless-you’re-Brazil-playing-Germany. 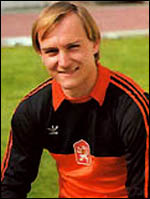 Achievements: Won the Czechoslovak First League (it’s like the Premier League) with Dukla Prague (the Barcelona of that country) in 1979 and 1982 Old newspaper clipping (yes they had colour back then). Image from xzekurna.blogspot.com Okay so we lied about the Sejarah lesson but we had to put him in the starting line up because he was Selangor’s very first import-player. Touted by fans as one of the top goalkeepers of Selangor, apart from local boys Rashid Hassan and Spiderman-Arumugam (yes that was his nama glamer but he earned it with his acrobatic spider-like reflexes). After his services to Selangor, Karel just couldn’t keep away from the nasi lemaks so he came back and stayed for a couple more years. His son was born here and Karel now considers Malaysia to be home. Malaysia is after all much easier to spell than his native country of Chak-so-slow-what-kia? 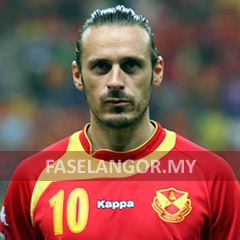 Possible hitman for the Russian mob. One for the ladies. Image from www.hrsport.de

A fan-made compilation of some of his best goals.

With a higher scoring average than Chua Soi Lek, Super Bosko was formerly one of the top striking prospects in Europe and deserves a spot on our list. He played for clubs like Aston Villa, Dinamo Zagreb (Croatia), and Club Brugge (Belgium) before making his way to our muddy grounds. Scoring on his debut match against Kelantan, a lot of hope and dreams were piled on Bosko to lead the Red Giants to victory but somehow he just couldn’t replicate that same stellar performance in Europe (we think it’s the weather and banana leaf rice). 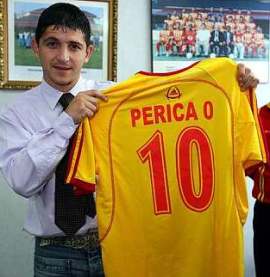 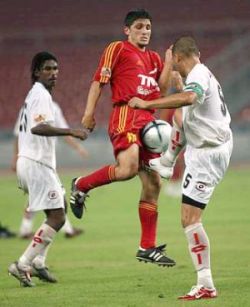 Boasting of Champions League and La Liga medals; Perica was Selangor’s most decorated import who also played for top European clubs Dynamo Kiev (Ukraine) and FC Kaiserslautern (Germany). He represented his country at the ripe age of 18 before becoming a fixture in the squad. A modest and quiet player who created scoring chances for others while avoiding media attention. “He should go into politics” said no one ever. NAH, BACA:
This Indian man worked in PJ but stayed in Seremban – cos no one would rent him a room YouTube land is home to tons of Pablo’s goals but this is our favourite cause of the accompanying song.

Hailed by fans as the new Maradona of the millennium, the former Valencia (Spain) and Benfica (Portugal) star was the biggest name in Malaysia’s football history! Aimar was the Messi before there even was a Messi and he made the Johorians jump for joy so hard that Singapore sunk by 2cm. Even Johor’s Tunku Mahkota Johor Tunku Ismail Sultan Ibrahim said that it was an honour to have him in the team. Nuff said! 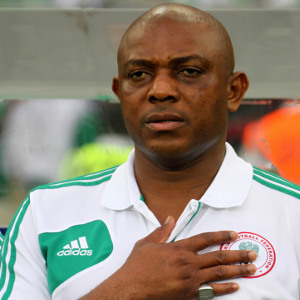 A young Keshi being greeted by the Perlis fans for helping them reach the Semis of Piala Malaysia. Image from realitiabadi.blogspot.com.

One of Africa’s brightest talents, Keshi was a well known centre-back during his younger days and gives our list a stronger connection to the current WC. He played 386 games and scored 61 goals (that’s pretty impressive for a defender) for various clubs in Africa, Europe, Asia, and North America, including Belgian giants Anderlecht. The Star reported that Keshi was well liked by the people of Perlis and enjoyed his time here as well, spending most of it in Kangar (insert small town joke of your choice). He also helped Perlis FA reach the semis of Malaysia Cup. 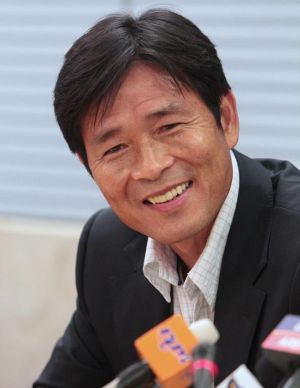 World Cup history: None (read on folks, you’ll see why he’s on this list) 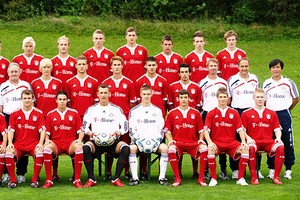 Bet you’re wondering who this uncle is… Well he’s the sifoo to the German boys above! That’s right, Uncle Lim was a youth coach for the Bayern Munich academy and he had a hand in molding these goal-scoring machines. The 3 of them are currently playing in WC14 and are responsible for Germany’s spectacular performance. The idea that a Malaysian influenced these buggers is pretty damn cool lor! Uncle Lim is currently with our Sports Ministry as the Project Director of National Football Development Programme hoping to create Malaysian Müllers instead of Tony Kurus… geddit? geddit?

These 2 Germs are on the Top Scorers List for WC14. Image from BBC.

German cars are built for comfort and high performance. Image from FIFA.com 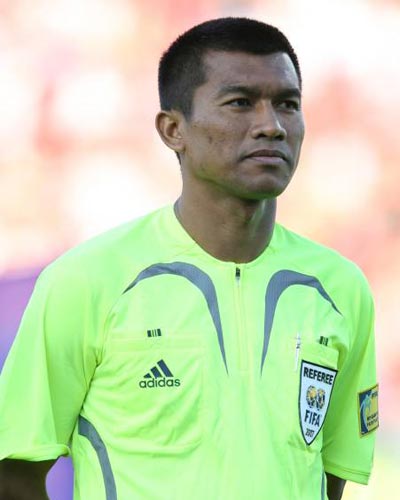 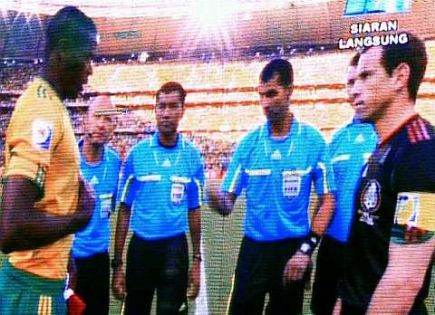 Our hero on the big screen. Image from sangbelang.blogspot.com

Now we pay homage to the men in black that put us on the FIFA map. A Malaysian in the World Cup. A Malaysian in the biggest sporting event in the world (Super Bowl don’t count yo). A Malaysian standing along side #femes international players like Rooney, Ronaldo, Messi, Van Persie and more. Malaysia definitely boleh! Our Abang Din was a match official for 11 years and officiated many international matches ranging from ASEAN Football Federation (AFF) tournaments, Asian Football Confederation (AFC) matches to the FIFA world cup itself. Abang Din is now retired and is planning to start a Youth Refereeing Academy to train more local official in hopes of reppin the country again. 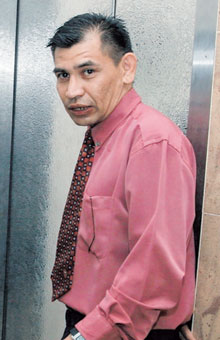 The late Capt. Abdul has had an illustrious career, from a local league ref to being the first Malaysian match official in the World Cup and he certainly deserves to be nambawan on our list! One of the most infamous matches he officiated was the epic clash between England and Argentina during WC98. He was the assistant to referee Kim Milton Nielsen and the latter eventually sent David Beckham off after the incident with Diego Simeone, resulting in England being knocked out (again). Not sure what we’re talking about? Watch the clip below.