This article was actually written in 2016 but we’re bringing this back because of the recent confusion on Heineken’s new product. Just in case ugaiz have missed it, Heineken recently launched a new product called the Heineken 0.0 which is specially catered for people who would enjoy non-alcoholic beer. #notsponsoredcontent

This has caused some confusion la, according to the Minister in the Prime Minister’s Department Datuk Dr Mujahid Yusof, because some people thought that the product is halal to consume since it’s not alcoholic. But Heineken has clarified that its product is ONLY aimed at non-Muslims.

Actually, there are more things that are halal in Malaysia. Read on to find out what they are![END OF UPDATE]

As most non-Muslim Malaysians would already know, halal means permitted or lawful according to Islamic Syariah law. Some of us probably realised the distinction from as early as primary school, when our Muslim classmates explained it to us.

But perhaps not everyone might know that halal can also include non-food things (#sorryCILISOSxtau, #katakbwhtempurung). Chill, chill, we said perhaps not everyone. If you did know, thumbs up for you, coz you iz true-blue edumacated Malaysian! Often when someone says halal, we automatically think NO pork, NO alcohol. Our BM editor MK Zainal gave these examples:

“Halal can also refer to money…halal money means it was not earned through gambling, but from honest work. Or anak halal. That means the child was not born out of wedlock.” – MK, CILISOS BM editor (who’s hiring for his BM team btw)

So, do Malaysians know their halal? We thought it would be interesting to find out what other unusual things that were certified halal in this country. Here are 9… 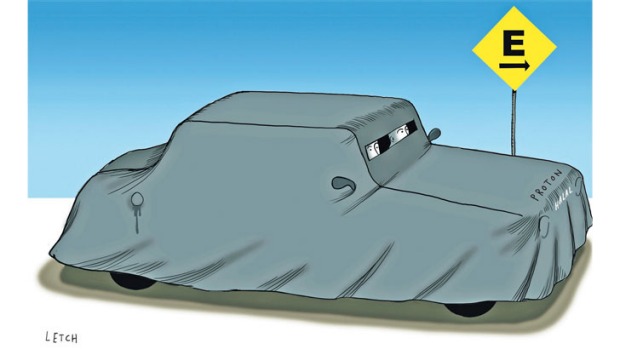 Err, we’re sure this was not what the creators had in mind, but this is just an illustration. Click to read the article on The Age

In 2007, Proton proposed a halal car. The idea came to them when Malaysian delegates were on a trip to the Middle East, so the plan was to team up with manufacturers in Iran and Turkey. What makes the car ‘Islamic’ are its features, namely a compartment to store a headscarf and al-Quran, compass, and kiblat reading. Like the KTM, had Proton really manufactured it, it would have been the world’s first Islamic car.

In the end there was no news of the car, so we’re left to assume it never materialised, but hey, it’s the thought that counts, so it’s here on the list. In any case, Proton did gain something out of the deal because Iran ordered 5,000 units of Proton Waja to use as taxis. Overseas, the Waja is marketed as ‘Impian’. Here’s a pic of the Waja as an Iranian taxi: 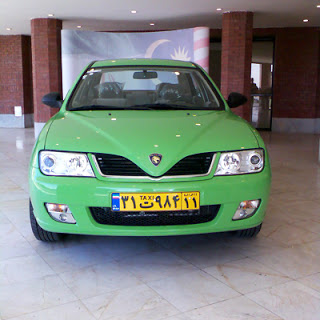 Waja as taxis in Iran. Image from autolah.blogspot.my Correct us in the comments if we’re wrong, but in the Quran, the warning is to not drink ‘khamr’. Khamr means any kind of drink or drug that causes intoxication, so that leaves out small amounts of alcohol found in many foods and drinks that we eat every day, such as grapes and tapai. 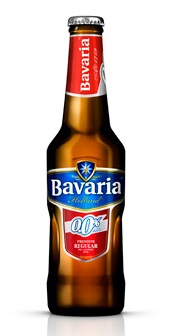 Then this Malaysian businessman found a way to work around this law by producing non-alcoholic beer, Bavaria 0.0%! It’s essentially a malt beverage, just like Milo and Horlicks. Unfortunately, the businessman Ruzi Shuib hasn’t gotten the Jakim stamp of approval for his beer, and as long as they won’t sign off on it, it’s gonna be a challenge to break into the market, as one KL restaurateur put it, customers were put off by the bottle which looked like a regular beer bottle.

If it’s just another Milo or Horlicks tho, what’s the problem? Actually sources were saying some of these so-called halal beer might not be halal coz when they tested Istak (an Iranian brand), it was found to contain 0.5% alcohol. The approved level in Malaysia is 0.01%. But like that, tapai contains 5% wor, yet we still see shops selling.

On top of that, Jakim refuses to certify any product with ‘beer’ in the name…even if it has no alcohol. That’s why A&W renamed its root beer, A&W Sarsaparilla, in 2009 to get its cert. At the same time, other non-alcoholic beers, Barbican from Saudi Arabia and Istak from Iran are also NOT Jakim approved. However, Barbican is no problemo in the eyes of the National Fatwa Council.

Wall Street Journal reported Euromonitor analyst Amin Alkhatib’s predictions that non-alcoholic beer sales in the country will grow from 3 million litres in 2013 to 3.6 million litres by 2016. Yet, we are still faaaaaar behind the Middle East where 1.43 BILLION litres of beer was sold in 2013. Halal trolleys have also been talked about for quite some time when NSK first separated their trolleys last year. But now it seems ALL supermarkets might have to segregate their trolleys too if the Domestic Trade, Cooperatives and Consumerism Ministry makes the new rule under business licensing requirements.

There were two sides to the reaction drawn from the public. Ikatan Muslimin Malaysia (Isma), an independent Muslim preacher Wan Ji Wan Hussin, and Sabahans were against the idea, while the Federation of Malaysian Consumers Association (Fomca) and Muslim Consumers’ Association’s (PPIM) supported it. If you’re gonna eat halal food, it might as well be on a halal plate. Image from thetofutheory.blogspot.my

We saw this photo of halal tableware by local company Claytan, being displayed at an exhibition on this blog. Claytan was founded in (then) Malaya in 1920 to manufacture ceramics, then later subsoil pipes (all those underground water pipes).

True enough, they have the halal cert displayed on their website. It was authenticated by the Religious Department of Johor. Malaysia might become the first country in the world to have a halal KTM train once they get approval from Jakim! Trust KTM to be different, coz they made waves 6 years ago when they launched the country’s first women’s coach.

At first it’s like wuuuut? How do you make a train halal? But Keretapi Tanah Melayu Berhad (KTMB) President Sarbini Tijan explained:

“Muslim tourists from around the globe would feel confident in coming to the country as they know that when they travel long distance using KTMB’s Electric Train Service (ETS), they can rest assured that the food served is halal-certified.” – Sarbini on Malaysian Digest

Ahhh, so it’s the food on board that is halal. On another note, someone raised very valid questions like:

As written in our previous article, pig gelatine content in vaccines is apparently the cause of a sudden spike in Malaysian parents refusing to vaccinate their kids. Pig gelatine is used as a stabiliser and viruses are lab-grown on animal cells coz they can only grow in human or animal cells.

We also mentioned that Muslim leaders ruled it does not break religious dietary laws because it’s injected, rather than eaten. Plus, we have our own fatwa here ruling that it is ok.

At any rate, Malaysians are working with Saudi Arabia to create 3 halal vaccines – for meningitis, hepatitis and meningococcal. This news was reported in 2014, so approximately the vaccines will be ready by next year. 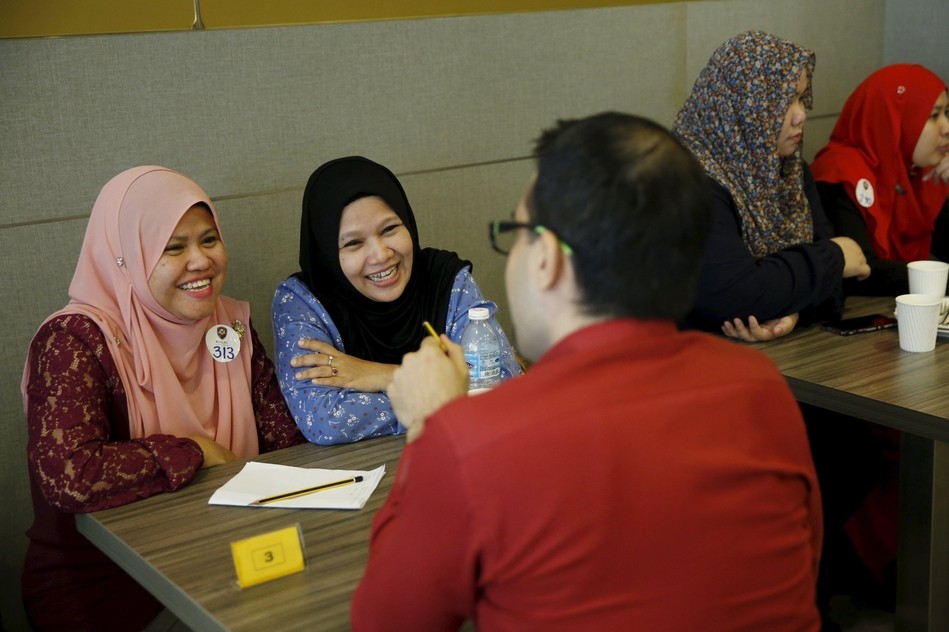 A speed dating session in KL. Image from The National

Ok la, halal speed dating is not new any more. But in case you’re not up to speed, it is a matchmaking event that has grown very popular in Malaysia since it started in 2015. The goal is to help Malaysian Muslims find partners the halal way – which means women must be chaperoned by a wali (guardian) until she marries her jodoh.

“I’m here to find someone for marriage because I’m too busy to meet anyone and I spend all my free time with my family.” – Siti Aisha, 29-year-old graphic designer, The National

Similar to secular speed dating, people sit and talk, until a bell rings, then guy participants move to another table to meet a new person. If you would like to give it a try, register here, or check out their Facebook. End of last year, a Malaysian company launched halal mineral water called Lumin Spring. Guess where the water is from – a natural spring in Heavenly-Lake, Changbai Mountain in China’s Jilin province. Such an apt name… Heavenly-Lake!

But dem expensive la one bottle is between RM6 and RM6.50. And yet it’s cheaper than Evian or San Pellegrino. Well, the process of getting the water sounds very complicated (though all water oso memang comes from the same source la). It’s like Amazing Race or an Indiana Jones movie, where the water is like the Fountain of Youth that they find at the end of the quest.

You can buy it online at www.luminspring.com.my, however you need to be registered. Otherwise, try looking out for a gold-tinted water bottle. So what exactly is halal comedy? According to Jakim’s guidelines, the jokes cannot be too funny, so that it doesn’t make people laugh too much. Coz behaving (laughing) in an extreme way is not good moral values. Also, jokes shouldn’t be made on serious or mournful matters, so we guess… that leaves 1MDB out? 🙁

Even offstage, comedians are expected to be of ‘noble personality’ with ‘good morals’, ruled Jakim. No criminal convictions, whether under civil or Syariah law. Lastly, and men and women should not mix in the audience – or on stage.

“If we were to enforce the guidelines we would need some sort of laugh-meter. We imagine religious Laughter Police snooping comedy shows looking to catch comics who indulge the audience with ‘excessive laughter’.” – Rizal Kamal, Chief Executive of LOL Events, Chortle

So you see, halal is not just about food. It’s a lifestyle Halal car, halal laughter, halal dating…yep, halal is not just a rule for what Muslims can or cannot eat, but for every aspect of daily life. It’s a lifestyle yo. But with the branding of everything halal, do consumers ever feel like they’re being taken for a ride? Ok, allow us to explain… Put a halal chop on it and a super high price tag as well. Like halal water for example. RM6 for bottled water, very mahal lor. One person blogged that Zamzam water (holy water) from Mecca oso cheaper at RM5. It’s clever marketing, right?

Let’s also take Proton’s halal car idea for example, even Muslims called out on it saying it was using the term ‘Islamic’ as an advertising tool purely for economic gain. Just food for thought – could businesses be leveraging this to manipulate people’s piety? Unfortunately, sometimes it’s the businesses themselves who get caught in the poo-storm (like poor Cadbury, which was finally re-certified halal by Jakim).

On the ground, consumer views show us different opinions. Many Muslim customers were happy with NSK’s trolley separation, plus there were non-Muslim customers who didn’t mind. On the other hand, there were Muslims against it – Isma, Sabah Muslims, and an independent Muslim preacher – and non-Muslims too. To each his own.

One customer did point out tho that supermarkets should be sensitive towards Buddhists and Hindus too who don’t eat beef, so give them another set of trolleys too. Fair, kan?

But what will happen to Malaysians if they really implement this rule? Will it draw us closer together as fellow countrymen? Or divide us? Sabah Muslims polled felt that it was extreme:

“I don’t think anyone in Sabah has even considered it. It would only exacerbate any religious or racial issues in west Malaysia.” – Nik Razie, 28, photographer, The Malay Mail Online