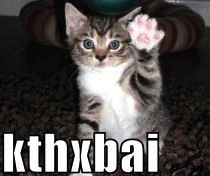 Soooo… as much as companies try to prevent them from happening, construction accidents do happen regardless – and sometimes we get caught in the middle of it. We might be reminded of the falling beams of the current MRT/LRT project or the Highland Towers condominium collapse, both of which involved the loss of life and are featured in our recent article on the deadliest Malaysian construction fails.

But this article is about non-lethal construction accidents

Very coincidentally, on the day that we published that article, a part of the scaffolding in the almost-completed Atria Shopping Gallery in Damansara Jaya collapsed onto the street below. The following pictures were part of a Facebook post by a person whose car was damaged in the accident. We aren’t linking to the post at the request of the user (whom we’re going to name “John”), but here’s a picture of the aftermath: Thankfully, there were no serious injuries except to a few cars and a construction worker who injured his arm. Considering that these were metal beams falling from a height, it may have been much, much worse – especially if it had happened on a weekday afternoon rather than a Saturday evening. This was the height the bars fell from.

So say if it was you there, that it was your car that was damaged or your arm that was injured… what should you do? Using the sequence of events John related to us, we consulted with our awesome lawyer friends Daniel Goh, Fahri Azzat, and one who prefers to remain anonymous. Because we’re using the Atria incident as a case study, we also got in contact with the developer (OSK Property Holdings Berhad) for their side of the story. Cause we wanna be fair and impartial like that, yo.

So here’s what we learnt…

1. You can take photos but you can’t (legally) stop them from clearing the debris.

According to John, a contractor for the development arrived at the scene shortly after accompanied by a worker and was quite rude to them. When he attempted to clear up the debris, he was asked to stop since the they suspected it was to get rid of evidence. At this point, the contractor became abusive and tried to pick a fight. As things started escalating out of hand, however, the contractor and his worker left on a motorcycle – no doubt muttering curses under his breath. Drat, double drat, and triple drat! Click if you were born after 1990.

Well, if you disregard the contractor’s alleged abusive behavior, our lawyers were unanimous in saying that members of the public don’t have the authority to stop the contractor/developer unless they file a court order, but by the time you get it, it would have been cleared anyway.

Take photos and make a mental note of the situation. Photos can be used as evidence in court but, depending on the situation (like if you decide to sue the contractor or developer), you might be required to also produce sketches of the scene or be cross-examined in court. Most of the time though, damage claims can be sorted out between the two parties without having to resort to lawsuits.

But say if you really, REALLY want to stop them from clearing it you can always call the cops or the local municipal council – both of whom have the authority to stop them. But should you call the police regardless? Well….

2. You don’t have to call the cops, but might consider making a police report.

So here’s a run down on the injuries sustained by the victims (click for full image): 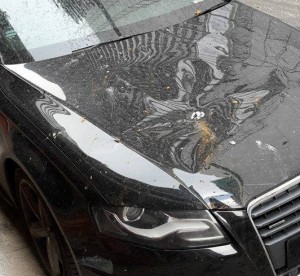 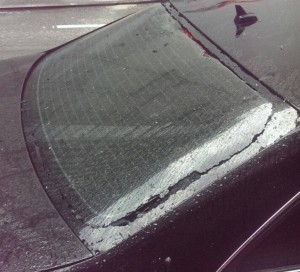 Another car at the scene. 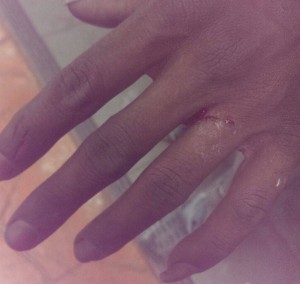 A worker who was near the car above.

Although there was only one physical injury, we used the word “injuries” because we’re sure John’s heart kena injured when he saw his car.

BTW, that was a joke and totally not a valid reason for legal action.

While John did not call the cops, he did make a police report and has been in touch with OSK to negotiate the damages to his car.

The quick summary to both questions is: It’s your call.

While our lawyers say it’s within your rights to call the cops, they also clarify that in the context of an accident where injuries (if any) were minor there really won’t be a need to. To quote Fahri:

“They can be called in. Don’t forget police not only are supposed to protect lives but people’s property as well (i.e. that’s why theft is a crime even if there may be no human injury). But there must be some criminal element involved for them to take an interest. They will rightly be not interested if there was no suspicion of foul play.” – Fahri Azzat, in an email interview with CILISOS.

But that’s about calling the cops to the scene. What about going to the police station to make an official police report?

Well, this one really depends on circumstances and what your strategy is. While a police report will serve as an official record if the case makes it to court, it might end up hampering your private negotiations with the contractor or developer especially if the police decide to investigate the issue based on your report. Daniel and our anonymous lawyer recommend lodging a report as soon as possible, but Fahri suggests waiting to see how the private negotiations go first since it’ll be much harder withdrawing a report after you’ve already made it. LoyarBurok has a much more in-depth article on your right to lodge police reports here.

As an update, last we checked with John, he told us negotiations are “draggy but going well”. The PR people at OSK also tell us that the injured worker and the owners of the other two cars involved have already been compensated.

While we think a police report is the only report we’d make, it’s actually the second. Most of us would also “report” it on social media.

If it wasn’t for John’s Facebook post about the accident, we really wouldn’t have written about this topic at all. However, we should point out that by the time you’re reading this, a month has passed. It isn’t because we’re slowpokes but more because we were afraid that publishing this might affect his negotiations for compensation.

While we did promise John that we wouldn’t publish a screenshot of his post, what we can say is that it was to written to create awareness of the safety oversights that might lead to more serious accidents.

The lawyers were pretty unanimous in saying that you CAN post about it on Facebook or Twitter (or even for a CILISOS article) but here are the two possible risks you have to be aware of:

While the odds of these happening are low (assuming you don’t make stuff up) the thing to keep in mind here is to be very aware of what you’re posting, and basically fikir dulu sebelum buat la.

Our anonymous lawyer would also like to add a friendly reminder that if the case goes to court, then you prolly shouldn’t discuss it anymore in case it affects the court proceedings (sub judice), and that will be counted against you. Speaking of not discussing stuff…

4. Only sign a Non-Disclosure Agreement (NDA) AFTER negotiations are settled. This may not always happen, but sometimes the party paying the compensation might ask you to sign a contract which legally prevents you from discussing certain details of the incident.

Daniel says he has personally not seen an NDA agreement for accidents, but he “won’t say it’s out of the question for some companies to not want the victim to continue drawing attention to the issue after it’s been settled.”

Unless you’re a lawyer, legal documents are written in such a way to make your brain bleed; so the first thing you should do is to get a lawyer to read and explain the conditions of the NDA to you so that you know what you’re signing.

Also, only do this AFTER the compensation has been settled because if you signed it beforehand, you’ll basically be painting yourself into a corner if the negotiations turn sour or if the contractor/developer decides to not live up to their end of the bargain.

There is no fast and hard rule about what goes into the NDA, and you should only sign it if you’re agreeable to the conditions. As Daniel puts it:

“If the terms are fine and agreeable, by all means sign it- after weighing the fact that the compensation is (in the victim’s opinion) sufficient and is sure that he/she wont pursue the matter further subsequently.” – Daniel Goh, in an email interview with CILISOS.

Of course, this is assuming that everything goes smoothly. But what if it doesn’t?

5. You can sue the contractor, the developer, or both.

So let’s say that you can’t reach a compromise that satisfies you and you decide to take legal action and sue their pants off…. but who do you sue – the developer or the contractor? 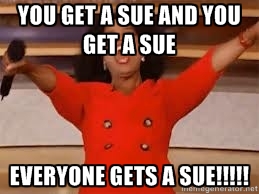 First, get a proper lawyer to advise you. For a case like this, you’d want to look at civil lawyers and/or those with experience in negligence cases and occupiers’ liability. Very generally, your odds are better suing both the contractor and the developer – the contractor for causing the harm and the developer for “vicarious liability” – a fancy brain-bleeding lawyer word for “indirect responsibility”.

But again, don’t forget that court cases can be time-consuming and expensive so you’d wanna avoid this path if you can. And get a qualified lawyer!

A mutual agreement is the best agreement 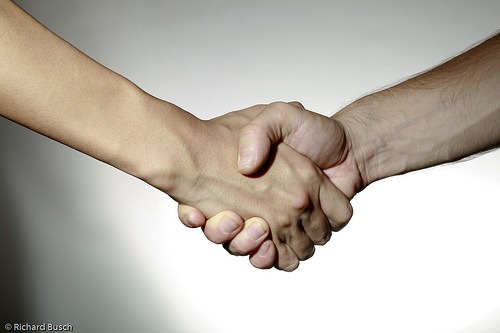 At the end of it, everyone would like the matter to be settled as fast as possible and on terms that both sides are happy with. Although we used Atria as a case study for this article, we feel it’s right to point out that they were very forward with information on the incident, and that they have taken action against one of the supervisors while launching a full investigation. They were also deeply apologetic for the inconvenience caused to the victims.

Also, while this article is meant to be a guide of sorts, we still recommend that you get a lawyer regardless since your case may be different from this. But let’s hope you’ll never be in this situation la 😉

Bonus: Can you still sue after being compensated?

This is more of a what-if question that we asked the lawyers because we gatal, which is whether or not you can still sue after the developer has compensated you.

Well…. you can, kinda, but chances are you’ll move from victim to Scumbag Steve, as demonstrated by CILISOS writer Hans. There’s a set of rules in court called “estoppel” which prevents you from taking action that you’re usually allowed to take – which in this case is suing someone. An even simpler way to explain this is that it’s a “gentleman’s agreement” between you and the other party.

However, if you REALLY wanted to, you could start looking for holes in the agreement, such as additional damages which may not have been accounted for or take a lawsuit against the other related party, meaning that if the compensation came from the developer, you could try suing the contractor. So depending on what you’re able to come up with, the court might allow you to continue, but you’ll be more likely to leave muttering curses under your breath. 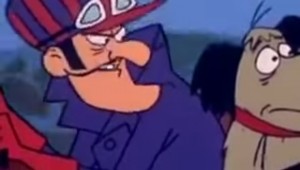