The Datsun 130Y, or more commonly known as the Nissan Sunny. Source Looking at all these… vintage car models here and there among the more modern cars during a traffic jam, one might wonder what Malaysia’s automotive market was like in the early days, simply because it’s a traffic jam and one’s radio hits another 20-minute commercial break. It has been a long journey, through many models from many manufacturers, automotive policies and taxes and stuff.

So what did people drive in Malaysia after kereta lembus?

The ones who brought cars to Malaya were probably the colonialists An appropriate reaction to seeing a car for the first time. Source

In colonial times, Malaya was like that quiet kid in class with 48 different color pencils: errrbody wants them a color. The British found Malaya to be quite prosperous; there were plenty of tin ores to be mined, and the fact that it’s smack in the middle of the world’s main trading area made it a great place to settle down and start a business empire. Due to that, the British built a 4,000 mile-long road in 1923 that went right through the Malay Peninsular, and then some. This road even made it possible to drive all the way to Bangkok from Singapore. Bear in mind that petrol pumps weren’t that common back then, though. Peel Road in Kuala Lumpur, 1950s. Source

With proper roads in place, the import of cars to Malaya increased tenfold between 1910 to 1925. However, not many can afford a car back then. Most car buyers were British Officers and Chinese tycoons in major cities like Ipoh, Kuala Lumpur, Penang and Singapore. For a while British cars were the main choice of the people, but their reign ended in the late 1800s, with American and European cars getting themselves some of that sweet market share. To add insult to injury, people liked American cars better, as evidenced by them recording the highest number of sales in Malaya.

The British did not miss that development, and soon came up with some developments of their own, such as higher taxes imposed on the sales of American cars. However, even with various restrictions and taxes placed on them, American cars still managed to reign supreme in sales, mostly due to the fact that they were a lot cheaper to manufacture.

American cars in Malaya was first sold by the Ford Motor Company. Through its subsidiary, Ford Canada had appointed Dodge & Seymour to handle the sales of American cars in the Asian region. Fords soon became a big hit in Malaya, and the increasing number of sales prompted Ford Canada to try and sell their cars directly. So, in 1926, the Ford Motor Company of Malaya Ltd was established in Singapore. This move proved successful, as they soon managed to secure 80% of all car sales in Malaya. The Ford Cortina MK1 was the bees knees in 1964 Malaya. Source

Between 1925 to 1965, Ford remained as the only car assembly company in Singapore, and they did so well for themselves that they can export their cars to other places such as Borneo, Siam, Burma, Pakistan, India and Brunei. Before they closed shop in 1980, the Ford Company managed to churn out some 150,000 cars.

Malaysia’s formation shifted the industry to a higher gear

An EPF building under construction beside a recently completed Federal Highway, 1962. Source

When Malaysia was formed, the people behind it came up with a policy called the Import Substitution Industrialization (ISI). Basically, it’s a policy that favors locally made goods instead of them gaijin goods. Through the ISI, the Malaysian gomen opened its doors and pockets to foreign as well as local companies to set up complete knock-down (CKD) or semi knock-down (SKD) car factories, which are just fancy words for factories that assembles cars from car parts.

This was part of the government’s plan to heavily reduce the number of complete built-up (CBU) car imports (whole cars, ready to be driven), and the plan was further supported by the introduction of import quotas as well as high import duties. This was all done to make more jobs for Malaysians, and maybe to learn a trick or two about making cars through technology transfer.

One of the earliest car assembly factories is Malaysia was a Volvo factory in Shah Alam. In 1967, Volvo assembled the Volvo 144, which was technically the first car model to be assembled in Malaysia. Other companies soon followed suit and set up shop in Shah Alam. However, during all this, Singapore left the Malaysian Federation, and there was a sort of rivalry between the two countries to get as many foreign investors on their side as they can. Some say that that’s the real backstory for Hungry Hungry Hippos. Source

While Japanese cars had been in Malaya since the mid 50s, they weren’t very popular back then due to people still being all anti-Japanese and stuff. Plus, Japanese cars at that time weren’t as good as Western cars in terms of quality anyways: their light and thin body frames caused them to be known as ‘tin Milo‘ (Milo tins). 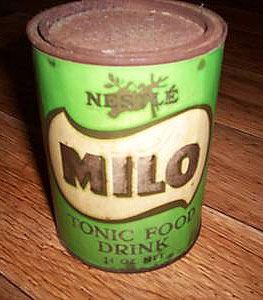 But the Japanese automotive industry had since improved by leaps and bounds, with more quality in their products in terms of fuel economy, durability as well as the purchase worthiness to the point that Japanese cars became the most popular cars in Malaysia by the 1970s. At first, only the Nissan (Datsun) entered the Malaysian market. Soon, other Japanese brands such as Toyota, Mitsubishi (Colt), Mazda and Honda came along as well, and these cars somewhat defined 1970s Malaysia. Japanese cars became so popular that at one point, the only Western brands that could compete with the Japanese cars were Fords, Fiats and Morrises.

NAH, BACA:
Why do the govt and developers want Kampung Baru land so badly?

With the help of Japanese manufacturers, we then started making our own cars The rise of Japanese cars were then somewhat interrupted by the establishment of Proton in 1983. The idea came about when Yohei Mimura, then the president of Mitsubishi, came to Malaysia on a visit. He then got together with Tun Mahathir and persuaded him to make Mitsubishi BFFs with Proton. After two years of research with Mitsubishi, Proton Saga, the very first Proton, came into being. The success of the Proton Saga became a precursor for the creation of other models such as the Iswara, Tiara, Putera, Perdana and Satria.

To further enhance the country’s automotive industry, in 1993 Perodua was established through cooperation with Daihatsu and Mitsui. Their first product was released in 1994, and that product was the Perodua Kancil. The Kancil was a success story for Perodua. During its 15 years in the automotive market, 722,223 units were made, 708,000 of which were sold within Malaysia, making it Perodua’s most successful model. To further ensure the success of Proton and Perodua as catalyts to the Malaysia’s automotive industry’s growth, the government made like the British and started to impose heavy taxes to imported CBUs from outside of Southeast Asia. These taxes include import duties as well as local taxes such as excise and sales taxes, and they were meant to ensure that national cars had a fighting chance against the imports.

As much as 30% in import duties were charged on every imported CBU, in addition to excise taxes. While import duties may be the reason behind the heart-attack inducing prices of foreign cars, excise taxes, which were charged according to a car’s engine capacity, was categorized as a local tax. This essentially meant that all car models, imported or not, are subject to it. In other words, excise taxes is part of the reason why some Proton and Perodua buyers are eating Maggi curry five nights a week.

While the 6% Goods and Services Tax (GST) introduced in 2015 replaced the 10% sales tax for cars, thereby reducing the total price by 4%, import buyers are still paying two times the original price of the cars due to high import taxes. For example, if someone were to buy an imported car with an engine capacity of less than 1,000 cc, he or she would be paying 30% in import duties, 75% in excise tax as well as 6% GST. The resulting tax would be 111%, which would be more than the price of the car itself. According to Wake Up Malaya, even before Proton was established, Tun Mahathir had already raised the excise taxes for imports three times as an early strategy to help Proton cars compete with other models, and the excise tax was raised again in 1998. This indirectly removed the competitiveness of other models in the market in terms of price.

Imported or not, buying and having cars now can be a huge burden 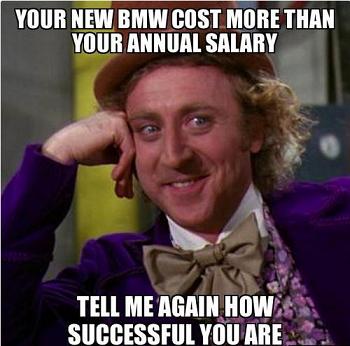 Here are some fast facts:

Due to the problems arising from current car prices, it’s an area that policymakers try to improve on. Before the 13th General Election (GE), the current Prime Minister Najib Razak had promised in his manifesto to gradually reduce car prices by 20-30%, by reexamining the National Automotive Policy (NAP). According to the Head Executive Officer of the Malaysian Automotive Institute (MAI), car prices will go down when the GST was implemented in 2015, as it will replace the 10% sales tax with 6% GST.

True to their word, when the GST first came into force, the price for most models did go down, even though it’s not as much as they claimed. As we’re nearing the 14th GE, there are still no signs of car prices dropping by 20-30% as planned. While the prices did not drop, the government dropped something else, i.e. a bombshell by announcing an increase in excise tax for multi-purpose vehicles (MPVs) from 60% to 65%. However, due to the public’s objections, the increase never happened.

While taxes do play a big part in the unaffordability of cars, there are other factors that influence car pricing, such as the profit margin set by car manufacturers and dealers, as they also need some profit to stay in operation. With all that had been going on, one might wonder where Perodua and Proton are heading after 20 years of operation, and how much longer do Malaysians have to bear with obscene car prices, even for locally-made cars.

Perhaps it’s time for the government to really make an effort in reexamining the tax rates imposed on automotives, as opposed to simply giving a crutch to Proton and Perodua to the point that it burdens the buyers. Due to insane costs, buyers would do well to consider buying cars within their means, taking into account service costs, road tax, insurance and mileage. Buying a secondhand as opposed to new cars can be a great alternative, especially in current economic conditions.