Alright, ladies and gentlemen. Let’s take a trip back to World War 2 – the critically acclaimed sequel to World War 1. No, no, we’re not gonna cover everything that happened during the Second World War, don’t worry. We’re here to weave a strange tale of two Japanese men whose bits of information are only mentioned in passing in several books and a research paper. Before you ask, you won’t find anything about these guys in our Sejarah textbooks (trust us, we’ve looked).

Special thanks goes to our intern, Obi Wan, for helping out with research. Img from KnowYourMeme.

When the Japanese occupation of Malaya ended at the tail end of World War 2, two Japanese holdouts (hang on, we’ll explain what this is in just a bit) joined the Malayan Communist Party (MCP). Yep, the same MCP that was fighting to kick the Japanese out of Malaya just a short while ago. Weird doesn’t even begin to cover it.

Before we get into who these two guys are and why they joined the MCP, we’ll first be doing a not-so-deep dive into the concept of Japanese holdouts.

What in the world is a Japanese holdout?

After the United States went with the subtle strategy of turning Hiroshima and Nagasaki into rubble with atomic bombs in 1945, the shell-shocked nation announced their unconditional surrender. Not all of the Japanese soldiers went home immediately, though, and continued fighting as Japanese holdouts.  Some of them didn’t believe Japan had surrendered. Others simply didn’t get the news in time. Many refused to return due to their sense of honour. Hold up, did I hear that right?

Arguably the most well known holdout, Hiroo Onoda, dismissed messages that the war was over, and played a 29-year long game of hide and seek at Lubang Island, Philippines. Another duo of stragglers, sergeant Masashi Ito and private Bunzo Minagawa spent a miserable 16 years in Guam post World War 2, surviving on appetizing meals that consisted of “roots, worms, grass and grasshoppers”. 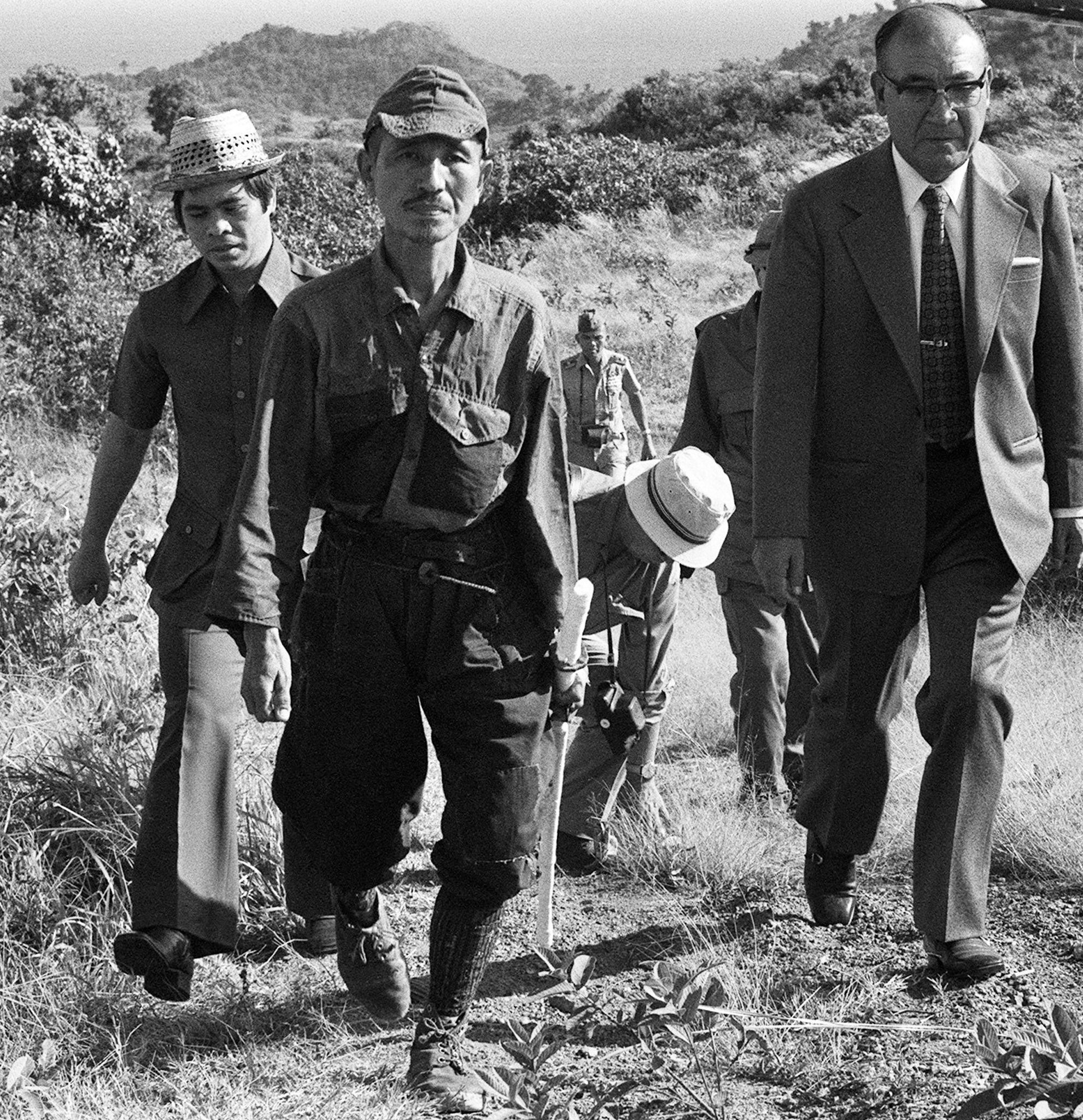 Now that you guys know what Japanese holdouts are, it’s time to introduce our main characters: Shigeyuki Hashimoto and Kiyoaki Tanaka; two Japanese civilians that fought with the Malayan Communist Party (MCP).

They were civilians & they joined the MCP to free Malaya

See, after the Japanese rode in on their bikes and conquered Malaya in 1941, the Empire of the Rising Sun started setting up various companies and factories to take advantage of our country’s rich natural resources. One of these factories, Nichinan Seitetsu, was set up in Sungai Petani, Kedah as an iron processing plant. Unlike the more prominent holdouts we’ve talked about before, Hashimoto and Tanaka were not part of the military when they joined the MCP, just two guys working in an iron factory. When the Japanese occupiers left in the wake of their unconditional surrender in 1945, the British swooped in to take over. That didn’t sit well with Hashimoto and Tanaka, and they had a plan. In an unexpected move, they made a career change to be guerilla warriors and joined the MCP.

COD Warzone was a lot more realistic back in the day. Img from Peraktoday.

While that’s all well and good, why would these Japanese guys join an organization that was very recently anti-Japanese? Get this – they wanted to fight the British with the MCP because they didn’t want Malayans to think Japan were the bad guys. Apparently, they thought that letting the Brits come in and take charge would paint Japan in a bad light. Here’s what Hashimoto said on TV after they returned to Japan:

“We thought Malaysians would think we were taking advantage of them if we let Britain reclaim their country,”

While it seemed like the two men were acting on behalf of Japan, they didn’t hesitate to call their own nation out. In 2016 paper published by Professor Hara Fujio, Hashimoto was quoted as saying:

“I fought for 45 years in order to liberate Malayan people and to wipe off the disgrace of wicked Nippon,”

The fellas might’ve had the best interest of the Malayans at heart, but you know what they say: the road to Darurat is paved with good intentions. In hindsight, joining what’s now known as a group of terrorists isn’t the best idea.

They were good at making traps… and music?

Before we start singing praises and building statues of the two men, but we gotta mention that part of Hashimoto and Tanaka’s job scopes with the MCP were to build deadly traps designed to turn people into strawberry jam.

Although the pair were civilians, they were suspected to have had experience with the Japanese military. Hashimoto was said to be an expert in weaponry. Tanaka was an engineer who could cook up powerful landmines. He even taught other communist guerillas to make and repair their own firearms. The Party sure got a whole lot of bang for their buck. This bad boy is better than whatever Dyson has in store. Img from 9gag.

Their ingenuity when it comes to crafting explosives was highlighted in Chin Peng’s memoir, “My Side of History”. Get ready for some real Rick & Morty shenanigans: in a skirmish against the British, Hashimoto and Tanaka created a makeshift bomb with a flashlight bulb, some crushed match heads, and a battery. Their skillset and loyalty earned them the title “warriors of internationalism”. These sorts of award are pretty common in regimes associated with Communism. In China, restaurants often display the award for “model and advanced work units”, another equally impressive sounding if arbitrary recognition of achievement. 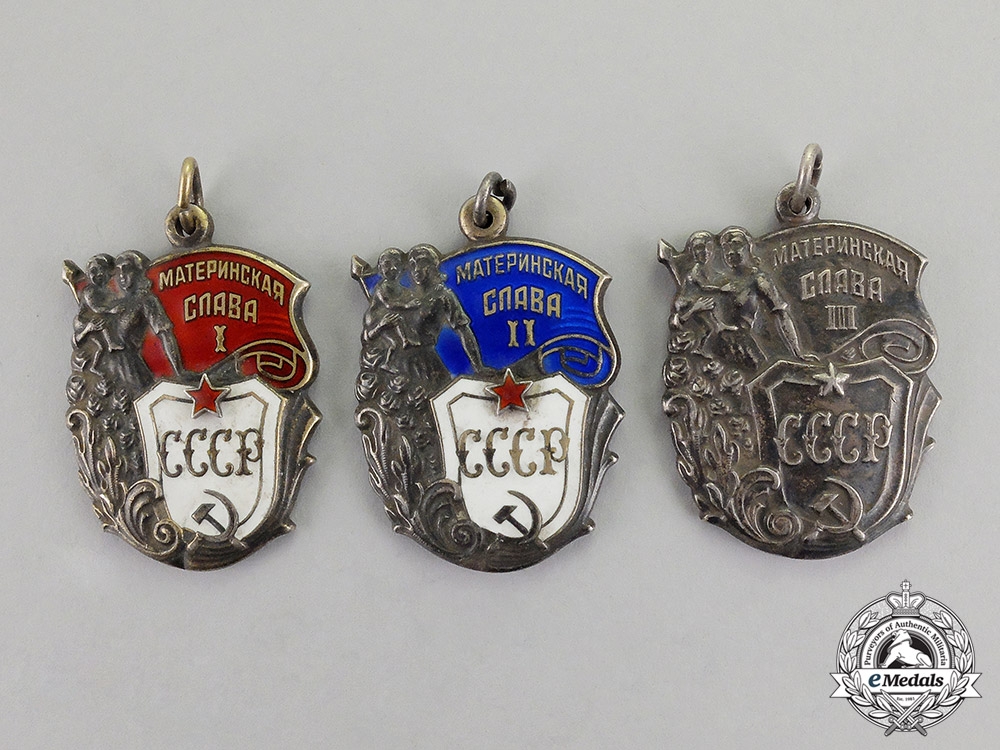 The Soviet Union gave these out to ladies who birthed and raised at least seven kids. It’s a real thing. Img from emedal.

Behind the scenes, Hashimoto and Tanaka contributed to the culture of the wayward Communists with music, song and dance. They would introduce Japanese songs to their guerilla homies, some of which would be translated into Mandarin. One particular song, 日本名歌:榕树下 (Japanese Folksong: Under the Banyan Tree) became a hit among the rebels. Not impressed with just the arts?  Hashimoto’s got a wider repertoire than just his sick dance moves – apparently, he could do acupuncture and jūjutsu too! You’d think that the two guys wouldn’t fit in too well with the MCP, but that probably wasn’t the case. They seemed to be well liked by their comrades, enough that they were given nicknames, with Hashimoto and Tanaka being called A Fu (阿福) and Jing De (精德) respectively.

One of the men wanted their ashes scattered here

Hiroshi Inomata, the first secretary of the Japanese Embassy in Bangkok at the time asked them why they stayed for so long. Here’s the answer he got:

“(We) never forgot about Japan and had wished to go back since the beginning, but the time was not ripe for them to do that. (We) didn’t want to surrender. Now that the peace agreement has been made, (we) are free to go.”

We’re not sure what their long term plans were, but the lads ended up shacking up with the MCP in the hot, sweltering jungles of Malaysia and Thailand for over 45 years. After a peace agreement cemented between the MCP leaders and the Malaysian government, the pair went back to the open arms of their homeland and families in January 1990… apparently after having a farewell party with their comrades.

If nothing else, they were beloved comrades. Img from A Blast from the Past.

Unfortunately, this is where the story ends since there isn’t enough information out there about their lives after returning to Japan, but we do have one last piece of info. One of the men had the intention of staying where their last encampment used to be in Southern Thailand forever by having his ashes scattered there.