Malaysia’s relationship with the international Jewish community is a tricky one to say the least. Despite the fact that we seem to have a ‘booming, but very discreet trade relationship’ with our enemies-on-paper Israel, we’re actually ranked as the number 1 most anti-Semitic Asian country outside the Middle East!

Screenshot from the Frommers Travel Guide

And this reputation probably isn’t helped with our leaders making comments such as these:

“… the Jews are not merely hook-nosed, but understand money instinctively…” – Dr Mahathir, in his book The Malay Dilemma, as quoted by Free Malaysia Today

But that doesn’t mean Malaysia has never had Jewish people on our lands. For instance, did you guys know that Penang was once home to a small Jewish community? In fact, Jalan Zainal Abidin in George Town was once called Jalan Yahudi, and is the site of a Jewish cemetery which stands to this day!

Furthermore, did you guys also know that there was a Jew who fought for Malayan and Singaporean independence as both a soldier and as a politician?

His name was David Saul Marshall, an Orthodox Jew of Iraqi descent

Born in Singapore (then still part of British Malaya) in 1908, Marshall was the eldest son of  Saul Nassim Mashal (later anglicised to ‘Marshall’), a Sephardi Jew who had migrated to the island nation from Baghdad. Marshall’s mother Flora was very religious, and so brought him up in Singapore under strict Jewish traditions.

Later on in the 1920s, the Marshall family fortune teller had a prophecy about the young David: he would someday become ‘the most important man in Singapore’.

“As a teenager in the British colony in the early 1920s, David Marshall was incredulous when the family’s soothsayer predicted he would one day be “the most important man in Singapore.” – The Independent’s obituary on David Marshall

However, young David grew up sickly, suffering from malaria and tuberculosis in his youth. Despite these setbacks, he went on to become a lawyer and joined Singapore’s legal workforce in 1937. 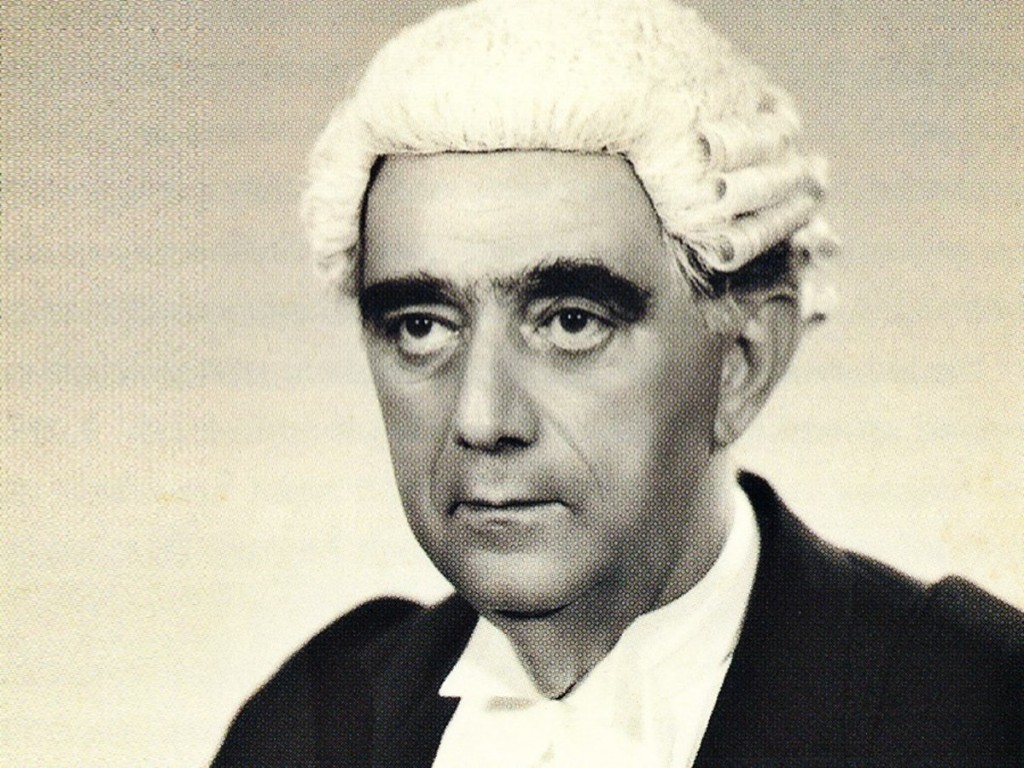 David Marshall: The Chosen One? Image from: Allen & Gledhill

When the Japanese invaded in 1942, his family had chosen to flee Singapore, but Marshall decided to stay behind, put his legal career on hold and fight the invaders as part of the Singapore Volunteer Corps ‘B’ Company. Unluckily for him, he would later become a POW, a harrowing experience he cited as the ‘decisive event that would shape his life’, and would later influence his socialist views:

“Three and a half years as a prisoner taught me humility… I realized that man is capable of cold-hearted cruelty. That was a major shock, the feeling that here were human beings who were not on the same wavelength as me at all, who were not even human from my point of view.” – David Marshall 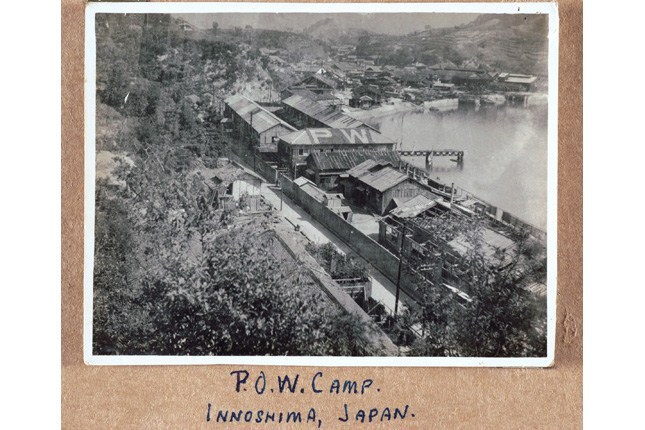 An example of a Japanese POW camp in Innoshima. Image from: Roots

After the Japanese surrender, Marshall returned to Singapore to focus on his legal career, where he became known for his dramatic courtroom victories, his eloquent speaking skills, as well as his generosity and pro bono work:

“I used to charge $1 for a murder case if he was Malay because he had no money. I used to charge $1 to trade unions; all Malay unions, I charged $1 a year. And the $1 is simply because, if you do it for nothing, you are not liable in negligence whereas $1 makes a contract and, if you are negligent, they can sue you.” – David Marshall

Now the most prominent criminal defence lawyer in Malaya, Marshall (who had faced systematic racism as an Asian Jew) had long disliked colonialism and racial discrimination, and would join politics ‘by accident’. By his own words:

“Like you call me ‘Jowdy Jew, brush my shoe’, and next thing I know is I hit you on the nose… I wanted to break the sonic barrier against Asians and especially against Jews.” – David Marshall

David Marshall, the ‘accidental’ politician. Image from: Off The Record

Marshall later left the SPP in 1952, and formed the Labour Front coalition two years later. Marshall would lead this new coalition to victory in the 1955 Legislative Assembly election, and the ‘accidental’ politician David Marshall was now ‘accidental’ first Chief Minister of Singapore!

Marshall used this new position to build up an identity for a young Singapore, introducing many new policies that have made Singapore the nation it is today. These include:

But his proudest achievement (in his own opinion) was his 1956 multilingualism motion, which took after the example set by Switzerland with their four national languages. It was unanimously passed, and until today, this ‘equal respect to as many of the major languages’ is shown via Singaporean road signs and MRT announcements. NAH, BACA:
Who's happier - Malaysians or Singaporeans? We ask psychologists!

However, Marshall still only had one thing in his mind: Independence.

Now in the hot seat of Chief Minister, Marshall was now hell-bent on achieving his goal since day one: Singapore’s independence and self-governance. He even allegedly went as far as promising his resignation as Chief Minister of Singapore if he failed in his mission.

Having been instrumental in Malaya’s own Merdeka negotiations, as well as with Baling Talks, Marshall now needed Tunku Abdul Rahman’s help to realise his goal. The issue here was that the British did not believe that Singapore could sustain itself as its own, independent nation, especially with the communist threat hovering over their heads.

Hence, as Malaya drew closer to achieving independence, both Marshall and Lee Kuan Yew began pushing for a merger with the Federation of Malaya, as this would be the ticket to Singapore’s own self-governance. And so, Marshall called an urgent meeting with Tunku to discuss ‘the question of future relations between the two countries’. However, while the British government welcomed the idea (since this would tighten Singaporean defences against the communist threat), they stressed that both parties had to agree to the deal, and Tunku did not at the time, because of concerns over the demographic balance of the two nations (though as we all know, he would later change his mind in 1960).

Despite these unfavourable odds, Marshall pushed on, leading a 13-man delegation to the 1956 Merdeka Talks in London to discuss terms for Singaporean self-governance. Unfortunately for Marshall, he failed to convince the Brits, and the last round of their negotiations ended in an impasse over internal security disagreements. Dejected by his failure to achieve self-governance, Marshall resigned his post as Singapore’s Chief Minister as promised. He would go on to found the Worker’s Party in 1957, but would later leave them too and return to his old job as a criminal lawyer, and later, ambassador for Singapore.

But despite Marshall’s initial failure, his successor Lim Yew Hock led two more delegations to London, the second of which finally achieved Marshall’s dream of Singaporean self-governance. Both Malaya and Singapore would achieve independence in 1957 and 1965, respectively, and it all started with the struggle of David Marshall.

In the end, Marshall succumbed to cancer in 1995 after a year-long battle, at the age of 87.

Despite resigning in the end, his Merdeka spirit should not be forgotten

David Marshall was in Malayan politics for a good time not a long time, but his achievements during that relatively short period are definitely worthy of recognition. In fact, remember that quote about a fortune teller saying Marshall would become one of the most important men in the region? Well here’s what the same fortune teller allegedly told Marshall after he became the Chief Minister of Singapore:

“…you won’t be the most important man in Singapore for long,” – Quoted from The Independent’s obituary on David Marshall

But in case you’re not a fan of metaphysics, don’t worry Cilisos gotchu. Here’s another quote from political scientist Chan Heng Chee:

“…David Saul Marshall, a Sephardi Jew, came into Singapore politics like a shooting star, and, as in the nature of a shooting star, filled the sky with brilliance, and then disappeared.” – Chan Heng Chee, Singaporean political scientist, as quoted from her book A Sensation of Independence: A Political Biography David Marshall with his signature pipe, an icon of his legacy. Image from: National Archives of Singapore

Marshall’s legacy also goes to show that ethnicity and religion don’t matter when fighting for a shared, common national goal. Despite growing up with racial discrimination, Marshall proved his doubters wrong and gave it his all for the sake of Merdeka. As for the predictions made by his fortune teller tho, well, let’s just say it’s hard to doubt his prophecies now.