Malaysia has always had its fair share of warriors; ones like Dato’ Bahaman, Mat Kilau, Tok Janggut, and Rentap, who more often than not end up fighting the British. But have you ever heard of Ontoros Antanom, the mysterious Murut warrior who could raise the dead, make himself invulnerable, and turn himself invisible?

In fact, the last one might actually be true because there’s no photo of Antanom that’s known to exist. Yup, the popular picture of Antanom you see below (and in many places) isn’t actually him. It’s a sample picture of what people said he looked like. 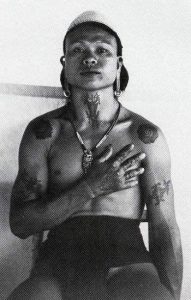 Other than his mythical abilities, Antanom is also known for leading the Murut tribe against the British in 1915; which was a lot harder than it sounds because…

The Murut People were united in name only So, let’s talk about the Murut people. Being among the largest races populating Sabah in North Borneo, they’re scattered around Sabah’s inland, and lightly sprinkled across Kalimantan, Indonesia.

While all the tribes shared the name of “Murut”, they were quite divided; each separate group of Muruts also took the name of a river which they lived nearby as a source of identity for their individual tribe (e.g. Selalir Muruts, Telekoson Muruts). And most of the tribes fought with each other, with blood feuds and raids happening quite frequently.

The Muruts had the belief that great warriors possess powerful magic, being able to harness supernatural abilities like invincibility and invisibility. Well, for one, oral accounts considered Antanom as the strongest warrior of his time; and he pretty much displayed himself as a prophet – claiming to be capable of miracles such as bringing back the dead and providing for their needs as long as the Muruts choose to follow him.

So it’s probably no surprise that his tribe, the Tagol Muruts, had great success in raiding other villages to the point of being the most feared. While it’s never specifically stated to be magic or just good strategy, the turning point came when the other villages had a genius plan to unite and deal a blow to the Tagol Muruts by storming Antanom’s house in a surprise attack… only to find it empty. And in a plot twist, they found themselves surrounded by Ontoros’ forces instead. 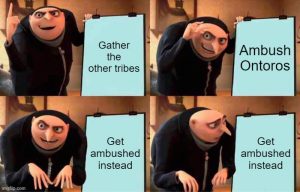 Rather than just killing his enemies however, Antanom demanded negotiation, which is probably a much better alternative to death. His terms were clear – he wanted to unite the Muruts and fend off any outsiders that might encroach on his people and their land.

He got to unite the Muruts when the other chiefs accepted Antanom as a supreme warlord and Chief of all Muruts. Say what you want about the Muruts, they certainly have a flair for the dramatic. As for the outsiders part, that conveniently came in the form of…

North Borneo Chartered Company, a.k.a the British (who else?) 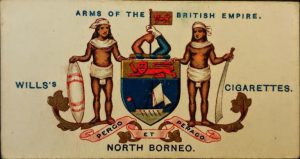 The North Borneo Chartered Company (NBCC) were in charge of colonizing, well, North Borneo. While they secured the interior region by 1884, it wasn’t until 1910 that they started exercising control. As usual, the NBCC’s reasoning was along the lines of “civilizing” the Murut’s barbarism. If you really need a perspective on how the British saw the Muruts, one of them went so far as to compare them to Orang Utans. Conveniently enough though, there was also much profit to be made from the products of the land, like black pepper and tobacco. 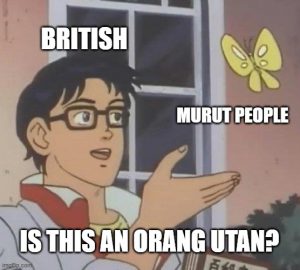 In the meantime, Antanom had succeeded in ending all intervillage-warfare and created a mutual enemy in the British. Interestingly enough, Antanom’s ‘government’ was also able to decide policies on who they consider their enemies besides the British, such as the Dayak people. At this point, however, the focus was on the British who had imposed all sorts of things that made life more difficult for the Muruts. This would later give rise to what would be known as the Rundhum Rebellion of 1915.

As with history, there have been differing accounts on why the rebellion happened in the first place.

A colonial record has claimed that the Muruts suffered from a string of droughts and, being unable to obtain enough to eat from the forest, blamed all their misfortune on the arrival of the British. Ontoros, being an opportunist, promised to oust the British from the Murut’s land. In other words, the British said the British were blamed for no good reason. 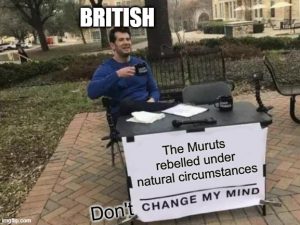 On the other hand, accounts from the Murut, cross-referenced with other colonial records, provide a more believable account. Basically, the British had imposed a multitude of taxes, restricted the Muruts from opening new land (courtesy of the Ladang Ordinance 1913), and forced them to construct paths through the jungle without pay. 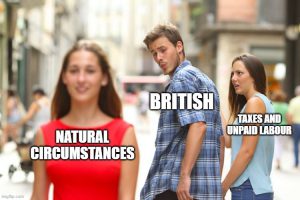 The unpaid labor one was particularly distressing to the Muruts, as it was disrespectful to their status as warriors. In light of all this, Ontoros told the Muruts that they should not pay taxes, or be forced to labour, and left to live their own way of life. This includes freely hunting and gathering in the forests, opening new land, farming, and removing the heads of their enemies.

Oh yeah, we forgot to mention that the Muruts were headhunters (not the corporate type).

Quite like other Bornean tribes, headhunting was, in fact, a prevalent practice among the Muruts. Usually, it happens after a feud or war, where beheading the enemy was a sign of victory. There was also a spiritual justification: the hung heads were perceived to contain spirits that protected the tribes’ homes. Unsurprisingly, this ended up being banned by the British, further disrupting their way of life. 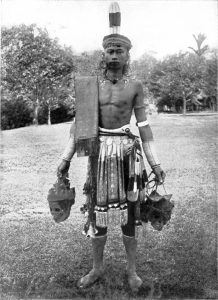 They wanted to get a-head of their enemies. Image from Culture Trip

By 1915, Antanom had readied a good 700-900 Muruts to act as one force, equipped with basic weaponry such as swords, spears, and the legendary sumpit (blowpipes!). Rather than instigating an outright war, they acted as marauders to launch unexpected attacks at several locations. This included the Rundum police station and later the Pensiangan station, with the latter being successfully destroyed.

Later on, the Muruts decided to initiate a full-scale assault directly upon British reinforcements. However, the British, being armed with rifles, were able to force the Muruts into retreat after killing 12 warriors and wounding 20 – 30 more. This prompted the British (who up until now have assumed the Muruts to still be fighting each other) to handle the situation, which they did by assembling a large force of 100 police and 300 supply carriers to assault the Murut fort at Silangit.

So how did the Muruts handle the attack?

Not too bad, as it turns out. The fort was near impenetrable and had taken nearly 2 years to be fully built with the help of all the Murut tribes, consisting of underground chambers, tunnels, and hills lined with sharpened bamboo stakes planted into a fence. The British’s assault on the fort resulted in barely any damage to the Muruts. 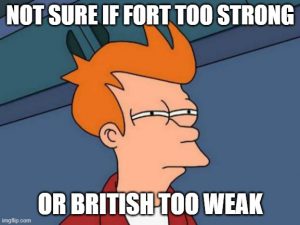 Unfortunately, as with all such stories, the British came out victorious, although there have (once again) also been differing views of how it came about.

Firstly, rather than invading the fort outright, the British changed strategies and built a blockade to cut off food and water supplies to the fort, resulting in a surrender. Very tricky indeed. Ultimately, negotiations resulted in Ontoros being surrendered to the British, who after a brief inquiry, had him immediately executed. The war continued on as the Muruts refused to surrender after the execution,  resulting in an estimated 350-400 Muruts being killed.

For the second, local narratives have maintained that the Muruts were actually on the winning side because of Antanom’s supernatural powers and that the British had only won by tricking the Muruts into peace negotiations and ambushing them after.

In the end, the Muruts lost more than just the war

Likely due to his various claims and Murut superstitions, stories from Antanom’s descendants and other local accounts say he could only be killed with sharpened bamboo or his own sword. Magic was similarly believed to have been used to unite all the Muruts against the British since Antanom was suspected to have used the threat of force and fear of the Muruts who believed he was a magician, in order to keep the tribe in line. Of course, whether that was he actually had powers or just a really good strategy is a matter of debate. 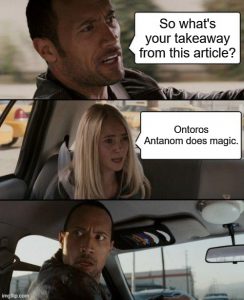 Ultimately though, life after the British victory resulted in the Murut culture being lost along the way.

For one, the Muruts once had a tradition of cultural tattoos, similar to the Ibans who believed that them to be a form of protection against harm and evil spirits. Unlike the Ibans however, the culture seems to have gone extinct due to a cultural overhaul by the British. 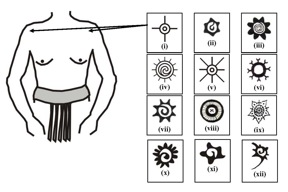 Motifs of past Murut Tattoos. Image from Malay Mail

If nothing else, it has at least rooted out some questionable parts as well, like headhunting.

“The [headhunting] practice is really a thing of the past, and is only relevant to the extent of learning history. Actually, the younger generation (with Murut blood) had no idea how violent the practice of headhunting actually is, to the point of saying ‘We are headhunters‘. It’s not something to be proud of. What has gone is gone.”

– Erica Pamela Sadom, person of Murut descent, translated from an interview with Soscili.