With all the controversy surrounding the upcoming Port Dickson by-election (13th Oct, Saturday), it would only be fitting for there to be a lot of focus on the seven candidates contesting, especially since one of them could be the next in line to be Prime Minister. In case you dunno who that is, he’s Datuk Seri Anwar Ibrahim, the candidate for Pakatan Harapan, and recently one of his pictures reportedly went viral.

No lah, it’s not a dirty picture. But it’s a bit on the trashy side. The picture depicts Anwar picking up trash on one of Port Dickson’s beaches, and the story behind that is that he’s maintaining a healthy figure by jogging during his election campaign, and he felt obliged to play a part by cleaning up Port Dickson beaches.

“This morning, I collected rubbish on the beach while jogging. I have started this tradition here so we can clean our beach and restore Port Dickson’s image as a famous tourist destination,” – Datuk Seri Anwar Ibrahim, as reported by The Star.

Even Keow Wee Loong, the photographer who was called back from Seoul to shoot Anwar’s campaign, confirmed Anwar’s beach cleaning activities, saying that Anwar will jog while collecting rubbish for 30 minutes every day, as he felt that it’s a joint responsibility to keep the ocean clean for future generations.

However, it would seem that he’s not the only one with that idea. That’s Saiful Bukhari, one of the independent candidates who is also contesting in the upcoming by-election. It would seem that he has pledged to beautify the coastal town as well, and he’s got the picture to prove it. Although it’s nice to see politicians picking up litter once in a while…

Not everyone bought into the picture

While the picture warmed many an Anwar supporter’s heart, others were a bit more critical. That last one is pure destruction. Comments from the FB post.

To many people, Anwar’s beach picture is just another publicity stunt. This particular kind, however, is called a photo op (op as in opportunity), and it’s pretty common near elections. While it used to be a spontaneous, candid thing, today’s photo ops tend to be planned for days or weeks beforehand by campaigners, usually with the goal of making politicians look more human instead of, well, politicians.

According to a documentary by CBC News, a photo op can be used to persuade voters that the candidate is likeable and approachable; someone you’d invite into your home… 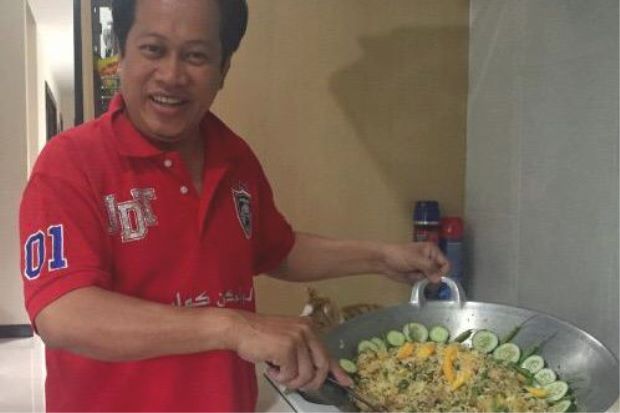 Wouldn’t you want Ahmad Maslan to cook for you? Img from the Star, June 2015. 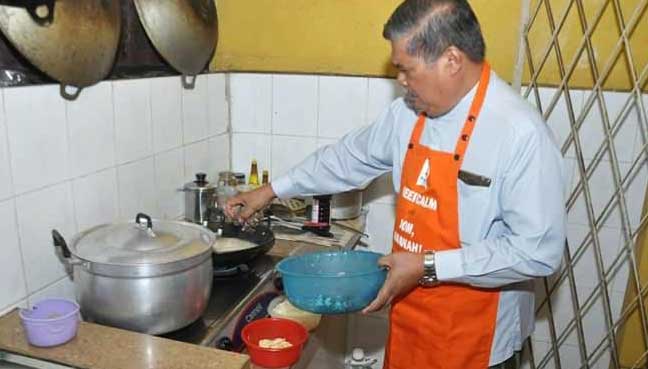 A challenger appears! Img of Mat Sabu from FMT, Sept 2017.

…hang out at a kopitiam with… …or trust to handle your baby, among other things. A photo op can also illustrate a policy or a promise made by the candidate. For example, photos of Education Minister Dr Maszlee Malik visiting a school and interacting with students may show his seriousness in improving the public school system. We’re not saying that all photo ops are orchestrated to be campaign tools, but you probably get the idea by now. And it would seem that people have no problem seeing through set-up pictures, but according to Mick Temple, a journalism and politics professor at Staffordshire University, sometimes even a fake-looking picture can improve your chances, especially in close elections.

“People aren’t stupid. They can see through the pictures. They’ll base their decision on other areas… But, on the other hand, the more pictures you’ve got out there not presenting negative images of you, the better,” – Mick Temple, to BBC News.

Of course, it might have been better if they had attended or endorsed the official beach cleanup two weeks ago….

A few weeks before Anwar and Saiful’s pictures went up, a worldwide event called the International Coastal Cleanup (ICC) was held in Malaysia, where groups of people basically just get together and clean up their beaches. This year, the ICC happened during the last weekend of September and saw more than 4,000 people cleaning up 84 beaches throughout Malaysia, including Sipadan, Pulau Redang, and… Port Dickson. Yep, that’s YB and HRH up there. Image via ReefCheck Malaysia’s FB page.

We actually contacted ReefCheck and as far as they know, none of the PD politicians participated in their event. Also, we’re guessing that if they did, this photo opp would’ve come out two weeks ago. There were some other politicians there though, YB Hee Loy Sian and HRH Tengku Zatashah Sultan Sharafuddin Idris Shah, daughter of Sultan of Selangor were at the Pantai Morib cleanup.

Also, while there’s definitely a feel-good factor to picking up trash,  some had likened that solution to mopping up the floor when you have an overflowing sink; it’s a temporary solution at best unless the root cause is addressed. Maybe that’s why Anwar and Saiful both managed to still find trash for their photos after just two weeks. 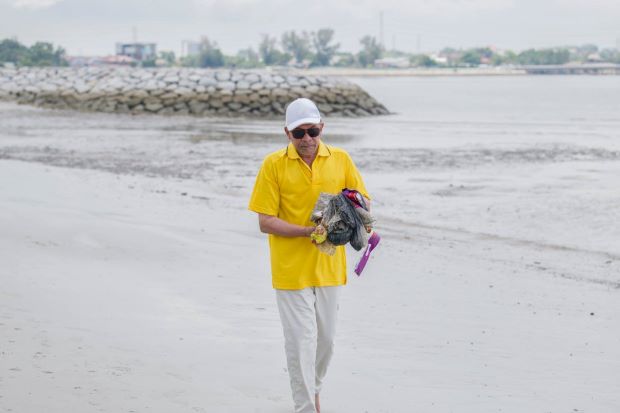 Did Anwar know he wouldn’t be needing a bag? Img from The Star.

So how to REALLY clean up the beach? According to Iqbal Abdollah, Miri’s Malaysia Nature Society (MNS) chairman, it’s actually quite complex.

“It is an issue of disorganised urbanisation, lack of sanitation infrastructure and adequate dump sites, the cycle of poverty, corruption, lack of recycling that generates more waste, lack of recycling projects, lack of enforcement of the laws, lack of land use plans, poor settlements set up right next to the river, etc,” – Iqbal Abdollah, to the Borneo Post.

The causes may be complex, but they’re not impossible to handle. The organisers of the ICC cleanup, Reef Check Malaysia understand this, and also work on more coordinated and long term solutions, that actually managed to rehabiitate Pulau Tioman’s reefs. And one of the ways they did it was by educating the younger generation and letting them lead the older generation by example. Do read the article if you want to level up our future PM 😉

For a high-traffic spot, you’d imagine the typical sight of cans and UHT boxes tossed by the road… but it was clean. That was the first indication that something had definitely gone right in Tioman Thankfully, Anwar is planning to do more than just pick up trash during his daily jogs. His solution will involve strict enforcement when it comes to littering, as well as new sand for the beaches if he wins the elections.

“You think Anwar is kind? If you throw plastic, we will punish. Because we want to clean up the beaches. At the same time, we will want to ask big companies to pump in new sand in the beaches so we get the cleanest beach,” – Datuk Seri Anwar Ibrahim, as reported by the Star.

Strangely, these comments were made just 6 days after the ICC reef cleanup, so it’s strange that he didn’t mention those efforts earlier in his future coastal backyard. Anyways, whether or not Anwar will follow through with his words, or even win the election, will remain to be seen. Until then, do enjoy this picture of the former Pahang MB, Datuk Seri Adnan Yaakob, happily riding his brand new bicycle. 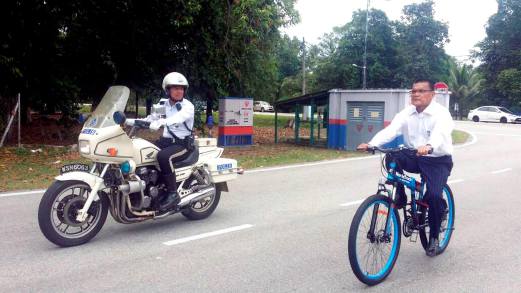 “Riding through the city on my bike all day/ Cause the filth took away my license” Img from Berita Harian, Apr 2017.

Share this article:
NAH, BACA:
Who is this millionaire who was chosen to save Malaysia's economy...TWICE?