We’ve heard a lot of bus horror stories. There was the horrible 2013 Genting Highlands bus crash – dubbed the deadliest Malaysian road accident ever. There was a bus that disappeared with Singaporean tourists’ valuables worth thousands of dollars. Most recently, there was the SEA Games bus accident that made us malu in front all our ASEAN neighbours. And then there’s this So, we know Malaysia memang got a lot of bus issues, but it doesn’t seem like the authorities are making their best effort to resolve them. Had the authorities taken serious action on reckless bus companies sooner, this other incident might not have happened to 56-year-old passenger Thomas Fann, who used to be on the steering committee of BERSIH, but is now running another nation-building NGO called ENGAGE. The Johorean was making a journey from KL to Johor Baru when he was PUNCHED by the bus driver. The reason for the driver introducing his fist to Thomas’ face will really piss.you.off…

The driver punched Thomas because the driver fell asleep while driving! Da heck?

Perhaps some of you might have read about it in the news already, or seen the victim’s post on Facebook. Here’s how it started… the bus stopped at a traffic light in Seremban and didn’t move for 10 minutes. When the light turned green it was still stationary and other cars drove past it honking at them. Puzzled, Thomas went to the front to find the driver slumped over the steering wheel, sound asleep. He had to shake the man a few times to wake him.

Thomas told other passengers he was asleep and called the bus company to report it and request a change of drivers. About five minutes later, the bus pulled up close to the Seremban toll, the driver walked to Thomas’ seat and grabbed his arm, shouting.

“He wanted me to get off the bus for making the complaint and when I refused, he suddenly punched me on my left eye. The other passengers held him back as he continued to hurl abuses at me and tried to hit me again.” – Thomas Fann, activist, in a Facebook post 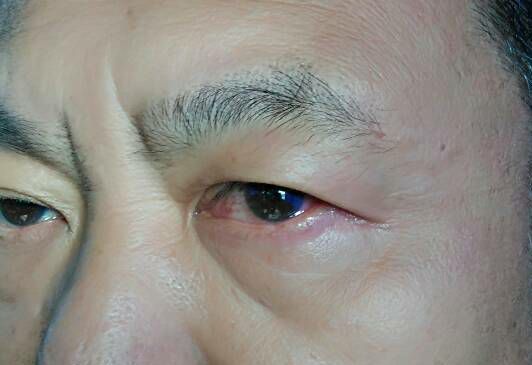 Thomas’ photo of his left eye

After that, the bus driver proceeded with the journey. When they stopped at Pagoh for a toilet break, Thomas got off and took another bus to JB.

Speaking of badly behaved bus drivers, there was also an incident where an old woman was forced off a Rapid bus by the driver. He asked to see her senior citizen card and when she cursed her misfortune, using the word ‘sui’ (bad luck), he thought she was swearing at him.

A police report has been made… but what about the driver?

Thomas has since reported the incident to the Land Public Transport Commission (SPAD) and the JB police, who told him to report it at the Seremban HQ as well. Both SPAD and the Seremban police have begun investigations. Thomas also went to examine his eyes.

“Tomorrow I will try to see my lawyer about initiating a civil action against both the driver and company.” – he wrote in a post

A spokesperson for the Supernice bus company confirmed that the driver has been suspended from work, Malaysiakini reported. “I wouldn’t want to comment much because it is already being investigated by the police,” he was reported to have said in The Star.

Depending on the outcome of the investigation, the driver may be subject to legal action, while the bus company could face a fine of up to RM500,000, imprisonment of up to 2 years, or administrative action, which may include suspension or revocation of license, SPAD explained in a statement.

“While SPAD understands that the operator involved has taken swift action to suspend the driver, the commission still regrets the incident, and would like to remind operators and drivers to place importance on passengers’ welfare and safety at all times.” – SPAD in a statement

But after all this time, why are bad bus drivers still on the road? The most stoned bus driver in the cartoon world

Ok, we cannot presume to know what’s going on with the bus driver… it could have been his first offence… he could have had a clean record before this… it could have been just bad luck. But his act of punching a passenger is unacceptable. Even if the circumstances been different – ie. a random stranger just going up to someone and punching him for fun – the Penal Code is strict with such things. [In fact, shaking a fist at someone or other threatening gestures can be considered assault, according to the Penal Code.]

But there are a number of reasons why bad drivers and bus companies continue to operate. Here are 4:

Bus drivers get commissions based on the number of trips made – the more trips, the more money. “The most common structure is a commission of RM140, which is paid to the driver and co-driver for each long-haul bus trip. So a driver will earn RM35 per trip [one-way],” explained Frankie Loke, 64, who has 39 years experience driving long-haul and short-distance express buses.

Since drivers earn most of their money through commissions, they try to clock in more trips, going longer hours, and way into the night or early in the morning. To stay awake, drivers take drugs – mainly methamphetamine, according to the Negeri Sembilan State Road Transport Department (RTD). Previously they used to take cannabis, but switched to meth after discovering that the drug is longer lasting and easily concealed.

3. When bad drivers are fired, they can easily join another company

And so the cycle continues 🙁 SPAD elaborated that the industry is short of drivers, so when kena fired from one company, he can apply for job at another company, sure will get hired. Zakeer Zubir (the driver in the Dec 2016 Muar accident) and his bus company Goldstar Express were discovered to have multiple traffic offences, including speeding, Muar Police Chief revealed. The industry just can’t seem to get fresh blood in, so the shortage gets worse every year. Many buses are unfit to be on the road. Image from fineartamerica.com

Puspakom (the only vehicle inspection company appointed by the government to handle all mandatory inspections for commercial and public vehicles) reported in 2015 that 4,111 commercial buses were not brought in for checks. Meanwhile, JPJ blacklisted 649 buses for failing 3 consecutive inspections, and fined 4,513 for not displaying Puspakom inspection discs. Additionally, runners who sometimes help with inspections alleged that it was common for operators to send their vehicles for checks only once a year, while the rule is every 6 months.

Aiyo, so teruk? How to solve these problems?

Daily urine tests and GPS might help curb these accidents 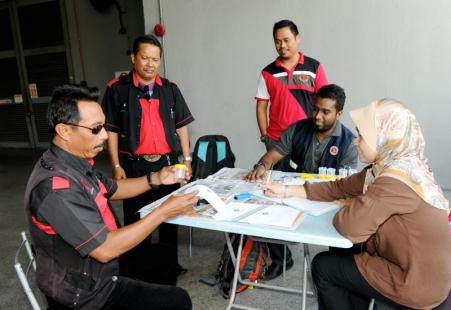 When it comes to rules, we’re not short. The Ministry of Transport, SPAD, JPJ and Puspakom have set the ground already with mandatory 6-month inspections, driver profiling, and drug screenings. Yet this doesn’t seem to be enough to deter bus drivers from misbehaving. So the Government is upping the ante. By 2020, they will implement GPS to track the location and speed of buses. Unfortunately, this is the only one that’s been confirmed. GPS system being applied in Singapore. Image from avlview.com

There are other worthwhile proposals that are either still in discussion or canned. For example, JPJ wanted to collab with the National Anti-Drug Agency (Nada) to test drivers’ urine daily, but bus companies dowan. Currently they are only testing at random, however, think of how drug abuse can be reduced if they were tested daily.

Another major one suggested by SPAD would be to change the commission system and allow bus companies to increase fares, to that can pay their drivers better basic salary. Bus associations totally agreed with this, saying they should let market forces decide the pricing.

“Every time we ask for a fare increase, they say that there is GST and it will burden the people or that election is coming. They have deregulated school bus fares so why can’t they do the same thing with express buses?” – Datuk Mohamad Ashfar Ali, President of the Pan-Malaysian Bus Operators Association (PMBOA), Malay Mail Online

On top of that, there were calls for mandatory seat belts and banning travel at night, plus the Malaysian Institute of Road Safety Research (Miros) recommended setting up a special training school to produce professional bus drivers. Many of these policies were proposed after the horrific 2013 Genting Highlands bus crash, but had not been implemented until today. Dunno waiting for what… Getting onto a bus (even our own vehicles) is always a gamble. But if bus drivers and companies were to clean up their act, it will increase the odds for safety.