Most Malaysians would probably know what a durian is. It’s a thorny fruit with a strong smell and a creamy texture, and nothing could be more Malaysian than opening up a durian with your bare hands and eating it with a bunch of people in a durian orchard somewhere #doneclaim. While a lot of people may associate the durian with memories of school holidays or the kampung life, not many would associate it with sexytime. Ruining that Malaysian childhood for ya. Censored to stay family friendly. Img from Fuyooh.com.

But as it turned out, the thorny curves of durians are very sexy, at least according to a friend of Datuk Seri Ahmad Shabery Cheek, the Agriculture and Agro-based Resources Minister. In recent news, Shabery had revealed that a friend of his claimed that eating durians can leave some people hot and bothered, in more ways than one.

“A friend told me it is true that there have been studies conducted on claims that durians have aphrodisiac value and are said to be good for men. We will ask the relevant people to conduct more research into this matter,” – Datuk Seri Ahmad Shabery Cheek, for the Star.

As such, he had stated that the government will ask for relevant parties will undertake detailed studies to prove that durians can get people hornier than an elk. 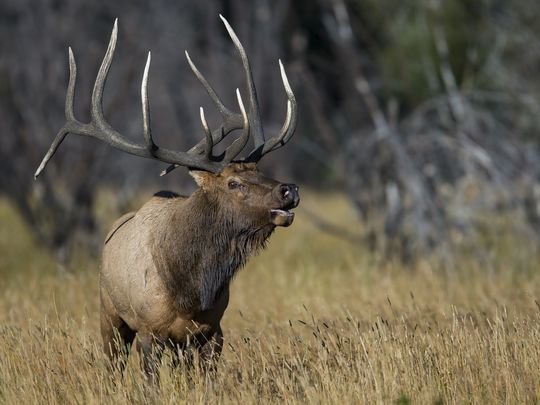 This recent news worked up our appetite… for knowledge, because there’s so many questions to ask. And the first one would be…

Can simply eating something get you in the mood? If you see this on a first date, run. Don’t look back. Img from National Geographic.

If you have a cikupek uncle, you might have heard of tips on what to eat or drink to make you super ‘healthy’. Popular claims for men would be the Tongkat Ali (Eurycoma longifolia), ginseng (Panax ginseng), or a tiger’s penis. Ramifications of a man putting an animal’s penis in his mouth aside, are there any truth to these claims, or is your uncle deluded?

According to science, your cikupek uncle might be right. All three of those things are well-known aphrodisiacs, which are any food or drug that either:

Viagra, the little blue pill that Neo didn’t take, is not technically an aphrodisiac as it enables people to get it on without getting in the mood, which is why female rapists sometimes use them. However, if all it takes for something to be an aphrodisiac is for it to turn a person on, one may argue that everything is an aphrodisiac to a naughty enough mind, and one wouldn’t be wrong. Graphs may turn on a small margin of the population, but are they aphrodisiacs? Img from Memecenter.

Some foods are believed to be aphrodisiacs because they look like a person’s naughty bits, like eggs, caviar, asparagus, anything vaguely phallic, clams, and oysters, to name a few. Spicy foods, like curry or cili padi have also been seen as aphrodisiacs because your heart rate goes up and you get all hot and sweaty after eating them, just like when you have sex. There are various claims to what can be an aphrodisiac out there, and to list them all here would be too much too handle, so we’re not going to do that.

While this whole aphrodisiac business may sound pretty woolly, some of these foods’ sexiness have science backing them up. Oysters, for example, contain a high amount of zinc. Not having enough zinc in your diet can make it harder to stand up when you’re feeling down, so eating oysters might help with that problem. We’ll assume from now on that you always know what we mean. Img from Know Your Meme.

If you were to search for aphrodisiacs on the Internet today, you might find a lot of capsules containing extracts of weird-sounding plants like Pausinystylia yohimbe, Kaempferia parviflora and Tribulus terrestis and a mess of other stuff. This is because in recent years, people have been hunting for medicinal plants to derive natural supplements from, as they are believed to have fewer side effects.

We’ve written about pharmacognosy before (the practice of finding potentially useful plants by getting hints from local traditional medicine and folklore), and you can read about it here. Essentially, a plant has to be known as good for a certain disease to be considered as worth studying. Getting back to the durian…

NAH, BACA:
4 reasons why some Malaysians actually insist that the Earth is flat

So how did durian get its reputation as a raunchy fruit?

While we’re sure dirty uncles everywhere know the sexual benefits of durian, the documented form of the lore on the Internet is sparse. A writer who visited India was told that a concoction of durian seeds would… get him set for at least two hours. And that’s about it for the personal testimonies.

More generally, however, a lot of websites (some especially dedicated to durians) spoke of an alleged Malay/Javanese proverb that goes something like “durian jatuh, sarong naik” (when the durians fall, the sarongs go up). While some people theorized that it actually meant that the sarongs went up because they’re used to gather the fallen durians, it’s said to be common knowledge for a Javan gentleman that the proverb is an allusion to sexytime. Therefore, they came up with a strict set of rules of what you can or cannot eat or drink with durians or after. Grounded rhinoceros horn was also seen as an aphrodisiac, btw. Img from kebodmedia.

The Bagobos people of the Philippines had a folktale that mentioned the durian’s potency. In the ancient kingdom of Davao, people lived very long lives, possibly due to the unpolluted environment. But the long, peaceful life caused Bagani (name meaning a ‘brave hero’), the leader of the Bagobos, to become lonely without neither a wife nor children. Bagani fell in love with Madayaw-Bayhon (name meaning ‘pretty lady’) at the age of 173, but how can he make Madayaw-Bayhon fall in love with an old man like him?

By eating a durian, of course. Referred to as the odoriferous ‘fruit of love’, a meal of durians restored Bagani to his youth. Madayaw-Bayhon, having taken a bite of durian as well, fell in love with Bagani and rushed to his side. So based on this myth, it can be inferred that durians allowed men to restore their lost vitality and for women to lower their inhibitions or something.

Speaking on a more relatable note, maybe the durian is seen as an aphrodisiac because you get hot when you eat it, much like the curry and chilies we spoke of earlier. In fact, Chinese medicine classified durians as ‘yang’ food, due to its heaty nature. As such, it is believed that eating durians can strengthen libido and replenish the qi lost during a romp in the hay. Some drink salt water in durian shells to cool themselves after eating durian. Img from michnoms’ blogspot.

So yeah, if you’re a researcher who’s hunting for a plant to make into a natural sexytime supplement, the durian is worth looking at. Myths are nice and all, but…

There have already been studies on the aphrodisiac qualities of durians

Numerous research had been done on durians, and the fruit as well as other parts of the tree had been found to have the potential to treat a lot of things, from mouth ulcers, fevers, worms and a host of other things. But what about sexual function?

A study in the World Journal of Pharmaceutical Research (link downloads pdf) gave a group of infertile men a durian supplement, and their sperm count and motility improved significantly. A review in the Journal of Integrative Medicine, on the other hand, saw the potential of durians as a helping hand in treating infertility in women with polycystic ovarian syndrome, due to its insulin-sensitizing properties.

As for libido, a research published in the Asian Journal of Biological Sciences identified a compound found in the flesh of durians as an aphrodisiac. While the study researched more on the method of extracting the compound from the durian’s flesh, it was found that mice given the compound as a supplement mount more frequently, harder and are more potent than mice in the control group. Somewhere in the world, a bunch of scientists have to watch mice getting it on for a job. Img from scialert.

So does this mean that durians are legit aphrodisiacs? Well, in the first study, it seemed to work wonders on infertile men, but the success is attributed to the fruit’s sterols, which are said to aid in making more male hormones, so it’s unknown whether the supplement will have an effect on already healthy men. Also, durian was used in combination with other supplements, so the ability of durians as a standalone supplement hasn’t been proven by this research.

As for the third study, it was done by giving mice concentrated versions of the aphrodisiac compound found in durians, so there’s no telling how much durian a guy will actually have to eat to achieve the same effect. But we do know now that there’s something in durians that is good for men, so yeah, Datuk Seri Ahmad Shabery’s friend was right all along: durians can be sexy. But let’s do a little research on our own, just to be sure.

So for a more Malaysian twist for your next date, you can forget the oysters and chocolate. Have a table full of durians, and lots and lots of air cap badak instead. Sexy!