We probably hear a lot of things being said about Human Immunodeficiency Virus (HIV) and AIDS, and the impression is that it’s a pretty big deal. We wrote about some facts about HIV in Malaysia before, but perhaps the scariest thing about HIV is that there are currently no cure for it: until 1996, knowing that you’re HIV positive is like receiving a death sentence. Once you’re infected, you’ll always have it.

However, there are treatments available for people with HIV. Currently, the most popular one is Anti-Retroviral Therapy (ART), in which patients have to take a mixture of anti-retroviral drugs to slow down the spread of the virus in their bodies. While some viruses might still remain, the use of anti-retroviral drugs can diminish the number of viruses to the point where there’s too little of them to cause problems in a person, so people with HIV may live longer and healthier lives.

Due to the rapidly changing nature of the virus, HIV may develop a resistance to a particular drug, so there is a need for different types of drugs. Currently, there are at least 20 different kinds of anti-retroviral drugs available, and that list is slowly growing as new compounds with anti-HIV properties are found and researched. And two of the potential new drugs may come from the forests of Sarawak.

Researchers were looking for a cancer cure in Sarawak, but they found something else As the story goes, back in the 1980s researchers from the National Cancer Institute of America (NCI) came to Malaysia to try and find a cure for cancer from the trees in Sarawak’s forests. Unfortunately, they found nothing that cures cancer. What they found, though, was a chemical compound they called Calanolide, extracted from Calophyllum lanigerum var. austrocoriaceum, a somewhat rare tree related to mangosteens and bintangors.

As part of their routine testing, they found that Calanolide have anti-HIV properties, so it might have value as an anti-retroviral drug. In the 1990s they returned to Sarawak to find the tree they took samples from, but the tree was no longer there.

And here is where the story split into two versions. Mongabay reported that the tree was probably felled by the locals some time after the collection, probably for firewood or building materials. The Sarawak Forestry Department, on the other hand, concluded after interviews with the original collection team that the original tree was cut down during the collection back in the 1980s, as it was only a small tree at that time. Besides, they had stated that the area the tree was in could not have been logged as it was a ‘dilapidated peat swamp area with no commercial value’. 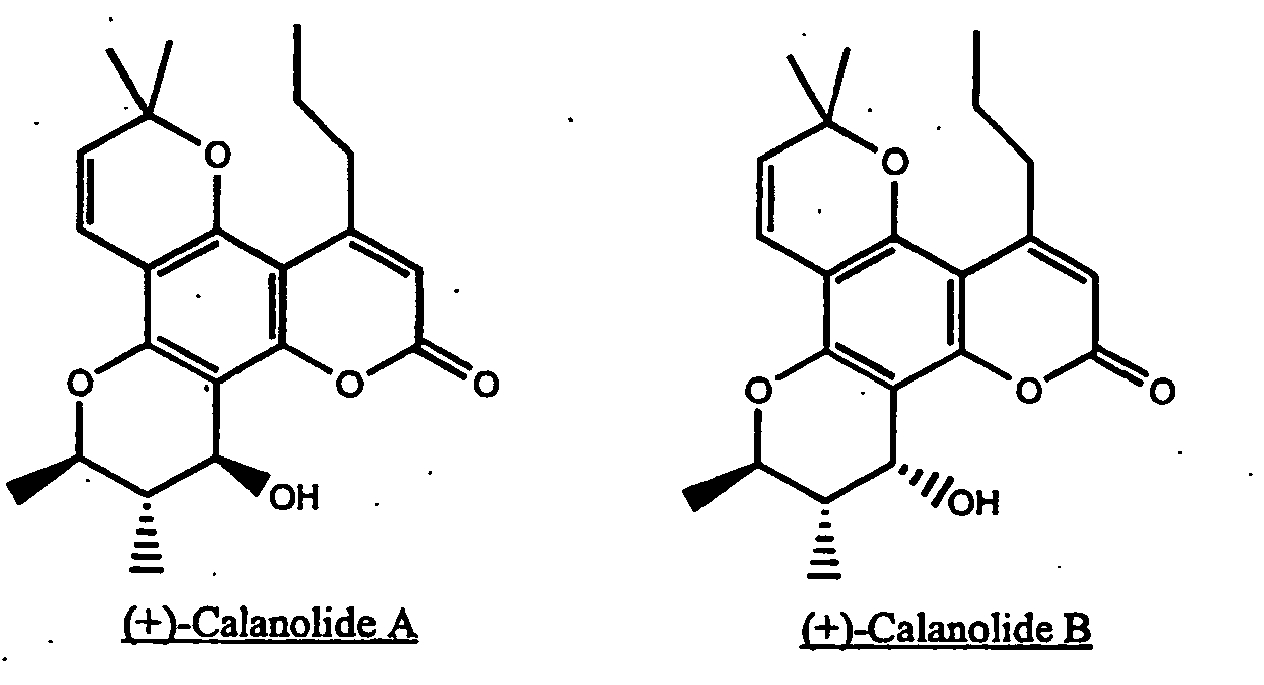 Don’t mix them up! Source

It was during this time of searching that another compound with anti-HIV properties was found, in the latex of Calophyllum teysmannii var inophylloide. This new compound was initially called Costatolide, but it was later renamed Calanolide B as it turned out to be similar to the first Calanolide, which is now named Calanolide A.

Both compounds exhibit similar anti-HIV properties, but while extracting Calanolide A involves blending the leaves and twigs of C. lanigerum to get a very small amount of the compound (approx 0.05% of the initial weight), Calanolide B can be extracted from the latex of C. teysmannii. This makes Calanolide B more environmentally-friendly in a way, as the trees can be tapped like rubber with no need to fell it, unlike Calanolide A. 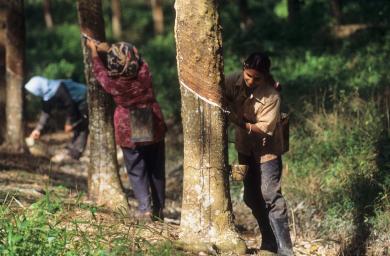 The ones tapping that rubber may be called HIV cure aids. Source

The Sarawak Government and Medichem Research Inc later established Sarawak MediChem Pharmaceuticals Inc to investigate the clinical development of Calanolide A to treat HIV as well as developing other similar compounds that exhibit anti-viral activities.

NAH, BACA:
You won't believe what these Orang Asli in Kelantan did to protect their land...

A lot of drugs used as medicine started out from plants In the early days of medicine, people find the cures to their ailments from plants. Plants form the basis of many sophisticated traditional healing systems, like Ayurveda, Unani and Chinese medicine. While in the past medicine took crude, unconcentrated forms such as teas, and powders, today only the essential chemicals from those plants are extracted. For example, quinine, a drug that cures malaria, was extracted from the bark of Chincona trees.

Today, the field concerned with the practice of obtaining useful drugs from plants are called pharmacognosy, and it involves a detailed process. It starts with a researcher identifying and collecting plants with a potential to cure diseases. Plants that are known as folk remedies are of special interest, but sometimes the plants are chosen randomly, like in the case of Sarawak’s Calophyllum trees. Sometimes, folk remedies have some truth to it. Source

Chemists then prepare extracts from the plant, subjecting them to intensive testing to determine which chemicals in the plant would produce a reaction against diseases. In the US, it was estimated that the process of discovering a drug from plants can take up to 10 years on average, and cost upwards of 800 million dollars. Much of that time and money are usually spent on looking for potentially useful plants, and it was estimated that only one in 5000 potential compounds will advance through clinical trials and be approved to use as a drug.

While pharmacognosy is a cumbersome, time-consuming and expensive process, through it some diseases that are untreatable before can now be treated. For example, galanthamine, a compound derived from snowdrops is now used to treat Alzheimer’s disease, as it was found that it can slow down the neurological degeneration process. 40% of all available cancer-treating drugs between 1940 and 2002 came from plants. Some of them include betulinic acid (derived from white birch trees), Pervilleine A (derived from the roots of Erythroxylum pervillei) and Silvestrol (derived from the fruits of Aglaia foveolata, which is also anti-Ebola), to name a few.

With that being said…

Who knows how many more cures are waiting to be discovered in our forests? The tree containing the cure for using high beams all the time used to be on the left. Source

Due to the newfound value of Calophyllum trees, in 1993 Sarawak made an order called The Calophyllum Species (Prohibition of Felling and Restriction of Export) Order. This order falls under Section 96 (a) and (b) of Sarawak’s Forest Ordinance, where people who were caught felling or exporting any part of calophyllum trees without the permission of the Director of Forests may be slapped with a fine between RM25,000 and RM150,000 or up to 5 years in jail… for a first offence.

According to the Sarawak Forestry Department’s website, the order was meant to make sure that the two Calophyllum species from earlier will always be available. That way, in case drugs from Calanolide are successfully developed, the raw materials will be ready and waiting. The two drugs were reportedly in their final stages of testing back in 2009. We must learn from the mistakes of our komradi. Source

However, potential research on new drugs from plants may be hindered by deforestation. There are differing opinions on deforestation in Malaysia, with data from the Global Forest Resources Assessment (FRA) 2015 report saying that our forest areas are actually increasing in size and data from other sources stating that Malaysia has the highest rate of deforestation in the world. Regardless of which source is correct, it can’t be denied that some places does show alarming rates of forest clearing, especially in recent years. Bearing that in mind, the case of the almost-lost-Calanolides does pose a disturbing question.

With Malaysia being one of the mega-diverse countries, having plant and animal species not found elsewhere on Earth… how many potential disease cures have we lost without us even realizing it?