For most of us, ask us who is Malaysia’s most popular performer of all time and many of us would probably think of P. Ramlee. But did you know that back in the 80’s lived a man who could have very closely rivaled P. Ramlee? 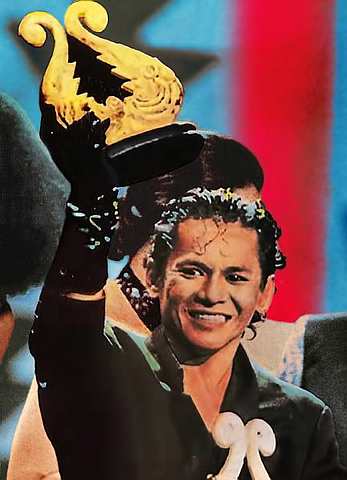 We’re talking about Sudirman Arshad or just Sudirman, a performer who bossed Malaysia’s music scene during the time he was around. So much so that in 1986, his concert in Chow Kit gathered 100,000 people! That’s almost as many people as the Stadium Bukit Jalil can hold! But if some of you are wondering why haven’t we heard Sudirman’s name in a while, it’s because he passed away in 1992, at the age of 37. But every other Raya and Merdeka we are reminded of his legacy of his famous songs like “Balik Kampung” and “Tanggal 31”.

And since it’s been 25 years since his death, some of us would know that he was a legend, but just how much of a legend? So we thought we’d have a look at some of the amazing things he achieved…starting with his mega concert!

His Chow Kit concert wasn’t just big, it was free for all

Sudirman’s career actually started in the 1970’s, so by 1986, Sudirman was already a household name throughout Malaysia. It was then that he plotted to do something that had never been done before: Have a concert in the middle of KL, and charge nothing for it. (Funnily enough, Sudirman already had a song called “Chow Kit Road“.)

Of course it wasn’t going to be easy. One big hurdle they had to overcome was the fact that Chow Kit didn’t actually have a stage….so Sudirman’s team built one from scratch! But how did Malaysia take the news of this free concert?

Well, the concert happened more than 30 years ago, and info about it online was limited, so we spoke to someone who was actually there. Kamal (name has been changed because he wants to remain anonymous) tells us that in the days leading up to the concert, there was quite a bit of buzz surrounding it. And he says that back then, him and his friends were just hungry for good music, so this concert was a must.

“Can’t really say everyone (was talking about the concert), but most will be asking “Are you going to Chow Kit?”” – Kamal, in a message to CILISOS

As for the day itself, when Kamal got there at around 5pm, there was already a crowd, even though the concert itself only began around 8-plus. And being the entertainer that he was, Sudirman was never gonna be satisfied with just walking in, so he came down in a crane instead! “The crowd was fantastic! Every song that he sang, they sang along. It’s like a fiesta, you know.” – Saedah Ismail, journalist, as quoted in a documentary about Sudirman

Sadly on the day, Kamal was quite far back so he says that he couldn’t really the stage, especially since there were peddlars along the road who were blaring their speakers as well. But he does add that the crowd wasn’t just made up of Malays, but of Chinese and Indians as well. And for Kamal, it was much more like a party than a concert. Well, at least the guys in the front looked as if they enjoyed themselves very much. Image from tv14.my

Still, the concert was a huge success, and has since not been replicated by any other artist in Malaysia.

“Even he did not expect a crowd of thousands. But it was a great satisfaction for him. It was the height of his satisfaction in Malaysia.” – Bahyah Mahmod, journalist, as quoted in a documentary about Sudirman

But the keyword in the quote above is “Malaysia”, because aside from this concert, Sudirman is actually  known for one other amazing achievement.

While the concert was very memorable, it will still remain as something that happened locally. In the eyes of the world, he’s probably remembered by something else.

Back in 1989, a few Brits who knew the Asian music scene decided to try and organise a competition where the top stars in Asia could come sing and compete with one another. From that idea, the Asian Music Awards of 1989 was born, and Sudirman, being the top musician in Malaysia at the time, was picked to represent us.

NAH, BACA:
[QUIZ] How well do you know these Malaysian anthems?

But despite Sudirman’s skill and popularity in Malaysia, he was going against some arguably more popular stars like Anita Sarawak (who is from Singapore btw), and Leslie Cheung (which CNN named as their top 5 most iconic musicians in the world in 2010). 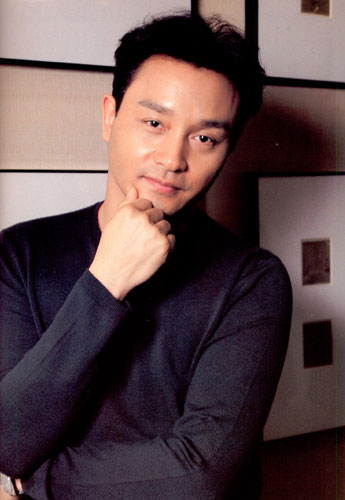 Still, Sudirman and his team didn’t back down from the challenge, and they planned their show. On the night of the competition itself however, it seems that one person was still the favourite to win.

It was very intimidating, the crowd. 90% of the hall was all Leslie Cheung’s audience and fans (shouting) “Leslie, Leslie!”” – Dharanee Kannan, Sudirman’s former manager, as quoted in a documentary about Sudirman

But eventually it was clear that Sudirman was the star of the night. His first act had him channel his inner Charlie Chaplin by performing one of Chaplin’s songs, but it was his second act that stole the show:

And the rest is history.

Sudirman was a man of many talents

So most of us would know Sudirman to be singer, but he was actually a man who was involved in many things. While he loved performing from a young age, he actually took up law in University Malaya, which he finished, but chose to let go to pursue his real passion…. Which was entertaining, duh. Though check out backup dancer outfits back then. Image from Star2.

His big break came when he was actually still in uni, when he won a talent show organised by RTM in 1976. And from there he just went from strength to strength. Among his early achievements was becoming the first Malaysian to perform at The Hilton Paddock, Malaysia, a bar which before him, only had artists from abroad on its stage.

“The Paddock was the benchmark for Malaysian live performances, and Sudir was the leader.” – Cynthia Chen, from Mike Bernie Chin Entertainment (one of Sudirman’s managers), as quoted in a documentary

And after conquering the stage, he moved to television. He ended up hosting a show called Puspawarna where he won a couple of awards for being the best entertainer on television. In fact, check out his Lady Gaga glasses when he accepted one of the awards. Who wore it better? Screencap of Sudirman from Atai Cokman FC’s YouTube video.

Throughout his life, he would also try many other things like acting in a movie, writing his own book, and even releasing his own carbonated drink, Sudi. In the same year that he won the Asian Music Awards, he was also the closing act during the 1989 SEA Games in Malaysia, and during his performance, he got many, if not all the athletes from different countries to carry a really long Jalur Gemilang….which was attached to him! His death was a tragedy for many Malaysians

It was only a couple of years after his Asian Music Awards triumph that his health started to deteriorate. According to the documentary about him, the people close to him started to notice that he wasn’t as energetic as he used to be. He started to lose concentration, forget lyrics, and eventually collapsed during a performance in July, 1991. It would turn out to be his last performance and public appearance.

His health would continue to deteriorate until his death in February 1992. There were many rumours surrounding his death (most common was that he died of AIDS), but the official cause of death was eventually stated to be Pneumonia (which is when fluid enters the air sacs of the lungs).

But people remember him not just as a performer but also as a person who was able to connect with people from all walks of Malaysian life.

“Sudirman did not see colour or religiousness. He was genuine, humble, and always warm and welcoming. His fans were Malays, Indians, Chinese and Sikhs, and came from all walks of life. They all just wanted to come and see this five-foot-odd performer perform – that’s all.” – Datin Rudiah Arshad, Sudirman’s sister, as quoted by Star2 Even if his time here on earth wasn’t very long, he’s managed to leave a lasting impression on many people, and Malaysia was lucky enough to have had a talent like him.

A lot of our info came from a documentary about Sudirman that we found on YouTube. We were unable to determine who were the original makers of this documentary (the credits at the end were blur), but they do a terrific job of telling Sudirman’s story. So if you liked our article, check out the whole documentary (complete with interviews and archive footage) here.  😀