MAS’ fortunes haven’t been smooth sailing in recent times, with the tragic loss of MH370 and MH17 still in the minds of many Malaysians. Aside from that, there’s also the issue of the airline’s financial woes – punctuated by the recent layoff of 6,000 employees – with CEO Christoph Mueller saying:

“We are technically bankrupt and that decline of performance started long before the tragic events of 2014.” – Christoph Mueller, MAS CEO, as quoted by Al-Jazeera.

Although MAS has started a rebranding exercise in order to restore profitability, we can’t help but question what how effective these exercises are, since the airline attracted a whole lotta bad press yesterday (January 5th) for imposing a two-day baggage limit for all its Boeing 777 flights from KL to Amsterdam, London, and Paris. You can read most of the details in the screencap below, but the important bit is that the limit was due to unexpected strong headwinds, which we’ll explain further down. Partial screencap of the announcement on MAS’ Facebook page.

Although MAS has since cancelled the check-in ban at the time of writing (January 6th) reaction to the original announcement was less than enthusiastic.

Okay fine, people were really pissed off. But the question here is, is MAS the ONLY airline to impose such a restriction?

Yes, MAS is the ONLY airline to impose a ban on check-in luggage As you may well suspect, no one at the CILISOS office is a pilot. Our only experience with planes have been sitting in them or beating them, so we spoke to the following people:

And yeaaa, these aren’t their real names since they can’t officially speak to the media (Yay! CILISOS considered media!) so we named them after some movie characters. Guess which ones  😉

Our interviewees (as well as a Google search) have pretty much confirmed that no other airline has made this move, not just this time, but also in recent memory. So yep, MAS is the ONLY one.

Now on to the hard part… the reason they did it. But before that let’s figure out what a “headwind” is…

Does a headwind REALLY require you to not check in your guitar!? 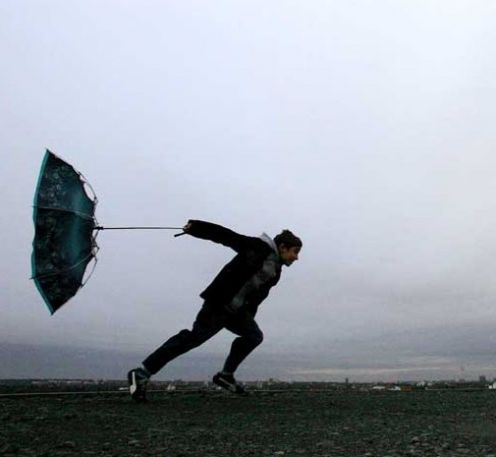 Remember these points ya, cause we’ll be using them a lot for the rest of the article  🙂

Very simply, a headwind is wind blowing against the direction you’re moving, aka wind resistance (simple explanation). It’s like if you were running and suddenly a strong wind blows, you’d move slower right? Same concept.

So for planes we need to keep these three ideas in mind:

“Imagine I fly a small plane, a difference of 10 minutes. I need almost extra 400-500kgs of fuel. On a wide-body, that measly 10 minutes almost costs a ton of extra fuel.” – Otto

“When a flight is planned, there are legal margins to satisfy. On top of the fuel required to fly from A to B, you have to pad it up with things such as alternate fuel to go to another airport, etc.” – Maverick

So knowing that… WHY would MAS do this? Well, one possible reason would be Safety. Route of a similar MAS flight – MH4. Screencapped from FlightRadar24

MH17 was downed flying over the shortest path across the continent. The blue-purple (blurple?) line indicates the route taken while the red line (probably) indicates the original or shortest path. So, by reason of logic, a longer route means that the plane would need more fuel… and this is where the strong headwinds come in, because it causes the plane to move slower, thus needing more fuel than usual.

Of course, there’s a possibility that something might have mucked up on the ground level – like maybe the cargo door kena jam – which prevented MAS from loading the baggage onto the planes, and so the ban could have been issued as a way to cover up for this.

“These kinda steps are what airlines usually do when they can’t take your baggage or some system mess-up.” – Maverick

We’re really just theorizing here, but it’s a point to mention nonetheless, because…

But we know what you’re all thinking about MAS. And it might really be the most likely answer.

After all, many Malaysians seem to think that the disappointing quality of their in-flight meals were due to their cost-cutting efforts, so this luggage ban must be some hare-brained scheme to lighten the load to save on fuel cost, right?

Ummm… maybe. Our interviewees mentioned that this could be a possibility because, in order to lighten the plane, the next best option (aside from removing passengers) would be to remove the luggage.

“It could be them trying to test the waters as some sort of ill-advised cost cutting or restructuring scheme.But then again, I don’t know how much they’ll save in the long run.” – Howard

“Sometimes it might be that [someone in management] went ahead without thinking. It is for cost-cutting, but honestly reducing that little amount of weight is not gonna do much to save fuel consumption so they withdrew it after the backlash lol” – Otto The actual reason, whether for safety, cost-cutting, or coverup is probably only known to the upper management at MAS. Even aviation experts can’t seem to figure out why they did it.

But hey, what do ugaiz think?

But whatever the reason, one of the bigheads at MAS should have seen the backlash coming, since it seems everyone else did:

“There is never a justifiable reason whatsoever to limit passenger’s baggage … No airline has ever done that and I doubt we’ll see it ever.” – Otto

“If [the headwinds explanation] is true, then it’s an absurd solution to the problem. [Banning luggage] is unheard of for a commercial airline. Passengers and their luggage are their bread and butter.” – Maverick

“It’s probably going to cause a lot of passenger frustration.” – Greg Waldron, Managing Editor for Flightglobal Asia, as quoted by Malaysiakini.

But we think that, more than the actual reason itself,  this whole issue also points out the general perception of MAS, and an indicator that the company really, really needs to buck up:

“It’s highly unusual and bizarre but that’s what we’ve got used to from Malaysia Airlines. I’ve never heard anything more ludicrous in my 20 years in the industry.” – Shukor Yusof, aviation analyst, as quoted by Malaysiakini.

We wish we could say something more supportive of our national airline, but the last-minute announcement and the lack of preparation to tend to affected passengers makes this a really hard task to do. There are already complaints about the hotline number they provided:

But, ummm…. they eventually manage to secure an alternate route and lifted the ban in less than a day, so yay MAS?