[Ed’s note: This article was originally published in February 2017.]

So most of us know ady what’s been going on with 1MDB. Even here at Cilisos, we’ve been keeping ugaiz updated on everything 1MDB-related with stuff we’ve written in the past. But did you know 15 years before 1MDB was founded, Mahathir had actually established another company just like 1MDB?

You heard us right.

So companies like 1MDB are known as Gomen Linked Investment Companies (or GLICs) which are typically the bodies through which kerajaan owns all the Gomen Linked Companies out there (For those of you that don’t know, GLCs are companies that Gomen can decide who runs the company or what decisions they make). For example, the Ministry of Finance owns EPF (the guys responsible for your penshen when you retire ady) which makes EPF a GLIC, and EPF are one of the largest owners of Maybank, which makes Maybank a GLC.

Now, of the GLICs we have in Malaysia, one of them is actually 1MDB’s sister company called Khazanah Nasional Berhad (Translated: National Treasure), due to them both being wholly owned by the Ministry of Finance, and which was established in 1994 by Mahathir while he was still our PM. And having worked in Khazanah, I seem to get a lot of confused questions about what the difference between 1MDB and Khazanah is (they the same thing ah?), and what is it actually that Khazanah does (what they do ah?).

So NOW, I’m going to tell YOU all you need to know about Khazanah!

1. Name any large company in Malaysia, and Khazanah has probably had its hand in it at some point

Right now, some of Khazanah’s biggest projects include a RM4.5 billion development of a hotel and theme park in Johor; RM670 million for new hospitals and hospital extensions in Iskandar, KL, Klang, Melaka and Kota Kinabalu; and a RM730 million investment into the development of Muzium Negara and Taman Tugu. The Taman Tugu Project is a project costing Khazanah RM500 million that will see the planting of 5,000 trees, and the building of walkways and a learning centre for a rainforest park in KL set to be finished in 2020.

But that’s not all – Khazanah also has investments all over the world with offices in Istanbul, Beijing, Mumbai, San Francisco, and London. Right now, 40% of what Khazanah owns are investments in other countries including highways in India, hospitals in Turkey, shopping outlets in China, and even a stake in online shopping website Alibaba, which made Khazanah a profit of $1 billion in 2015.

Of course, with this many investments and involvement in projects all over the world and in Malaysia, this would mean that…

2. Khazanah is one of the biggest Sovereign Wealth Funds IN THE WORLD

To put that into context, if its total assets were a country’s Gross Domestic Product, Khazanah would be 94th out of the 194 countries in the world (between Congo’s GDP of USD35.2 billion and Bolivia’s USD 33.2 billion).

3. Khazanah might be Gomen-linked, but it is not Gomen

Okay, here’s where it gets a bit pening kepala. So if Khazanah is a company wholly owned by the Ministry of Finance, therefore it must be Gomen right?

As it turns out, our dear Prime Minister is the chairman of the Board of Directors of Khazanah, because he’s oso Minister of Finance, and the Board is responsible for Khazanah’s overall performance. But technically, Khazanah is a private company which just happens to have Gomen people running it.

If you say, isn’t there a bit of a conflict of interest between allowing Gomen to run and own one of the biggest private companies in Malaysia, you would be agreeing with other people who have said that ady. But for now, that’s the case la.

Imagine you’re a pre-18 teenager who is still legally under your parent’s care at home and you’ve been working part time to afford buying a new Playstation 4. That Playstation isn’t technically your parent’s property, but since they pay the electric bills for you to play, they still have a say on when and for how long you can play your games. And if you start failing your classes in school, they might also be able to force you to sell the Playstation if they think it would be best for your grades.

So even though Khazanah is owned by Gomen, run by Gomen people, and responsible to our Gomen… they don’t receive any funding or any regular allowance from Gomen, which means they are not spending taxpayers money, because… how do you spend something you didn’t receive?

The confusion is real. GIF from The Horror Honeys.

When Khazanah was founded in 1994, it received an initial endowment of RM7 billion. Which means all the RM150.2 billion assets they have now were generated on their own. There is a misconception that anytime Khazanah spends money on something, it is using taxpayers money to do so… which isn’t really the case la.

It’s important to note that while we may be a sovereign wealth fund, we don’t receive any regular injection of funds. We don’t get any special favours from the regulatory side (some regulatory decisions have gone against Khazanah) and I think this is an important point for value creation. – Tan Sri Azman Mokhtar, Managing Director Khazanah

So this means, not only do they not receive any financial help from Gomen, they also don’t receive any hand holding from their Gomen parents either. But ok la, even if this is true Khazanah, no one denies that GLCs are definitely treated better than private companies. NAH, BACA:
Why is East M'sia removing 'Lain-lain' in forms – and we're not?

5. Speaking of parenting, that’s exactly what Khazanah DOES

So here’s some background information on how Khazanah became the tauke besar of all the big companies in Malaysia. In 2004, Khazanah was given a mandate on what it had to do. For the T1000 in Terminator 2, it was kill John Connor. For WALL-E, it was clean up Earth. For Khazanah, it was the GLC Transformation Programme. The GLC Transformation Programme (or GTP) was a Gomen mission that was basically meant to put some of Malaysia’s biggest companies through a company boot camp, so to speak. And of course, the sergeant running the boot camp would be Khazanah.

Many of the companies I mentioned earlier were actually cadets in this GTP boot camp or are one of the many kanak-kanak under Khazanah’s care. For example, Sime Darby was one of the companies that went through the boot camp. TNB currently has Khazanah as its largest shareholder. Maybank was another one of the GTP graduates from the camp, and UEM Group was a graduate and is still a wholly owned subsidiary of Khazanah.

Now that the GTP boot camp is over, Khazanah has sort of taken a back seat from being sergeant to now being more like a parent. This involves managing the companies it owns by chasing everyone to make sure they are all doing their jobs, making sure the right people are given positions to run the companies, and keeping an eye on everything to make sure everything is running right. Every. Minute. Of. The. Day. So actually, more like a helicopter parent!

6. Khazanah is one of the best parent there is in the business world

Well, that’s very nice of you to say.

Khazanah wasn’t always meant to be a parent. When the company was set up in 1994, it was actually meant to be more like a babysitter for the companies that were being owned by Gomen rather than a parent. Aiyah. But how then the babysitter become the parent pulak? Well, when the GLC Transformation Programme was announced to turn Khazanah from a passive babysitter into an active parent, a new guy was appointed to be the big boss at the company – Tan Sri Dato’ Azman Mokhtar. He would be Khazanah’s third Managing Director, and the first to be taking over the company as it went through some pretty major changes. From the start, Tan Sri Azman was going around town recruiting his A-Team, yelling phrases such as “execute or be executed“, and putting work in 24/7 including over weekends to get their mission accomplished. Artist’s rendition of the GTP boot camp trainers. Image from Know Your Meme.

Over the past decade that Tan Sri Azman oversaw Khazanah during the GTP, the company grew its assets by RM99.3 billion. The top 20 companies that took part in the GTP tripled in value from 2004 to 2015. Malaysia Airlines, which kena really badly with two plane accidents four months apart from each other, is now on track to being profitable again under Khazanah.

“Khazanah’s management has consistently adhered to [being an active shareholder] over the last nine years, the numbers rather tells the story that alhamdulillah [praise to God] we have managed to treble the net worth value of the portfolio over the nine years to RM 100bn.”

Getting a company like Khazanah to increase its value by billions of ringgit and another 20 public listed companies to triple in size over a period of ten years isn’t an easy job. So to do that, Khazanah definitely needed the right people in charge. And of course, succeeding at the job means you get ALL the props – Tan Sri Azman has been awarded The Edge’s Outstanding CEO and Frost & Sullivan’s Visionary Innovation Leadership prizes for his work as Managing Director of Khazanah.

Again, all things considered, that doesn’t seem so bad for a company that’s always being compared and contrasted to 1MDB during everything that’s been going on.

7. Khazanah and 1MDB are not the same thing

A lot of what Khazanah does has been done with the country’s interests at heart. For example, Khazanah, through its subsidiary Think City, started renewing and conserving parts of Georgetown after it was designated a UNESCO World Heritage Site. Or in another case, Khazanah has also led efforts to patch up and improve public schools in Malaysia through its subsidiary, LeapED Services. They have also been running programmes aimed at kickstarting careers of fresh grads and making them ready for the Malaysian workforce, which was how I worked in Khazanah for a year.

On top of that, when you have one company directly pushing the growth of all these GLCs which are contributing 32% of 1.4 TRILLION ringgit of investments into the Malaysian economy, all while not receiving a single cent of Malaysian taxpayer ringgit as allowance, it might be worthwhile to separate the good, from the bad, and the ugly. With recent projects and deals being announced, there are also worries that assets belonging to our country are being sold off to China. But while Khazanah is holding ownership over key companies like TNB, Telekom, and all the land properties in Johor which we dowan to be sold off to foreign entities, this means that the country’s assets are being held in Malaysia, and managed by Malaysians, all for Malaysians. 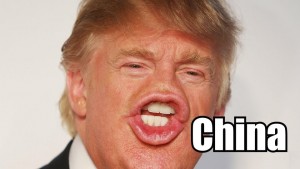 Apparently Malaysians oso quite scared of them ah

So, not everything is bleak. Some things are even going quite well. Meanwhile, things are looking pretty great for Khazanah which means all the better for the rest of us Malaysians to know that our national treasure is in good hands. 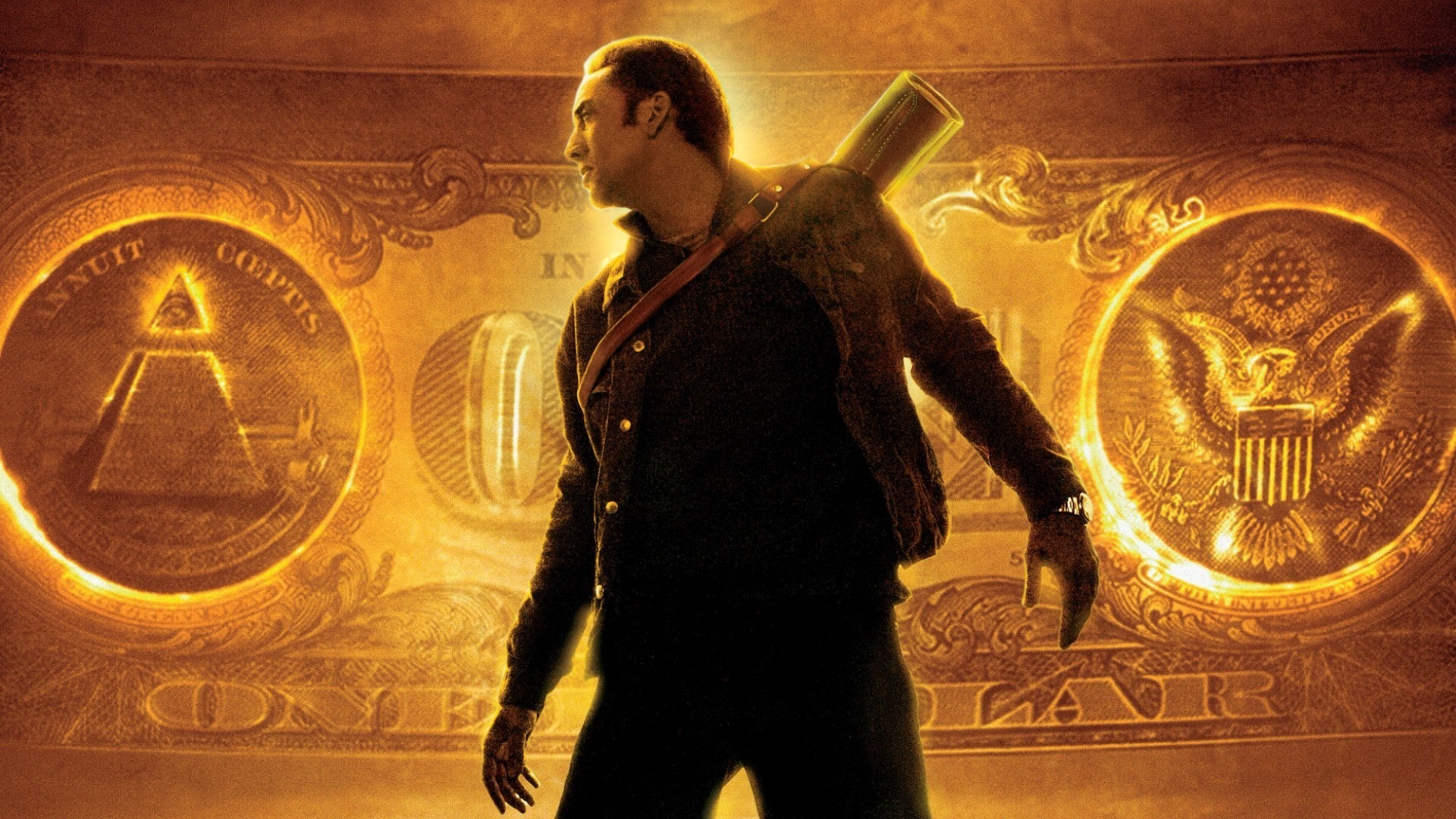 GET IT? ALL THE NICOLAS CAGES? NATIONAL TREASURE? AAAAAH…. I’M OUTTA HERE.