If you’re a person whose school, or uni, or office was in Selangor, you probably would be well-rested from the public holiday yesterday (the people at the CILISOS office included).

But for those of you who aren’t from Selangor, Monday (14th Dec 2015) was a public holiday to commemorate Selangor’s record 33rd Malaysia Cup win, their first in 10 years. Who doesn’t like a holiday right? A nice little day to rest and recuperate, and maybe even get some chores done that normally would eat into the weekend.

But what if we told you that while the public holiday was met with cheer and celebration by many, there was also a huge number of people who were actually very upset by it.

Here are some examples from people about businesses:

And here are some examples about medical appointments:

(While we’ve only picked 2 of each, the comments section of this and this article have tons more.)

An unexpected public holiday can be very mahal ohh!

Just to be clear, we’re talking about UNEXPECTED public holidays here. Because for regular public holidays, you know exactly when they’re gonna happen, sometimes a year in advance. So for those, you have plenty of time to plan around it. There’s even websites to help you with that kinda stuff. Image from magazine.tripzilla.com.

But while we do love our public holidays, the thing about them is they cost money.

We were unable to find out how public holidays affected our country financially, but we found articles that spoke about their impact in other countries. This article mentioned that public holidays alone cost Australia almost $900 million a year and the UK £2.3 billion a year. So even if many of us don’t feel the pinch, it doesn’t mean that the country or corporations don’t.

Malaysian Digest also once told the story of how this businesswoman had to cover for the salaries of her workers during public holidays.

“If I need them to work, I have to pay them double. This is the harsh truth for business owners.” – Adeline Zariah, entrepreneur, as quoted by Malaysian Digest.

Or how about this comment from a very stressed out employer:

If that’s not enough, this discussion thread on Lowyat.net talks about a ton of complications that could arise from an unexpected public holiday, such as people not being sure whether their company is on holiday or not, or companies actually forcing their employees to come to work and not getting paid more (yeap, if you have to work on a public holiday, you’re actually supposed to be paid triple). 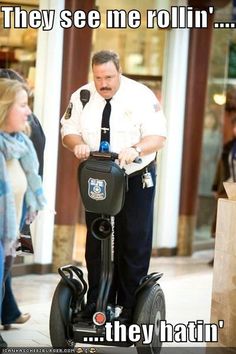 Aside from that, we also have sudden public holidays that are non-football related, like when Penang had a holiday back in May for the Permatang Pauh by-election so that people can come out to vote.

NAH, BACA:
OMG, did this Poslaju package get stuck in an infinite loop?!

Could these public holidays have a political motive? So why do Malaysian authorities like to suddenly declare public holidays for what feels like insignificant reasons? Don’t get us wrong, not that we wanna downplay Selangor’s victory or whatever, but really, we just wanna explore whether there’s a need to give an off day for something like winning a local football match.

Screenshot from The Star’s FB page

Some Malaysians feel like ‘ada udang di sebalik batu’ (literally translated in English: there’s a prawn behind the stone). Some say that public holidays are used to gain political mileage. Like the rakyat will love politicians more if they give out holidays like Oprah Winfrey gives out stuff.

E.g. back in 2008 before Thaipusam was a public holiday, the government was considering making it one. Lim Kit Siang talked about how it was seen as a political tool to get support for BN from 2 million Malaysian Indians.

On a side-note, why is it ALWAYS football? Najib has hailed Nicol David as Malaysia’s most successful sports icon, yet the country has never declared public holiday for the squash matches she’s won. Or Lee Chong Wei for his badminton victories, or even Pandelela Rinong when she won our first non-badminton related Olympic medal?

“If we give a public holiday every time (world squash champion) Nicol David wins a tournament, Malaysians will never need to go to work.” – Harith Iskander, as quoted by The Ant Daily

Of course, there’s no way to actually PROVE this la. It’s just something we came across a lot in our research – that some people immediately associate it as political. (Click here for some examples.) In fact, it seems like our PM also don’t really support it because he reportedly tweeted it was costly for the nation to declare public holiday and we shouldn’t overdo it. (But that was after he once declared public holiday when we won the Suzuki Cup in 2010.)

Yes, we love public holidays, but maybe we have enough as it is? And btw, we’re joint-5th as the country with most public holidays list. Image from businessinsider.com.au.

So the Selangor public are split on how they feel about sudden public holidays. Love it or hate it, it would be better to have some proper planning la at least. Not suddenly declare TOMORROW no need masuk office. It could put a damper on productivity too if employees are struck with a case of post-holiday syndrome. Ehh, it happens, even if it’s just one day, k! What more if it extends the weekend.

Maybe if they die-die wanna declare public holiday since it’s usually a football tradition for Malaysian states, mebe kasi chan plan it at a later date? Again, this is so that companies and businesses can plan around their schedule and make things work. And for the people, they can plan their activities, so that they don’t end up just bumming at home.

This article was written by Johannan Sim and New Jo-Lyn.