Remember back last year when Pakatan Harapan took over and found out that they don’t have the money to pay back RM19.4 billion in GST refunds? Three guesses on who got blamed for it. Yep. Sometime in August last year the Finance Minister Lim Guan Eng said that the GST refunds had been “robbed” by the previous Barisan Nasional administration.

“I want to say here, it was not robbing GST, but robbing from GST refunds… This is a serious robbery, where money which was supposed to be in trust funds was not in those funds. How can the government now pay those refunds when the money is not there?” – Lim Guan Eng, as reported by Malaysiakini.

Things escalated from there, so the Public Accounts Committee (PAC) launched an investigation to find out what happened. After 11 months of interviewing and investigating, they’ve published a report about it on Monday, and surprise, surprise… the money never went missing after all. 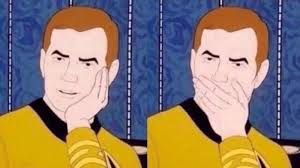 Our reaction upon reading the headline. Img from KnowYourMeme.

So Guan Eng said the money got robbed, but the PAC said otherwise? Who’s correct, then? We’ll get to that in a bit, but what really happened here was…

The money went into a different account, which it wasn’t supposed to A re-imagining of the GST Bill debate. Img from Imgur.

Anyways, at every stage everyone pays 6%, but at the end of the transaction, the total should only be 6%, so technically some stages pay more than they should (leather seller already paid 6%, so shoe maker should’ve paid less than 6%). The people in these stages can claim refund for this GST paid in advance.

Aiyo so hard to explain. Img from IContro.

Since there’s bound to be refunds in this system, there’s a special GST refund account set up to pay for that. However, when the new gomen looked into that account at the end of May, they found only RM140 million. GST refunds that need to be paid then was RM19.4 billion. So how come there’s so little money in there?

Well, the PAC report confirmed what people have been saying for some time already: the collected GST went straight into the government’s Consolidated Fund (CF) instead of a special account for GST earnings. But what does it matter which account it goes into?

Well, consider this analogy. A boy (a taxpayer) gives his ang pow (GST) to his mother (the government). Being a responsible mother, she puts it aside in a piggy bank SPECIALLY for the boy’s ang pows (the GST refund account).

This way, the money won’t mix with other kinds of money the mother holds, like her husband’s salary or her mah jong winnings. So when the time comes for the money to be returned to the boy, the money’s there to be returned. This is the correct practice for GST, according to the GST Act 2014 (Section 52) and an official letter in 2015 with a complicated name. All collected GST is to be put into the Fund for Goods and Services Tax Refund, and surplus will then be transferred into the CF. This ensures that there will always be money to pay GST refunds.

What has been done, however, is quite the opposite. Instead of keeping the ang pow apart from other money, the mother puts it in her own wallet and unwittingly used it to pay the electric bill. Instead of setting it aside, the previous government had put it into the Consolidated Fund along with other kinds of money, and to pay for the refunds, each month a request will be made by the Customs Department to transfer money from the CF into the GST refund account.

And this was intentionally done so that the government will not run out of money to spend: the PAC was told that the Finance Ministry gave priority to the government’s operating expenditure, and although there were legit GST refund claims to be paid out, the ministry is said to not pay back all of them as it might affect the country’s deficit and rating.

Well, okay then. At least now we know that the money’s in the CF… or is it?

What happened to the allegedly missing RM19.4 billion?

As seen in this record of claims made by the Customs Department to get money for the GST refund account, it would seem that the government started giving less money for refunds mid-2017, and stopped altogether in March 2018. Screengrabbed from the PAC report.

But way before that, as early as two months after GST started, people have been experiencing long delays in getting their tax returns, which really messed with their businesses. So what had been going on with the money? The widely shared conclusion from the PAC report had been that the GST revenue did not go missing, having been transferred into the CF. According to PAC’s chairman Datuk Noraini Ahmad,

“There was no loss of funds from GST revenue collections. The revenue not transferred to the GST refund pool was used to fund management and development expenses.” – Datuk Noraini Ahmad, as reported by Malay Mail.

This kinda got the opposition riled up in taking action against Guan Eng for his ‘robbed’ remark from last year. However, as said by Tun Mahathir himself on the issue, ‘no loss of funds’ might not be accurate… Sounds like a Zen riddle. Such wisdom. Img from T Nation, quote from NST.

The fact of the matter is, the government had to take a special one-off dividend of RM30 billion from Petronas to pay back the tax refunds, which shouldn’t be necessary had the money been in the CF.

“If it is there then I would be having a big celebration, we wouldn’t have to take [the RM30 billion special dividend announced in Budget 2019] from Petronas,”- Lim Guan Eng, in November 2018, as reported by the Edge Markets.

While we know that the money went into the CF, the need for the special dividend showed that there was not enough money in there to pay for the refunds. And it’s probably not a case of people making false GST refund claims, either: PAC’s findings would suggest that at least 99.7% of the RM19.4 billion in GST refund claims are legit.

So what gives? Perhaps unsurprisingly, one reason given for the shortfall is projection error: the previous government was said to have overestimated how much they would get from GST by 65%. In simpler, crasser terms, it would seem that maybe the previous government just… spent more money that they thought they will get, leaving none for the refunds.

Great. Mystery solved. But there’s one last issue to settle…

So does Guan Eng’s “robbing” remark have a basis?

The previous gomen, according to current gomen. Gif from Tenor.

With the money said to have NOT gone missing, the opposition is pushing for action against Guan Eng for misleading the House by saying that the previous BN gomen had robbed the GST refunds.

“If Guan Eng escapes punishment after this outrageous lie, then the people will doubt all responses that any Pakatan minister provides in Parliament. We will see if the PH government practices the rule of law or the ‘rule of Guan Eng’.” – Najib Razak, as reported by Malay Mail.

To be honest, when we started out writing this article we did doubt Guan Eng a bit, since last month he did say that Sarawak will go bankrupt in 3 years. However, while ‘robbed’ is a strong word for a Finance Minister to say, at the moment we only know that the money for the GST refunds went into the CF, and that it was used for operating and development expenses. We still don’t know what kind of operating and development expenses it had been used for, exactly. The PAC report didn’t prove that BN robbed the GST refunds, but technically it doesn’t disprove it, either. If anything, some, like Khoo Poay Tiong (MP for Kota Melaka) saw the PAC report instead as proof that Najib’s government had misused and stolen public funds.

“This is a clear admittance that the moneys for GST refund were stolen because it is in effect taking and withholding money from taxpayers by force. Through this, Najib and the previous government was able to enjoy interest-free capital at the expense of taxpayers who had to bear the consequences of not receiving their refunds,” – Khoo Poay Tiong, as reported by Malay Mail.

‘Robbed’ or not, it can’t be denied that some funny business happened. The AG Tommy Thomas, for one, had described the way the funds were transferred as “a breach of fundamental trust law principles and trust accounting requirements“. It may sound like mere technicality, but the consequences have been severe: as of May 31, 2018, the shortfall in both income tax and GST refunds affected 121,429 GST registrants and over 1.5 million taxpayers.

When the invoice comes in. Img from Tenor.

Many companies had their GST refunds delayed, some for up to two years. And due to the large amounts involved, it caused problems in the companies’ cashflow as well as their ability to get funds. According to Datuk Low Kian Chuan, president of the Malaysian Wood Industries Association,

“SMEs that are exporting their goods are paying up to RM200,000 per month. I know of a company that has paid over RM2mil in GST bills. This is causing a huge cashflow problem for these companies as they won’t be able get loans or financial aid for this purpose,” – Datuk Low Kian Chuan, as reported by the Star.

So as for the issue of whether calling the missing GST refunds as ‘robbed’ is justified or not… it’s debatable, but for the people affected, it might as well be.

[Update 18 Jul 2019: It seems that Guan Eng had shrugged off calls for him to apologize over the ‘stolen’ remark, and Dewan Rakyat Speaker Mohamad Ariff Md Yusof had rejected the Opposition’s motion to take Guan Eng to the Rights and Privileges Committee over it.

“I found that there is no prima facie element that the Bagan (MP) had misled the House. As such it does not fall under Clause 36(12),” – Mohamad Ariff, as reported by MalaysiaKini.

This led to a brief walkout by the Opposition MPs. End of update]