Flies are very, verrryyyy annoying especially when you’re eating. They would fly near you and your food. Yucks! And if we dislike flies so much, we may even find their kids aka maggots rather nasty.

They’re just as done with us as we’re with them. Image from Quora

But what if we tell you that maggots can be helpful in ways you may never imagine? These maggots saved more than 5,000 Malaysians from having their legs cut off for having foot ulcers. Oh man, is this another article on diabetes? Well, yeap and although you may think this isn’t relatable to ugaiz, just remember that Malaysia has the highest rate of diabetes in Asia. The rate is that high that almost 1 out of 5 Malaysian adults has diabetes.

OMG, how can we heal these foot ulcers then?

The ability for these maggots to save that many Malaysians came from the contributions of a team of Malaysian doctors from Institute of Medical Research (IMR) who, led by Dr Nazni Wasi Ahmad, was recently awarded at the 71st World Health Assembly (WHA). Dr Nazni’s team was awarded with the Dr Lee Jong-Wook (err… no, not your favourite K-drama actor) Memorial Prize for their contributions in the Maggot Debridement Therapy (MDT). Maggot de bride… what??

Nope, this is not a maggot’s wedding but it is a method to treat diabetic patients with foot ulcers. Foot ulcers are a common complication develop by these patients when skin tissues break down, exposing the layers underneath. This would normally happen under your big toes and the balls of your feet, and they can affect your feet down to your bones.

The infected ulcer above is formed on the balls of the feet. Image from Drugs.com

The suckish part of it all is how slow the wounds would take to heal. Normally, it would take 4 months for the wound to completely heal. This depends on how bad the wound is la cos sometimes it may take longer to heal. So, will this therapy heal these wounds any faster?

According to Dr Nazni, patients who use this therapy took a shorter time to heal their foot ulcers.

“Patients cure faster as the maggots’ debrides by eating micriotic tissues, then granulates them, which enables new tissue formation.” – Dr Nazni, for The Health.

The rate of occupancy in hospitals also reduced thanks to this therapy as patients cure faster. And that’s not the only thing this therapy can reduce. Another doctor commented that the rate of limb amputation (aka cutting off affected legs or arms) reduced due to this therapy too. The Red Queen can’t come and get you now. Image from Pinterest

But how does this therapy work? Do doctors just put the maggots on the wound and leave it there like how they put leeches for leech therapy?

And here’s the thing, these dressings must be air permeable because, similar to us, maggots need oxygen to live. Not only that, the maggots will eventually grow within the dressing. When these maggots grow, they have the tendency to escape… like rebel teenagers la. This may be why the dressing must be secure so that they won’t fall off from patients.

However, maggot therapy isn’t new in Malaysia. We managed to get in touch with Dr Nazni who informed us that the team has started the project since 2002. And guess what? The team has been awarded with variety of awards since that year itself! In addition, one of the doctors on her team, Dr Harikrishna, was once featured on Majalah 3 on TV3. The documentary portrays Dr Harikrishna’s patients and how they got the therapy.

One of his patients, Rahim Ahmad‘s leg condition was pretty bad. He had some complication involving his leg after he underwent a surgery to remove a tumor on his back. Doctors convinced Rahim to get his leg amputated but he refused. So, he sought to maggot therapy. He underwent 6 sessions using 600 maggots to treat his leg. WOW, so manyyyy! His leg healed within half a year, faster than what his doctors had expected (one year).

“On the second night, I felt like ant bites. The maggots had grown. It’s true they bit the dead tissues but when they hit the living tissues, I could feel it. But it wasn’t too bad. It’s better than amputation.” – Rahim Ahmad told Majalah 3.

Another patient, K. Vijaya Letchumy, mentioned that the the word ‘disgust’ doesn’t exist for maggot therapy as she sees it as her hope to get better and walk again. Her right big toe was amputated because she accidentally stepped on a stapler.

We mentioned how these doctors developed and patented a method to sterilise these maggots. And we’re not talking about just any maggots.

Wahhh, there’s a local breed of maggots for this type of therapy la!

Don’t worry, gais. The maggots used in the therapy aren’t from your typical housefly where you can find them on rotten food or bins. Our Malaysian doctors actually found a way to breed these type of flies called Lucilia Cuprina (let’s just call it Lucy for short). These type of flies can be found in various warm locations throughout the world especially in Australia.

But what makes Malaysia’s maggot therapy different from those abroad is the type of maggots we use. According to Dr Nazni, other countries use Lucilia Sericata in maggot therapy. And there’s a reason why we didn’t use the other Lucy. 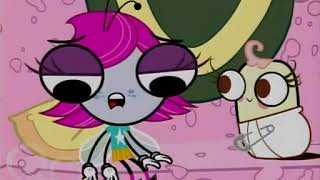 No, this isn’t a case of favouritism. Image from Clip Songs

“In addition, this is the first time this species of fly is used.” – Dr Nazni told CILISOS.

But it isn’t easy to breed these maggots in the lab environment because these flies normally lay eggs on heaps of rubbish (duhh). Fortunately, Dr Nazni figured out a way to do so.

“We found out from our studies that flies lay eggs alternate days. From our ‘Mark Release Recapture Study’, we found that in the field, they only survive less than seven days, which is why the female produce 150 eggs per egg laying.” – Dr Nazni on The Health.

She also added that her role is important after the flies lay eggs. Dr Nazni’s task is to sterilise the eggs by an extraction method the team developed, put them in packaging and send them to hospital settings.

Aside from maggot therapy, these maggots are pretty helpful in forensics too. Forensic professionals are able to determine when a person died based on the life stage of these maggots found on the corpse. Apparently, these Lucy flies are known to be one of the first flies to occupy a corpse.

Sadly, these maggots aren’t helpful to all. They can actually cause death to animals! It was reported that Lucy maggots cause parasite infections to sheep which can eventually cause death if these sheep are untreated. Aside from this fatal effect to animals, they’re useful to us humans.

Uhuh, maggots has been used to heal wounds for the longest time. But how long??

There were actually records from the Old Testament about the infestation of an infected wound on a man by a fly larvae. And it doesn’t only stop there. Ancient cultures practiced by the Mayan healers of the Central America and even the Hill people of Burma used maggots to heal people. But the first doctor to ever use this method in the medicinal world was a French surgeon, Ambroise Pare who noted the benefits of this therapy although his initial findings was on how destructive these maggots could be.

We looked through the boring history bit for ugaiz and found out that maggots were pretty useful in times of war. There were several records from World War I and World War II where this method is used by military surgeons and doctors to treat patients.

Plus, if you’re a prisoner of war, then you may have to be all creative and critical in making life decisions. And that was probably why there were reports of American prisoners of war in Japan who actually used maggots to treat severe wounds.

But what about Malaysia? We tried finding out if there were any traces of our ancestors using maggots to heal wound before Dr Nazni and the team’s finding but to no avail. However, what we did find was some traditional ways we use to treat diabetic wound like consuming honey. 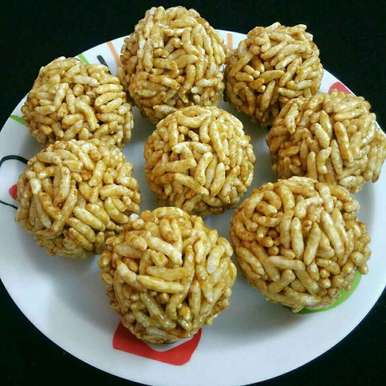 But Sabahans eat… Oh, wait that’s Sago worm. Btw this is a rice ladoo. Click image from BetterButter for recipe.

However, with the invention and rise usage of antibiotics (and other modern medicine, in general), maggot therapy became a less popular option. That is until recently, of course, especially when we’re talking about Malaysia. And that is thanks to our very own team of doctors who, aside from their contributions mentioned earlier, had ensured that…

This therapy is available in 51 hospitals in Malaysia

Yes, gais. Thankfully, we have 51 Malaysian hospitals with this therapy including health clinics in hard-to-reach areas in Sabah and Sarawak.

But before this therapy is available on those hospitals, Dr Nazni actually launched a staggered trial to test if the flies bred in the lab is safe to be used anot. The first trial she held involved 12 diabetic patients at Lumut Hospital, Perak. 10 out of 12 patients actually healed and, obviously, became a living testimony.

Two years after the first trial, she tested this therapy again on 30 patients. This time around, those patients healed over a short period of time. And since 2007,  this therapy is used in hospitals. But… how much do patients have to pay?? We’ve been talking about her but ugaiz may have no idea how she look like. This is the Dr Nazni. Image from The Star

“In terms of cost per treatment it can be as low as RM 100-200 per session. Each treatment session would last 48 hours. Depending on the wound size, improvement of wound can be observed within two sessions of MDT application, which is about 4-5 days.” – Dr Nazni told CILISOS.

Although this therapy may sound like a good news to all, especially diabetic patients, patients may also want to remember that this therapy isn’t a solution to all. Dr Harikrishna told Majalah 3 that patients still need to take care of their sugar level, change dressing of the wound and avoid exposing wounds even during the therapy to avoid patients’ wounds from getting worse.

Aside from that, you may want to think twice the next time you find anything useless or disgusting like our tiny surgeons. They actually work 24/7 trying to save diabetic patients from getting their legs cut off.