Seeing doctors when you’re sick may just be a small matter to most Malaysians. Simply go to a clinic, register at the counter, wait for your turn, consult the doctor, take your medicine and pay for it. Voila! How hard can it be, right?

As it turns out, some less fortunate people may find it hard to go to clinics or hospitals. While some of us may have insurance or are able to pay for our medical expenses, there are plenty who can’t even afford to pay for it! Good news is the Ministry of Health (MOH) has plans to implement a social health insurance program called the Skim Perlindungan Insurans B40 for poor Malaysians. For those who don’t know what B40 is, it is a social class group for those who earn a monthly income of RM3,900 and below.

(Seeing as our own stats show that majority of Cilisos readers have a monthly income of less than RM3,000, this article may be important for you guys! So pay attention kay?)

The scheme has been planned by MOH since August and while it may be beneficial for these people, some Malaysians are pretty much against the idea…. but why? Isn’t this a good thing? We’ve compiled some concerns Malaysians have over this new program and tried to find some answers to it.

1. “You think this money come from the sky? Gomen sure gonna tax me and give it to the poor.”

Malaysians would definitely be concerned with how much money they need to fork out when they’re offered with a certain scheme or program. Nothing is free in today’s world anyway, right? 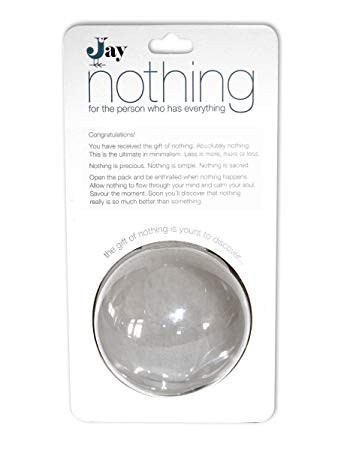 Wrong. Even nothing costs about RM66. Click the image from Amazon to check out the price.

Well… not quite. Social insurance can be funded through taxes or premiums paid. Currently, Malaysia is using a tax-based revenue system (aka gomen’s revenue from tax) to finance healthcare. Citizen’s Health Initiative, a think-tank, argued that this system is the best.

That may be true since Thailand, which implemented a social insurance, actually has a strong tax-based revenue to support the program. It’s known as the major source of financing to subsidise healthcare insurance aka the rich Thais are heavily funding the poor Thais.

However, according to Prof Dato Dr Syed Mohamed Aljunid, a Professor of Health Economics and Public Health Medicine, money from taxes don’t only go to healthcare while money from social insurance funds do. It’s an equity concept – those who need healthcare services will receive the money instead of those who can pay for it.

And, typically, it’s compulsory, by law, for rich rakyats to contribute at most 5% of their salaries. Middle-income rakyats may contribute as well but less than that while poor rakyats no need to contribute. Gotong-royong isn’t just about cleaning up a certain area. It can also be implemented for social insurance. Image from Sinar Harian

But this doesn’t mean MOH can cut budget since the Malaysians have pool in resources. Dr D Michael Jeyakumar, former Sungai Siput MP, commented on how the budget would eventually rise in the future. This may be true cos the money collected by Malaysians may only be complementary to the budget allocated for MOH.

Butttt as for now, MOH won’t be cutting anyone’s salary as the healthcare services will be subsidised by the gomen.

2. “Aiyo, I’m too poor for private healthcare… but not poor enough for this program.”

Yea, yea, we’ve mentioned how those under B40 (about 10.4 million Malaysians nationwide btw) will be protected and covered by this program. But what’s gonna happen to middle-income class Malaysians who are not eligible for this kind of financial aid and can’t even afford to get private healthcare services? Too poor to enjoy luxury stuff but not poor enough to get funding. Image from Kolej Komuniti Segamat’s SlideShare

The Malaysian Medical Association (MMA) suggested that the social health insurance program should cover everyone instead of only one particular group. This is called the universal health coverage.

Indonesia actually faces similar problem with its middle-income rakyats. Indonesia managed to help these people when the program it introduced, Jaminan Kesehatan Nasional (JKN), covers almost everyone in the country. Yes, about 74% of 264 million Indonesians! And that’s within 5 years of implementing the program.

MOH actually has plans to increase the coverage of this program to middle-class Malaysians and minorities including foreign workers but this program will begin by covering those under B40 as it is a part of Pakatan Harapan’s election manifesto. And as ugaiz may have known, they’re just trying to fulfill their promise la.

The Deputy Health Minister, Dr Lee Boon Chye actually mentioned that poor families would be covered for about RM10,000 to RM20,000 annually regardless of treatment (either at clinics or hospitals including operations).

Okay… but isn’t that amount a bit too low especially for those with catastrophic diseases like cancer? We’re pretty sure ugaiz may have come across Malaysians who plead for financial aid to pay for healthcare services either on TV or social media. Something like this lor: This is just one out of the many Malaysians who plead for help to fund their health needs. Screengrab from @mrslayer92’s Twitter

Just to give ugaiz a clearer picture, Prof Dr Nur Aishah, a member of Cancer Care Working Group, stated that a simple mastectomy can cost RM12,000. That’s more than what the poor may be receiving. And don’t get us started with the cost for lifelong diseases.

NAH, BACA:
No internet. No chemo. Here's how different it was getting cancer in Malaysia in the 1980s

Prof Dr Syed mentioned that social insurance should be able to cover this type of diseases, hence reducing the amount of people pleading for health financial aid.

3. “This program will benefit insurance companies and lead to cronyism”

When you hear the word insurance, the first thing that may come up to your mind are those insurance agents and companies. “Yes please sell me another insurance plan with a premium I cannot afford!” Image from addibluecircle.com

Social insurance are generally sponsored by the gomen according to four criteria:

Prof Dato Dr Syed claimed that this program should be handled by a gomen agency. He may not be wrong tho. Indonesia’s JKN is regulated by a gomen agency called Badan Penyelenggara Jaminan Sosial (BPJS). BPJS’s responsibility is to oversee 4 programs under JKN. 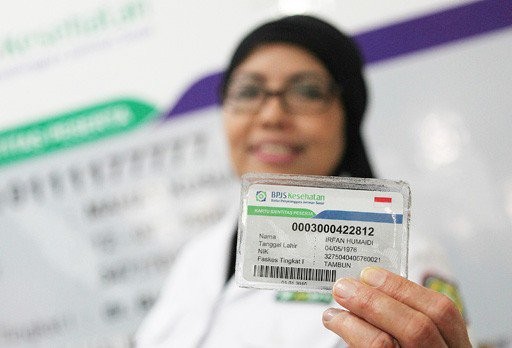 Apparently, the previous gomen tabled a 1Care 1Malaysia Insurance program which was also a social insurance but it wasn’t approved. Dun dun dunnnnn!

Some news sources reported that the program wasn’t approved as it was put on hold by stakeholders and not transparent. The public also disagreed how 10% of their salaries would be deducted for this program and that the money would be handled by a national health financial authority.

4. “Why do we need this program if we already have cheap rates at public hospitals?” Or so they said. Unedited image from Sutter Health

While there may be a possibility for that to happen, MOH actually clarified that public healthcare’s RM1 and RM5 charges will remain the same even with the introduction of this program.

In addition to that, some even suggested MOH to use the fund to enhance public healthcare and facilities instead of funding this program.

“If the health ministry doesn’t start giving more attention to the public healthcare sector, especially public hospitals, things could get dangerous just like the two hospital fires which happened in the last two years.” – Lim Chee Han, a senior analyst at the Penang Institute for FMT. … one (private) hospital near our office… Screengrab from Google Maps … and the nearest hospital near Kelana Jaya Medical Centre is like 4.3km away. Screengrab from Google Maps

So, the issue may be the accessibility to health centres. Thailand, for instance, doesn’t solely focus on social insurance. Thailand was only able to cover 99.5% of the population with social insurance effectively thanks to its effort to bring healthcare to its citizens. Thailand literally stop all investment at urban hospitals for four years to relocate resources to rural hospitals and health centres. This strengthens the primary healthcare (aka clinics) in rural areas.

However, we can only share much about social insurance based on what other countries have done as…

More details on this program are coming soon… in Budget 2019

Sadly, we weren’t able to find a detailed framework of Skim Perlindungan Insurans B40 at the time of writing. Fortunately, we were able to find out that a similar program has been implemented in Selangor called the Skim Peduli Sihat (SPS). This scheme targets poor Selangor-ians who are in need of primary healthcare.

Selangor-ians under B40 would receive about RM700 subsidy per family and RM 350 per individual for basic treatment at registered private healthcare clinics under this scheme. So far, it is seen as successful since it recorded about 205,346 visits and the doctors were paid in 11 days, the fastest compared to other third-party administrators before this. Just look at how different our health deliveries are! Screengrab from Researchgate

Most Malaysians generally urged MOH to discuss the details of this program with the public and medical associations before it is rolled out. However, that doesn’t seem to happen as of now. So, Malaysians may just have to wait for this social insurance program to be tabled on November 2 in Budget 2019.