Aside from the common Christmas themes of joy, forgiveness, and redemption, the Bible also says that Jesus Christ came to this Earth to seek and save the lost.

We’re not going to tell that story in this article. However, this story does have a lot of seeking and saving in it. If this image rings a (jingle) bell, click to go to source.

Tis’ the story of the Lun Bawang people. While people may be more familiar with the Iban people, or the Bidayuh and Melanau people, the Lun Bawang people are also one of the ethnic groups in Sarawak. And just because many of you are probably thinking it (heck we did), their names have nothing to do with onions. The term Lun Bawang means “people of the interior”. While the Lun Bawang are a vibrant and growing people group today (they number around 27,000 now, one of the larger people groups in Sarawak) they are a group that may have never ended up as a part of Malaysia. Why? Because once upon a time, the Lun Bawang people nearly died completely. 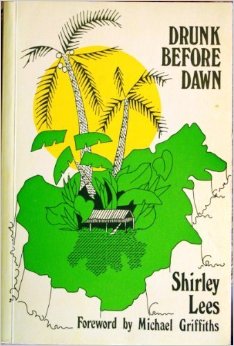 Back in the early 20th century, when Sarawak was still under the rule of the White Rajahs (James Brooke and family), the Lun Bawang were a headhunting race. (NSFW!: Link leads to the definition of the practice of headhunting, contains pictures of severed heads.)

In the book “Drunk Before Dawn“, author Shirley Lees, a Christian missionary (which is a Christian sent to a certain place to teach religion) mentions that the local newspaper reported them to prosperous and numerous until their gomen abolished headhunting.

With the men no longer needed to guard the women from other headhunting tribes, they had a lot more free time to indulge in something else: alcohol. But they loved it a bit too much. The book adds that a local newspaper said that the Lun Bawangs were drunk 100 out of 365 days. Tapai, or rice wine, was usually the cause. Image from mysabah.com Baru Bian, a member of the Sarawak State Assembly for Ba’kelalan, and a Lun Bawang himself, mentions in his book that most of the time they were too drunk to bother about their living conditions, and when they did, their superstitions made it impossible to get anything done!

Their lifestyles were also so dirty (covered in cobwebs, weird stains on the ground, dogs everywhere, pigs under the the house, that sorta thing) that their longhouses became breeding grounds for epidemics.

The first of these epidemics was a smallpox outbreak in 1904 which saw their population reduced from about 20,000 to a mere 5,000. Throw in 2 more epidemics in the next few decades and their numbers shrunk to about 3,500 people in 1930.

And to make matters worse, they weren’t really liked by their gomen either.

“The Brooke government had done nothing to curb the spread of disease, seeing it fit instead to let the Lun Bawangs die out since they couldn’t be brought to heel.” – Baru Bian in his book, “The Long Awakening”

So what we have here is a group of people just waiting to die. But they didn’t wor! What the heck happened? Enter the Christians. 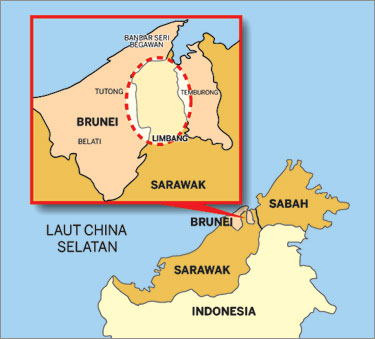 In 1928, Hudson Southwell, Frank Davidson, and Carey Tolley set sail from Melbourne to Borneo (what Sabah and Sarawak were called back then). Under the banner of the Borneo Evangelical Mission, these 3 men ventured to Limbang to work with the people there as missionaries.

They had different educational backgrounds but all 3 of them met at the Melbourne Bible Institute (MBI). And after a lot of planning and praying, the 3 of them, together with other people from MBI, formed the Borneo Evangelical Mission (BEM), the organisation that would drive forward the work they intended to do in Borneo.

No reason is given as to why they did so aside from them feeling that it was something that they needed to do. As stated in the picture above. Image from sibkl.org.my

They picked the Limbang area to do their work because the Brooke gomen had some policy where different missionary groups should not work in the same area, and Limbang was still untouched. And as they journeyed through the jungle, they would eventually stumble upon a Lun Bawang longhouse.

“As we sat on their neatly-woven reed mats on the floor, we could see just above us two bunches of blackened human skulls, about twenty in all, while along the wall were hanging blowpipes and parangs.” – Hudson Southwell, as quoted in “Drunk Before Dawn”

But one thing the missionaries slowly realised was that the Lun Bawangs were ready to move on from their practices. They just needed some help with that.

The Lun Bawangs put the Christian God to the test

As these missionaries started to teach the Lun Bawangs about Christianity, one of the things that they had to deal with was their fear of spirits.

“Life was governed by superstitions because of the belief that the spirit world controlled all human activities.” – Baru Bian in “The Long Awakening” 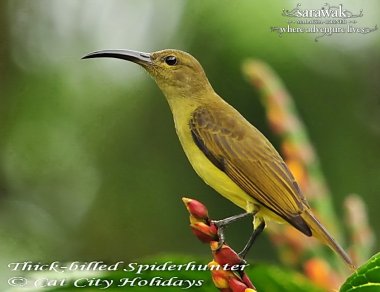 The mengei, or spiderhunter was regarded as a powerful bird that could travel between the physical and spiritual world. Image from sarawaktourism.com

The Christians challenged these taboos, and the Lun Bawangs started to test if the Christian God was stronger than their superstitions.

“A hunter who became a Christian saw the mengei (see picture on the right) fly past on his left one day. It was not a good sign for his plans to go hunting. But he prayed to God, and as he prayed, the bird, which had settled on a branch, dropped to the ground, dead.” – Baru Bian in “The Long Awakening”

He also tells the story of how his dad once came across a tele’ tree while clearing a piece of land for farming. Their superstitions did not allow for that tree to be cut down or else their legs would rot. But his dad cut down the tree anyway.

NAH, BACA:
There was a huge family tussle back in 2009 and it involved... the Sultan of Kelantan

That night his dad had a scare when his toes started swelling. But he says they prayed and the swelling went away. These and other stories are what caused Lun Bawangs to give up their superstitions in the long run.

Slowly, the Lun Bawangs started to change their ways

“Where is your borak (rice beer) now?” he asked.

“What about betel nut chewing and tobacco?”

“That too,” was the answer. – Conversation between a missionary and some Lun Bawangs, as quoted in “Drunk Before Dawn”

In that whole sentence, some of us be like be taking notice of only one thing. Well according to them, yeap they did. But that’s not all. Towards the end of 1937, 9 years after the missionaries had first landed, reports were going around about other changes that were taking place among the Lun Bawangs.

“When we got to Long Semadoh we found a beautifully clean, new longhouse, no pigs. You could walk underneath (referring to a time when they had pigs living underneath their longhouses).” – Hudson Southwell on one of the longhouses, as quoted in “Drunk Before Dawn”

So radical was their change that these people who were once considered the dirtiest in Sarawak, eventually became among the cleanest and best kept! This even prompted Charles Vyner Brooke (the ruler of the gomen during that time), to say this.

“I am amazed at the change in the Murut (Lun Bawang). I believe you have done more good in a few years than the government has done in forty.” – Charles Vyner Brooke, as quoted in “Drunk Before Dawn”

They gradually got less drunk, gradually stopped believing in superstitions, and gradually less….extinct. Because they are still very much alive and kicking in the present day!

Baru Bian mentions that the Lun Bawang people are not without their issues now. He says that they currently face the challenge of many of their young people moving away from their villagers. He says there is a need for the young people to come home to claim what is theirs.

But that doesn’t take away the fact that the Lun Bawang people are an advanced people today. In Ba’kelalan (which is the most important of the Lun Bawang settlements in north of Sarawak), they are well connected to the internet despite being 150km away from the nearest town. This article even mentions that they had long embraced solar energy and energy-saving lightbulbs, while smartphones and tablets are not a problem to them as well.

“Even their paddy fields have seen advancement, where hardier plastic pipes replaced bamboo as water channels. Progress is everywhere.” – Carolyn Hong, in an article for Penang Monthly

(But to be fair, they are still a bit resistant to other types of paddy planting machines.) Solar Energy being installed in Ba’kelalan back in 2006! Image from microsolarsystem.com

The Lun Bawang have also come a long way in terms of education and living. Baru Bian says that when he was going to university, his dad told him this.

“Baru, going away to study is just like going hunting. Everyone in the village expects you to bring a catch back. If you don’t, it would be a great disappointment. So when you go to school, we expect you to come back with something and be somebody.” – Baru Bian’s father to him before leaving for university, as told in his book, “The Long Awakening” He also says that many have moved away from their villages and are doing well for themselves in the modern world. Heck this writer also knows a number of Lun Bawangs, and most of them have furthered their education to other countries.

But aside from all this, they have also become a very vocal people who will speak up when there is a need to. We found articles (here and here) of the Lun Bawang people speaking up on the issue of the Malaysian Armed Forces for building a road that did not follow guidelines, and done without considering their land rights. They have also been very vocal on one of Petronas interstate pipelines especially after since one pipe exploded in June 2014. 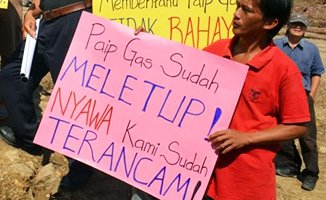 Today the Borneo Evangelical Mission is known as the Sidang Injil Borneo, or SIB (and some people think SIB came from the Semenanjung side of the country, pfft 😛 ). They have grown pretty big la, and the Lun Bawang people still play a huge part in their activities.

But it all started with 3 people who decided that they would go out and make the world a better place.  😀

(Also, if you’re interested in reading the books this story was based upon, you can look here for “Drunk Before Dawn”, the link to “The Long Awakening is currently not available at time of writing but we’ll keep ugaiz updated.)