It might not make the news quite as often, but people are still finding new species of animals and plants in Malaysia. Just last year, citizen scientists found a new type of water beetle in the Maliau Basin in Sabah, and they named it Groveillinus leonardodicaprioi, after the actor/environment philanthropist Leonardo DiCaprio. A month after that, a new ant species was discovered in Johor, planned to be named Echinopla Tunku-Abduljalilii after the late Johor Prince. 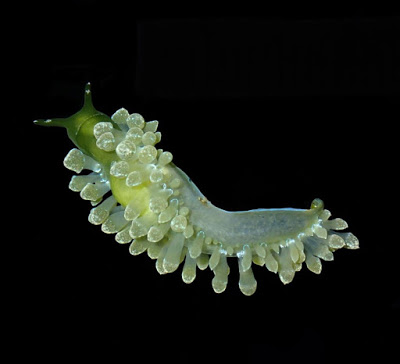 And just a few months ago, a new species of sea slug was discovered in the waters of Malacca, named Sacoproteus nishae, after transgender activist Nisha Ayub, and there’s no reason to doubt that more new species are still waiting to be discovered. One such new species is a tarantula found in the forests of Batang Salak, Sarawak, and while it had been captured on film back in September 2017… This article heavily refers to an article written by Dr Law Yao Hua, for ScienceMag.

So recently arachnologists Ray Gabriel and Daniella Sherwood, affiliates of UK’s Oxford University Museum of Natural History, had published a paper in The Journal of the British Tarantula Society describing a new species of tarantula found in the forests of Sarawak. It was named Birupes simoroxigorum, with the genus name being based on the Malay word for blue (biru) and pes meaning legs, probably as the females of the species have shockingly blue legs. The species name, however, comes from the combination of ‘Simon’, ‘Roxanne’ and ‘Igor’, the names of the children of the collectors who caught the specimen.

However, the discovery was seen under a different light when Science Magazine did a piece that discloses how the researchers may have obtained the specimens illegally. Apparently, the spider was originally found by Sarawak photographer Chien Lee, together with German photographer Lars Fehlandt, back in September 2017. Lee had posted photos of the spider online, where it was probably seen by tarantula collectors Krzysztof Juchniewicz, Emil Piorun and Jakub Skoronek, who are based in the UK and Poland. Honestly, we dunno why we made this.

These three was said to have been planning a trip to Borneo at the time, based on their Facebook page Borneo Tarantula Expedition. So they spent October and November in Sarawak searching for the spider, and after several hardships, they finally found the nest and reportedly posed with the spider for photos, which have since been taken down. They were then said to mail two dead specimens to the UK to be identified by Gabriel and Sherwood. As it turned out, it’s a new species, but the discovery had been called as a case of biopiracy by Lee, something that he said is “all-too-prevalent”.

As for why he called it biopiracy…

The whole process was said to have been done without permits So according to Section 31 of Sarawak’s Wildlife Protection Ordinance 1998, you can’t import or export any wild animal or plant that are unprotected without a license by the Controller. This includes the spider, and if convicted, the people responsible will be imprisoned for one year and pay either Rm2,000 or five times the value of the thing they’re moving, whichever is higher. Juchniewicz, one of the collectors had admitted that they had no permit, saying that he didn’t know they needed one.

“I’ve got all the necessary documents (for legal import). We didn’t do anything wrong.” – Krzysztof Juchniewitcz, to ScienceMag.

He had disclosed that they had asked their local driver to send two dead specimens of the spider by post to Gabriel and Sherwood for identification, which is kinda ominous since a lot of illegal wildlife trade in Malaysia happen by post, even for living animals. Also, while Juchniewicz had claimed that the two spiders they collected died without breeding, some had claimed to have seen spiderlings of the species (labeled as captive-bred) at an exposition in the UK just a few weeks ago. Also, the other two collectors, Piorun and Skowronek, have been reported to advertise the species for sale through their online stores, asking for more than $300 for a juvenile.

Juchniewicz had denied selling the species himself, and have said that there are no captive-bred B. simoroxigorum on the market. He had theorized that the other spiders seen on the market have been caught in the wild and were smuggled in ‘very, very big amounts‘ by others. As for the arachnologists Gabriel and Sherwood, they may have broken U.K. laws for not ensuring that the specimens they studied are legal, since the U.K. is a signatory of the Nagoya Protocol, part of an international convention that ensures specimens taken from other countries and studied are done through mutual consent, among other things. When asked about it by ScienceMag, Sherwood had said that she and her co-author had no reason to believe that the specimens were illegal.

She said that they received the two dead spiders from the collectors “in good faith”, meaning that they were told they were legally collected with all appropriate paperwork needed. However, in response to that, Ray Hale, the vice-chairman of the British Tarantula Society, had said that Gabriel and Sherwood “have been naïve in the extreme” about the sources of the specimens they examined.

Regardless of all that…

WHY is it illegal to post a few dead spiders home? Malaysian traders have been known to openly trade wildlife on social media. Img from Annamiticus.

Perhaps surprisingly, news on the matter had been very rare, and the references we’ve found all leads back to the ScienceMag article, which was written by Dr Law Yao Hua, insect behavioural ecologist and freelance science writer. And it would seem that there’s not much to do about it. Engkamat Landing, deputy controller of Wildlife Sarawak, had said that while collecting non-protected wildlife without a permit in the state is punishable with a year in prison, he can’t do anything about it as his powers to prevent illegal trade stop at the border. As such, he hopes to get the three collectors responsible to be banned from re-entering the state.

According to Dr Law himself, in the case of Sarawak, it is clearly written in their laws that it’s illegal to possess and export any wildlife without a permit, but in the European Union, it’s perfectly legal to import tarantulas. So if a collector can make it out of the country, they’re pretty much safe and can do their business without restriction. But as he had said, it’s not so much the laws, but more towards challenges in enforcing them.

“The laws are there… it’s always a matter of enforcement… forests are huge and porous, there are no fences, rangers are few, and there are all sorts of work to do.” – Dr Law Yao Hua, to BFM. In a disclaimer found on their Facebook page, Borneo Tarantula Expedition had said that only a few specimens were collected for scientific purposes and to start a breeding project to introduce it to the hobby market, and they plan to breed enough to sort of ‘give back’ more than what they take to Sarawak in a few years, to help with its natural population. Despite that, the Expedition aren’t the only ones involved in the trade, evident by the spiders already being on the market.

As if smuggling rare spiders aren’t bad enough, Joseph Koh, an arachnologist based in Singapore, had said that the habit of some tarantula collectors who dig up and destroy tarantula nests as well as capturing their juveniles may threaten the spiders, which are already hard to find as it is. So the laws and the need for permits aren’t just us being petty, but it’s to make sure that someday, hopefully, with the right kind of enforcement we can see the real thing for ourselves.