At the mention “Muslim NGOs,” most of us might think of those who called for Jihad against Cadbury for during the pork DNA incident, who threatened bodily harm against the organizer of the I Want to Touch a Dog event, or those who threatened to burn bibles. However, there has always been a strong counter-voice from another Muslim NGO, and that’s Sisters In Islam (SIS).

Sisters In Islam was formed in 1988 in order to advocate the Islamic principles of gender equality, justice, freedom and dignity, and women’s empowerment. They have a much more detailed history on their website which you can read, but what we did was to contact SIS’s communications officer Aliah Ali with a bunch of noob questions. Here’s SIS, in a nutshell: Photo courtesy of Sisters in Islam

In a largely male-centric interpretation of the religion, SIS is in the unique position of studying the Quran from a female perspective. To that effect, they have been at loggerheads with those who hold on to a more traditional interpretation of Islam – PAS not being one of their biggest fans – by taking the side of a non-Muslim mother fighting for custody of her child from her Muslim-convert husband, for questioning the moral policing of Muslims by state Islamic authorities, and supporting LGBT individuals; among others.

But still, we wondered what the average person thought about the organization and so we took a look at their Facebook page. After scouring through the comments, we kinda got the idea that commenters were split into 4 groups:

So joke. Much original. Very wow. 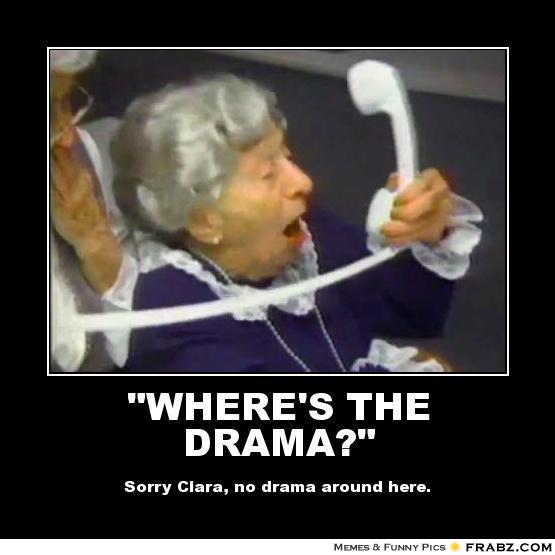 We figured the best way to do this is to ask Aliah Ali to reply to some of the comments which we’ve screencapped. You might need to have a bottle of aloe vera on standby cause some of these replies are quite the burn.

1. If the Quran is so complicated, go write your own Quran!

“The Quran has not complicated things for us. In fact, it is where we draw our justifications from that Islam does not endorse the oppression of women and deny women of their basic rights of equality and human dignity.”

2. You support transgenders and LGBT people. That’s against the principles of Islam!

“On addressing trans issues – Our position is very clear: we do not condone the discrimination and persecution of the trans community, or any other community for that matter. Such treatment of individuals on the basis that someone might not agree with their lifestyle is unacceptable – are they not human too? How can we deny someone, or in fact, a whole group of people the right to seek employment, to safety and security, to live a life of dignity simply for being themselves? Islam teaches compassion, and for so many in this community, religion is instead being used to justify their persecution. Is compassion not one of the ‘nilai-nilai murni Islam’ that you quote?”

3. “Islam is about submission and not personal thinking”

“Are you saying Allah SWT granted us a brain to not think?”

4. This group isn’t an NGO, they’re a company. Conspiracy! Conspiracy!

“Urr yes, we are a company. That information is publicly available. Is there a point to this question? Whether we are registered under ROS or ROC, we still do the same work – that is promoting women’s rights.”

5. You are not Islamic experts but you talk so much. I dare you to debate with the Islamic authorities. “We are not averse to debate, or discussing women’s rights in Islam. We do so regularly, and if we are extended an invitation, we’d be more than happy to participate in any event. Our arguments are solidly grounded from the religious perspective, constitutional perspective, in international human rights standards, and in the lived realities of Muslims.”

“That’s an old issue. In 2010, it was brought to court and then dismissed. Again, we exist because women, like the 600-700 that come to us every year, face problems within the syariah system. When women are not being discriminated against and denied justice in the name of religion, then we’ll happily retire.”

“Here’s our position on modesty and dress in Islam: http://www.sistersinislam.org.my/comment.php?comment.news.309. Happy reading!”

8. Is it because you are women?

“In other words, is there a gendered dimension to the attacks against SIS? Well, yes. There are other organisations that take the same positions we do, but they do not seem to bother the state religious authorities. Perhaps they hold the view that women should, as a whole, not be seen or heard in the public space. We find no such basis in the textual sources of Islam. In fact, We are inspired by the active participation of women in public life during the time of Prophet Muhammad saw. Biographical collections devoted to the Companions (Sahabat) of the Prophet included the biographies of over 1,200 female Companions. Among them were transmitters of hadith, saints and sufis, martyrs, liberators of slaves and heroic combatants.”

Yep. Because they are one of the stronger alternative voices in Islamic thought and, perhaps more importantly, because they are a gauge of the religious environment within the country today.

Very recently, a fatwa was issued against SIS for “religious liberalism and pluralism”, and therefore “sesat dan menyeleweng dari ajaran Islam” (deviating from Islam). When we asked Aliah about SIS’s liberalism, her reply was:

“What does it even mean to be a liberal, moderate or non-conservative Muslim? We consider ourselves as merely a women’s rights group that wants to uphold the Islam that is just, kind and merciful to both men and women.”

Getting fatwa’d came as quite a surprise to some since SIS was at a time the country’s model example of a democratic and modern Islamic practice for western journalists and observers:

“… a few years ago, [the] government brought in visitors comprising western journalists, academics, political aides and congressional staffers to promote better understanding of Malaysia and repair its dented image in the West … The visitors went to SIS where the organisation was used as evidence that the Malaysian government was open and democratic and practised moderate Islam.” – Zainah Anwar, as reported in The Malaysian Insider.

And maybe this is indicative of the growing gulf between more liberal and conservative Muslims in the country, and how we’re fast becoming more conservative than we ever were. SIS attributes the fatwa to a telling sign of today’s repressive environment where those who hold a different opinion are seen as challenging the power of religious authorities and are thus punished so that this power may be asserted.

We’re gonna end this on a lighter note, with what SIS’s supporters have been saying on their Facebook page:

See what we mean? Totally no drama at all 🙂