UPDATE (25/2/2016): Yep you can now add MalaysianInsider.com to the growing list of MCMC-blocked sites. Same method of unblocking below applies 🙂 (or just go to the brilliantly named mirror site – www.themalaysianoutsider.com

UPDATE (1/2/2016): OOokayyy….so the list of websites has grown quite significantly. Also, some have reported that you need to change different settings now cos of IPv6 (don’t worry aunty, we’ll explain!). We figured that it might be a good idea to repost this again since the ways to unblock are pretty much still the same.

Another easy-peasy way we discovered to unblock desktop browsers since this article was written is by installing the Gom VPN extension. Confirm work on Chrome and Firefox.

This doesn’t work anymore either. In fact, even MEDIUM.com that used to mirror the Sarawak Report (and host alot of other awesome articles) has been blocked (wahlau).

So we published an article with some brief instructions on how to unblock websites like The Sarawak Report, but we’ve still been getting requests on EXACTLY how to do it. So we gonna keep this short n sweet, ok aunty uncle? bizarre image of aunties with AK47s from chinasmack.com

First of all, for whatever reason, it seems that mobile devices aren’t affected – so today, we’re just gonna talk about Mac and PC (UPDATE: and now CHROME and iOS mobile devices too! WOOHOO).

The Sarawak Report was subject to what we call a DNS redirect. Don’t worry about the complicated terms, but as a brief understanding, it’s like this

In this case, we need to manually tell your computer (Mac or PC) to use Google’s DNS instead of TMnet’s DNS. This is assuming you trust Google’s ideals about freedom of speech more than TMNet’s.

So here’s how. These instructions were taken from iiHelp.iinet.au (we just cut and paste OMG). But because so many people asking and dunno how to use Google, oklor.

1. How to change to Google’s DNS on PC These instructions work for Windows 8, 7, Vista and XP. These screenshots have been taken using Windows 7.

2. How to change to Google’s DNS on Mac 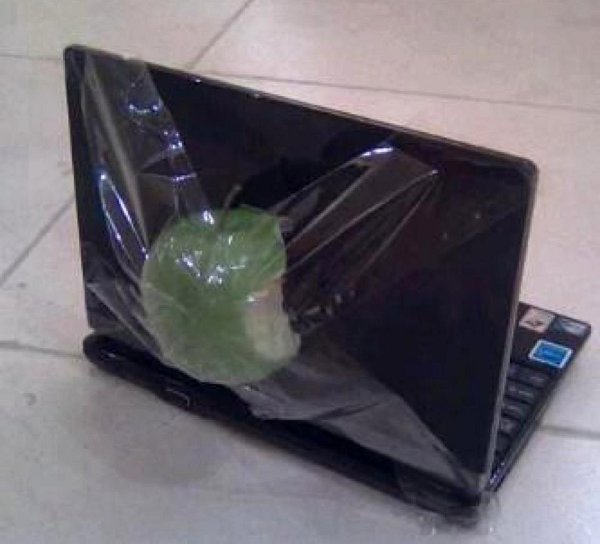 3. How to unblock Chrome on Android or iOS (only for Chrome) OMG. Thanks to reader and tech-god, macamyes for this ridiculously simple solution on Chrome mobile browsers (No aunty, it doesn’t work on Safari or other mobile browsers. Go download Chrome from the Google Play Store if you don’t already have it). Apparently there’s a button that turns on Data Saving which reroutes all traffic through Google’s DNSes instantly! Here’s how you turn it on.

4. How to change to Google DNS on iOS (iPhone or iPad)

Here’s how to change your iPhone’s DNS servers. FYI, this ONLY works on WIFI. If you’re not connected to a WIFI, we don’t quite know what to do just yet. AAAANYWAYs… instructions courtesy of macinstruct.com

If either of these don’t work, do let us know in the comments below and we’ll try our best to help! Also, do let us know if the block is also appearing on your mobile, or if you have a solution that we haven’t covered (we’ll credit you!)

“Why CILISOS so gungho to unblock? YOU OPPOSITION KA!?”

Well first off, let’s re-iterate our stand from a previous article… we’re not entirely sold on The Sarawak Report’s content. Since they have yet to officially tell anyone where they got all their killer information and leaks, we’ll take it with a serious pinch of salt.

Ironically though, that the government is banning the site actually makes us trust them more. After all… why would you ban a site for publishing lies?

But regardless of that, as a fellow media outlet ourselves, we feel the need to support their right to free speech (unless or until it is proven as an undeniable lie). We’re entering a very uncertain time as Malaysians, and us here at CILISOS feel that the right to free speech is one of the most important rights we need to defend to save this country.

Because who knows… someday it’ll be our turn 🙁