Note: This article was originally titled I want to CucukMyAZ but somehow fell into MySejahtera’s crack. I’ve been approached by several people in a similar predicament and some of us have received our first doses after trying out some…uh…tactics. If you’ve previously read this article or not interested to read my comedy of errors, just skip all the way to the end to see how we did it.

Over the past couple weeks, I’ve had people telling me to get vaccinated because of the high cases or because of the little dangling carrot called Maybe can go back to office and some semblance of a normal life. And for the past two weeks, my answer has been “You think I don’t want to get jabbed ah????????!”

Hi, I’m the editor of Cilisos and I’m in vaccination limbo/barzakh/arbuda. I got into this nightmare loop because of one innocent ‘mistake’ – I told the medical officer at my vaccination site that I had an allergy. Now, the well-informed reader will be yelling at me saying that you should inform them if you have allergies; and I agree. That’s the responsible thing to do. It’s just that MySejahtera has given me 31 days of frustration to rethink this stance .

So hang on tight, because this story has more cliffhangers than a myopic mountain climber

I was supposed to get my first dose on JUNE 22nd First up, in case the title wasn’t clear enough, this is NOT an anti-vax post. In fact, it’s the complete opposite because I really want to get vaccinated and I think everyone should. Despite having Thalassemia minor (Thanks dad!) and an allergy to ampicillin (a type of antibiotic), I signed up for the main vaccination program as well as the opt-ins for AstraZeneca… which was a whole different frustration in itself.

Anyways, on June 22nd I was making my way to WTC KL, documenting the entire process on Instagram as all the cool 37 year-old kids do….except it didn’t end the way I wanted.

The short explanation is that the doctor who screened me felt that the convention center wasn’t a suitable venue for me, since it didn’t have the right medical facilities on hand if my allergies flared up. Instead, she rescheduled my vaccination to take place at a hospital instead. So, one official form and a visit to the people managing MySejahtera at the front later, my vaccination status was changed to this: Before I left the screening, the doctor sorta-kinda mentioned that I should also call hospitals to see if they had an available slot, if I didn’t want to wait the 30 days. I didn’t think to much about it at the time, but…..hoooooboy. 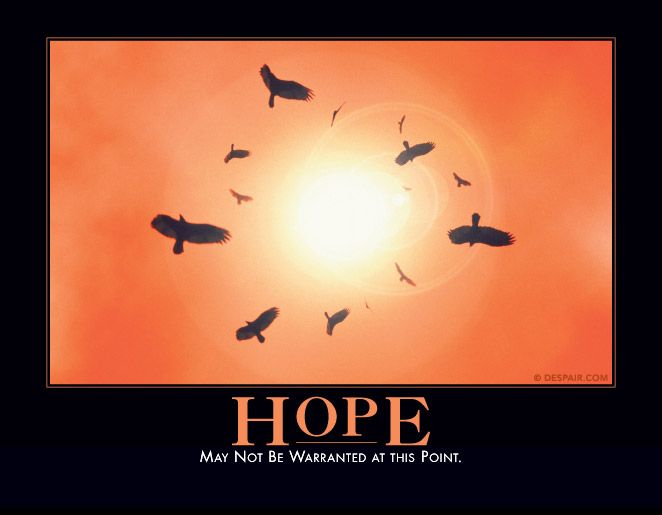 While I was somewhat disappointed that my session didn’t go as expected, I had faith in the JKJAV (aka VaksinCovid) and Khairy Jamaluddin, who once retweeted my article #tumpangfemes. So I waited.

Two weeks of checking MySejahtera later, I gave in and made my first of 3 phone calls to the closest government hospitals and was told that they wouldn’t be taking any walk-ins as they had an approved list to follow. Cilisos kept me busy enough to not do a walk-in and, tbh, I didn’t know if heading into a giant crowd of people when cases were in the 5 digits was the best idea.

Meanwhile the optimism I got from seeing my dad, sister, friends, and colleagues started receiving their first and even second doses started turning into feelings of envious despair as I started to realize………… I’m the only person that I know who hasn’t received a jab.

Then, I was given one flicker of hope

As the week of July 22nd came about, I was getting increasingly desperate. Thankfully our big Sosbos, amazing person that he is, put me in touch with a private clinic that offers vaccination jabs. They called me a couple days later and, as the imaginary gates of paradise opened behind me with a choir of angels, scheduled me for a vaccination on the same day. Oh, I should also mention that this is completely legit and free, so if there’s a place out there offering vaccinations for payment – report them.

But before I even had time to share my excitement, the clinic called me back. They had a problem with my MySejahtera – they couldn’t change my status and schedule the appointment. I explained what happened at the convention center, and they effectively told me there was nothing they could do except cancel my appointment.

I spent July 21st trying to get in touch with someone that could help, but instead got bot replies in varying degrees of uselessness: And just like that, July 22nd – the last day of my supposed reschedule period – came and went. I was effectively back to square one with a -6 dice roll to morale. So I did what anyone desperate would do.

NAH, BACA:
14 Malaysian celebrities tell us how to PONTENG KERJA for World Cup

I discovered something strange about the VaksinCovid hotline After posting my problem on Facebook, I received a whole bunch of responses and PMs from people that I’ve not spoken to in years. One such friend that I haven’t spoken to in years offered to get someone they knew on the backend to check it out, which I gladly accepted. Spoiler: They couldn’t do anything. For whatever reason, getting rescheduled locked out any regular attempts to change my vaccination status.

On July 23rd, there was a reply to one of the many bot replies from JKJAV…….

……..asking me to call the hotline.

Out of pure italicized spite, I dialed the number knowing what automated rejection message was in store……… except I actually got through. It wasn’t a fluke either, because I accidentally selected an option that led to a bot reply, dialed back, and got through again. Here’s a helpful hint for anyone in this situation – if you want to talk to a real person, the number to press is at the end of the list (0 if memory serves me right).

And it was here I finally had an answer. With the reschedule, my name was re-entered into the regular vaccination queue; meaning I had to wait my turn all over again. The only option I had at this point was for the hotline representative to contact the Convention Center to cancel my appointment so I can start fresh and (hopefully) find a clinic that can fit me in.

While I can’t say for sure, I suspect the hotline can only be contacted after you send an email JKJAV and receive a reply. So if you’ve been trying to contact them, sending an email might help (and let me know if it works so I can update this section).

And so, I keep waiting with masterfully bated breath

Despite some well-intentioned reminders about getting vaccinated that has only motivated me to test WhatApp’s block functions, knowing what happened to my vaccination status was actually quite comforting because at least I have a direction now.

At the time of writing, I’ve applied for leave to try my luck at government hospitals by taking a Pre-Vaccination Assessment, which I’ve been told may increase my chances of getting an appointment (although I don’t know if it’ll solve my MySejahtera problem). In the meantime, the hotline representative has already requested for my existing appointment to be cancelled and they didn’t give a 30-day period this time.

“We can’t say how long they’ll take, keep checking your MySejahtera for an update” – Hotline representative

And because I know that when that hotline bling, that can only mean one thing – I continue to wait lah.

If there’s one takeaway I can give from this entire experience, it’s that you really stop becoming choosy about vaccines when things get desperate. Despite my initial concerns about AZ and Thalassemia, or debates about travel restrictions if you have a certain vaccine; All I can say right now is that, given a choice, I would heavily consider not revealing my allergies and even if they offered me a trial Vaksin1Malaysia made entirely of coconut water and hope, I’d take it.

But that’s just me. Please stay safe, get vaccinated, and cucuk responsibly.

Update: Here’s how I finally got myself vaxed I posed with my paperwork as extra insurance

Since publishing the article, my inbox and the Facebook comments section have become a support group for others stuck in a similar predicament. There was one person whose experience almost exactly mirrored mine, and the cherry on the coincidence cake was that the both of us managed to get our first dose on Monday (July 26th) through private hospitals.

In my case, my grandmother got an appointment at a private hospital and my uncle passed me the case manager’s contact number. One call and one long explanation later, I became my grandma’s vaccination buddy. But when I got to the hospital, the same problem arose – they couldn’t change my MySejahtera status.

Fortunately, they said they could fill in a manual form which allowed me to take the vaccination but, at the time of writing 2 days later, left my status unchanged (Update: It’s been changed). TLDR; Try to piggyback on a 96 year-old woman (or any senior relative) for sympathy points.

Although my newfound comrade-in-armjabs was in a similar situation, he had been stuck in limbo for 4 months. He basically chased down his regular doctor who was treating him:

I begged the hospital people and they told me to go to JB or KL to get approval letters.  Actually it is a simple form where u just get it ticked to be vaccinated at the hospital. I kejar one of the doctors who treated me today and she got all settled within 15 minutes.” – New kawan who prefers to remain anonymous

TLDR; Find some jalan for medical treatment and use that to leverage your way into an appointment.

So….. here’s the thing. Although we both got what we wanted in the end, it came after leaping through a lot of unsuccessful – and unnecessary – hurdles. While it’s demotivating to know that this isn’t something that’s been addressed or resolved, it made us feel even worse that we had to create extra work for vaccination staff and volunteers (and yelling at the helpdesk staff).

Whichever route you’re taking, please keep in mind that the hospital staff and volunteers aren’t responsible for your situation, and are probably overwhelmed themselves. Be at the very least courteous with them, and always try to make an appointment beforehand.

Oh yeah, and keep all the documents you’re given in the event your MySejahtera isn’t updated by your next appointment.