Recently, there’s been a big fuss over on Twitter over what our Education Minister, Dr. Maszlee Malik said on RTM.

For a while now, there’s a scholarship programme for Malaysians who want to venture into postgraduate studies (e.g. Masters, PhD) called ‘MyBrain’. Dr Maszlee has recently said that the govt will most likely be suspending the program until further notice! We can almost hear the hearts of overachieving Malaysians breaking.

this statement is like a dagger through my heart. no more mybrain and myphd until been told to continue so he said “terima kasih kerajaan lama sbb tinggalkan byk hutang” but i wonder how even dulu byk hutang, previous kerajaan still provide those two gems for us @Khairykj 😭❤️ pic.twitter.com/XpQ42YH6Dd

The reason for the suspension of the scholarship fund? Well, in a now extremely familiar story, Dr Maszlee claims that ‘the previous govt left us a lot of debt’.

Needless to say, this sparked a huge debate online over whether or not we should be sacrificing potential long-term academic ambitions over short-term financial gain, with our *coughcough* favourite Opposition MP Khairy Jamaluddin also giving his two cents to the argument:

Now we know many of you probably haven’t even heard of MyBrain (haha), so here’s a quick breakdown of the scholarship fund…

MyBrain is a scholarship fund to help YourBrain get smart 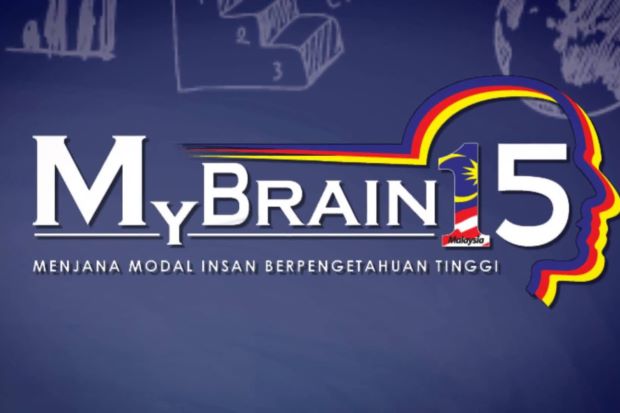 The MyBrain postgraduate scholarship program was first introduced back in 2008, with the aim to help Malaysia gain up to 60,000 PhD holders by 2023. It offers students three different types of funding: Masters, PhDs and industry-focused PhDs.

Furthermore, if you’re given a MyBrain scholarship, you aren’t limited to just public universities, as the scholarship lets you go to any institution to study.

If you’ve never been one to bother getting a postgraduate degree, you may not realise just how pricey these are. For example:

Me after getting that sweet, sweet MyBrain money.

So the MyBrain program does appear to be a well-loved and somewhat successful program in helping the lesser-privileged get an opportunity to further their education. Then why is Dr Maszlee thinking about suspending it?! Well according to him….

*plot twist*… There was never money for MyBrain

Following his controversial interview on RTM, Dr Maszlee decided to clear the air over the confusion regarding the status of MyBrain. Turns out, when he decided to blame the previous government for the suspension of MyBrain, he wasn’t kidding.

It seems as tho that despite the previous government allocating RM90 million for the scholarship fund in the 2018 Budget, this has yet to reach MyBrain’s bank account. On top of that, Dr Maszlee said that with over 10,000 students in the program awaiting scholarships, that RM90 million will not do. Instead, Dr Maszlee estimates that they’ll need approximately… RM612 million!

Mmhmm. Not only is there no money in the MyBrain scholarship fund, but it seems as tho the actual amount that was set to be given to them would not have been enough anyway.

Dr Maszlee however added that while they may actually allocate the RM612 million that MyBrain currently needs, any money set to be used for the scholarship program will first have to be approved by both the Finance Ministry as well as the Economic Planning Unit.

“I said ‘postponed’ because the approval is not from us. If it is from us, we want everyone to study, but the fund allocation depends on the Finance Ministry,” – Dr Maszlee, as quoted by The Edge Maszlee, the man, the myth, the minister. Image from The Malaysian Insight

Of course, those who probably have the most to lose in the MyBrain controversy are the students awaiting the funds to study. As for those who have already applied and may be worried for their potential scholarship being cancelled outta nowhere, Maszlee has this to say:

“The decision is not in our hands. I will continue to help and ensure that we get cooperation. So they will have to be patient,” – Dr Maszlee, as quoted by The Edge

Don’t worry too much, we still have a few other options

Some of us here at the Cilisos office have had to put academic dreams on hold due to a lack of funds (boss pls gib raise), so we do empathise with students who may be freaking out that MyBrain has no funds for scholarships anymore.

And while we aren’t able to sponsor your Masters program, you may be a little bit relieved to know that nowadays, many employers would prefer candidates with proven work experience and skills. In any case, a little work experience before going back to school may be very helpful in the long run too.

However, we do understand that many out there have ambitions of entering fields that do require postgraduate degrees, such as academia. As such, here’s a few other postgraduate scholarship funds that you may be interested in too: 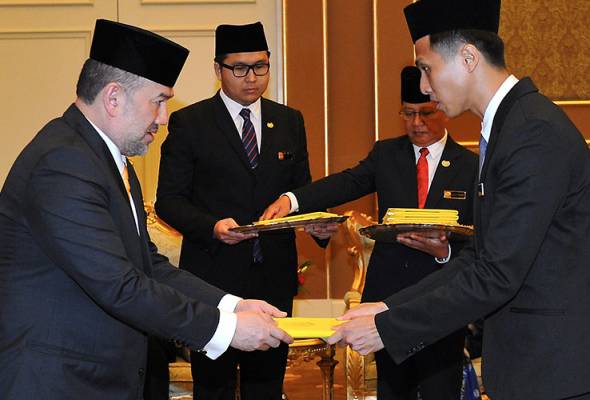 James Tan, a BYDPA scholarship receiver in 2017, being awarded by the King Sultan Muhammad V. Image from Astro Awani

One of the most prestigious scholarship awards in Malaysia (the King is giving you a scholarship like woah), the BYDPA is open to any Malaysian who’s looking to get a Masters or a Ph.D. It is however limited to just the Science & Technology, Law and Islamic Finance fields. This award would cover your costs full time at any institution, both in and out of the country.

Of course, such a prestigious award has some pretty high requirements laa. You’re going to need a minimum CGPA of 3.75 and above while also showing some “co-curricular excellence” as well as “producing creative and innovative works” among other criteria. You can click here to check out more on the BYDPA.

Okay, so technically this isn’t just for postgraduate studies, but it does offer scholarships for them. Everything from tuition fees and living expenses to training support costs are all covered by the Yayasan Khazanah scholarship, so you won’t need to work while studying for some spare change too.

You won’t be able to just apply anywhere in the world tho, as your university of choice has to be from a list of places approved by Khazanah. This lists tho does have some pretty big names such as Harvard, Oxford, Cambridge and University of Melbourne, while for those worried about getting homesick would be happy to know that you can study in local institutions such as Universiti Malaya and University of Reading Malaysia. You can check out the Yayasan Khazanah scholarship here.

If you throw a stone into a crowd of 10 Malaysians, you’re probably going to hit someone who took a PTPTN loan, because that’s how common it is. And yet, the government still struggles to recollect loan payments. Thankfully, the total amount of PTPTN repayments have been on the rise over the years. However, there have been reports that, in light of Pakatan’s victory in GE14, some have begun to ignore their PTPTN payments as Pakatan said they’d remove the travel blacklist on PTPTN defaulters.

Every PTPTN repayment you make will help your fellow Malaysian down the road go to university. And if you’re really gungho about planning ahead, you can also start planning for your kids’ future too.

The National Education Savings Scheme (SSPN) is a program initiated by the PTPTN that helps you save up money to fund your child’s future education. Just RM100 a month over the years could become almost RM30,000, which can more or less fund a full degree in a local university. Like the old saying goes, “small small long time become mountain”.

Share this article:
NAH, BACA:
How did pro-gomen questions end up in this year's SPM Moral paper?