Tan Koon Swan, former MCA president, must have been one of the unluckiest Malaysian-Chinese politicians in history.

Not only was he sacked from MCA in 1983 under suspicious circumstances, he later ended up in Singapore’s Changi Prison after their High Court found him guilty of criminal breach of trust (CBT) in the infamous Pan-Electric scandal of 1985. Tan, who was then the majority shareholder of dying Singaporean company Pan-Electric Industries, had been convicted of illegally transferring more than S$29 million from various accounts in order to save the company, and its effects were so devastating that they caused an unprecedented shutdown of both the Malaysian and Singaporean stock markets.

And it didn’t end there; following his release from Changi, he was soon jailed in Malaysia too, following which he was declared bankrupt with a debt of over RM400 million.

How we imagine Tan Koon Swan must have felt back then. GIF from: Tenor

But how did Tan and Pan-Electric – then one of the biggest companies in Singapore whose downfall brought along with it several other companies – end up in such an expensive predicament in the first place, and more importantly, how did it lead to market shutdown in both Malaysia and Singapore?

We’ll try not to confuse y’all with too much technical economic jargon, but simply put, forward contracts are private agreements between two entities promising payment for an asset at a future time. It’s typically used by brokers to lock in the price of a trade deal early on to safeguard against the risk of that asset’s price rising (for the buyer) or falling (for the seller) at a later time.

For example, let’s say you agreed to sell us 500 bars of gold at the price of RM125,000 (wah, Cilisos so rich ah), but you don’t have the gold now; it has to be shipped in from overseas. In the meantime, we predict that the price of gold may rise, so to make sure that we don’t lose out if that happens, we make an agreement with you to lock in the price with a forward agreement, due on the same day the gold is to arrive. Once the gold is finally shipped in, we pay you the agreed-upon amount from before, regardless of the current price of gold in the market. 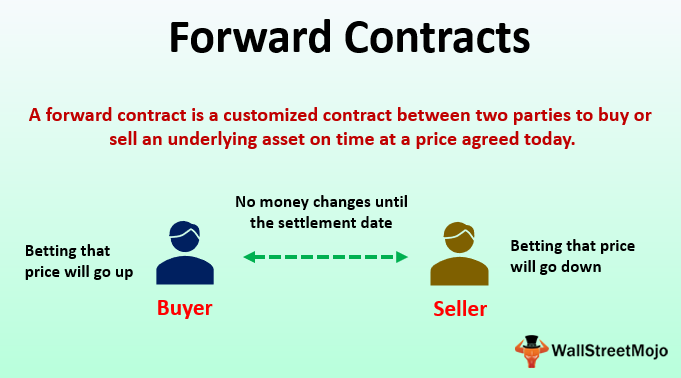 How our transaction would work. Image from: WallStreetMojo

So how did this system cause the closures of both the Malaysian (KLSE) and Singaporean (SES, now SGX) stock markets?

All in all, Pan-El’s collapse had left 5,500 shareholders hanging, with debts totaling S$480mil. It left a significant impact on the trading industry, leading to tighter market regulations in both Malaysia and Singapore. Now, we’ve simplified the events somewhat, but y’all can probably see now why both governments went nuts over the whole issue.

But who is former MCA president Tan Koon Swan, and how does he fit into all of this?

Formerly a protégé of Genting’s Lim Goh Tong, Tan – who was then also a high-ranking member of MCA – became embroiled in some political drama in 1984-85. We’ve already detailed the MCA presidency crisis in a separate story, but in summary, Tan Koon Swan (an MCA presidential hopeful at the time) was sacked from MCA in 1984 after calling out his rival Neo Yee Pan for allegedly creating ‘phantom voters’ to rig party elections. Then-PM Mahathir Mohamad would step in and tell the two boys to play nice, and, following a party election, Tan Koon Swan would emerge victorious, becoming president of MCA. However, Tan’s victory would be short-lived; only a month later, in December 1985, Singapore’s High Court slapped him with 15 charges ranging from criminal breach of trust (CBT) to share manipulation in relation to the Pan-El crisis. The main accusation was that Tan, as the majority indirect shareholder in Pan-Electric (22.6%) via his company Sigma International, had abetted more than S$29 million worth of illegal fund transfers into Pan-El in an attempt to save the sinking ship. These included funds from Multi Purpose Holdings Bhd (MPHB), which was… *drum roll* …  a commercial venture of MCA founded by Tan (these MPHB funds would come back to haunt him later, as we’ll show in a bit).

And, to add the cherry on the cake, his bail was set at a soul-crushing S$40 million.

Interestingly, Tan’s legal counsel did not challenge the astronomical bail amount, nor did they even bother to fight the charges; despite this being a high-profile case, it was wrapped up relatively quickly (barely a year) because he pleaded guilty. In the words of the presiding judge, Tan’s actions had:

And so, Tan paid a fine of S$500,000 and was sentenced to two years’ jail in 1986 (he ended up serving 18 months). Needless to say, he had to resign his post as MCA president, and that was pretty much the end of his political career.

But Tan’s suffering was not over. Remember MPHB? Well, upon completing his sentence and returning to Malaysia in 1988, he was charged again; this time by the Malaysian courts, who charged him with CBT for illegally transferring RM23.2 million from MPHB to Pan-El. And so, he was sentenced to a further 18 months in jail.

Since he was jailed twice, we’ll use this GIF twice too.

As we mentioned at the start of the article, by the time he was released from Malaysian prison, Tan was declared bankrupt with unsettled bank loans amounting to over RM400 million, which was estimated by some would have taken him 35,316 years to pay off! To put that into context, the Neanderthals were still just about roaming around 35,000 years ago… so um yeah. How they came up with this insane number, we’re not really sure, but in any case, Tan somehow managed to reach a settlement with those banks, and he was discharged from bankruptcy in 1995.

But in spite of all this, Tan may have been wrongfully charged in Singapore

Wow. Imagine being the guy who was jailed for a total of 3 years in two different countries, but whose prosecutor later came out to say ‘I mightttt have made a mistake’.

In fact, this was exactly what next transpired in the story of Tan Koon Swan’s very eventful life. In his 2012 book ‘Prosecutor’, Glenn Knight, the Singaporean ex-prosecutor who handled Tan’s case made a groundbreaking revelation: in a 1996 judgment of a similar CBT case, then-Singaporean Chief Justice Yong Pung How said that Knight had used the wrong section of the law to charge Tan.

I too had to accept that if I had erred, the judges involved in the Koon Swan case were also wrong. The judgment shattered my belief in our legal system.” – Glenn Knight, ‘Prosecutor’

He even went on to suggest that Tan seek amends from the Singapore government: However, Singapore’s Attorney General’s Chambers would refute Knight’s claims, saying that because the rulings in Tan’s case were made by the High Court, CJ Yong’s decision could not overrule theirs. There’s also the issue of Tan having pleaded guilty even with legal counsel, which implied an acceptance of the law and facts laid out by the court at the time. The AGC would also point out other factual errors in Knight’s book, before concluding that, ‘Tan’s conviction stands, and he remains guilty of the crime that he had admitted to’.

In response to the AGC’s statements, Knight claimed that since there were two differing High Court judgments on the same issue, Tan’s case should have at least gone on to the appeals stage to be clarified there.

But enough about the court drama in Singapore. What about Tan Koon Swan himself?

Tan seems to have put the past behind him, and is now living a quiet life

Ever since he left Malaysian prison, Tan Koon Swan has embraced a low-profile lifestyle. Now a born-again Christian and retired, he now spends most of his time in Hainan, China, while his children watch over his business dealings back home. Quite a shift for someone who was once such a significant figure in Malaysian politics. A born-again Christian, Tan Koon Swan appears to have found comfort in his faith. Image from: Christianity Malaysia

When the revelation of the supposed false charge emerged in 2012, Tan declined to comment on whether or not he would take action against the Singaporean government:

‘I don’t know whether I will do anything about it. It’s very unlikely I will say anything so soon.” – Tan Koon Swan, as quoted by The Edge in 2012

On Knight’s admission of his mistake, Tan said:

“I thank Glenn Knight for the courage to make this open admission of wrongful charge. I appreciate this action and would like to let bygones be bygones, seize the moment and look forward to the journey ahead… I pray that the peace of God be upon Glenn Knight. When we do meet again, we will meet as friends.” – Tan Koon Swan, as quoted by The Borneo Post in 2012

Incidentally, the pair actually met at the 2009 Eagles Leadership Conference in Singapore, where they both spoke and shook hands, showing that bygones were indeed bygones between the two of them.

In any case, whether or not he eventually does decide to take action against the Singaporean government remains to be seen, but on the surface of things at least, Tan Koon Swan, former MCA and business powerhouse, appears to have finally found peace.

If you enjoyed this story and want more, please subscribe to our HARI INI DALAM SEJARAH Facebook group 🙂