[WARNING: You may see a butt or two. Tell them we said hello.]

If someone were to invite you to go and see a Malaysian bodybuilding competition, what could you expect? Well, muscular men posing on stage, of course. Also, these: Everything… and more. Original img from Ronnie.cz.

Yep, that’s often not their skin color. Bodybuilding competitions are judged, among other things, by the overall shape of the muscles, how little fat there are, balance between different parts of the body, and definition of the muscles. The tan makes the muscles stand out under the stage lights, and the posers show that a contestant didn’t slack off on any part of the body. Have they been working their gluteus maximuses? We’ll never know. Img from Nanyang Siang Pau.

No, it’s not from a Hang Tuah casting call, but from the Mr Awang Selamat Kelantan Challenge, probably the only shariah-compliant bodybuilding competition in the world. Now, you might be wondering…

How the heck did people come up with this? “How can I look at less butts in tight posers… Aha!” Img from DamnCoolPictures.

Well, coming from the state with very strict views on modesty (and the only one not affiliated with the Malaysian Body Building Federation), perhaps the real question should be ‘why come up with it at all?’. While some news sites seem to portray this event as something new, it had actually been going on since 2016. The name of the competition, Mr Awang Selamat Kelantan, is likely to have come from the aide of the legendary Puteri Saadong, said to be a royal guard who was strong enough to carry huge rocks across long distances.

Anyway, the extra cloth covering the navel is said to reflect Awang’s attire, making it modest by Islamic standards in that it covers up the ‘aurat’ (modesty) of men, between the navel to the knees. But things hadn’t always been that way. While official news stories are sparse, there was a controversial bodybuilding contest in 2011 Kelantan, and it looked like this: Borrow your mak cik’s tudung is it? Img from anjoi binjai.

If you look closely at the banner, you can perhaps see some PAS politicians on it, which was part of the controversy. People had questioned the PAS government for holding such an event, as PAS had before before banned various things related to modesty, including women’s participation in Quran reciting contests (which was later revoked). After the backlash, bodybuilding events were no more in the state, and the reason given was that they didn’t comply with the conditions set by the state government.

Somebody must have convinced the the state government otherwise after that, as in 2016, bodybuilding contests were again allowed in Kelantan, under the Mr Awang Selamat banner. People can now show off their hard gainz again (from the navel up only), and it doesn’t clash with Islamic policies… or does it?

The first event received mixed views from people on the Net, with some supporting it while others calling it out as a failed attempt at having the cake and eating it too: it was marketed as a shariah-compliant event, but so many things about it were seen as not very Islamic. For one thing, even though the naughty bits are covered, bodybuilding shows kinda veer into ‘riak‘, or showing off to get acclaim, which some Muslims think is forbidden.

For another thing, women were seen at the event, both in the audience as well as the jury, even though part of the shariah-compliance-ness of the event was about not involving the opposite gender. “What, women can’t be juries? Is this feminism?!” Img from Yong Suka Kuning. “What? Women can’t have fun? Is this repression!?” Img from Yong Suka Kuning.

Amid all the criticism, people have stepped forward and defended the contest. Among the prominent people who did so was Dr Maszlee Malik, who was at that time a UIAM lecturer. He had called the event as ‘groundbreaking’ and ‘creative’, as the Kelantan government had managed to change people’s perceptions about a commercial sport that only flaunts one’s modesty. Now, he says, bodybuilding can be seen from three angles: sportsmanship and commercial viability, cultural (from the traditional wear), and health and healthy living.

He went on to say that other states would do well to emulate Kelantan. And although people had debated the issue of parading one’s body for acclaim, Maszlee had said that it was disputable.

“Even in other sports, there are elements of indirectly showing off one’s body,” – Dr Maszlee Malik, to Malaysiakini, 2016.

Ustaz Ahmad Fadhli Shaari, PAS youth deputy chief, had commented that there’s nothing wrong with holding bodybuilding contests, as long as the organizer sticks to the rules set down. While he had admitted that bodybuilding contests are still a subject of disagreement among Islamic scholars, people can generally avoid any major disagreements by covering up between the navel and the knees. 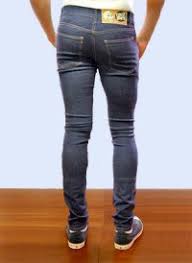 Also, nothing so tight that it shows the shape of that region. Img from EffortlessGent.

So is it right or wrong? We’ll just pull a ¯\_(ツ)_/¯ here and let them figure that out themselves, but regardless of that…

The event seems to be doing well, despite the criticism Spectators from the first event in 2016. Img from StarTV.

With two years under its belt, the next Mr Awang Selamat Kelantan Challenge will be held on this 13th of October at the Silver Jubilee Hall in Kelantan. So far 50 contestants have confirmed their participation, and these came from not only Kelantan, but also from Selangor, KL, neighboring states, and from the army and police as well.

“After this, we will publicize this activity more aggressively. We’ve got more than 50 participants even without being aggressive… We also offer applications to any organizations as well as government agencies. We’ve heard that the Malaysian Bodybuilding Federation will also take part,” – Ustaz Wan Roslan Hamat, Chairman of the state’s youth, sports and NGOs committee, to Harakah Daily.

And why wouldn’t it be popular? It’s fresh, unique, and to be honest any competition where we can hide our muffin tops and puny calves is fine by us.