Malaysians are no stranger to road kill, especially now that there have been so many high-profile car accidents recently. Remember the part-time model driving in the OPPOSITE DIRECTION? Source Or the time a lorry driver LOST CONTROL, then an MPV to crashed into it. Source

As it is right now, Malaysia Institute of Road Safety Research (MIROS) has reported that fatal road accidents have been increasing from 2001 (5,849) until 2013 (6,915)… and an average of 19 Malaysians are killed on the road every single day!

And the peeps at JPJ are especially sick of Malaysians breaking the rules. Which is why, just a couple of weeks ago, the JPJ announced a new system to effectively curb lawless Malaysian driving habits: a new and improved demerit point system!

Wait. “New & improved”? We had a demerit point system?! Remember this? Don’t sell to your ‘paper lama’ uncle first, coz we’re gonna have to actually refer to it again.

You may remember being taught about a demerit point system while studying for your driving test. If you don’t, here’s a refresher crash course.

Also called KEJARA (Kesalahan Jalan Raya), it collects a score of points given to you depending on your behaviour on the road. When you commit an offense, a specific amount of points will be ‘awarded’ to the offender.

Every 15-point milestone is equavalent to 1 offense, and the actions against you will look like this:

The revoke also happens whenever an offender gets their 3rd offense within a 5 year period. You can look up the list of offenses by clicking here.

But back then, the demerit points can still be easily removed. Like paying for more lives in Candy Crush, paying your fine removes the demerit points. If you’re not willing to pay to play, you can wait for the cool down. But in this case, the cool down is to not commit any offenses for 24 months, which will result in a 7 point deduction from your record.

Sounds like a legit system… so what happened to it? Well, it was suspended around 2015 because it seemed like road users didn’t really care, and they wanted to revamp it in a way that would make them care. Since it was easy for points to be deducted, motorists didn’t really learn their lesson. In fact, JPJ tried to get people to pay their summons, like increasing fines when the due date is surpassed, not clearing points when the fine is paid, but it seems like it doesn’t create the impact it wants.

Honestly lah, we think Malaysians only takut increasing petrol prices and anything that starts with 6%.

So what’s new with the revamped system?

Now, JPJ’s new initiative comes under the project name, ‘Automated Awareness Safety System’ ( 😳 AWAS). It’s actually a combination  of the new KEJARA system and the AES (Automated Enforcement System – traffic cam system that record offenses with imaging sensors). Under the new system, JPJ has reconfigured separate penalties for private vehicles (e.g. cars, motorcyclists) and commercial vehicles (e.g. lorries, taxis, even Grab and Uber). This way, commercial vehicles will be held accountable instead of the companies that hire them.

The project focuses on only 2 offenses at the moment: running the red light and speeding.  According to this article, the two penalties were chosen to kick start the project because these offenses were more publicly advocated (concerned). This is how you’ll be punished under the revamped KEJARA system:

Offense #2 – Going above the speed limit

Only 2 offenses? Sounds harmless? Well, remember the consequences are more severe solely coz the points are now permanent, paying fines won’t remove them. These points could taint your record forever like the results on your report card you didn’t want. But since it was only implemented on the 15th, any offenses before then wouldn’t count. *phew*

Like the old KEJARA system, the revamped one also has its punishment milestones: If they ever want to drive again, they can only resit their driving examinations 12 months after the revocation. Anyone who is driving while their license is suspended or revoked can be fined between RM3k to RM10k, with possibility of jail time not more than 3 years.

Probational drivers are on an even shorter leash. With only a 20 point cap, breaking the limit would results in an immediate cancellation of their license.

But fret not if you’re a lawless driver, cos there’re still ways to get rid of them. Just attend the rehabilitation course or avoid committing offenses for a whole year. And this time, it’ll reduce 50% of your outstanding demerit points. But unfortunately, it’s a one-off incentive. That means the chance for a reduction can only be used once in your whole lifetime!

Why is it revamped? Is it really gonna help reduce accidents?

The demerit system has been applied in a few countries like the UK, Canada, Singapore, Germany, and Australia. Singapore reported their fourth consecutive year of seeing a decrease in fatal accidents when enforcing red light cams and speed traps, accompanied by their demerit point system.

Although it works in other countries, it’s not assured that it’ll work here right? But studies have shown that lawlessness on the road does have a direct link to accidents. More disobedience leads to more accidents, coz the authorities can’t directly prevent accidents.

As the year progresses, about 23 MORE penalties will follow (like using hand phones, not fastening seat belts, overloaded vehicles etc) which we hope would make people be more serious in following the law. However it’s not just about penalties – it’s also the lack of swift punishment. 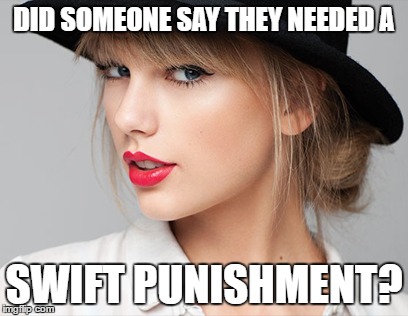 When the JPJ knows you are trouble, but won’t punish you by writing a song.

“… summons need to be issued to motorists who committed traffic offences as soon as possible. This is because if it is delayed, the effect of the system will most probably be affected negatively, or in another word, become less effective,” – Prof Dr Wong Shaw Voon (Director-General of MIROS) as quoted by Malaysian Digest.

By the time our summons get to us, we won’t even remember what rule we broke. This writer had a summon from 2014 that just arrived this year.  😯

Feeling the paranoia? That means the system is serving its purpose

Ultimately, that’s what the JPJ wants you to feel! Not to scare or stalk you lah, it’s for your own safety.

“The ultimate purpose of the implementation of AWAS is to increase perception of being caught (POBC) for motorists.

As we are dealing with perception issue, we need to execute multifaceted (multiple aspect) approach. Complementary enforcement complemented with demerit system, in fact, have been proven to be an effective way to increase POBC.” – Professor Dr. Ahmad Farhan Mohd Sadullah (former Director-General of MIROS) as quoted by Malaysian Digest. 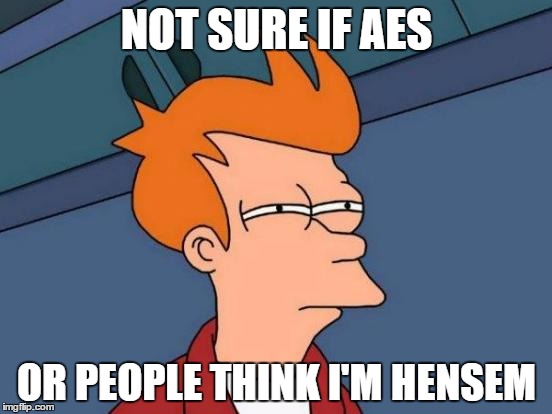 When you see a flash of light while driving. We can never be sure now! Source

It may not be the most desired rule Malaysians want, we can’t put it down because it’s inconvenient to us right? All we can do now is to be more careful lah. If you’d like to check your demerit points, you can click here to go the JPJ’s official website to find out.