On July 19th 2015, UK-based whistleblower site Sarawak Report (SR) was blocked by our gomen, allegedly for reporting stuff that “would destabilize our country and the economy“. Just in case you’re interested in reading some government-censored material, here’s Cilisos’ guide to unblocking them.

Thing is, because Sarawak Report goes to extraordinary lengths to maintain the anonymity of their “sources”, nobody knew for sure whether they were right or wrong…until now! The US Department of Justice (DoJ) very helpfully made their investigation results public, so it’s actually possible to directly compare their report with what SR reported to see if SR is actually accurate. 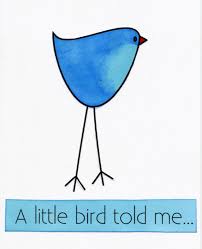 Maybe this is their actual news source. -Image from rubberstamping.about.com

To do this, four of their biggest exposés will be compared with the DoJ’s findings to see if SR is accurate in their reporting.

One thing to note though, the US DoJ’s findings are part of an ongoing investigation. While it’s not an established fact, few would argue with their results of the 1MDB investigation, which is why that report will be the benchmark for comparison.

So let’s see what accusations SR has made against 1MDB and how accurate they are: One of SR’s first reports that got them on the gomen radar and eventually resulted in them being blocked was an article detailing how USD 700 million was transferred from 1MDB to Good Star Limited, a company that had nothing to do with 1MDB’s then-deal with PetroSaudi International, which meant that the USD700 million was actually wrongly channelled (stolen).

In response, PetroSaudi insisted that there was no money transferred out, and that all monies in the deal was given to PetroSaudi entities. So, was Sarawak Report right about this?

Taken from the DoJ’s report, page 20.

The only main difference between SR’s article and the DoJ’s report is that SR’s articles contain a lot of private emails between the related parties that the DoJ’s report surprisingly does not have, so we’re wondering where they managed to get all those emails from. But overall, it would seem like SR’s reporting tallies up with the DoJ’s findings.

But wait! A quick comparison using CopyScape of the earliest version of this article with the earliest saved version recorded by the WayBack Machine from Mar 3, 2015 showed….

Was changed to this:

That’s a HUGE change….in his facial hair. Otherwise, the story pretty much was the exact same thing.

So, their report on the USD $700million was similar to the DoJ’s findings, but what’s probably an even bigger issue is WHO that money went to, which leads us to the next article we’ll put to the test. Not long after releasing the news of a certain Good Star being involved in 1MDB deals, Sarawak Report took it one step further by reporting that Jho Low was the only owner of Good Star, which also means that the USD $700 million went to him.

Woah. Those are some big allegations with some serious consequences. Of course, if this was false, one would expect PetroSaudi to come out all guns blazing to debunk such a lie. After they were asked about Sarawak’s Report on Good Star’s ownership, PetroSaudi’s reply basically amounted to “No….comment.” The gomen was a bit more vocal in their response, with the Ministry of Finance (MOF) insisting that PetroSaudi owned Good Star when the payment was made, so the USD $700 million wasn’t stolen, but paid to the right people. Again, since SR and the gomen can’t seem to agree…

Taken from the DoJ’s report, page 7

As shown above, the DoJ’s report seems to agree with Sarawak Report’s findings about Jho Low being the REAL owner of Good Star instead of PetroSaudi. But do note that the DoJ also said that officials at 1MDB lied to the banks about the ownership, so it is possible that the MOF also kena tipu-ed by 1MDB officials and board, who happens to be led by….the Minister of Finance. 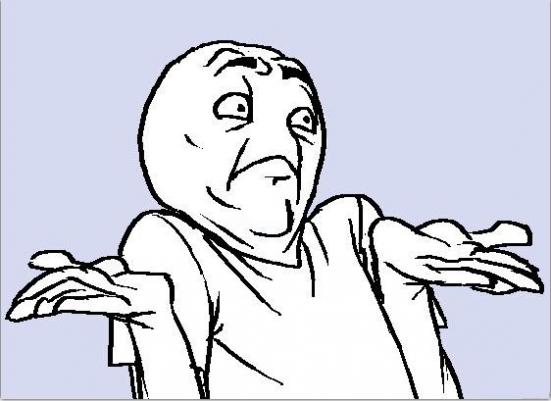 Nope, doesn’t make much sense to us either. -Image from troll.me

Err…let’s…just move on la k. Comparing this article’s earlier version from Dec 2014 with the most updated one:

There was no change whatsoever from their first report to the most current one on their website now, not even a picture change this time. Safe to say, there was no post-editing done here to match the DoJ’s report, and that Sarawak Report was sorta accurate from the start (at least when compared to the DoJ’s report).

NAH, BACA:
The Mat Salleh who loved nasi lemak so much, he introduced it to the West

Still, this isn’t probably the biggest news SR has reported. The next article probably is though. This was perhaps Sarawak Report’s most influential article, the one that made the Opposition party do a placard holding in Parliament that was so synchronized they should make it an Olympic sport (so Malaysia can win another gold medal in addition to the one Lee Chong Wei will most probably will win).

The gist of this article by SR was how money from 1MDB was channeled into the account of the Prime Minister, with detailed transactions showing RM42 million from the SRC as well as USD 681 million from 1MDB’s supposed joint-venture with Aabar allegedly ended up in the PM’s accounts. (Since the DoJ only reported on the USD 681 million, only that will be compared.)

The gomen’s reaction to this was as interesting (and confusing) as Marvel Comics’ many alternate universes, with the PM first saying he did nothing wrong: 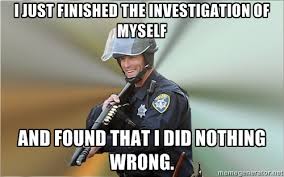 Then saying he prefers to explain it only in private:

Before finally saying it was actually just a donation from an anonymous (and very very generous) Saudi donor:

So again, is SR right? Or was it really just a generous Arab?

Taken from the DoJ’s report, page 75

But wait! Maybe the Tanore account DOES belong to a Saudi royal leh?

But interestingly, the DoJ’s report on the USD 681 million differs from SR’s article in two different ways, which are the accounts that the money came from, as well as the total amount. The DoJ reports that both transactions totaling USD 681 million came from the Tanore account, while SR reports: So, there is a slight discrepancy here to be fair, but most people would probably agree more with the DoJ. A bigger issue with this article is that SR claims the PM took it, while the DoJ’s findings very clearly state that ‘Malaysian Official 1’ was the one who had the money.

It looks like SR was (partially) right on this one, especially when we saw the results from CopyScape comparing this article with their earliest version from July 3, 2015:

Once again, there was no change from their original article to the most current version of it, showing that SR didn’t change any of their original numbers after the DoJ’s report went public.

Now, while no one can really tell *cough* who ‘Malaysian Official 1’ *cough* is, it IS KNOWN who his relative is, and Sarawak Report also wrote about him too! Let’s see if their accusations towards MO1’s relative is accurate or not. SR reported back in December 2015 on how the funding for the Hollywood movie ‘Wolf of Wall Street’ actually came from diverted funds from 1MDB. Not long after that, lawyers from the producing company owned by Riza Aziz threatened to sue SR for defamation, and demanded that the article be taken down and for SR to apologize for it.

Sarawak Report refused to take it down and apologize, so Riza Aziz’s lawyers proceeded to….do nothing at all about it (at least according to Sarawak Report, who is still waiting for their lawsuit). But just because they didn’t sue SR doesn’t mean that SR’s article was accurate. Taken from the DoJ’s report, page 107

The DoJ’s report once again confirms the reporting of Sarawak Report (man, those peeps in SR are not bad at their jobs huh), stating that they also believe, and have evidence to show that the funds for ‘Wolf of Wall Street’ actually came from money that was diverted out of 1MDB.

So, can Sarawak Report’s stuff ACTUALLY be trusted?

While it’s kinda hard to validate Sarawak Report’s stuff because of the lack of sources, the fact that these four articles are so similar in their information to the DoJ’s official investigation results actually boosts their credibility quite a bit. 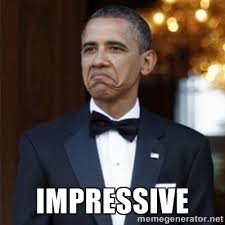 Indeed. Even he agrees. Maybe.

When SR first burst on the scene with their tabloid-like caps-locked HEADLINES, run by a team of anonymous individuals besides Clare Rewcastle-Brown (seriously, there’s no mention of any other author or spokesperson besides her), and the absolute anonymity of their sources, the credibility of their reporting seemed to be sort of compromised. However, their need to protect their sources is understandable, especially since the type of news that SR reports is extremely sensitive in nature (and anti-government most of the time).

We’re not saying that the Sarawak Report’s accusations are 100% correct since we’d like to keep our day jobs, but considering how the info in the articles that we’ve looked at seem to match the DOJ’s findings, perhaps it’s worth considering taking a smaller pinch of salt? Better for health also.