We’re sure some of you gais have seen those badass gangster movies like Goodfellas or The Godfather, or even the local ones like KL Gangster or Hantu Gangster. The local movies usually revolve around a bunch of guys just trying to make ends meet and survive in the mean world of crime. But odds are, these movies don’t just pop up out of nowhere la… confirm got some real-life gangsters who inspire the directors to make these movies. Remember this movie?! Img from wanista.com

Real life gangsters like the 36 gangsters of Gang 04 that got caught by PDRM recently that are getting charged for a whole bunch of different crimes, like murder, assault, robbery and drug distribution. Five Gang 04 members were also killed by police back in 2013 in Penang, and those killed were blamed for all the shootings that occurred around the state.

If you’re scratching your head over who this gang is, you’ll probably remember the murder of the businesswoman, Datin Reynce Wong. She was gunned down by Gang 04 members at Taman OUG, Old Klang Road in July 2016. Her 8-year-old daughter also got shot in that incident.

Gang 04 actually started in Bentong, Pahang in the 80’s by a super active Chinese secret society known as Wah Kee. The society initially dabbled in crimes like protection money and territorial fights. But as the Indian gang members started to take over, they began to expand their repertoire of ‘services’ into more serious stuff, like murder, drug trafficking, possession of weapons, etc.

Many gangs, such as Gang 04, 08, 18 and 36 are currently run by Indians gang members. But did you know that these gangs actually originated from Chinese triads?! Triads or secret societies are traditional  organized crime gangs, kinda like the Chinese mafia. But these Chinese kongsi gelap have existed since before kemerdekaan. There were a series of wars between two secret societies in Larut, Perak in 1861 – you can read more here for a quick sejarah recap. Photo of a depiction of the Larut War, taken from xaanaax.blogspot.com

But when did the gangs suddenly switch from fully Chinese to Indians? And how? The Indian members started by helping these Chinese gangs conduct illegal activities in the 90’s, by acting as bodyguards or henchmen before being accepted into the gang, then slowly becoming the leaders as they worked their way up. Indians account for about 70% of members in underground societies operating in Malaysia these days, the number of Chinese involved are around 25% and Malays represent about 5%.

Sin Chew Daily went on to say that most Chinese gang members went on to pursue more ‘lawful’ businesses, like real estate investment. Buuut the Chinese didn’t actually leave the gangs – they’re still silent partners using their legitimate businesses as a front to finance any illegal activities. In fact, PDRM found that VIPs with Datuk Seri and Datuk titles are the ones financing the gangs now. A Datuk Seri in his 50s was found to be the leader of Gang 24 in Penang.

There’s an unfortunate stereotype by Malaysians nowadays that all Indians are gangsters. Unfortunately, the stereotype isn’t helped by the police’s repeated arrests of Indian men. A few have even accused the police of being racist while MIC Youth leaders have slammed PDRM for targeting Indian youths in several ‘leaked’ police documents.

“Is there a need to classify them by race? Police must clarify why they are targeting Indian youths in the latest Ops Cantas Khas 2″ – MIC Youth Leader Sivarraajh Chandran in a statement, via the Malaysian Times.

Dying to know more about why there are so many Indian gangsters? Fear not, we did a story about them here with the details.

What is surprising is, we keep saying ‘gangster’ or ‘gang’ but apparently, the PDRM doesn’t see it that way. The Penang polis insist that modern day gang members aren’t really considered ‘gangsters’ anymore. But why?

“These are not gangsters because they are not organised like the kongsi gelap back in the day, so they are termed as ‘thug gangs’ “- Penang police chief, Datuk Abdul Rahim Hanafi, via the Malay Mail Online.

Gang 04 expanded to KL, thanks to Bentong Kali

You’ve probably heard of the most femess gangsters in Malaysian history. Bentong Kali (aka P. Kalimuthu) was implicated in 17 murders, most of them were done for the fun of it including that time he gate-crashed a birthday party, then randomly shot at the guests, killing 4 of them. He was well-known for his short temper and tendency to fly into manical rages, killing innocent bystanders with his German-made semi-automatic Sig Sauer P226 pistol.

Bentong Kali was born and raised in Bentong and was trained by none other than… the Wah Kee kongsi gelap, aka Gang 04! He learnt everything he knew from being part of Wah Kee since he was 14 years old, wreaking havoc across Malaysia in ‘outstation assignments’ where he got arrested several times throughout his teen years. When he was finally released from jail when he turned 20, he joined KL-based Gang 08 and took a crash course in the ways of a big shot gangster in KL. 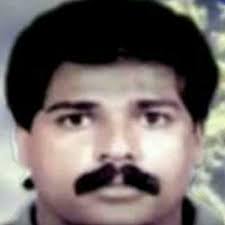 Kind of like your favorite restaurant opening different outlets elsewhere, Bentong Kali decided he’s had enough of being bossed around and decided to set up shop by starting his own gang, which he decided to call ‘Gang 04 Jalan Klang Lama’ (whoa, much creativity!).

But Gang 04 isn’t the only one with new ‘branches’ popping up in cities across Malaysia. Sin Chew Daily also found that many gangs these days such as Gang 04, 08, 36 and etc have different ‘branches’ throughout the country, but are independent to each other. Gang 04 in Penang is run by completely different leaders than the KL Gang 04, even though they share a similar name.

“There are more than a hundred secret societies and gangs in the country, many of which have departed from their closely-knit organisational structures, with many gang members splintering to form independent units, resulting in a single gang splitting into many smaller factions” – Criminologist, Dr P. Sundramoorthy, told Sin Chew Daily

After starting a gang and shooting up half of KL, Bentong Kali was finally killed in one of the most atas neighbourhoods in KL, Medan Damansara, by a police sniper in 1993. But if you wanna know even more about him, we did an article about Malaysian supervillains back in 2014 where there’s more details about his crimes. No thanks to him, Gang 04 has become one of the most active gangs in the country, according to the Straits Times.

NAH, BACA:
[UPDATED] Pudu-hole memes are all over Facebook. Send us more and win RM50!

Today, Gang 04 is one of the most notorious gangs in the country

Gang 04 in Perak have also stepped up their game to include illegal gambling and dabbling in the sex industry as part of their gang activities. The 5 members of Gang 04 that were killed in 2013 by PDRM were allegedly professional assassins. The 36 members arrested are linked to the high profile case of the murder of Datin Renyce Wong in Taman OUG, Jalan Klang Lama in 2016 by several members of Gang 04. She was driving her daughters to lunch when two gunmen fired 5 bullets at the Datin’s car, which also punctured her 8-year-old daughter’s intestines in NINE places. According to the police, a businessman had ordered the hit, paying the gang RM60,000 as he were unable to pay back his RM13mil debt to the Datin. Two men ended up getting charged for her murder, while 7 other suspects were released.

Not only that, in 2015, eight Gang 04 members crashed a full-moon party in Penang and started a fight, slashing one man several times before escaping on motorcycles. The victim was just another party guest and had simply tried to stop the gangsters, but ended up hospitalized. In a separate incident, a man was murdered after a 2km chase in 2016, right here in Petaling Jaya. Twelve gang members attacked two men on a motorcycle, slashing them repeatedly and leaving the victims in a pool of blood – the police suspect that the victims are actually members of Gang 04, who were killed over a territorial dispute.

But with all these incidents, maybe the real question is why more people are still getting involved with gangs and committing such violent crimes?

Many youngsters are forced into gangs due to poverty Whoa…These guys just kena charged for murder, but still proudly showing off their gang number for the cameras. Img from The Star.

Almost 7 out of 10 Indians are related to secret societies in one way or another, which just shows how the gangs have powerful infiltration and influences in the Indian community.

PDRM said that there were actually more gangsters under 21 years old that were arrested in 2016 compared to previous years, while the Star also said most of the gangsters arrested by police are only in their mid-20s to 30s. With a lot of gangs starting to recruit kids from secondary schools, teens are starting to getting involved in gangs from a younger age, such as this blatant Gang 24 celebration outside SMK Sri Andalas in Klang. Gang members, some in their school uniforms were “celebrating” their gang, holding banners with the number “24” on it. Since August 2016, PDRM has been conducting a nationwide manhunt for members of secret societies, code named ‘Ops Cantas Khas 2′. Because the first Ops Cantas Khas did so well in the box office, PDRM just had to make a sequel! Jokes aside, Ops Cantas Khas was created in 2013 to curb gangsterism and get rid of these kongsi gelap for good. The police are always arresting suspects involved in suspicious or illegal activities – such as in 2016, where PDRM arrested 71 suspected gang members in Perak, including 3 people on the police’s most wanted list.
Police say that poverty among Indians is the main reason they’re involved in gangs.

“We have to give attention to the figures. We cannot let this gangsterism culture go out of control. We need to put a stop to it” – Deputy Inspector- General of Police, Tan Sri Noor Rashid Ibrahim, via the New Straits Times

Maybe the gomen can do more to help the marginalized Indians escape poverty, so they don’t turn to gangs as a way out. As exposed in this Al Jazeera 101 East documentary about Malaysia’s gang problem, sometimes there isn’t another option for these youngsters. By helping these poverty-stricken Indians, we can create a better and safer country for everyone.