Most Malaysians should at least have heard of Namewee by now either for Negarakuku, his controversial rap-remix of our national anthem, or for any of his other (equally) controversial work. He most recently made news when the High Court issued an arrest warrant on August 7th, and he was arrested on August 26th. Namewee was charged (Because TNB, geddit geddit? lol) under Section 509 of the penal code for using words or gestures to insult the modesty of a TNB officer. But the question is…. how did he get away with everything else? 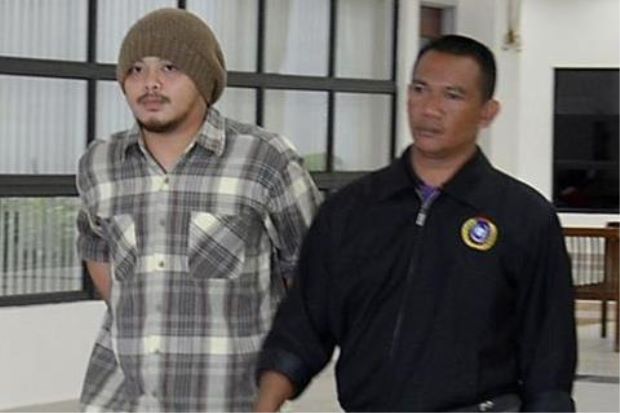 For the purposes of this article, we’ll be using Negarakuku for comparison since it’s the most well-known of his works so far. He has since removed the video from his official Youtube channel but it lives on as reposts by other users, some of whom have added translated subtitles. Here’s one in English (WARNING: NSFW, use headphones):

As you might expect, backlash from this was..umm…kookoo. The video instigated investigations under the sedition act (ohai again) and the Malaysian Communications and Multimedia Commission. Some were also considering throwing the National Anthem Act on him (Yes, we have a national anthem act). There were also calls by NGOs such as Perkasa to strip him of his citizenship. Though he was studying in Taiwan at the time, he apologized for the video and came back to make the headlines once in a while with another online video or a new movie release. It was, as it seemed, an uneasy truce between Namewee and the government, each trading jabs but never going into a full-on fight; like two boxers with hemophilia.

The day Namewee crossed the line…

Dear readers and fellow Malaysians, here’s a lesson we should all learn:

Don’t ever mess with Tenaga Nasional, because they…..got the power

Okay okay sorry, couldn’t resist the joke. But here’s the gist of the story: Back in 2009, after a power outage in his hometown of Muar (the third that year), Namewee went to the local TNB office to make a complaint when his calls to the TNB hotline went unanswered. This led to an obscenity-filled rant at the TNB officer on duty which eventually got him escorted out by security. He also added a short song at the end referring to the TNB initials as T** N* B* (Hokkien curse word for doing the naughty with one’s mother)

So how did Namewee get away with Negarakuku and not this??

Okay let’s try to get this in perspective… here’s a guy who pretty much used the National Anthem as a base for a profanity laden song that hints at police corruption, lazy Malays, hardworking Chinese, and out-of tune Subuh prayers and, despite the investigations and threats, got off with an apology and was allowed to continue creating (sometimes equally controversial) stuff.

Then, a year later, he mouths off to a dude at TNB and boom! court case, gets charged (geddit gedd- oh wait, already used this joke), and… actually got punished. We mulled over that question for awhile and tried to dig deeper into it. Here are some of the search terms we used: As far as we were concerned, this could be an equally plausible answer.

But then we came up with a possible theory…

After our 103rd picture of kittens doing cute kitten stuff, we realized that the only difference (that we can spot is) that Negarakuku employs thinly-veiled, indirect references in its lyrics while the TNB one was a full-on direct onslaught against an employee and the company.

NAH, BACA:
How much money can you save by installing solar panels in Malaysia?

Could it be that maybe… just *MAYBE* our local authorities aren’t comfortable with subtext?

Simply put, can it be that maybe the authorities aren’t very sure how to handle statements that have subtle, underlying meanings? Here’s an example:

Namewee has in a blog post addressed the lyrics in the song, also saying that the newspapers (Harian Metro in particular) has failed the grasp the message of the lyrics and had published their interpretations of what the song was rather than the actual lyrics themselves. We’ll be using some choice quotes in the original BM text and our translations below. Oh, his blog contains the translation of the lyrics in BM, but this blog has the English ones. Y’know, in case you don’t want to watch the video again.

Here be a part of the lyrics:

5 in the morningThere’s even a morning call to wake me upSometimes a few of them will sing togetherWhen you listen to it, it’s like a love duetThe voice ululates like an R&B songEven though sometimes they sing until it’s out of tuneEven though sometimes they even sing until theirvoices breakSome sound like cockerels, but they wake up earlierthan themThis way we can know the time to get ready for classand for work

(“A part of my lyrics mention that some Muslims recite the Al-Quran out of tune, some are tone deaf, and there are those that are like chicken clucks. … I did say that it’s just SOME of them reciting the Al-Quran and not everyone. As a musician it’s easy for me to differentiate a singer that’s out of tune or tone deaf. … I DID NOT criticize any religion but I just pointed out their singing abilities … and stated an opinion.”)

In an interview with Malaysiakini, he also mentions that

“Even if I had not sung the matters in my song, does it mean that what I have mentioned do not exist [?]” – Namewee, as quoted in Malaysiakini

And also, he doesn’t specifically mention that it’s about the prayer, or of corruption (“Holding pens but they will rarely write you a receipt / Because they are thirsty, they need to drink tea / Also kopi-O, want to add sugar?”) Subtext is both your enemy and your friend

In our article about film censorship, the idea of how the authorities dislike vagueness was mentioned by one director, and another director talks about how it’s a challenge for them to put in subtext that gets past the censorship board. And so, if we can thread the fine line of getting people to understand what we are trying to say without directly saying it, we’re good. But now for the downside.

We have a law that uses this “open to interpretation” aspect to nab people as well, that being the sedition act.

So what’s going to happen to Namewee?

Also why do you think Namewee has kept himself out of the authorities’ reach for so long? Are we getting it right, or should we just have continued looking at cat pictures?

Let us know in the comments!