Very recently, there’s been a rumor being shared on Whatsapp and Facebook warning non-Muslims against accepting free copies of the Quran from an NGO called Multiracial Reverted Muslim (MRM), as the details you’ll give them in return for accepting the Quran will be used to convert your official records from non-Muslim to Muslim. There’s also a picture of a van used by MRM to distribute these Qurans as well as a link to a Malaysian Insider article titled “Don’t Accept Free Copies of Translated Quran, Says Interfaith Council” : Reading this, some questions spring to mind:

Question 1: Can they convert you by giving you a Quran and getting your personal details?

The short answer is NO. We came to this conclusion using that pesky human trait called “logical thinking”.

Applying this “logical thinking” to the rumor, we can filter their ability to convert you to Islam down to two conditions:

So essentially, the argument is that when you find that they have somehow gotten government agencies to change your identification details and make a complaint about it, they’ll use the Quran that you can’t get rid of as proof that you are a Muslim. So ugaiz know what this means right? – Yep, opportunities to pull the best prank ever!

The Best Prank Ever!

Become a member of MRM and send your boss a package with a Quran inside. He will be obliged to keep this once he opens and touches it because it’s a holy book. Get his personal details from the company database and, smackboompow!, your boss is now Muslim and there’s nothing he can do about it! Hilarity!

So basically, this isn’t a nefarious plot to convert unsuspecting Malaysians but rather an opportunity for epic next-level trolling.

As an added bonus, we asked favorite ponytailed lawyer Fahri Azzat of LoyarBurok about the legal aspects of this rumor and his reply was shockingly expected

Okaylah, he said a little more than that but we’ve actually covered the process of Islamic conversion in another article which you should totes read, where we also mention that using such tactics highlighted is illegal would probably land those guys with a lawsuit or in jail.

So yea.. the question of whether or not they can convert you like that has been officially debunked by both logic and law.

But how did this rumor come about? This leads us to…

Question 2: Is this all Mahathir’s doing? Back in January this year, Mahathir announced the One Soul One Quran project by the Islamic Information and Service Foundation (IIS) that aims to distribute one million copies of the Quran translated into Tamil, Chinese, English and Malay to the public in order to combat Islamophobia amongst non-Muslims. These Qurans will also provide additional footnotes on verses which are commonly misinterpreted by non-Muslims to justify Islamophobic arguments.

“They like to portray Islam as a cruel, unreasonable or unjust religion and that makes non-Muslims in Malaysia afraid of Islam, when the reality is, there is nothing to fear.” – Dr. Mahathir, as quoted in The Star.

However, the group named in the rumors is Multiracial Reverted Muslims (MRM), which is an organization of reverted Muslims offering support to other reverts and for Da’wah, which is sorta like Islamic missionary work. They were originally called Malaysia Chinese Muslim as the founder is a Chinese-Muslim revert and… well, we assume the original members were Chinese la.

[CILISOS Fun Fact!] The reason why Muslims use “revert” rather than “convert” is because they believe that everyone is born with a natural faith in God (Fitrah), so when a non-Muslim embraces Islam, they are returning or reverting to that one-ness with God.

So what’s going on here??

Well, the MRM invited us to their office for a press conference to clarify the matter. When we asked them if they had any idea why MRM was named in the messages, founder Firdaus Wong said:

He suggests that it might be due to their high visibility in public, with the colorful van and outreach efforts, and the fact that they’re somewhat pioneers in this form of Da’wah in Malaysia.

*He was joking. Gambling is haram in Islam.

Also, part of their Da’wah efforts do involve the distribution of free copies of the Quran to members of the public who are interested. If you take this in consideration with the fact that the article commonly forwarded with the messages doesn’t mention the name of Mahathir’s project, there’s a pretty high chance that MRM’s missionary activities might have been confused with Mahathir’s “One Soul One Quran“. Writer isn’t the best photographer in the world

On this, MRM has stated that they aren’t part of the project, which has yet to launch, and their (MRM’s) own Quran project has been ongoing for at least a year before the announcement of One Soul One Quran. They also insisted that they don’t have the capability nor the desire to forcibly convert anyone and all free copies of the Quran were given without coercion. And no, you don’t have to give them your personal details unless you’re interested in receiving more reading material from them.

Well, mystery solved! Looks like some people got worked up for nothing…………. but why?

Are non-Muslims more wary when it comes to Islam?

From this writer’s personal experience, his Buddhist parents didn’t bat an eyelid when he came home with a Bible one day, but when he bought a copy of the Quran some years later, oooohboy did the questions start. My copy of the Quran

There’s no other way to say this nicely… most non-Muslims have been conditioned to be wary of Islam. Before you start flaming us though, let us clarify that this is on a general scale. We don’t really have much hard data on Malaysian perceptions, so hey, maybe u (non-Muslim) gaiz can help us out:

It’s sad to say that Islam hasn’t had the best of reputations in recent years, with the religion being linked to extremism, terroism, and most commonly nowadays, Islamic State (IS). We aren’t doing better on the local front either, with fatwas, Hudud law, and raids by religious authorities. Even at the time of writing, news broke that the Terengganu state government would be implementing an Islamic dress code for locals and tourists. Islam also hasn’t had the best representatives, with the more vocal ones constantly leaving a bad taste in most of our mouths (Ohai Ridhuan Tee!).

Most important of all though, so important that it deserves a paragraph of it’s own, is the “point” that once you convert to Islam, you can’t convert back and all your future generations will have no choice but to be Muslim (This isn’t entirely true, by the way).

But then again this has all to do with perception, to which, fine, mayyyyybe by reading the Quran and getting to understand Islam a little better non-Muslims would be able to get rid this conditioning. But maybe the problem doesn’t lie solely on educating non-Muslims about Islam, since…

Among the criticism from other groups on the distribution of free Qurans is that it can be seen as an attempt to convert non-Muslims by exposing them to Islamic doctrine under the excuse of “religious understanding”. There is also seen to a bit of a double-standard here when the the laws in the Federal Constitution prevents other religions from reaching out to Muslims even under same objective of mutual understanding. It’s also possible that the drama of the banning of the Malay-language Bible is still fresh in the minds of many non-Muslims. 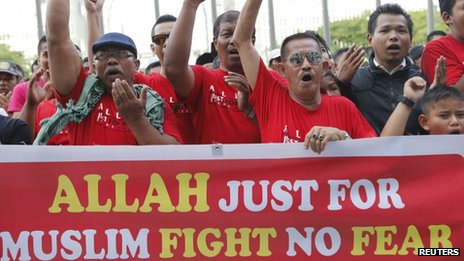 This initiative also sorta-kinda implies that the fault lies entirely with non-Muslims who “don’t understand Islam” when there are in fact Muslims in Malaysia who may not fully understand their religion either. While we could pull up a bunch of references on the internet to try to back this up, we’ll instead ask you to read the comments on CILISOS writer Ariff’s article on Fatwa. You’ll find that many commenters mistake Fatwas for being rules set by God when they are in fact formal opinions of religious scholars.

And so, Mahathir’s statement on misinterpretations of Islam being the source of misunderstanding and fear may be true, but it may not be reserved solely for non-Muslims. The point is that there are still Malaysian Muslims going off to fight for Islamic State, Muslims judging and berating their own brothers and sisters in Islam for not following what they deem to be the “right” form of Islam, and so forth.

Perhaps the efforts of achieving religious understanding needs to involve both Muslims and non-Muslims alike. 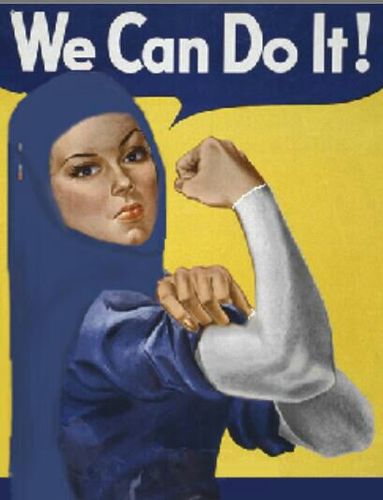 What the Quran has taught this writer

The Quran, much like other religious books, is a great source of wisdom and life lessons – for as long as a person takes the effort to seek it.

I remember walking to the bookstore near my grandparents’ house in Ipoh and asking the pakcik for an English translation. When I opened the copy he gave me, I noticed that it came with the original Arabic text. A page from my copy of the Quran

Thinking it might be harder to read (since I don’t read Arabic so it kinda just took up space), I asked the pakcik if he had a plain English version – and the pakcik said no. “Why not?” I asked. “Because,” said the pakcik, “Translations are done by Man and therefore might contain errors… but the original text is from God. It’s there so that you can always have the choice to learn God’s words for yourself rather than depend on the interpretations of others.”

And those words, from a pakcik in a bookstore in Ipoh, were my first lesson from the Quran.