[This article was initially written in BM by Soscili. Click here to read]

Not even one month into 2019 and all sorts of things are happening in Malaysia wei, like the Yang DiPertuan Agong (YDPA)’s sudden resignation, which means we’re gonna get a new YDPA. But in light of this, some peeps apparently got into hot soup with law enforcement for allegedly offending the former YDPA.

There’s even a guy who was mistaken as the other guy with the same name who insulted the YDPA. Screenshot from Facebook.

These peeps got punished.. because the netizens apparently told on them?

Back in 2017, a Facebook user nicknamed Catt Ginger posted a seemingly offensive edited photo of YDPA, which allegedly had a pig’s snout on his face, along with a caption wishing Hari Raya. So she got detained, but we couldn’t find out if she was prosecuted or not.

Last year, Shamsiah Samsudin, a housewife, faced trial in court because she allegedly shared a piece of false news that seemed offensive to the YDPA. She was charged under Section 233 (1) (a) of the Communications and Multimedia Act 1998 (Act 588) and punished under Section 233 (3) of the same Act. So, the court sentenced her to 8 months in jail.

And, in case you missed out, Eric Liew allegedly wrote a comment which seemed offensive to the YDPA on Facebook. His comment angered so many peeps that they apparently made it viral. Then, UMNO Youth allegedly paid a visit to Eric’s workplace, Cisco, to send a memorandum to the company to take action against him on grounds that Eric had violated the Constitution. UMNO Youth handing over the memorandum. Image from Sinar.

Besides Eric, a married couple Alia Astaman and Azham Akhtar were also accused of saying something that seemed offensive about the YDPA in a public Twitter exchange. Like Eric, the netizens allegedly made their tweets viral, urging their respective companies (TNB and PEMANDU Associates) to take action against them too.

So they got suspended in the mean time. The 3 offenders Eric, Alia and Azham were also detained by PDRM, as they were allegedly being investigated under the Sedition Act. But…

Since the detention of the three, many peeps seemed to have discussions about whether it was appropriate to charge them under the Sedition Act. The police statement of this case. Image from AmazingNara.

Looking back at the housewife’s case earlier, she wasn’t charged under the Sedition Act, but instead the Communications and Multimedia Act. So why does there seem to be a difference in prosecution?

Two politicians seem to think that the Sedition Act should not be used:

“We do not see the expression of the three individuals as belonging to the category mentioned, although the expression is fairly criticized. The decision of the police to detain them under the Sedition Act is against the Federal Government’s policy, and violates the moratorium imposed, and we urge them to be released immediately, “- said the 2 DAP youth leaders in a joint statement.

The Lawyers for Liberty (LFL) executive director Latheefa Koya also felt that the actions taken against the offenders under the Sedition Act was inappropriate. 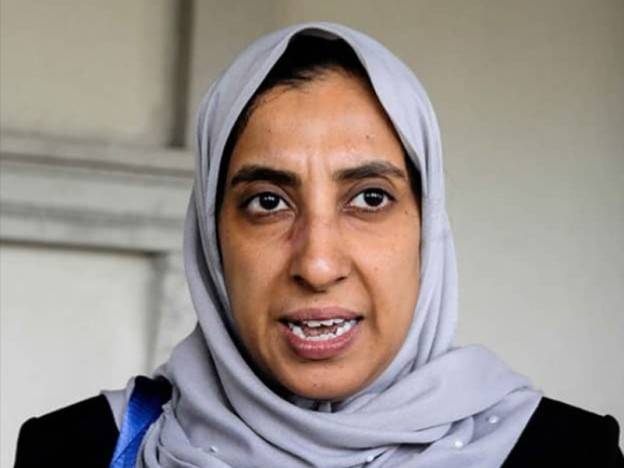 “The authorities must be more discerning when reacting to viral messages on social media, especially if the alleged ‘insulting’ post has been exaggerated; to do so would be tantamount to mob rule.” – said Latheefa Koya.

But, according to a Bar Council member Lukman Sheriff, YDPA has the highest priority in the Constitution. So, it seems as if insulting the YDPA is considered ‘hate speech’, hence the need to punish them.

“Freedom of speech can be restricted by a law that prohibits the question of any matter, rights, status, position, privilege and sovereignty of the kings. The contempt against the kings is a “hate speech” which is prohibited by law. This is the red line for our country. Our red light.”- Lukman Sheriff said on Facebook.

As a result of this issue, Tun M said that the words or actions construed as insults to the monarchy will be clearly defined. But at the same time, a minister in the PM’s office, Datuk Liew Vui Keong, apparently has plans to enact a new law to protect the monarchy.

NAH, BACA:
There's a job that lets you earn RM100 just by SPYING on stores?!

But, in the mean time, the Sedition Act seems to be here to stay..

Among the discussions about the abolition of the Sedition Act (as promised in PH’s election manifesto), there were some who said to keep it to protect the country and others who said to remove it because it’s been abused a lot and that other laws can be used instead. If found guilty under the Sedition Act – For the first offense, the offender may have to pay a fine not exceeding RM5,000 or be jailed for not more than 3 years, or both. The Sedition Act. Image from Utusan.

In an interview by us and our friends from AskLegal with Mustaffa Fazil (the executive director of the Communications and Multimedia Content Forum of Malaysia [CMCF]) last year, Mustaffa explained why it’s important for Malaysians to control what they write and share online, and also how to go about it.

According to Mustaffa, if you wanna exercise your right to free speech, you gotta self-regulate by thinking before you write or share something online, and checking the facts, with the help of Snopes and Sebenarnya. Whether the Sedition Act is still around or not, perhaps it would be safer for you to do so.

That’s if you still wanna voice out your opinions. But if this whole Sedition Act issue is scaring you, then, as implied by former LFL executive director Eric Paulsen, maybe you can just stick with posting photos of cute kittens for now..