Before this, Malaysians were talking about Dr Ganja, the drug dealer who got arrested by PDRM for openly promoting his marijuana-laced products. But it looks like there’s a new, naughty plant people are talking about now: ketum.

What is ketum anyway?! It’s otherwise known as Kratom in English (or if you want to be fancy, the scientific name Mitragyna speciosa), which is a kind of tropical tree found in several Southeast Asia countries, including Malaysia. For centuries, ketum leaves were used as a herb in traditional medicine. It’s also a pretty controversial plant because it gives users the same effect as opium does, but has not been banned yet.

More on the plant later, but for now, what are people saying about it? Air ketum that got confiscated by Agensi Antidadah Kebangsaan (AADK). Img from malaysiaaktif.my

Recently, the chairman of the Rubber Industry Smallholders Development Authority (RISDA), Datuk Zahidi Zainul Abidin, is suggesting we commercialize this plant and start exporting it on a large scale. They want Malaysia to copy our neighbor, Indonesia, who is one of the world’s largest exporters of ketum. But Datuk Zahidi ain’t the only one – Natural Resources and Environment Minister, Datuk Seri Wan Junaidi also thinks that banning the studies on ketum would be of great disadvantage to the country.

“Don’t ban the intake and research because if ketum is banned, we will suffer losses as other countries do not have this high-value plant” – Natural Resources and Environment Minister, Datuk Seri Wan Junaidi Tuanku Jaafar,  during a press conference at Parliament, via MIMS Today

Studies show that ketum has the potential to treat drug addicts The most common way of consuming these leaves are by first boiling them, then drinking the water. Others also chew the raw ketum leaves, kinda like betel leaves. It’s also commonly believed that ketum leaves give you energy and make you more alert and awake.

After drinking air ketum, you immediately become the Rock. Gif from giphy

“Yes, ketum and morphine are similar, with the same effect. It makes users energetic, has analgesic properties (relieves pain), can be used for insomnia… it has many uses.” – Deputy Health Minister, Datuk Seri Dr Hilmi Yahaya, via MIMS Today.

Last year, Universiti Sains Malaysia (USM) found that ketum actually has the potential to be a painkiller as well as as a substitute for methadone (an opioid commonly used to treat heroin addicts) in drug addiction therapy.

“I think we need to find an alternative to methadone and ketum could be it. People that consume ketum aren’t drowsy after taking it, like those on methadones” – Dr Rusdi Abd Rashid, via Malaysiakini.

Don’t end up like this guy! Gif from giphy.

Maaaybe you’ve heard of people mixing ketum leaves with weird stuff like chewing tabacco, alcohol, caffeine, Panadol or even cough syrup… Anyone consuming ketum should know the leaves have their own chemical components, so there should be some precautions when taking it. The side effects of ketum are also mostly dose-dependent, which means it depends on how much you consume.

“Around 10-25g of dried ketum leaves can cause sweating, dizziness, nausea and discomfort at the beginning. After that, ketum’s effects change and you feel calm, happy and dream-like which can take up to 6 hours” – Dr Mohd Rushdan Md Noor, via Fakta Sains

Misusing ketum leaves can affect the heart and immune system of a person. Like any other drug, consuming a lot of ketum leaves can cause addiction. When you’ve become addicted to it, you might experience some… not so great side effects like body weakness, nausea, muscle cramps, insomnia and even hallucinations.

Cases like these are even more dangerous if you mix ketum leaves with other stuff, where it can cause death. Like what happened in Sweden, when NINE people died because they mixed ketum leaves with tramadol medication (this mixture is often called ‘krypton’) for a cheap high. Ketum is actually legal in most European countries. 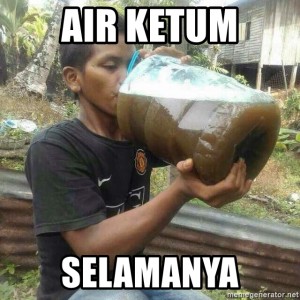 Don’t do this if you wanna live, gais! Img from soscili.my

You can sell ketum for up to RM236 per kg overseas?! In a statement released by Datuk Zahidi, ketum is a very valuable plant, especially in other countries. Ketum-based products are already widely used in the US and Europe as an alternative medication or as a cheap drug. It’s currently being sold at a very high price overseas – dried or powdered ketum leaves are selling for between USD50 to USD60 per kg, which means around RM197 to RM236… and that’s only one kilogram. Datuk Zahidi said  that Indonesia is making hundred of millions of ringgit per year from exporting ketum leaves. An ex-engineer was also arrested for making a whole lotta cash by exporting ketum powder illegally into Europe. The suspect was trying to pass off the powder as ‘inai rambut’ aka henna you can use to dye your hair.

“Ketum plantations in Kalimantan, Indonesia are making RM10mil per month while we’re still fighting and debating over this issue”– Datuk Zahidi Zainul Abidin, Chairman of RISDA, via Metro.

Deputy Health Minister Datuk Seri Dr Hilmi Yahaya said the potential banning of ketum was due to the widespread abuse of the plant. In Malaysia, using ketum for medicinal purposes is actually illegal! Ketum is listed under the Poisons Act 1952 in 2003, making it a highly controlled substance. Whoever is found to be importing, exporting, selling or in possession of it without permission can be fined up to RM10,000, jailed for 4 years or both. So it’s probably a bad idea to start planting any ketum trees in your backyard.

BTW, this house in Changlun, Kedah was raided by Agensi Antidadah Kebangsaan (AADK) in 2017 for illegally processing ketum with the intention to export it overseas to countries like Thailand, the US and Europe:

Soo… will the gomen allow Malaysians to plant ketum commercially?

There’s some scientific data to back them up on the benefits of using ketum as a traditional medicine and exporting ketum commercially could potentially be a pretty lucrative boost to our economy. Professor Dr Azizi Ayob from I-Medik is asking the gomen to do more research into identifying the basic chemical components found in ketum, extracting them and conduct proper scientific testing before they decide whether to ban the substance. He’s also asking for the research to first be patented as the country’s intellectual property as there is a severe lack of scientific research done on ketum.

Legalizing ketum as a commercial plant can benefit over 500 thousand small farmers across the country, earning around RM1,000 per acre.

“If we look at profits, we can take palm oil as an example. Palm oil makes around RM100-RM200 per acre but if we plant ketum, farmers can around RM1,000 per acre. Malaysian farmers can make even more if we use foreign currency. Commercializing ketum can really help small farmers -” Datuk Zahidi Zainul Abidin, Chairman of RISDA, via Astro Awani.

According to Malaysiakini, there’s been some rumors of the gomen legalizing ketum plantations circulating. Discussions between RISDA and other relevant agencies like AADK, Persatuan Mencegah Dadah Malaysia (PEMADAM), the narcotics division of PDRM and MOH are coming to its final stages. In the next few months, RISDA plans on having discussions with Parliament and Dewan Negara to form a special committee to regulate ketum plantations and debate potential licensing with the National Poison Centre. Whoa… got so many types of ketum products found in the market. Img from the Huffington Post.

However, there’s been nothing concrete and it’s still an ongoing debate among the various governmental agencies – even if it does happen, it’s going to be a really long time until we see ketum being legalized. A lot of people are protesting the suggestion made by RISDA – PDRM strongly rejected this suggestion and the Home Ministry in a statement banned commercial planting of ketum.

The Health Ministry stated that there’s more potential side effects from consuming ketum than benefits. MOH is now seeking a total ban on the sale, possession, use and planting of ketum this year but they haven’t set any laws in stone quite yet. It’s mostly just motions to ban the substance. 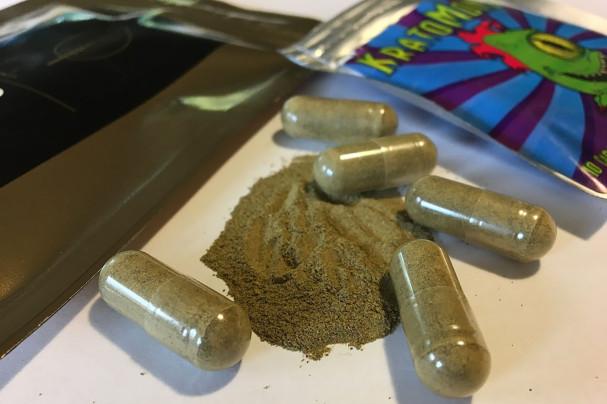 Ketum pills sold in the US. Img from New York Post.

Kinda like cough syrup, the idea was to help people until it ended up in the wrong hands. The main issue of legalizing commercial planting of ketum is still regulating or controlling the substance – in fact, the RISDA chairman had made the suggestion that any profits made by ketum plantations be invested into preventing abuse of ketum within the country.

Any efforts for legal ketum plantations is still in the process, even after years of discussion. But it doesn’t look like the gomen will be rushing into make any major changes on the legal status of ketum anytime soon with so many still against the idea.

“If the gomen allows research into ketum, we could start exporting ketum. But we don’t have permission from the relevant agencies. We have the experts, the experience and the machines required to make it happen, so we’re just waiting for a license” – Prof Dr Mustafa Ali Mohd, from the University Malaya Specialist Centre (UMSC), via Malaysiakini.

The gomen is expressing their concern that allowing ketum plantations will create more widespread abuse of the plant, especially among youngsters. The Education Ministry has recently raised concern over its popularity among pupils in schools in the northern states, while the AADK has found a trend of youngsters creating their own ketum cocktails to get high.

How you consume ketum is important la – don’t decide to get creative and start mixing ketum with all kinds of different stuff, because chances are you’ll end up getting some pretty bad side effects. And until the gomen legalizes the use of ketum, you should probably avoid it too… unless you wanna get arrested by the AADK.