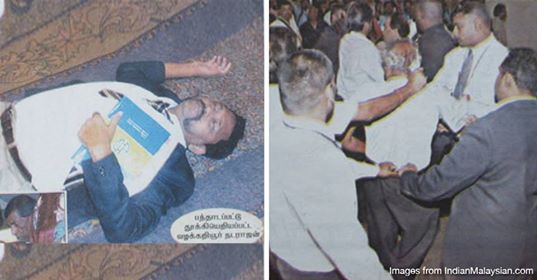 With all the hoohah about 1MDB, the Sarawak Report and Billion Dollar Whale, we couldn’t help but wonder what other scandals have happened in Malaysia that some of us may not have known about. Last week, we covered a decade old scandal related to the Port Klang Free Zone (PKFZ).

This week, we’re gonna talk about a scandal related to Maika Holdings, which was under MIC [the Malaysian Indian Congress, not M-I-C-K-E-Y M-O-U-S-E]. Most of us would not have heard of this scandal since it happened more than two decades ago but several calls have been made recently for a probe into this issue. Our PH-led govt is thinking of investigating it.

But first, what was Maika Holdings?

It’s simply an investment company opened in the 80s to empower the Indian makkal (makkal refers to rakyat), especially those from less fortunate walks of life, to improve their financial situation. So it had nothing to do with getting mayakkam (giddy in Tamil). We couldn’t find its website but, according to Bloomberg, Maika was involved in a range of services such as construction, satellite data communication, ICT-related stuff, general insurance and financial management. 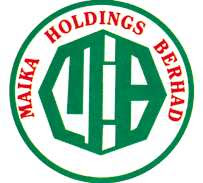 An article on Malaysiakini claimed that Maika Holdings was highly regarded as something that will give the poor Indians salvation from their tough lives and hope for a better future. Faced with such prospects, most of the investors who consisted of traditional MIC supporters and working class Indians seized the opportunity to get on board.

According to another article on Malaysiakini, the investors were told to use every fortune they had to invest in Maika. They sold their properties, jewellery, cattle, everything they had that they could sell to generate cash for investment and also dug into their life savings and borrowed loans. Why were they so willing to go to that extent? Because they had so much faith that the company would give them huge gains. 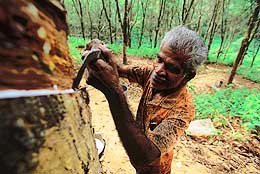 Among the shareholders were rubber tappers. Image from Tamilzh Kural.

As a result of successfully getting almost 66,400 shareholders, Maika managed to raise RM106 million by 1984! And guess who the largest individual shareholder was? From what we found, Samy Vellu, holding almost 2.8 million shares. Maika was said in a letter to Malaysiakini to have one of the biggest cash reserves among Malaysian companies, soooo big that if it was properly run, it would have been a billion dollar  company by now.

However, the investors have experienced nothing but betrayal and losses. What was promised to them was not fulfilled because…

One issue in particular captured the attention of the mass media when some of us were still kicking our moms’ wombs. A Malaysiakini article said that, in 1990, when Telekom was seeking an initial public offering (IPO), Maika was one of the companies offered to buy Telekom shares. People thought that Maika bought the 10 million Telekom shares that Maika promised to get. But nooooooooo… In 1992, news sources revealed that Maika only got 1 million shares!

The same article alleged that Samy Vellu tried to insist that Maika’s cash flow problem was behind this shortage but one of the directors hinted otherwise. In fact, Samy Vellu advised against giving all the 10 million shares to Maika and said that Maika deserves to get only 1 million while the remaining 9 million have been allocated equally to “other MIC bodies” which were SB Management Services Sdn Bhd, Advanced Personal Computers Sdn Bhd and Clearway Sdn Bhd, aaaaaallll under Samy Vellu.

“I could have given all the shares to Maika Holdings if not for their past business record. They don’t deserve 10 million shares because of the dismal performance of the Maika management.” – Samy Vellu told NST in 1992.

In 2004, PKR lodged a police report on documents containing Samy Vellu’s involvement in this scandal. The then PKR Youth chief Faisal Sanusi shared that details of the allegations arose from a letter, written in 1994 by the former chairperson of MIC PR committee V. Subramaniam, accusing Samy Vellu of hijacking the Telekom shares.

In case you forgot how Samy Vellu looks like. Image from The Star.

But nothing was done by the police and Anti-Corruption Agency (ACA). Journalist Susan Loone wrote that photocopies of Samy Vellu’s bank statements obtained by Malaysiakini showed that millions of RMs were transferred between March and May 1992 (the same time this scandal was going on), but she added that it still wasn’t clear if this claim about his bank statements were true.

“The documents show him of having assets far beyond what a minister would hold on his normal salary.” – said Faisal.

The Malaysiakini article also claimed that, with the funds raised by Maika, the MIC gang bought good companies and messed them up by appointing their own fellas while wasting their profits on big-big parties and then, closing down these companies. During its 24th annual general meeting (AGM) in 2007, Maika was reported to have lost a total of RM9.03 million by the end of 2006, with debts owing to Danaharta and CIMB according to The Star. Aiyoyo…

Finance Twitter wrote that many members felt that the Maika board purposely chose to hold the AGM on Merdeka Day (2007) at the Sime Darby Convention Centre in Mont Kiara which is “too far from the city centre” to discourage many shareholders from showing up. But the ugly part has yet to come. 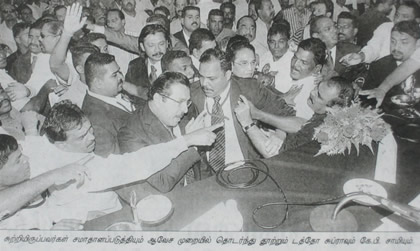 According to Malaysiakini and Finance Twitter, the AGMs would involve a bunch of fights between rival groups and attacks against defenseless attendees. Sources even alleged that people who raised questions about Maika were threatened or whacked by gangsters!

The Malaysiakini article narrated an instance where a Maika shareholder asked Samy Vellu about the position of Maika at a MIC meeting. Guess what happened? Samy Vellu replied that he would answer his question after their makan break. During the break, two gangsters allegedly confronted the shareholder and told him that if he wanted to go home in one piece, he “better go home now”. When the meeting continued, Samy Vellu allegedly called for the shareholder to repeat his question but since he wasn’t there anymore, the meeting carried on without any more mention of Maika. 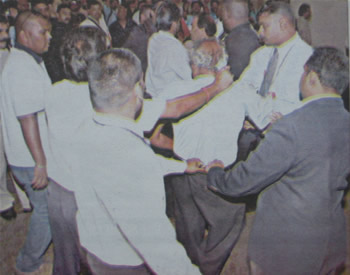 “Some men behaved like thugs, dragging people out. This is not at all like a shareholders’ meeting,”- said G. Rajasingam, a lawyer.

To see why Rajasingam said so, here are some of the incidents of violence related to Maika that Malaysiakini and Finance Twitter alleged: 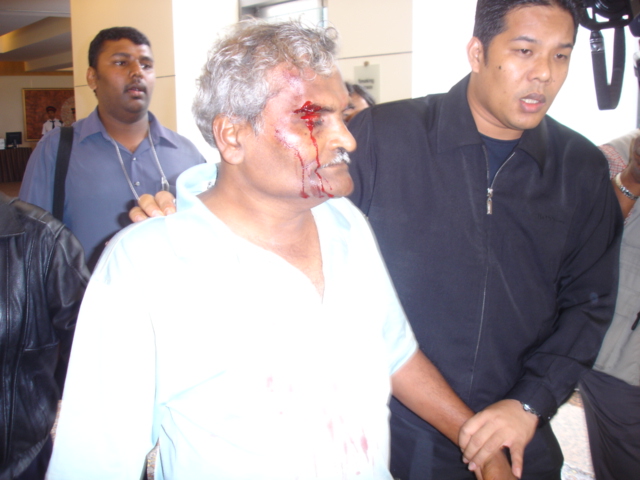 This actually happened at an AGM. Image from Kabilan K.

Despite this, Vell Paari said that he wasn’t aware of anyone being escorted out or threatened, or of any violence. Hmmm… But still, it’s not a surprise now to know that MIC is considered by the writer of an article on Malaysiakini as the most violent political party in Malaysia.

The makkal remains in somewhat of a misery

For a very long time, it had seemed like Samy Vellu maintained his iron grip on MIC where he called all the shots. The Star reported that Samy Vellu was the MIC president for 31 years (from 1979 to 2012).

“In the time that I was in government, I only saw one leader. There was no change. And once he’s there you can’t change him. And what he does, his followers support. Otherwise he won’t be there,” Dr M said passive-aggressively without mentioning any names although it was pretty obvious that he was referring to Samy Vellu.

In a letter to Malaysiakini, the anonymous writer wrote that MIC has become a party that serves only its leaders, at the expense of the Indian community that they were supposed to serve. The same letter said that maybe it’s becos the Indians are so deprived of their rights here that Samy Vellu can do anything he wants without consequences.

The Indian community. Image from The Malaysian Times.

Luckily, tycoon G. Gnanalingam and S. Kunasingam are trying to help the shareholders get back their wealth. In 2013, The Edge reported that their company G Team Resources & Holding Sdn Bhd took over Maika and then, in 2015, they agreed to manage Maika’s debts and give back to the shareholders their lost investment returns.

As for everything else faced by the Malaysian Indians, although a task force is set up to review projects to serve them, fulfilling their rights as citizens is still a huge work in progress.