Quick, think of a political scandal! If you answered 1MDB, then well that makes sense, since we are being bombarded with news about it day in day out these days. But while most people are talking about that, a certain poopoostorm of a financial scandal has suddenly resurfaced. Call it a blast from the past if you will, but among all those headlines about 1MDB, Najib and Jho Low, you might have missed this:

You might be forgiven for ignoring that bit of news, like, who’s Phang and what’s this PKFZ thing anyways. Well, OC Phang, a former general manager of the Port Klang Authority (PKA), has been ordered by the High Court to pay back damages to the PKA regarding the financial losses made during the Port Klang Free Zone (PKFZ) controversy. But why is this important again? Well maybe because the PKFZ scandal implicated two former Transport Ministers and involved billions of ringgit lost. 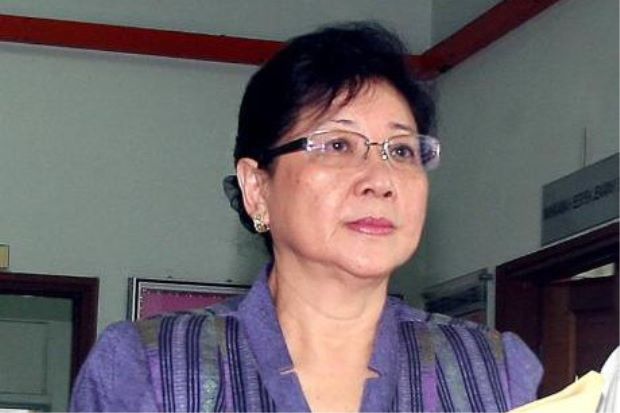 Now we know most of y’all probably don’t remember the details of the whole PKFZ shenanigans, especially in light of the more recent financial scandal that involved a *cough* billion dollar whale *cough*. To understand why a woman named Phang losing a court case is pretty significant, let’s take a trip down memory lane to a time when the Spice Girls ruled radio.

The project was supposed to inject life into Port Klang

The Port Klang Free Zone (PKFZ) began in 1997 as an idea by then-Transport Minister Ling Liong Sik to create a ‘regional integrated cargo distribution and industrial park’ in Port Klang. It had some lofty ambitions – PKFZ was to be a one-stop center for companies to get in touch with relevant govt agencies, a hub to connect to over 120 countries and 500 ports, with less logistics headaches thanks to it being near KLIA too. With such high hopes, the govt approved the project in 1999.

And uh, yeah. That’s pretty much the start of a very unfortunate series of events. When the plan to build the PKFZ came about, the initial estimate for the overall cost to do it came to about RM1.9 billion. That was in 2001. When the project was completed in 2006 tho, the final bill for everything came to a whopping RM4.6 billion.

That the development costs skyrocketed that much is one thing, but there were also reports that the contractors double billed for their work. And then there was the weird choice of buying the land used for the PKFZ at RM25 per square foot when the-then A-G said the land could’ve been bought at RM10 per square foot under the Land Acquisition Act. Add to that the fact that when an audit was done on the whole PKFZ saga, the total cost of the PKFZ once interest payments were included jumped to RM12.5 billion(!).

Just a few more million swipes and he should be able to cover the PKFZ costs.

Now you can bet when news broke of the ridiculous jump in costs people started asking a bunch of questions. How did the costs jump so high? Who were the contractors? Who’s paying for it? Where did the money even come from?

So apparently, according to former journalist R. Nadeswaran who first broke the story, here’s how the whole PKFZ mess up happened. The Port Klang Authority (PKA) is the govt agency in charge of regulating and overseeing – surprise, surprise – Port Klang. So when the govt approved the Port Klang Free Zone project, the PKA turned to the KDSB Sdn Bhd and made them the turnkey contractors for the PKFZ project.

Now in order to build it, KDSB needs money right? So they tried to take a loan from the banks. Cannot. The banks wanted a guarantee before they let KDSB touch any money. Here’s where it got a lil fishy: in a bid to ease the process, the govt ended up being the guarantee the banks wanted. The Transport Minister Ling Liong Sik, signed off a letter that apparently guaranteed the loan to KDSB in the form of bonds. Ling’s successor, Chan Kong Choy, also did the same thing a few years later. KDSB ended up raising RM3.8 billion thanks to these loans. Ling Liong Sik on the left, and Chan Kong Choy on the right. Images from FMT and Antarapos

However, when it was time to pay off these loans, the PKA couldn’t believe how much KDSB was charging for the project. It also didn’t help that the newly-opened PKFZ struggled to get investors and couldn’t afford to pay back KDSB. The banks who gave out the loans meanwhile said that the letters from the govt (signed by Ling and Chan) meant that the govt was to make sure that the PKA will keep paying KDSB on time. Without much of a choice, the govt had to bail out the PKFZ and loaned them the money they needed to pay off the debt.

NAH, BACA:
This girl shares what it's like growing up as a MalayChIndian in a Chinese school

The deal was that the govt would bail them out and the PKA is to pay back the money to the govt in the long run. The PKA however never actually saw any of the money that was loaned from the banks to KDSB, so you may be wondering why they suddenly got dragged into paying back the govt. Well, according to the then-PKA chairperson Lee Hwa Beng, the instruction came from the A-G’s Chambers, and if PKA didn’t agree to pay up he might’ve gone to jail. With the massive burden of debt suddenly put onto them, the PKA is expected to lose about RM40 million per year for three decades.

This writer trying to comprehend what happened asdfghjkl.

Such a massive mistake that lead to billions of taxpayers money being used was bound to lead to an investigation. When it was Ong Tee Keat’s turn to be the Transport Minister in 2008, he made calls for an audit on the PKFZ as well as asked a law firm to investigate who may be criminally liable for what went down. Following these investigations, the-then Prime Minister Najib set up a task force to investigate the PKFZ issue further.

We didn’t hear much from the task force after that. However, we did see a few VVIPs get charged… only for all of them to be acquitted.

The scandal without anyone responsible

In 2010, former Transport Minister and the man who started it off Tun Dr Ling Liong Sik was charged with cheating the Malaysian government. Remember earlier we mentioned how the land for the PKFZ was bought at RM25 per square foot despite the option to have gotten it at RM10 per square foot? Well because of that, Ling was charged with cheating the govt into approving the land purchase despite knowing it would lead to losses for the govt.

Meanwhile, the Transport Minister after him, Chan Kong Choy, was charged in 2011 with cheating the-then Prime Minister Abdullah Ahmad Badawi regarding the PKFZ issue. The charge accused Chan of cheating Badawi into approving KDSB as the turnkey developer for the PKFZ construction, as apparently he didn’t make it clear to the-then PM that it would involve taking some huge loans. Other people charged include former PKA general manager OC Phang and KDSB employees Law Jenn Dong, Bernard Tan Swee Seng and Stephen Abok. 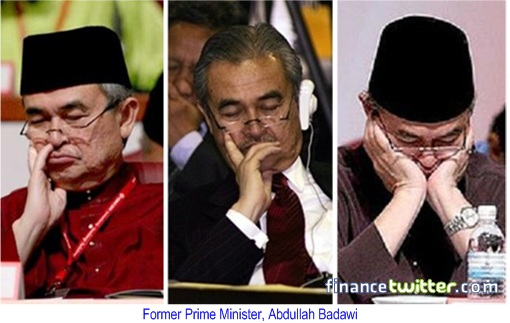 Maybe Badawi didn’t know cos he slept thru the meeting…? Image from Finance Twitter

Ling Liong Sik was eventually found not guilty as the court found reasonable doubt in his case, plus it probably helped that a certain Dr Mahathir was a key witnesses siding with Ling. Furthermore, Chan Kong Choy was acquitted of all charges when prosecutors decided to drop the case. Prosecutors also dropped charges against OC Phang, who had been charged with criminal breach of trust. As for the KDSB boys, the court decided that there wasn’t even a strong enough case against them in the first place. This pretty much leaves no one found responsible for the case.

Now we know we mentioned earlier that OC Phang was found to be financially responsible for the losses. However, that was in a civil suit against the PKA, who wanted to recoup the money lost during the PKFZ construction. The govt meanwhile hasn’t found anyone guilty in a criminal court, because, as mentioned earlier, all of those charged were either found not guilty or acquitted.

Live images of all the confused readers reading this.

In any case (pun not intended), the PKFZ scandal remains unsolved to a certain extent and Malaysians still have no answer over who’s responsible for the huge losses. That’s perhaps why it’s still pretty newsworthy to report on Phang’s loss in the case against the PKA, even if it still doesn’t give us a proper answer over who did it.

Perhaps it’s time for further investigation into the matter seeing as the Bank Negara forex scandal of the 80s recently had a Royal Commission of Inquiry formed to investigate the scandal last year, so why not the PKFZ issue too? Even if we can’t recoup the money, it’s probably only fair that we get down to the bottom of it to prevent such incidents from happening again.

As they say, those who forget the past are bound to repeat it.