Ever since the general elections last May, you could probably say that former Prime Minister Najib Razak has been going thru a, um, rough patch to say the least. From being charged with various counts of money laundering and criminal breach of trust to having his favourite chocolates be eaten by some mysterious forces, it’s probably safe to say Najib’s having quite a lot of issues to deal with at the moment. There could soon be a lot more on Najib’s plate to deal with too, except only this time, it’s Najib himself calling for more investigations – but not about money or chocolate tho. Instead, Najib has been making calls for the govt to create murder inquiries into the deaths of Kevin Morais, Hussain Najadi, Altantuya Shaariibuu and Teoh Beng Hock.

Now we know some of you are probably confused as to why Najib is suddenly making these calls, especially into cases that he’s been linked to. Well it might be because just over a week ago, Najib’s apparent link to these these deaths came back into the spotlight during the trial of one of the accused in the murder of Kevin Morais.

S. Ravi Chandran, the seventh and latest person accused of murdering deputy public prosecutor Kevin Morais told the High Court that he was offered RM3.5 million by Najib if he plead guilty. He claims that a Prisons Department officer made him the offer, apparently acting on behalf of Najib. Ravi Chandran also claims that the younger brother of Kevin, Richard Morais, offered him another RM2 million to admit guilt.

Now this of course is pretty shocking news, like, did Najib just get thrown under the bus, or did he actually offer that money? Well, Najib certainly wasn’t happy about it, especially regarding the way it got reported in the local press.

Najib responded, saying that the way the press reported it makes it seem as tho all seven accused made the claim that Najib offered them money to keep things hush hush when it actual fact only Ravi Chandran did so. On top of that, he points out that the first time his name was even linked to the Kevin Morais case was made thru the Sarawak Report and not thru the investigations itself. Regardless of how the press reported it tho, one thing was certain, which is that news of Najib’s supposed involvement in the case began to spread and sparked conversation. It also piqued the interest of a certain Lim Kit Siang, who then started to call on the govt to perhaps reopen the investigations and form special inquiries into these deaths.

When Lim Kit Siang made these calls, he had a strange fan in the crowd – Najib. The former PM replied, saying that the govt should indeed open up murder inquiries into these deaths, altho it’s perhaps because he wants justice served… for him.

Yes, we pictured Najib jigglin’ on a lawnmower. No, it’s not a pretty sight.

NAH, BACA:
21 Malaysian commenters on Facebook – which one are you?

According to Najib in a Facebook post, it’s high time that justice is served for him. He claims that after years of accusations about his supposed involvement in these mysterious deaths, forming murder inquiries and reopening investigations into the case will prove his innocence while also serving justice for the victims and their families.

“It has crossed 10 years, and I’ve been accused by Pakatan Harapan and their propaganda specialists of being involved in the murders of Altantuya, Morais and Hussain. It is now time for justice to be served to me, the victims’ families, and to give room to all the Malaysian people who have accused and defamed me to regret what they have hurled (at me),” – Najib, as quoted by Malaysiakini

Najib added that, specifically regarding the case of AmBank founder Hussain Najadi who was shot dead in a carpark in Kuala Lumpur in 2013, it was Lim Kit Siang who first made the link between the shooting and the 1MDB scandal two years later, thus roping Najib into the question. And as it turns out, that’s true, as Lim Kit Siang wrote in 2015 that he wanted the then-IGP Khalid Abu Bakar to investigate if Hussain’s death could be related to him discovering large sums of money going in and out of Najib’s personal accounts. Najib however would point out in his Facebook post that Hussain sold all his AmBank shares in 1982, meaning that he no longer had a link to the bank for three decades until his untimely death. He then argues that, with Pakatan Harapan now in govt, they’re now the ones responsible to investigate the matter and that *wears tinfoil hat* with no action taken so far they plan to use this issue to slander him in the future.

“It must be remembered that slander is a bigger sin than murder. Therefore, I want all these allegations of murder against me to be investigated and decided on, so we know who has truly sinned,” – Najib, as quoted by Malaysiakini

The feud between Najib and Kit Siang would go on for a bit, with the DAP veteren showing surprise at Najib’s quick agreement to his call for an inquiry, and him pondering if justice only matters to Najib now that he’s out of power.

Najib would then reply, pointing out that during his time in office the case of Teoh Beng Hock did in fact get a Royal Commission of Inquiry, while the Altantuya and Hussain cases went on in court for years. The case of Kevin Morais’ murder meanwhile is still going on in court. While our politicians may continue bickering like an old married couple, the fact remains that…

While the calls from both Lim Kit Siang and Najib to reopen the investigations and form special inquiries into the above mentioned deaths came about in the past week, in one of these cases at least, progress has already been made.

In July, the Attorney General’s Chambers ordered the police to reopen and conduct further investigations into Teoh Beng Hock’s 2009 death. IGP Tan Sri Mohamad Fuzi would later state that the police will comply with instructions:

“I confirm that I received the instructions yesterday. Once we have completed that, we will resubmit our findings to the AGC for further action,” – IGP Fuzi, as quoted by The Star 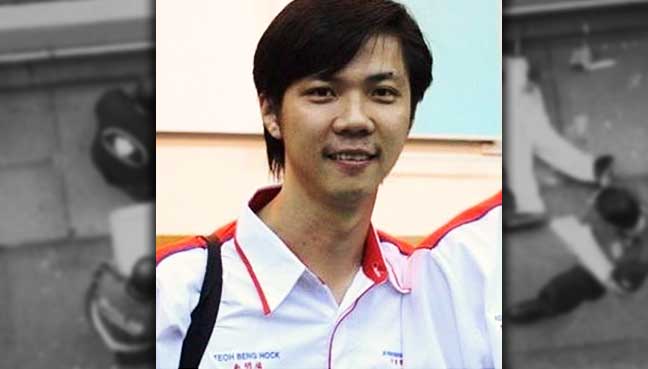 As for the other three cases of Altantuya, Kevin Morais and Hussain Najadi, while the reopening of their cases and forming of special inquiries may not change the current verdict on their deaths, it remains a good first step towards providing some closure for their family and friends. It’s bad enough they lost a loved one, and we perhaps shouldn’t keep them in the dark over the truth regarding their deaths.