If you ever watched Mission Impossible or Casino Royale (not just that scene from the pirate DVD’s), you could almost be sure that the bad guys are always after something big. It could be priceless gems, world domination, or nuclear weapons. But who knew there could be a multi-million ringgit heist on the high seas, happening right here in Malaysia? And we’re NOT talking about drugs…

Cameron Highlands has its own tale of a English spy codenamed 007… But in this story told from the very waters of east of Johor, the villains are after something totally unexpected that’s also worth millions of dollars…

This is a story about guns, smugglers, sea cucumber raiders, and a bunch of rocks that might hold the answer to stopping them.

So here are the facts… Vietnamese fishing vessels have been accused of poaching sea cucumbers, giant clams, and shark fins in the territorial waters of several different countries in the Pacific. Image via Nikkei Asian Review, via Australian Border Force

The Star reports that on 23rd May this year, the Johor Fisheries Department caught three Vietnamese fishing boats and 22 men with RM5mil worth of sea cucumbers.

The Vietnamese raiders work in groups—some armed with parangs and firearms—to cross the 1,400km gap between the territorial waters of Vietnam to an undisclosed location east of Johor. Tens of small boats followed by a bigger mothership that uses high tech navigation to reach their target destination. Vietnamese fishing boats in a harbor in Nha Trang. Photo from wiki commons.

The raiders, without their weapons, are ordinary fishermen. But armed with bigger ships, firearms, and the backing of well-funded syndicates, they encroach on Malaysian fishing grounds with impunity. The mothership waits in international waters as the small boats disperse to gather their nets.

According to The Star, they use environmentally-destructive pukat harimau nets to haul in load after load of precious cargo: sea cucumbers. Their small fishing boats can only carry so much—so they take it to the mothership which is equipped with freezers and cold rooms, and a much bigger hold.

If the Malaysian border patrol shows up, they’ll simply drop their nets and make haste towards the mothership, in international waters. There, the MMEA (our coast guard) have no jurisdiction, and therefore cannot arrest them. These operations can last for months, with their total haul accounting for up to millions of dollars. The mothership’s cold storage capabilities let them carry it as far as China, where it is in high demand among the expanding wealthy class.

Sea cucumbers are not the only resource they are after… Nikkei Asian Review, Rappler, and The Malaysian Insight reports that giant clams and sharks (even endangered species like the tiger shark) are also being poached by Vietnamese fishermen. All three reports were published fairly recently… the last two were in August 2017. A dead tiger shark found aboard a Vietnamese fishing boat in Philippines. Photo by PAO WESCOM, via Rappler.com

Vietnamese poachers operate in the jurisdictions of at least 8 countries, including:  Malaysia, Indonesia, Philippines, Palau, the Federated States of Micronesia, Papua New Guinea, Australia and New Caledonia. They can go as far as 7,000 miles away from their homeland.

Their actions of poaching are not only taking a toll on the environment, but also hurts local fishermen, some of whom claim to have lost more than half of their earnings. Not cool fam.

The incident affected the livelihood of more than 40,000 workers in Vietnam, many of them who rely on their catch to feed their families. Perhaps that’s what’s driving them here or to other countries to fish.

However, there have been reports of Vietnamese boats stealing sea cucumber in Malaysian waters since 2015, BEFORE the toxic leak incident. So the environmental disaster does not fully explain why they’re doing it…

But why are they going after sea cucumbers?

According to Nat Geo, Sea cucumbers are important to the local ecosystem due to their role in cleaning up the sea floor. They are small and soft creatures that  look like land cucumbers… The differences can be subtle. Make sure your cucumber isn’t fascist.

Sea cucumbers are like the earthworms of the sea, sucking up waste materials and breaking it into even smaller pieces for bacteria to eat and therefore form an important link in the ecosystem’s food chain. But here’s one more thing you might not know… These innocent floppy sea creatures can be worth anywhere between $400 to $2500 USD for a kilogram of dried sea cucumber, depending on the quality and source.

In Malaysia we often see it served at weddings or in Chinese medicine shops, where it can be sold for as much as RM3200. Practitioners of traditional Chinese medicine believe it can help cure constipation, problems associated with aging, impotence, and kidney deficiency. Some even claim it can cure cancer!

So what about our sea cucumber being stolen, isn’t this against the law? Well, yes absolutely. But we all have jobs don’t we? We can’t be out there protecting our cucumbers from crazy sea raiders…

But there’s someone who can.

The MMEA are like the Guardians of the Galaxy except they guard… our coast. Well more than that la, their full name is actually the Malaysian Maritime Enforcement Agency. Ever heard of the US Coast Guard? They seem to appear in a lot of movies actually… here’s a full list.

The MMEA hasn’t appeared in any movies yet.. But maybe that’s because they’re too busy keeping our coasts safe, conducting search and rescue, and maintaining law and order on the high seas… at any and all coasts (see what I did there) MMEA personnel doing a boarding demo on a ship that was previously hijacked. Photo by The Star.

They have their own special forces unit called STAR (Special Task And Rescue), which responds to hostage situations in shallow waters under the authority of MMEA. This unit is one of the first responders to tackle piracy, drug trafficking, terrorism, and robbery threats at sea—a responsibility they share with Navy and Police special forces.

It is also MMEA‘s job to stop foreign fishing vessels from encroaching on our fishing grounds. According to The Maritime Executive, the MMEA has arrested 70 Vietnamese fishermen since April, and had 22 instances of stopping Vietnamese boats conducting illegal activities since January. Many of them are part of Vietnamese syndicates operating in Malaysian waters and shores, using Sabah registration numbers to pose as Malaysian boats. “We will confiscate the boats and not return them.” – Chief Minister of Sabah, Musa Aman

And the Chief Minister of Sabah is not going to stand for it.

“There are no forgiveness on this matter. We do not allow any foreign vessels into our waters even from Indonesia and the Philippines. We are aware many of them want to fish on our waters. But we will confiscate the boats and will not return them,” – Chief Minister of Sabah Musa Aman, as quoted by The Malaysian Insight

At the same time, Sabah’s Agriculture and Food Industries Minister Yahya Hussin is denying claims that Vietnamese fishermen are encroaching on Sabah waters. The Kota Kinabalu Fishing Boat Owners Association claims that their monthly catch has dropped by more than 50% this year, and blames encroaching foreign vessels.

Well so which is it? Are they encroaching or not?

For now, MMEA is still investigating the matter and urges that the local fishing community not to engage with the Vietnamese fishermen for their own safety, Straits Times reports.

The Secret Island Base we almost had – Pedra Blanca

Not far away from where these raiders are, there is an island that goes by the name of Pedra Branca. It would have made a suitable base for MMEA to use for maritime surveillance and patrol of these waters. It is located a few miles southeast from Johor, between the waters of Johor and Singapore, and has  been part of a hotly contested legal battle over the past 20 years. The name of the island basically means “White Rock” in Portuguese, and has a long history that goes back centuries as far as the 1300’s, when Zheng He was still using it to navigate.

A long dispute followed in 1979 when Malaysia published a map which shows Pedra Blanca as part of its territory. This led to Singapore asking Malaysia like… Bro, I think something wrong with your map, like can you please change it? And what did Malaysia do…? Artist’s rendition of the International Court of Justice’s proceedings

The only sane thing to do, which was to take them to court and settle things mano a mano (not normal court but an international court… for countries).

We fought them kao kao with our lawyers and hantam all the evidence we could find… including documents from the British archives that may help to prove our claim. Singapore also lawyered up since they believed the island belongs to them.

Here’s a short timeline of events: Okay la… well fought, Singapore. How bout celebrating your victory by visiting one of our many beautiful islands? (jk no h8 pls)

Singapore won and got the island called Pedra Branca. But does that mean we walk away empty handed? No… not really. Malaysia got a consolation rock. Or to be more precise, two consolation rocks.

The court awarded Batu Tengah or Middle Rock to Malaysia, which is literally made up of two rocks in the ocean separated by 300m of water. It was still close to the area where the raiders are operating. So when life gives you rocks… You build a maritime base.

We don’t know they did it, but they did it. Construction on the Abu Bakar Maritime base was completed in August 2016, having taken four years and four months to build, costing taxpayers a cool RM61.5 million.

Welcome to Island Makeover, the one and only show where we turn your clam-rock, into a glam-rock! Today on our show we have one very lucky participant from the South Pacific. Presenting, our very own… Batu Tengah! So what does this new Abu Bakar maritime base have in store? Here’s a quick checklist:

The implication is that with these new tools and the advantageous positioning of the base, MMEA officers will have an easier time monitoring, tracking, and catching trespassing vessels and poachers. Just recently, KD Perdana—a navy missile ship—became the first navy ship to dock there. 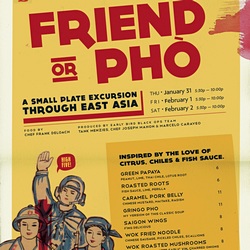