While everyone is raving about the Tanjung Bungah incident in Penang, another land debacle between the federal and state gomen might have slipped under the radar. In early October 2017, 3 houses and 2 shops were torn down at the Masjid Subang Airport, and it was attended by an angry mob, Parti Sosialis Malaysia (PSM), policemen, and the Petaling District and Land Officers.

In the end, 5 PSM members and 4 residents were arrested, and 17 people were left without a home. But between the state and federal gomen, there is some confusion as to who could have stopped the incident. Minister of Urban Wellbeing, Housing and Local Government Tan Sri Noh Omar said it was Azmin Ali’s (Chief Minister of Selangor) fault for not preventing the incident, while Azmin Ali said the matter was beyond the state’s power, as the land was federal property. But, was it legal for the residents to reside there in the first place?

Our fam at SOSCILI set out to investigate, and here’s what they found:

After living there for 20 years, the residents were recently labeled as squatters 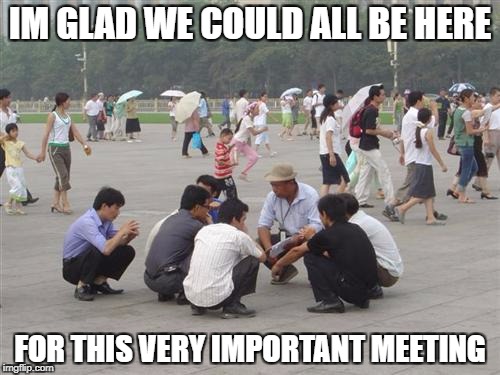 Two other people at the center of the issue are former residents Mr.Razak and Mr.Yaakob. Mr.Razak first came to Subang Airport in 1993, and was then picked as the mosque’s caretaker, while Mr Yaakob has been living there even earlier, sometime around 1980. With the management’s permission, they live in their own houses built within the mosque grounds, and they renovate and upgrade their living space with their own income.

But the land doesn’t belong to the mosque, its true owner is actually the federal gomen, and for airport-ing purposes, the land was leased to Malaysia Airports Holding Berhad (MAHB) for 60 years. On 28th September 2016, Mr.Razak and Yaakob received notices from MAHB to evacuate the land within 30 days, or to face the consequences. On top of that, they were accused of squatting on the land.

The letter came as a shock to the residents, because a few years ago in 2011, the MAHB gave the mosque authorities a completely opposite statement. In the 2011 letter,  MAHB agreed to allow masjid employees to settle on the land. The letter even went to spell out the full names of those that were permitted to live there, letter by letter. So it clearly proves that MAHB had recognised that Mr.Razak and Yaakob were staying there legally. This incident is actually reflective of a similar incident back in 2009. When MAHB wanted to construct some new quarters next to the mosque, but there were already 2 houses situated there. But the difference was, MAHB agreed to compensate the home owners for RM100,000 each, while in Mr.Razak and Yaakob’s case, they were only offered RM5,000 per person. Knowing about how the great difference in compensation, they declined the RM5,000 offer.

So, who was responsible to stop the demolition? The state or federal gomen?

When the incident happened, the SOSCILI audience was having a heated argument about who had the power to stop the houses from being torn down. In knowing whose responsibility it is to tear buildings down, then we can also know who could have ordered the operation to stop. Just to recap, the housing minister Tan Sri Noh Omar claimed that the issue could have been resolved with one phone call from Azmin Ali. But as we know, the land is federal gomen/MAHB property, and that was the reason the Selangor Chief Minister used in his defense.

“Matters of land are under the jurisdiction of the state government, according to Article 74 of the Federal Constitution. So, its clear that management regarding the land is the state government’s responsibility, not the federal government.” – Dr Hazmi Rusli, Faculty of Law and Syariah USIM, told SOSCILI

If you’re having doubts, you can check it out here (page 225 of the PDF file), which lists out the stuff the state gomen is responsible for. So it becomes pretty clear, that the state gomen was the one wearing the pants the whole time. PSM secretary general, A. Sivarajan actually said the same thing during a forum held for the incident.

“The federal government cannot retract the enforcement, but it can appeal to the state government.” –  A. Sivarajan, said at Forum Robohan Subang – Mimpi Ngeri Kerajaan Peduli Rakyat

So the conclusion seems to be: Selangor MB Azmin Ali could have stopped it the whole time.

NAH, BACA:
Can Malaysian smokers sue the government for taking away their rights?

It was only after their houses were demolished, that both the gomens began to offer assistance to those who lost their homes.

“I have had an immediate discussion with Sr. Nazmi Bin Osman, General Manager of Selangor Housing and Property Sdn. Bhd.(PHSSB) regarding the matter. As a result, PHSSB has agreed to offer residential units in Section 8 Kota Damansara Project Perumahan Rakyat (PPR) to the two families affected by the incident.” – Official statement by Selangor MB, quoted from Selangorkini

The Selangor gomen was also prepared to bear six months worth of rent on behalf of the families, but Mr.Razak rejected the offer, because he wanted a better house, and also because he needed a new premise to continue his food stall business, which is the source of income for his family.

What used to be Mr.Razak’s food stall.

Shortly after that, the federal gomen came in with their alternative proposal. The minister (Tan Sri Noh Omar) them offered houses at the Lembah Sungai 2 PPR, along with a place to continue his business and rent for both the premises. The residents accepted the minister’s offer in a key giving ceremony.

“The minister was more efficient and sensitive. I’ve never even met any representative from the state government. There were no black and white, whereas the minister phones me and brings me the actual forms… That is why I picked the federal government’s offer.” – Mr. Razak, quoted from Forum Robohan Subang – Mimpi Ngeri Kerajaan Peduli Rakyat

So, what rights do these people actually have?

A resident attempting to stop the demolition at Kg Chubadak. Image from themalaymailonline.com

The Subang Airport mosque incident is obviously not the first time something like this has happened. In the case of Kampung Chubadak, the residents lost their initial fight for ownership of the land and were labeled as squatters. But they later won in their re-appeal bid in the Court of Appeal, and the developers were ordered to pay compensation to the villagers.

Then there was the case of Kampung Berembang, which has become a controversial and emotional story in Malaysian settlement demolishment history. On November 2006, the Ampang Jaya Municipal Council was planning to demolish about 60 houses in Kampung Berembang. Villagers, activists, and NGO were there to protest. But in the end, all the houses were torn down, and even the surau that was at one point the last building standing in the village.

But in the end, there was a happy ending for the villagers. The Shah Alam High Court denied the developers the ownership of the land, and ruled that further discussion is needed if the developers wanted to claim it. The court also voided the developer’s previous order of eviction, and ordered the company to compensate the villagers for their losses. The news was greeted with cheers and applause from the villagers that filled the court halls.

In most of these cases, their houses were torn down to make way for new development of nicer and more expensive houses. While the number of luxurious property is increasing in Kuala Lumpur, KLites are finding it nearly impossible to afford their own houses. Policies and law can get pretty confusing at times, especially when the responsibility is divided between 2 gomens. Maybe the whole thing could have been avoided if someone would have just referred to the Federal Constitution earlier.